The New Atheism: What’s a Liberal, Spiritual Jew To Do? 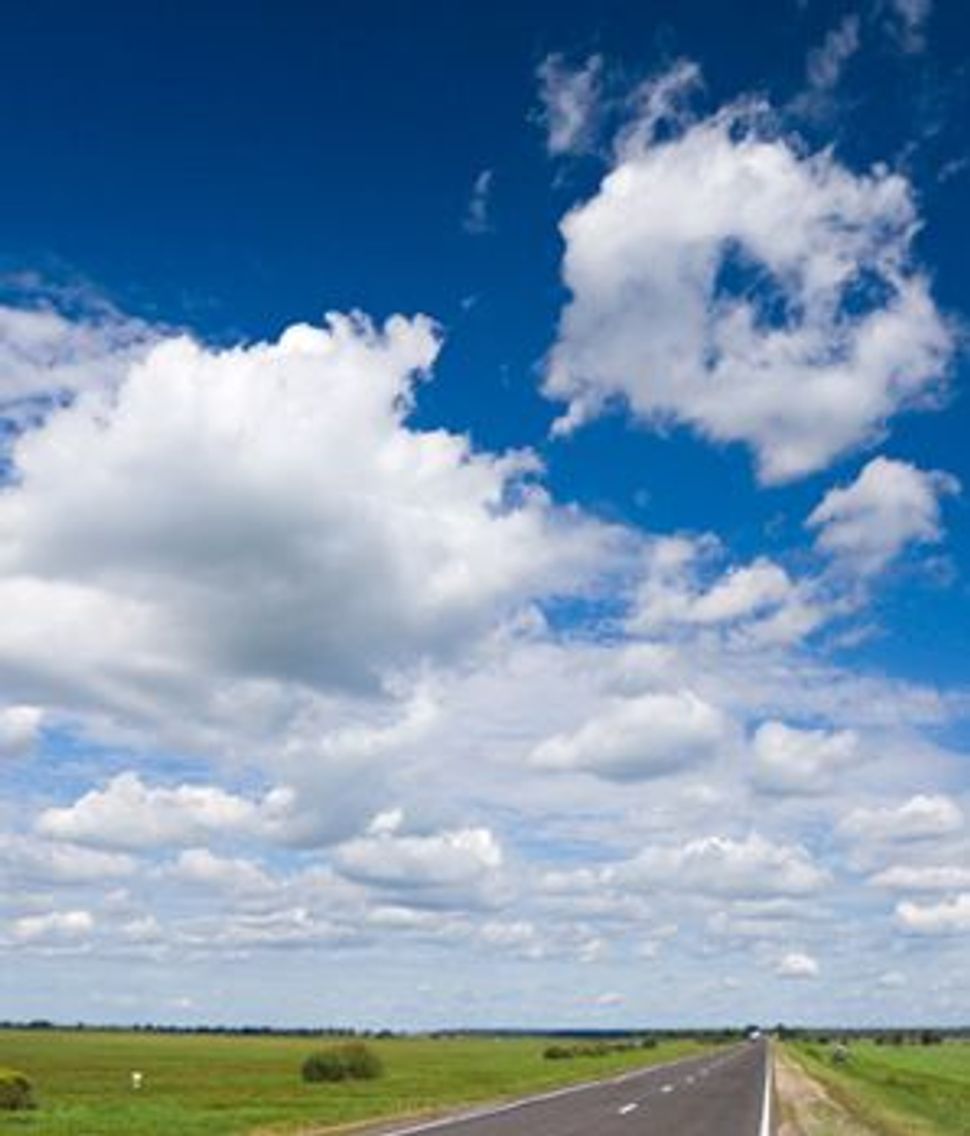 For the past four years, Jay Michaelson has offered Forward readers a panoply of diverse contributions — news pieces about “emerging Jewish spiritualities” and reviews of works from Franz Rosenzweig to “Meshugga Beach Party”; essays on paganism and sensuality, politics and homosexuality; expositions on Hanukkah, Purim and several Torah parshiot, and several pointed (and sometimes controversial) commentaries on the Jewish world today. The range reflects the writer: Jay is a law professor at Boston University, a doctoral candidate in Kabbalah at Hebrew University, the founder of the intellectual Jewish journal Zeek, the director of a national GLBT organization called Nehirim and the author of this year’s “God in Your Body: Kabbalah, Mindfulness, and Embodied Spiritual Practice” (Jewish Lights) and “Another Word for Sky: Poems” (Lethe Press), as well as prize-winning fiction and nonfiction that made him a recent finalist for the Koret Young Writer on Jewish Themes Award. 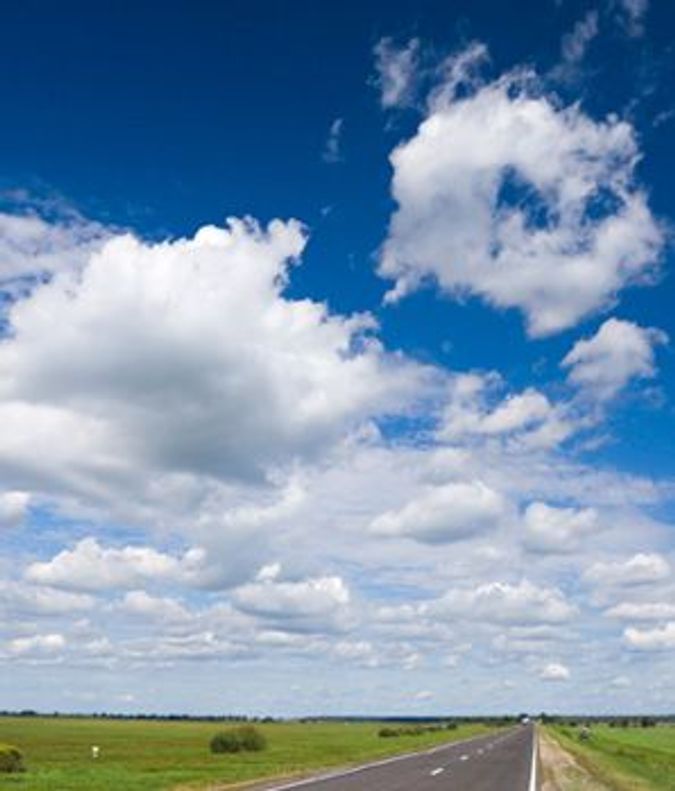 Indeed, the staff here likes to joke that Jay has a different “bio” each time he writes for us, so we thought it was time to create a column that draws on Jay’s diverse interests and capabilities. “The Polymath” is the result. A polymath is someone who has multiple fields of interest and expertise, and we think Jay certainly qualifies. Integrating culture and religion, sense and soul, the critical and the curious, the new column aims for a truly postmodern perspective: one that is neither a part of a continuous tradition nor wholly apart from it, and one that includes both theory and practice, breadth of perspective and depth of seriousness. In the age of the iPod, when all of us build our playlists from different styles and genres, is there any alternative?

It’s hard to be a liberal religious Jew these days. Some of us first felt this way back in September 2001, when we felt forced to make statements like, “Al Qaeda is not really Islam” or, “Religion still is good for humankind — just not that kind of religion.” Others started getting uncomfortable when the “clash of civilizations” entered the political mainstream, trying, with difficulty, to chart a “third way” between the religious right’s war of Christianity against Islam and the secular left’s struggle of secularism against religion, fundamentalism and intolerance — all three of which seemed to be synonyms for one another.

But now, with the rise of the “new atheism,” given voice by such writers as Sam Harris, Richard Dawkins and, most recently, Christopher Hitchens, the battle lines have grown even starker. These days, religion — all of it, not just the bomb-wearing, stone-throwing kind — has been blamed for everything from war to ignorance, racism and sexism, even just plain stupidity. Oy.

Dawkins and Hitchens, because their critiques are broader, are, in a way, easier to counter. Of course, not all religious people are deluded literalists who think that every word of the Bible/New Testament/Quran dropped from an anthropomorphic deity in pearly-gated heaven. But Harris, aware of the distinctions between fundamentalists and “moderates,” insists that we religious moderates are perhaps the worst of all, since we legitimize the fundamentalists, and ought to know better. His points are often well taken.

Unfortunately, the Jewish community’s religious writers have often replied with little subtlety and much defensiveness. Dennis Prager, for example, debating Harris in the online journal Jewcy.com, trotted out the old medieval proofs for the existence of God and then argued essentially that if so many people believe something, it simply has to be true. (Surely, by that reasoning, Christianity is right and Judaism is wrong, but I digress.) David Klinghoffer, in these pages, argued for ahistorical fideism: Forget the hard textual evidence about the authorship of the Bible and the Zohar, he said, we’ve got to stand up for what we believe — as though religion would become “indefensible” (his word) if the Orthodox claims of authorship ever turned out to be false.

But these are just the kinds of flimsy arguments that Harris, Dawkins and Hitchens love to hear: faith, surrounded by fallacy. They validate the atheists’ claims that religion is for the soft-minded and thick-skulled. It’s either something you believe or something you don’t, and once you take away the preposterous truth-claims at its foundation (for example, the world is 6,000 years old, or that a self-contradictory text was authored by an omniscient deity), the edifice of religion crumbles.

These are also poor allies for real religious moderates — by which I mean the sort of people who don’t believe the fundamentalist myth but do cherish the power of myth; who keep the mitzvot as spiritual practices, not as commandments from a rewarding-and-punishing God; who have a notion of the Divine in their lives, but not necessarily the traditional image of judgmental Yahweh ready to strike down sinners. Where is a Jewish moderate to turn in a polarized world where our allies are so disagreeable and our adversaries speak the words we ourselves long to hear?

Let’s admit it: There’s an attractive ebullience in the new atheism. Hitchens, as always, is an acerbic wit, while Harris’s book has the feel of finally “telling it like it is.” And the movement is spreading. I was recently forwarded a press release about “The Blasphemy Challenge” (www.blasphemychallenge.com), which encourages participants to blaspheme the Holy Spirit — the only unforgivable sin, according to some Christian doctrine — and upload their blasphemy video to YouTube. Not surprisingly, a large number of the participants are teenagers, and, at least for this religious liberal, the clips are great fun to watch. What you see is courage, freethinking, chutzpah: These are kids daring to take a stand. As a rebellious, God-wrestling Jew myself, I find it a lot more religiously inspiring than nice boys and girls standing in line to sing hymns.

At the same time, there are a number of blind spots and gaps in the atheists’ arguments as applied to religious moderates.

To begin with, all the leading atheist tracts assume that religion is, first and foremost, a matter of belief. Religion is bad science, basically, which insists that untenable propositions be taken on faith — especially since they can’t be proved, and can often be disproved relatively easily. This may be the religion of most Christians and some Jews, but most of Judaism is, in the familiar formulation, more about deed than creed — more what you do than what you believe. Keep the Sabbath, act justly, pray, obey the dietary laws? You’ve got most of Jewish law covered right there, regardless of what you believe about God and history. Now, of course, it makes sense that neo-atheism targets Christianity and Islam rather than Judaism, since the former are more populous and more important. But a lot of what their leading advocates say has nothing to do with me, or my less “moderate” co-religionists.

Second, and relatedly, the religion conjured by the atheists is altogether too rational. It’s as if people woke up in the morning and selected a belief system as they would a box of cereal off the shelf. For most spiritual liberals, however, religion is what gets you in your guts: It’s the primal archetypes that speak to the heart, the embodied rituals, the symbols pregnant with thousands of years of history. Harris wants us all to meditate and become Buddhists (the last chapter of “The End of Faith” is a straight dharma talk, like those I’ve heard on many a Buddhist retreat), but this prescription ignores the role that myth plays in individual and communal life. As a Buddhist practitioner myself, I do think that the world would be better off if more people would meditate. But most people don’t have the time, aptitude or enthusiasm for such pursuits. They need a system that provides meaning, community, ethics and story; they thirst for symbol and myth. Religion, not meditation, does that — including in the Buddhist world, which, as Harris fails to mention, is just as full of ritual, deities, dogma and myth as the Jewish and Christian ones.

Finally, there is the element of community. Yes, as Hitchens relentlessly points out, most people’s images of God are primitive. But this is the genius, not the failure, of religion. As Maimonides wrote more than 800 years ago, religion works because it speaks on multiple levels. Philosophers can find their truth in biblical text (albeit with some linguistic stretching), and people too busy feeding their families to study philosophy can find ethical guidance and communal myth. Of course, there is always the danger in such a system that some less-philosophical types will over-literalize and fetishize their religious beliefs. In the mystical metaphor, they mistake the finger pointing at the moon for the moon itself. But the alternative is a medieval world in which one must be a theologian in order to be religious.

None of this is to deny the trenchancy of many atheist arguments. Certain beliefs are indeed risible. Jews, like just about every other religious group, have long believed that our tribe is better than others, a notion that once ensured our survival but has long outlived its usefulness. Primitive ideas about God — again, that He likes us more than other people, or that He is a He — should evolve, just as our primitive ideas about cosmology, disease and technology have evolved. And we should never confuse religion (why the world is, and what we should do) with science (how the world is, and what we can do). Neither does a good job of impersonating the other.

Harris is also right that we moderates are kidding ourselves if we think we’re not complicit in the far right’s “distortions” of our religious and spiritual ideas. Those of us who style ourselves religious moderates must take responsibility for acts of intolerance and violence committed in our religion’s name — which, to be fair, Jews of all political stripes almost always condemn, even as we argue over the details.

In short, the new atheism is an important, useful auditing of our religious ideas. We should read its arguments and, rather than defensively parry them, consider them with a critical mind. And where appropriate, we should check our religious zealotries with careful reflection, ethical consideration and, yes, quiet meditation before they lead to dangerous consequences.

Personally, I haven’t taken the Blasphemy Challenge. Not only because it’s meaningless to me (denying the Holy Spirit being someone else’s blasphemy, not mine) but because I prefer to address the world as You rather than It. I love my relationship with God, even though I have no idea what that word means. That said, I share with the neo-atheists a serious doubt not only of my religion’s dogmas but even of my own religious sentiments and mystical experiences, which I have had thanks to serious spiritual practice. At the end of the day, whatever God is, It must be closely related to truth, and so certainty is the enemy of true religion, not its support.

But I find, when my mind is quiet enough to let the rest of me be truthful with itself, that the movements and notes of religion cause me to be more loving, more compassionate and more insistent upon justice. I don’t believe the nonsense that our religion often spreads about God, Torah and Israel. But I’ve found that there is something deeper than belief.

The New Atheism: What’s a Liberal, Spiritual Jew To Do?