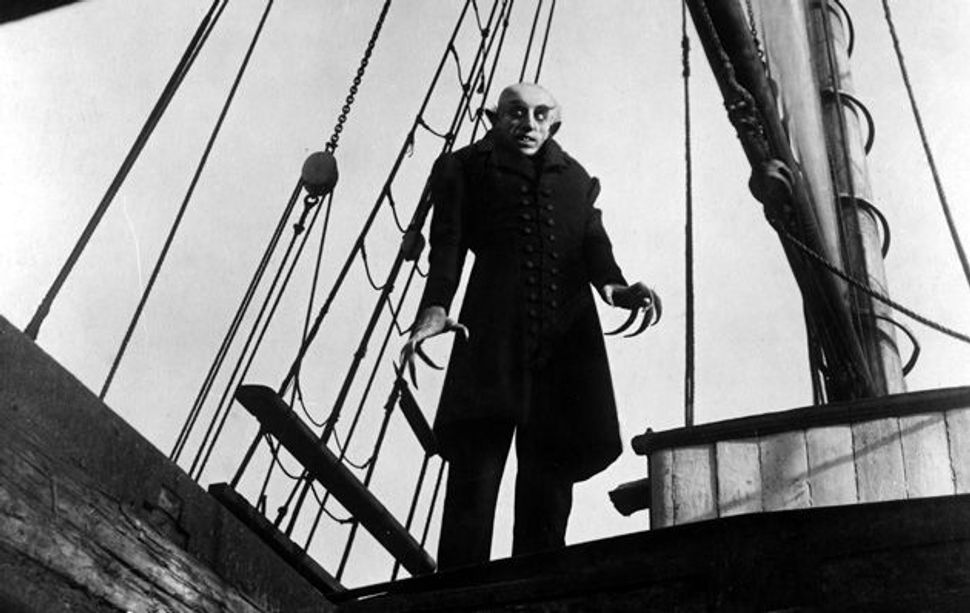 Image by COURTESY OF KINO INTERNATIONAL

Anne Rice declared in 2005 in the Author’s Note to her novel “Christ the Lord” that her return to Catholicism meant she would no longer “write anything that wasn’t for Christ.” She professed no more vampires, since they reflected a “world that didn’t include redemption.” In her new novel, “Angel Time: The Songs of the Seraphim,” then, Rice creates a new hero, one who seeks redemption with the divine aid of an angel and explores another idea from that same Author’s Note: that the sheer miraculousness of Jewish survival is proof to her of God.

Rice wrote: “I stumbled upon a mystery without a solution, a mystery so immense that I gave up trying to find an explanation because the whole mystery defied belief. The mystery was the survival of the Jews. As I sat on the floor of my office surrounded by books about Sumer, Egypt, Rome… I couldn’t understand how these people had endured as the great people who they were. It was this mystery that drew me back to God. It set into motion the idea that there may in fact be God.”

Rice’s phrasing is telling — she writes of the Jews, “the great people who they were,” not “who they are.” In “Angel Time,” one gets the sense of this vision of the Jews as a once great people, a historical specimen, a people from the past — something as otherworldly as a vampire.

The hero of “Angel Time” is a young man, Toby O’Dare. Once a talented musician saving to study the lute, he becomes a hired assassin after his alcoholic mother murders his little brother and sister. After one assassination, Toby enters a dark depression, at which moment the angel Malchiah appears and gives him the chance to seek redemption by coming to the aid of the Jews in England at a time “when the Christmas pageants have ended and a time of troubles for the Jewry has begun.”

Agreeing to the mission, Toby finds himself transported to medieval Norwich from present-day California, dressed as a Dominican monk. His task is to protect the Jewish Fluria and her husband, Meir, from the townspeople’s charge that they have poisoned their daughter and secretly buried her because she dared to attend church with her friend.

Though Rice has forsworn the world of vampires, she hasn’t entirely left it behind. Toby shares many features with vampires: Both are heroic figures whose personal suffering leads them to accept missions in which they are “required” to murder; both are immortal; both survive through the centuries.

This link between Jews and vampires is evident in Rice’s descriptive passages. In “The Vampire Chronicles,” Rice focused with obsessive detail on portraying the beautiful physical appearance of the vampires: “[t]he vampire’s full black hair, the waves that were combed back over the tips of the ears, the curls that barely touched the edge of the white collar.” Here, that sensuous detail comes in Rice’s description of the physical beauty of Jews: Toby’s Jewish girlfriend was a “lovely dark-haired beauty” with “long black hair and dark eyes”; Meir, the young Jewish man in Norwich, “had slender beautiful hands, and a soft dreamy depth to his eyes,” his “high cheekbones appeared to be polished, so tight was his skin.” Now the Jew, not the vampire, is the otherworldly exotica.

Jews substitute for vampires not only in appearance, but also in their performative identity. In “Interview with the Vampire,” the vampire Louis and the child Claudia are led to Theatre des Vampires, where real vampires act as stage vampires. As Ken Gelder writes in “Reading the Vampire,” their performance onstage reveals vampirism as “a mode of representation, a sign of vampirism, a style or posture…. There is no reality or meaning behind vampirism…. But one can still ‘be’ a vampire because — since there is no reality behind it — acting and being collapse into each other.” Being a vampire is a “pose,” then, a posture, something one chooses to be by acting as one.

In “Angel Time,” it is the Jewish religion that is shown to be “a mode of representation,” a posture behind which there is no reality, a simulacrum. Toby’s idea to save Fluria and Meir is to have Luria’s twin sister, Rosa, come to Norwich from France and convince the townspeople that she is the dead Lea. At first the old man, Eli, the Jewish character whose strict morals seem to derive from his faith, denounces their plan. But at the novel’s end, Eli surprisingly steps forward and puts on a performance before the royal court, declaring that his granddaughter Rosa is actually Lea. He theatrically declares: “‘I would know her were there a thousand Rosas to fill this room and say otherwise. I know her voice. I know her as no one with sight could possibly know her. Are you to challenge my gray hairs, my wisdom, my honesty, my honor!’ He at once reached out for Rosa, who went into his arms. He crushed Rosa to his shoulder. ‘Lea,’ he whispered. ‘Lea, my own.’”

According to Rice, it is not faith that saves the Jewish people, it is a Jewish ability to adapt and perform before a believing Christian audience. Eli is not able to save his high morals, his strict adherence to his Jewish code of ethics, but he is able to save the life of his daughter and her husband. In this novel, survival is deemed more worthy for the Jews than redemption. Here, the Jews are the backdrop to Toby’s heroic quest — the vehicle for his redemption, but not the heroes of their own tale. Even though it is actually a Jew in the story who saves the Jews, it is Toby who seeks and achieves redemption.

For Rice, Jews and vampires are crucial mediums for the power of the text; for both, their “immortality” comes from convincing listeners. Rice’s narrators write or are interviewed and parlay Jewish or vampiric representations into their own narrative seductions. In “Angel Time,” Fluria captivatingly tells her story to Toby for four entire chapters, and sounding like a most experienced storyteller, begins with the words, “I will tell you the whole tale, and maybe in the telling we’ll find the decision, because this is no ordinary tragedy we face, and this is no ordinary tale.” In “Interview with the Vampire,” the vampire’s oral story is so seductive that the interviewer longs to become a vampire. Rice is fascinated by immortal illusion makers (and surely hopes her books can likewise convince and survive).

At the novel’s end, Toby returns to the present, where he writes down his personal story and tells of his experience with the angel. He mentions how he researched the “Jews of Norwich,” and confirmed that Meir was a real person, “[but] the sad history of the Jews in England in the Middle Ages soon came to an abrupt finish in 1290 when all Jews were expelled from the island… what I had come to know was that Little Staint William had the distinction of being the first case of a ritual murder attributed to Jews, a charge that would reoccur over and over again throughout the Middle Ages and after.”

Jews here are a mere historical fact. It’s not that Rice is antisemitic, trying to put forth that Jews are vampires. It’s quite clear here that the age-old charge of blood libel against the Jews is a false one. Yet the novel — and by extension, the author — is really concerned not with the fate of the Jews, but with that of Toby’s Christian soul. Fluria may be a powerful story-teller, but Toby gets to write the last word.

Laura Hodes is a writer and lawyer who lives in Chicago and blogs at www.personalpolitic.blogspot.com.