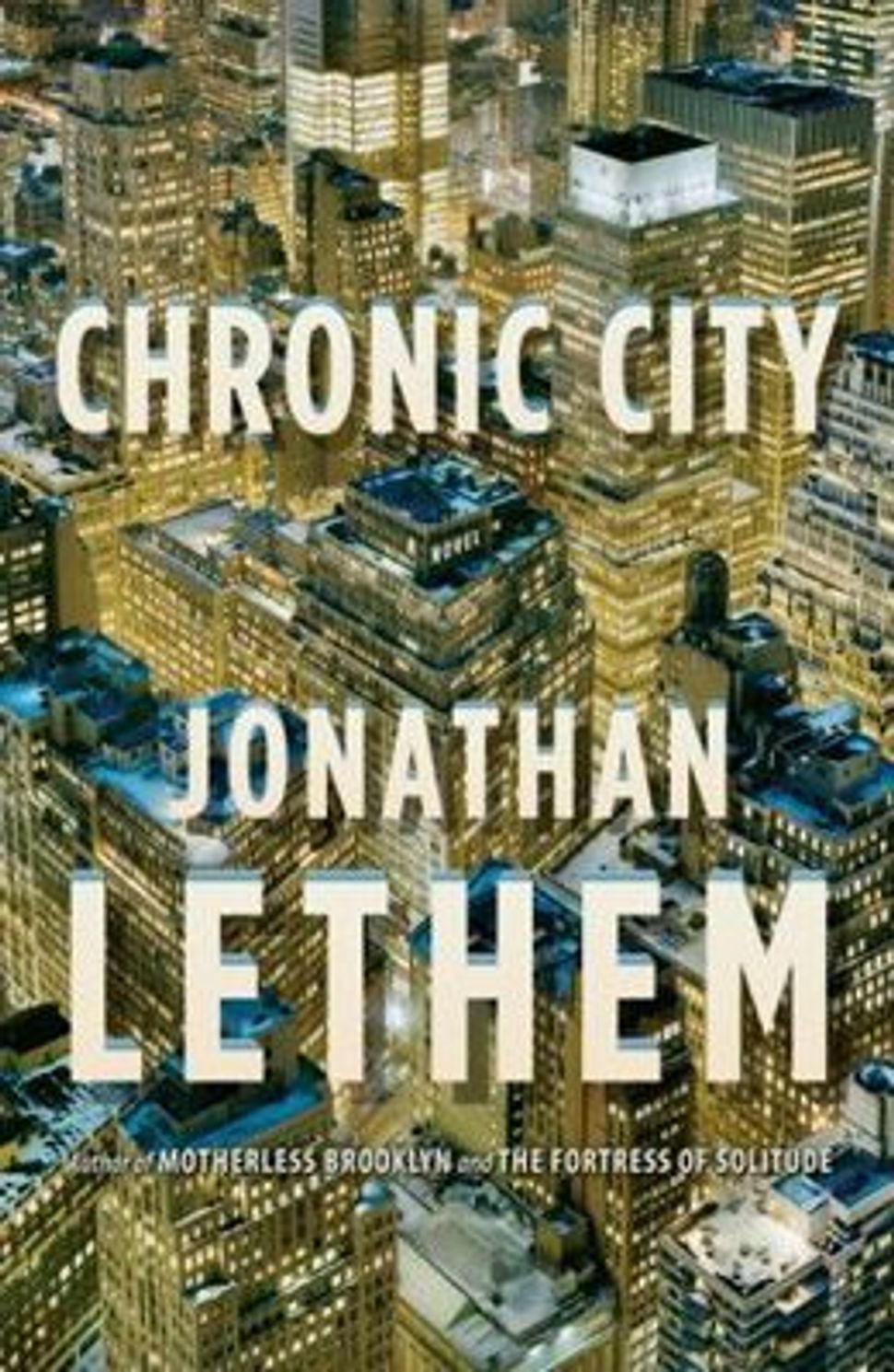 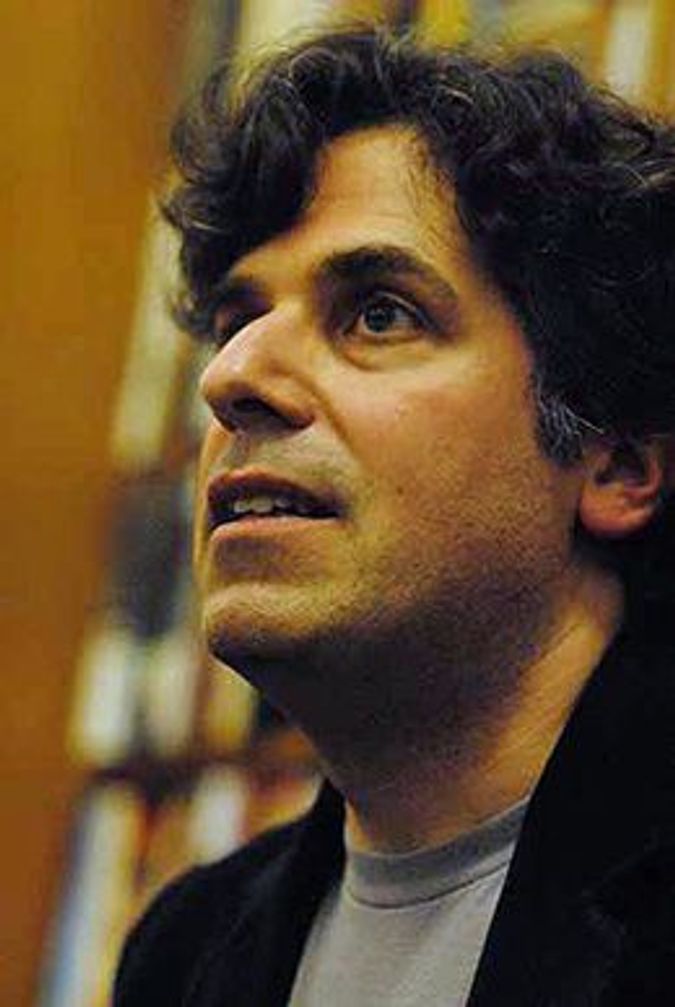 ‘Chronic City” initially seemed an important and pleasurable novel to review, just as it must have initially seemed, to Jonathan Lethem, an important and pleasurable novel to write. The ideal reviewer, as if a character in science fiction, relives the writer’s experience word by word, sentence by sentence. The reviewer becomes, in a sense, the author’s projection or double, questioning choices of plot, wording and punctuation, and revising paragraphs and pages, until what results is an alternate book: Like it or not, you’re reading my own version of “Chronic City” now. (This is apropos of nothing much. But it seemed important and pleasurable enough at the beginning.)

Questionable projections, revisions, impersonations, impostors: These have been the themes of Lethem’s eight novels to date, novels that have won him awards, critical respect and, what’s most incredible, adulatory readership. The eponymous “Chronic City” could be the chthonic city of New York — New York is chronically New York, with no hope of recovery — or it could indicate the slang term for marijuana. Everyone in this book tokes a smoke: “everyone” being less like fleshed Manhattanites than like hysterical ciphers with unbelievablenyms, such as Chase Insteadman, a former child actor; Oona Laszlo, a ghostwriter; Richard Abneg, a fixer for the mayor’s office, and Perkus Tooth, professional eccentric.

For 400 pages these caricatures, inveterately unemployed but solvent Upper East Siders, make meandering conversation about modern art and the stalled construction of Manhattan’s Second Avenue subway. “Meanwhile,” as they say in the comic books that inspire this farce, Insteadman’s girlfriend, Janice Trumbull, orbits the earth in a spacestation prevented from returning to our atmosphere by a floating minefield loosed into space by the Chinese; Lazslo hacks away at a monograph by, and about, an installation artist whose newest project involves digging immense chasms in city streets, and Abneg gets a Turkish millionairesss pregnant after having to vacate his apartment, eminently domained as a roost for endangered eagles. 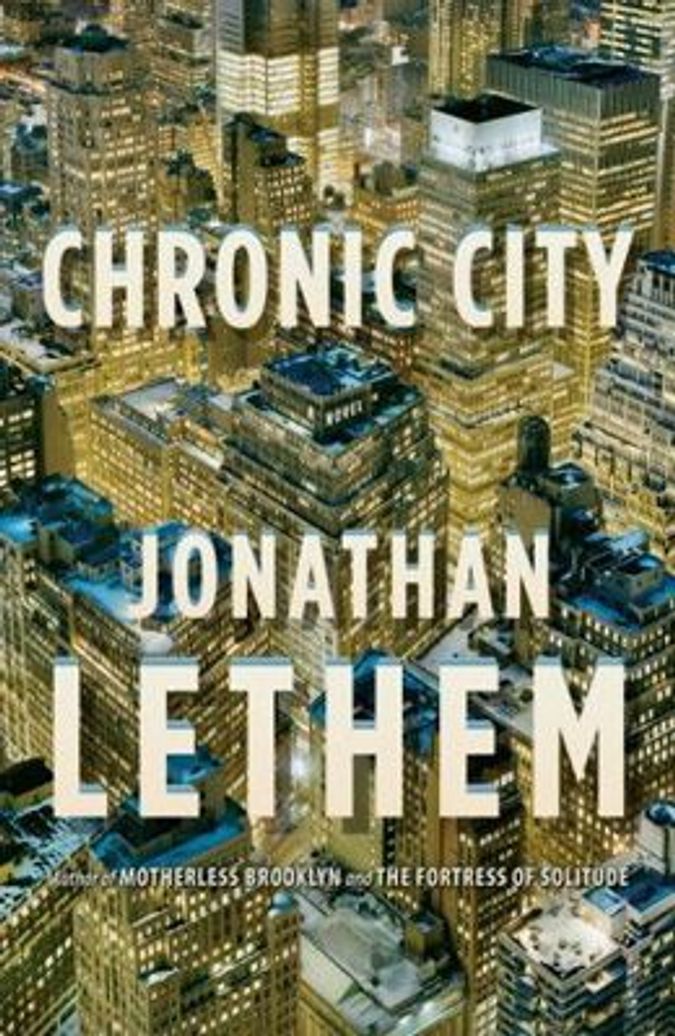 But it’s Tooth who’s the match setting the rest to smolder. In a New York book, he’s the most New York character; everyone knows him or someone like him: a pop-culture critic, trivia autist, cineaste, burger eater, spliff burner extraordinaire. His is an endearing, sweet-toothed presence, and his standup monologues, especially when he’s stoned, should give rise to what I’ll call (unfortunately soberly) Lethem’s Law: Namely, it’s impossible not to like a man, fictional or not, who makes frequent reference to Seymour Krim.

Which is also, like, the problem. Among its discussions of chemotherapy in space, dog walking on the East Side, and the Internet and its relationship to a type of ceramic known as a chaldron, Lethem’s madcap book, its Tooth in particular, drops names like pennies from the top of the World Trade Center (in this book, the Twin Towers are standing, free of terrorism, only to be beset by a terrible fog) — names like that of downtown essayist Krim, and Gillo Pontecorvo, Paul Mazursky, John Cassavetes, Montgomery Clift and Marlon Brando. And these nods and nudges lead to clouds of idle chatter: If you were a Lethem character, which Pontecorvo film would you prefer: “Burn!” with Brando, or “The Battle of Algiers”?

In “Chronic City,” Lethem has created, and become himself, the ultimate creepster booster, a sort of emeritus uncle on an unstoppable harangue: manically paranoid, obsessed with arcana, better at remembering full casts and crews than at doing laundry or taking out the trash (or the novelistic equivalents of laundry and trash-taking). Not wanting to give away the book’s true surprises, suffice to say that even when Insteadman’s life becomes less reality than reality show, and a tiger that might be only a reification of the economic Asian Tiger runs amok uptown, it’s still Tooth’s riffs that compel:

It’s amazing that a man who inhales as much pot as Tooth has this much air to talk.

In tribute to all the Tooths in New York, but in warning to Lethem, I’ll close with my own critical shtick: It’s enough already with this literature of fandom. Artworks that only namecheck other artworks are not necessarily artworks themselves. To write about other writing — or worse, about “Star Wars” and Dungeons & Dragons, as Junot Diaz has done, or about the downtown music and art and film scenes of three decades ago, as Lethem does — is not to write for, and of, one’s unmediated self. Imagine if Melville decided to nostalgically memorialize his favorite constipation cure, or if Faulkner dedicated large portions of his novels to sentimental discussions of Mark Twain’s corpus, or that of a more obscure Southern writer.

The argument against mine is that we’re a branded culture: We write and read in a world in which everything has a name, and every name its price. But I’d argue that just because we’ve all become consumers doesn’t mean that what we consume, or create, has to be consumptive itself: constantly regurgitating references to artifacts and realia; comparing narratives of yesterday while collecting underground, somehow purer artists whose careers best oppose our sense of emptiness today. No, this literature of hint and allusion, of ephemera and wink, doesn’t have to be the future of our literature. Lethem has written novels before without all the proper nouns and signifiers of “Chronic City.” Indeed, he’s best when inventing worlds, not populating our own world with the names of people, movies, songs and books he thinks are necessary, or unjustly forgotten. If his writing doesn’t change, and change our culture, “Jonathan Lethem” will be just another fannish namedrop in the novels of a dystopian tomorrow.

Joshua Cohen’s novel “Witz” will be published in spring 2010.