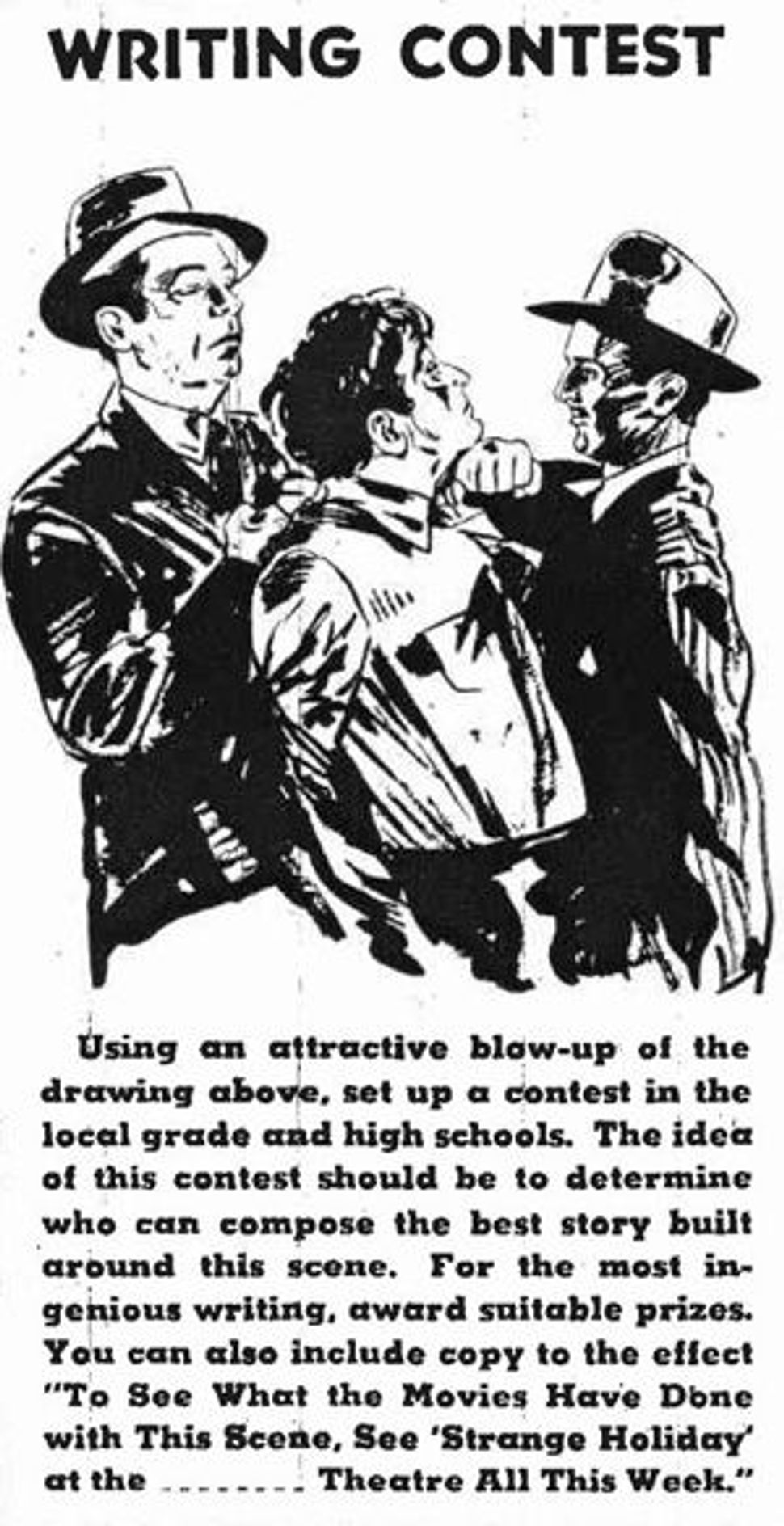 Arch Oboler’s “This Precious Freedom” (1942) is the first film ever made about a Nazi takeover of the United States. It was suppressed by its producer, an automaking company better known today for financial than moral bankruptcy: General Motors Corp. 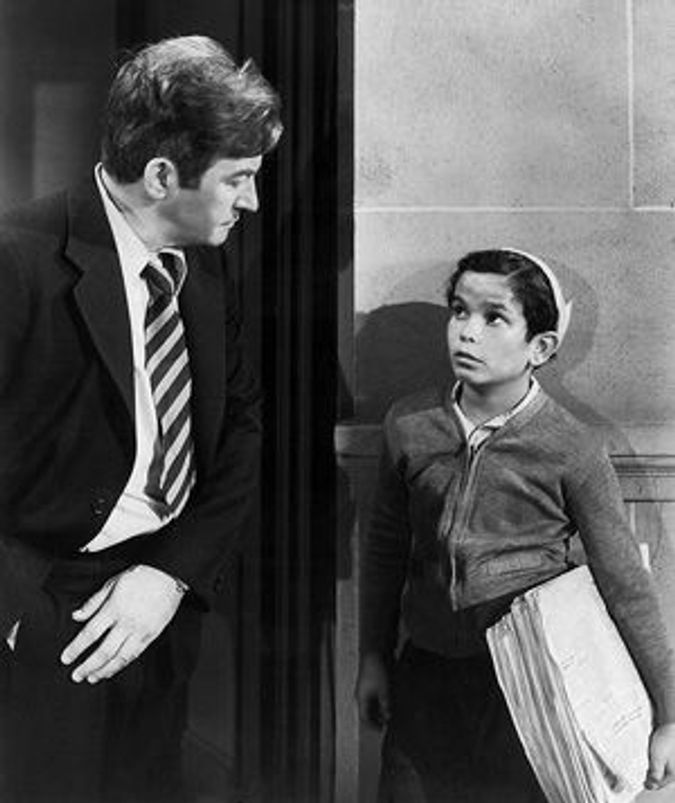 Freedom Stifled: Claude Rains and Tommy Cook in ?This Precious Freedom? (1942), which never saw the release it deserved. Image by COURTESY TOMMY COOK

Broadly, Oboler was to radio what Rod Serling (“The Twilight Zone”) became to television. But he was also much more. He was a maverick, independently filming the first nuclear holocaust drama, “Five” (1951); his film influenced the French New Wave. He was a technology visionary, transforming Hollywood by making Bwana Devil (1952), the industry’s first color 3D film. Oboler devoted a fortune to creating the perfect 3D process; only recently have other filmmakers realized that dream. Sadly, his sole foray onto Broadway, “Night of the Auk” (1956), failed. Produced by Kermit Bloomgarden (“The Diary of Anne Frank”), directed by Sidney Lumet and starring Claude Rains, “Night of the Auk” was a nuclear holocaust drama set aboard the first spacecraft to land on the moon. The demise of that play, and the coincident death of Oboler’s youngest son, triggered a decline from which he never recovered. But in the 1940s, he was at the top of his game. He was NBC’s answer to CBS’s radio auteurs Norman Corwin, Orson Welles and Archibald MacLeish.

Oboler yearned to write dramas about Hitler’s barbaric treatment of Jews and other minorities. But in isolationist America, NBC and its sponsors prevented him from writing direct attacks. When America was bombed out of its complacency at Pearl Harbor, Oboler’s propaganda plays were suddenly in demand. His talents were sought not only by the government, but even by President Franklin D. Roosevelt’s domestic adversaries, like Alfred P. Sloan, GM’s leader.

As early as 1927, GM promoted itself by sponsoring short films and NBC radio programs. Overseeing these projects was GM’s public relations vice president, Paul Garrett. Where WWII was concerned, Garrett told Sloan that “his first priority was interpreting to the public what [GM] is doing in the war in ways that will build a strong public position for the future.” Garrett’s public relations campaign was especially important, given that GM’s German subsidiary, Opel, had supplied the Nazis with such vehicles as the Blitz truck. Garrett also had to convince GM’s workers not to strike; the company’s factories were newly converted to wartime production. In “This Precious Freedom,” he believed he found a suitable PR vehicle.

Oboler wrote “This Precious Freedom” for radio in 1940, when America was isolationist. His play told the story of John Stevenson, a successful American businessman who upon returning from vacation to his hometown, discovers that it is occupied by a fascist fifth column. Oboler does not name the traitors, but the German accent of the chief villain leaves no mistake as to their Nazi affiliation. Now an enemy of the state, Stevenson is interrogated and tortured. At the dramatic conclusion, he acknowledges his complicity with the enemy:

John [Stevenson]: Yes — all the things I said! 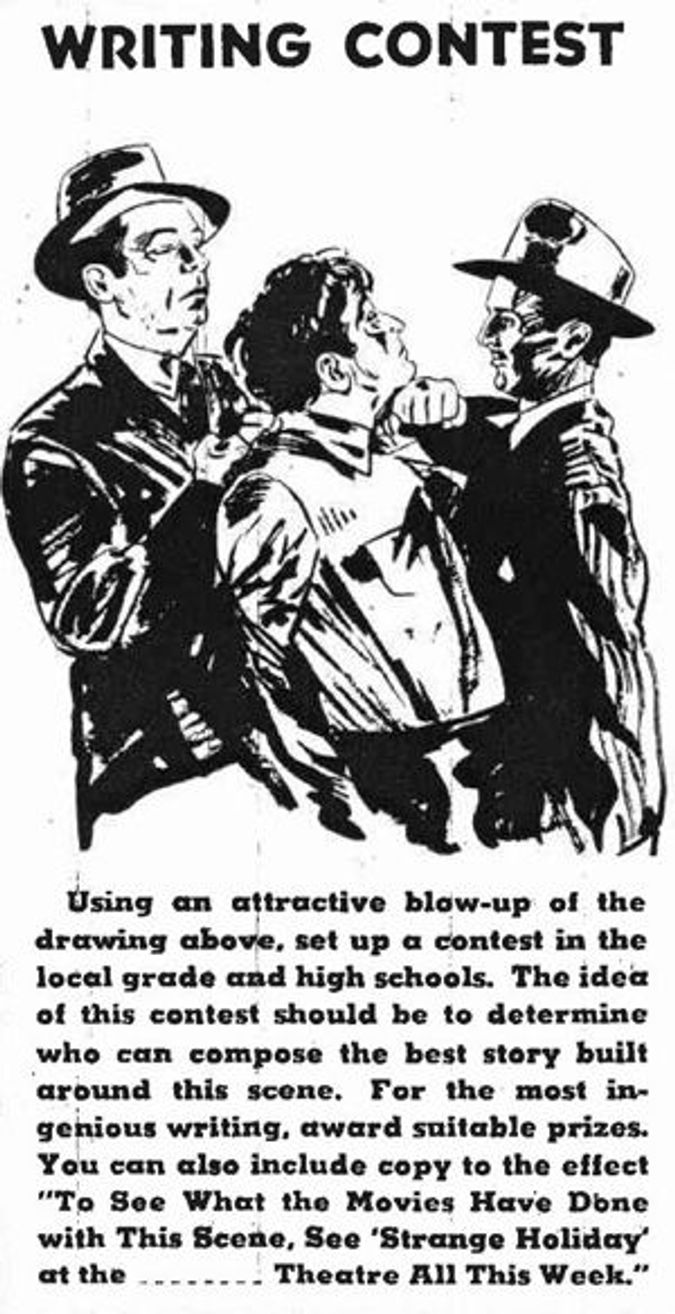 Oboler recalled NBC’s objections to the play: “[they] took one quick look at the script and announced it could not be broadcast. Why? We were not at war with Nazi Germany.” Oboler provoked NBC with not only his theme, but also his casting. For the lead, Oboler chose Canadian Raymond Massey. Audiences knew Massey from his stirring film portrayal of an American symbol of freedom, Abraham Lincoln. Massey’s country was already at war with Germany, and he supported Oboler’s quest to awaken NBC’s conscience: “[He] was so infuriated at the situation that he joined me in a cross-country flight [from Los Angeles] to Radio City [NBC’s headquarters in Manhattan].” At Radio City’s offices presided NBC’s most powerful executive, David Sarnoff.

Similar to Oboler, Sarnoff was the son of Russian-Jewish immigrants. He ascended to the presidency of both RCA and NBC, suffering many antisemitic indignities. He was appalled by the Nazis and apprehensive about their aims but “sensitive to the antisemitic charges that Jews controlled the media and that World War II was a ’Jewish war[.]’” Sarnoff believed that he could best combat Nazism by developing communication technologies that America would need should it become involved in WWII. Oboler disagreed with this approach and delivered his ultimatum, making “the flat statement that unless ‘This Precious Freedom’ was broadcast as written, I would withdraw [my] program [“Everyman’s Theatre”] from the air, making it the shortest-lived commercial series in radio history. The cancellation of a single play was of small concern to the network, the potential loss of six or seven hundred thousand dollars of network time was another kettle of kilocycle fish.” The show went on as scheduled. It was selected as the “outstanding sponsored radio drama” by the Institute for Education by Radio in 1941, prior to the bombing of Pearl Harbor.

Oboler must have felt completely vindicated when GM, a company that symbolized the businessmen he criticized, hired him to film “This Precious Freedom.” GM planned to show the film, free of charge, to its employees in 40 American cities. To star, Oboler secured British-born Rains. For a cinematographer, Oboler hired future Academy Award winner Robert Surtees. For music, Oboler obtained future Grammy winner Gordon Jenkins. Initially, GM executives reacted positively to Oboler’s film. Nonetheless, they decided to shelve it. Their reasons for doing so are still unclear. On December 7, 1942, however, Oboler sent a telegram to Rains, deducing that GM found the picture to be “Too strong meat.”

A few months before his death in 1987, Oboler claimed that GM shelved his film because the company was doing business with the Nazis. No historical evidence has ever surfaced to substantiate Oboler’s accusation that GM continued to deal with Nazis after America entered WWII. But given GM’s prewar dealings with Nazis and Sloan’s public antipathy for Roosevelt and his begrudging admiration for Hitler, it is not difficult to understand why Oboler thought GM’s motivations were nefarious. “This Precious Freedom” survives in an altered and mangled film version released postwar, titled “Strange Holiday.” Except for scattered late-night TV showings, “Strange Holiday” has been almost impossible to see, but it is now available on YouTube. It’s a reminder of a time that seems unfathomable now: when American artists could be silenced for their anti-Nazi views, and people still believed that what was good for General Motors was good for America.

Matthew Rovner is an attorney in Seattle, Washington. He is writing a biography of Arch Oboler.