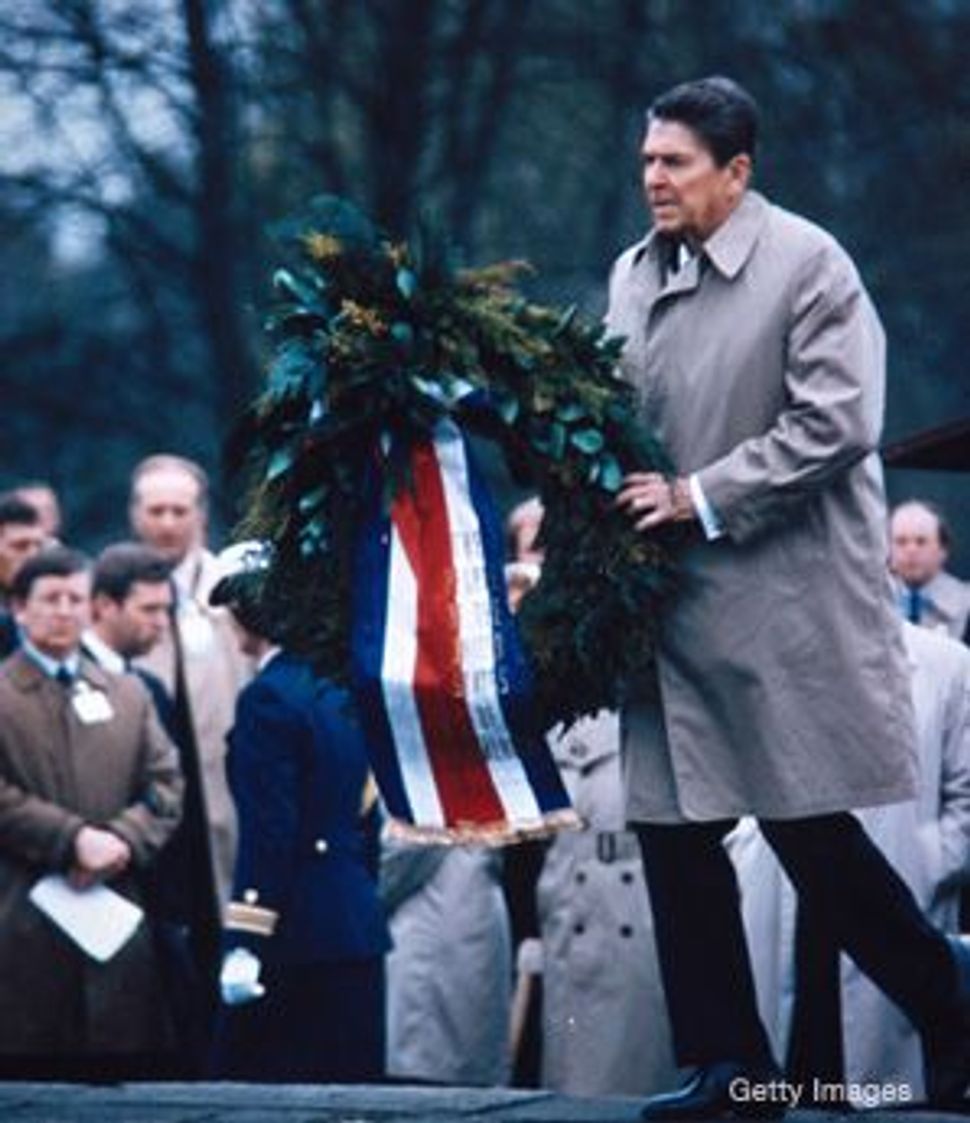 In his innermost thoughts, Ronald Reagan was genuinely friendly toward American Jews. As the recent publications of other former presidents’ private writings and rantings have shown, this is no small thing. The 2003 release of Harry Truman’s diary quoted the 33rd president as writing, “The Jews, I find, are very, very selfish.” Last year, Jimmy Carter was quoted as telling senior campaign aides prior to the 1980 elections, “If I get back in, I’m going to [expletive] the Jews.” Meanwhile, every newly released Richard Nixon tape seems to carry another antisemitic slur, with the most recent, released in 2002, containing a conversation in which Nixon laments Jewish power with the Rev. Billy Graham. 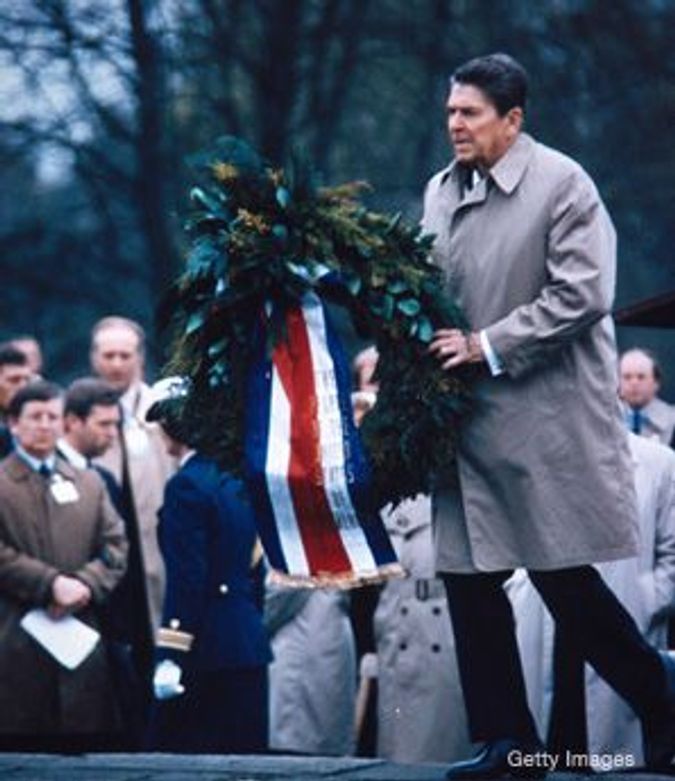 Yet in the recently published book “The Reagan Diaries” (HarperCollins), edited by historian Douglas Brinkley, Reagan demonstrates impressive compassion for Jewish causes. In his first personal communication with Soviet Premier Leonid Brezhnev, for example, Reagan requests that Jewish dissident Anatoly (later Natan) Sharansky be released from the gulag and permitted to join his wife in Israel. In another episode, after addressing an audience of Holocaust survivors and their children, Reagan remarks: “It was an emotional experience for them & for us. I know I choked up a couple of times.” And even when confronting Jewish groups opposing the sale of the Airborne Warning and Control System planes to Saudi Arabia, Reagan strongly affirms his support for Israel: “… it must be plain to them, they’ve never had a better friend of Israel in the W.H. than they have now.”

In these instances, the extreme conviction with which Reagan records his daily thoughts is reassuring. But Reagan’s May 1985 decision to visit the graves of World War II German soldiers in Bitburg, West Germany, offers a very different sort of picture. The president’s certitude about the rightness of the visit— and his stubbornness in the face of public and private outcry — is worth glancing at again in hindsight.

The Diaries’ first mention of Reagan’s decision to visit the Kolmeshöhe Cemetery, which contained the graves of Nazi-SS soldiers, occurred in November 1984. During a meeting with West German Chancellor Helmut Kohl at the G7 Summit in Bonn, Reagan recorded that the Germans feared being “ignored” during the upcoming 40th anniversary of V-E Day. “They suffer a great guilt complex over the Nazi period,” he wrote. “I’m suggesting including them this time & making the occasion one of celebrating when the hatred stopped & peace & friendship began which has continued for 40 yrs.”

In the firestorm that ensued once the upcoming Bitburg visit was leaked to the public in early April 1985, Reagan adamantly held his ground. “There is no way I’ll back down & run for cover,” he wrote. Most disturbingly, the president defended his decision by drawing an obscene analogy between American World War II soldiers and Nazis. “Would Helmut be wrong if he visited Arlington Cemetery on one of his U.S. visits?” he asked.

During this episode, Reagan’s frustration with Jews speaking out against his visit to the Bitburg cemetery was unmistakable. “They [the press] are really sucking blood & finding every person of Jewish faith they can who will denounce me,” he wrote April 18. The following day, Reagan referred to the uproar as his “‘Dreyfus’ case,” refusing his advisers’ calls to cancel the visit. Even first lady Nancy Reagan, renowned for her supportiveness, was described as “uptight about the situation.” Though peeved, Reagan remained undaunted. “I’m not going to cancel anything no matter how much the bastards scream,” he wrote.

When it ultimately came time for the May 5 visit, Reagan’s angry defensiveness returned to the cool conviction that otherwise colors most of his writing. After declaring that “we must never forget & we must pledge, ‘never again’” during a morning visit to Bergen-Belsen concentration camp, Reagan arrived at the Kolmeshöhe Cemetery to a large crowd of German onlookers, most of whom he believed to be approving. During a brief ceremony, an American and German general from World War II each laid a wreath at the cemetery monument. When the two unexpectedly shook hands at the close of the ceremony, Reagan called it a “truly dramatic moment.”

Polls later showed that 59% of Americans supported Reagan’s visit — up from 49% before his trip. “I always felt it was the morally right thing to do,” he wrote.

While Reagan’s own account of his decision to visit Bitburg is a deeply disturbing read, it is generally considered the exception in an otherwise positive record on Jewish-relevant issues. “I think it was an episode — a sad episode,” said the Anti-Defamation League’s national director, Abraham Foxman. “The Jewish community’s attitude toward Reagan was that he was a friend, and certainly a friend of Israel. He could have been a greater friend, but [the Bitburg visit] did not tarnish him significantly.”

According to Foxman, the Bitburg visit was far more damaging to Germany’s image among American Jews. “It backfired on Germany,” he said. “We saw that they were impatient to achieve normalcy, without understanding that we can never be normal. We can have relations. We can have understanding. But it can never be normal, certainly not as long as survivors and perpetrators [of the Holocaust] are around.” For this reason, it was the German government — and not Reagan — that undertook efforts to repair relations with the Jewish community after the Bitburg controversy, Foxman said.

If Reagan’s visit to Bitburg soured relations with the American Jewish community, the president never seemed to notice. While Reagan continued recording his efforts to liberate Soviet Jewry, secure reparations for Holocaust victims and engage domestic Jewish groups, he never wrote of Bitburg — or the furor it engendered — again.

Eric Trager is a doctoral student in political science at the University of Pennsylvania.