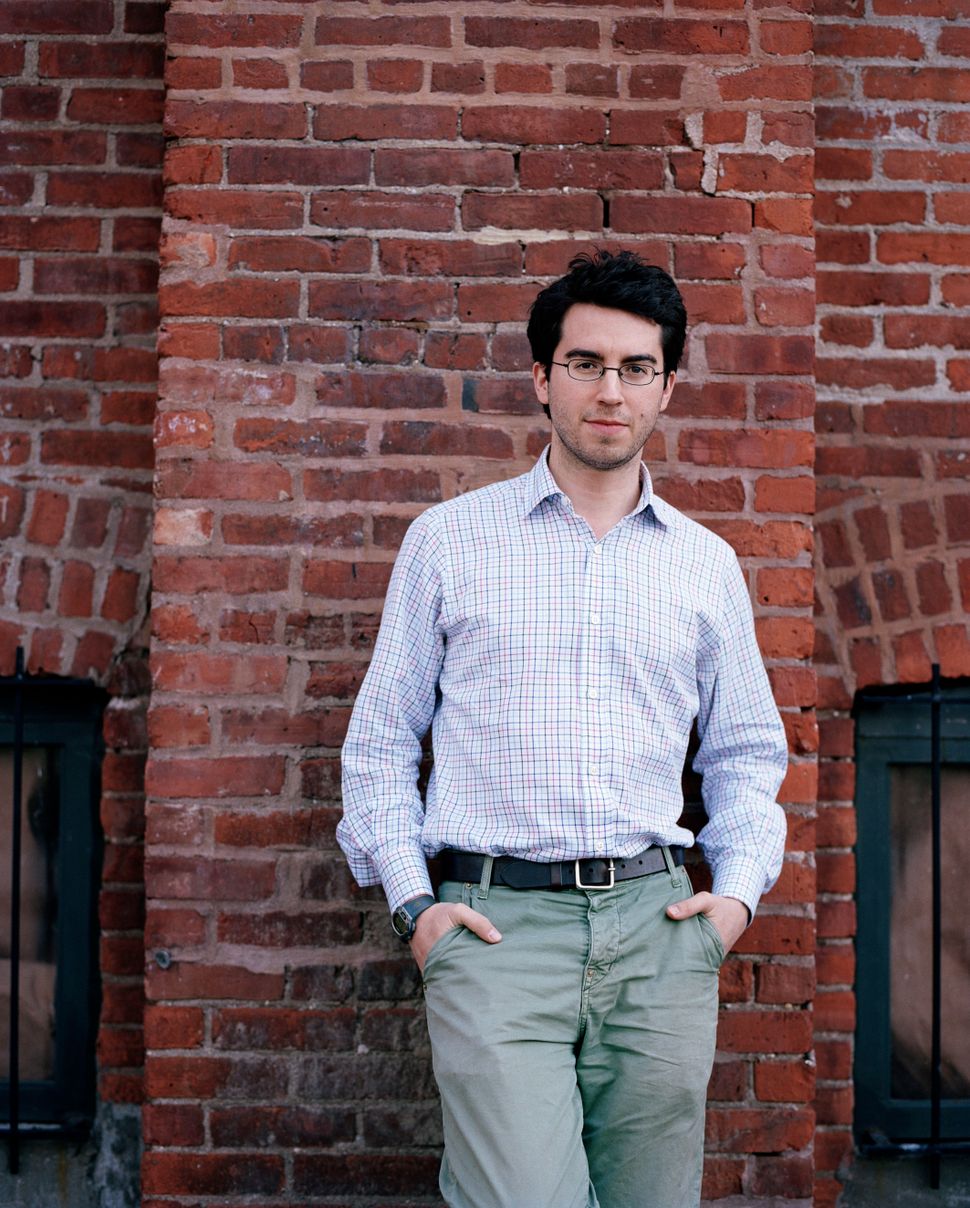 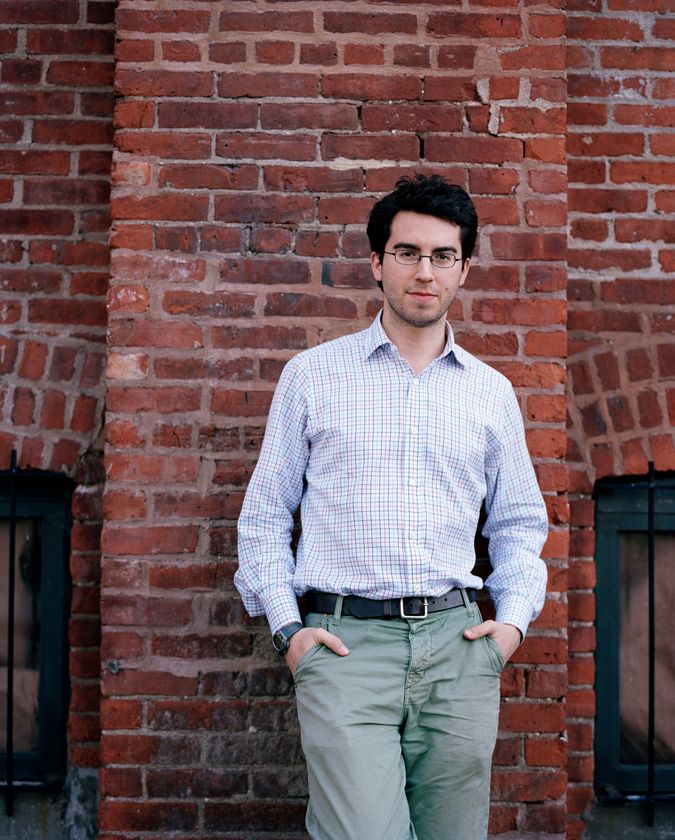 As a novelist, Jonathan Safran Foer writes with a certain whimsy about violence. In “Everything Is Illuminated” and “Extremely Loud and Incredibly Close,” fictional treatments of the Holocaust and the aftermath of the September 11 terrorist attacks contain humor and lyricism to deflect the horror below the surface. Foer’s questions of life and death come from quirky narrators: a Ukrainian tour guide, a latchkey kid who speaks like a noir detective, even a “character” named Jonathan Safran Foer. Fiction frees Foer to swing at charged topics from a perch of safety.

In his new nonfiction book, “Eating Animals,” the gloves are off. Foer writes as Foer. The violence is not historical, but ongoing: the 10 billion land animals slaughtered each year in America for food. His central question is whether people should eat meat, given how it gets to our tables.

“Those alive today are the generations that came to know better,” he writes. “We are the ones of whom it will be fairly asked, What did you do when you learned the truth about eating animals?

To eat (or not to eat) beef or chicken or pork or fish is an act with consequences. Foer portrays an animal-industrial complex that sanctions horror and abuse to feed and stoke the demand for meat. Some 99% of meat in the United States comes from factory farms where animals live in squalor. The men and women who kill animals labor to feed the American diet, which is fast becoming the world’s diet. Meanwhile, the food industry staves off regulation, while its farms spread disease and degrade the environment. As Foer writes: “When we eat factory-farmed meat we live, literally, on tortured flesh. Increasingly, that tortured flesh is becoming our own.”

Foer layers his investigations with family history — from his grandmother who ate from garbage bins to survive World War II but refused to break kosher, to the moment in childhood when he linked chicken (the food) with chicken (the animal). After his son is born, the author’s doubts about his child’s diet lead him to travel the country to see how animals become meals. The more he learns, the more his disgust grows, until he swears off meat once and for all.

The images of de-beaked chickens, castrated pigs, bloodbaths and cesspools in “Eating Animals” would challenge most carnivores. Throughout, Foer balances memoir and reportage, the emotional and the empirical. At times, he makes reference to his dog to highlight the suffering of farm animals. Elsewhere, he disappears as a narrator and prints transcripts of interviews with farmers, activists and slaughterhouse workers. The technique highlights the issues at stake, in the spirit of Studs Terkel, who recorded working-class Americans in their own words. Yes, the author name checks Derrida and Kafka. But the straightforwardness and pastiche structure of “Eating Animals” — short chapters with pithy titles, a satirical glossary section and illustrations — is tailored to a general audience.

As a New Yorker who reports from the heartland, Foer is an outsider who observes insiders to document a national way of life. He wins the trust of his subjects, but at times, both sides are baffled. After Foer sees a pig slaughtered, he declines a farmer’s offer of fresh ham with the excuse that he is kosher. The reply is ironic; earlier in the book, he wonders if “kosher meat” has become a contradiction in terms.

The title refers to the act of eating animals and the fact that people are also the animals eating. While Foer distinguishes humans from the rest of the kingdom, he shows how other creatures suffer and feel pain. To ignore that truth is a delusion, he says, and language is a symptom of complicity. Foer dines out on the food industry’s use of euphemisms. Slaughter and butchery are known as “processing.” Husbandry is now “animal science.” And nearly all “cage-free” chickens have the same 67 square inches to roam as their compatriots behind bars, a space smaller than a sheet of paper. In this Orwellian lexicon, words mask horror and help people avoid responsibility for the death of animals.

As in Orwell’s works, taking responsibility means lifting linguistic masks. Foer says we also need to rethink the role of food in our lives and the codes that govern our appetites. For starters, we might refuse to eat turkey on Thanksgiving, a day that kills 45 million turkeys. The book’s November publication seems as deliberate as its spot in the Zeitgeist is certain. “Eating Animals” arrives at a time of obsession with food, from television cooking shows to Michael Pollan’s maxim: “Eat food. Not too much. Mostly plants.”

Foer never connects the meat industry to the Holocaust or the September 11 attacks, the backdrops for his novels. Still, his work as a whole suggests a desire to make sense of mass violence aided by technology, as well as a fascination with legacy and lineage — how families and cultures and societies pass information from generation to generation. In his novels, characters look to their parents and grandparents for answers. Foer does the same in “Eating Animals” and then looks to the future through the eyes of his son.

This is not the first book to question the ethics of eating meat, and likely not the last. The author admits that an online search will yield videos of industry horrors in nanoseconds. Still, movements need spokesmen. As a writer with a platform and a willingness to address inconvenient truths about food, Foer seems to be campaigning for the job.

Keith Meatto is a writer in residence at the Kimmel Harding Nelson Center for the Arts in Nebraska. He lives in New York.