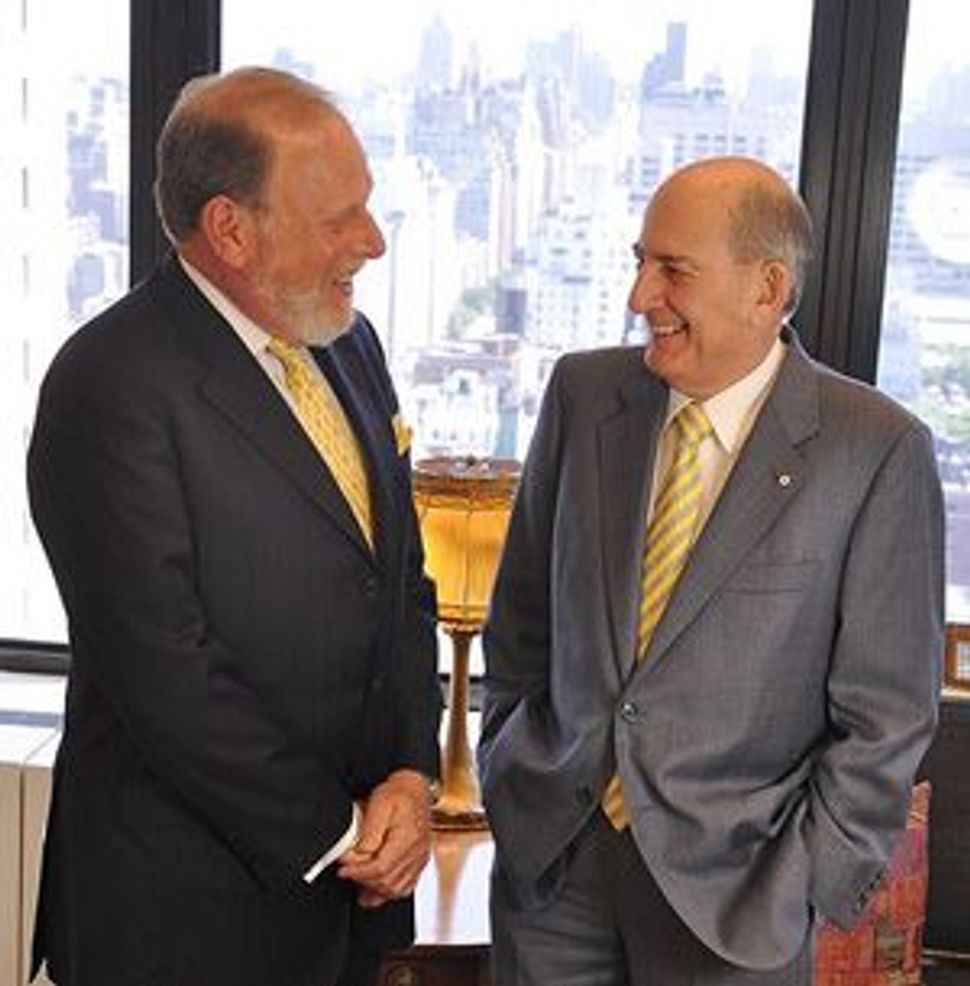 The Art of Giving: Where the Soul Meets a Business Plan
By Charles Bronfman and Jeffrey Solomon
Jossey-Bass, 288 pages, $29.95. 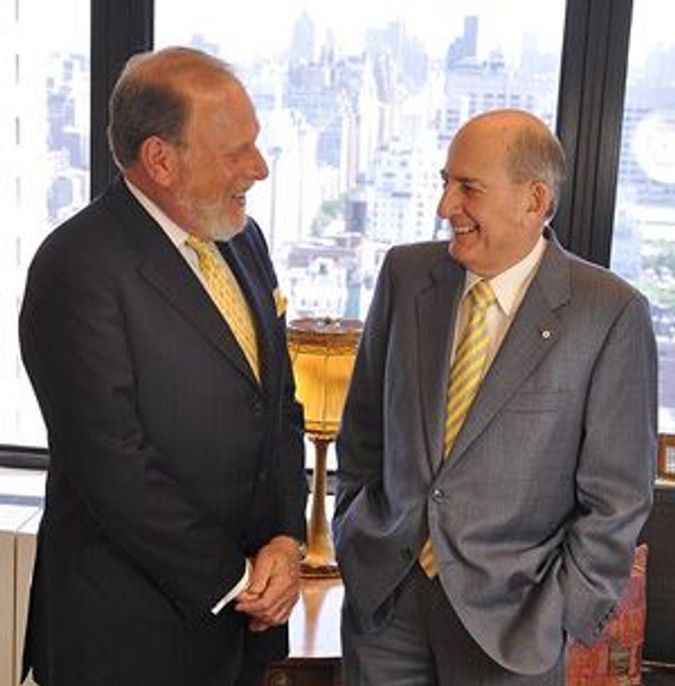 ‘The Art of Giving: Where the Soul Meets a Business Plan,” the new book penned by billionaire philanthropist Charles Bronfman, and the man who runs his foundation, Jeffrey Solomon, is something of a self-help book for the aspiring philanthropist.

And if there is one lesson upon which all others must be learned, the authors say, it is that philanthropy is about making choices.

There are literally hundreds of thousands of causes out there, and ultimately the path to selflessness is deep exploration of the id, Bronfman, who is chairman of the Andrea and Charles Bronfman Philanthropies, and Solomon explain.

Whether a donor wants to give away a few hundred dollars or has a few billion to spare, effective giving is based on realization of a personal mission that one wants to accomplish — because this is a new philanthropic world we live in, the authors say.

Modern philanthropy is much more personal, and is given out of a sense of personal passion, as an extension of one’s self.

And while the book is very much about drawing a line between the old charity world and that of the new philanthropist, throughout it runs an interesting subtext on the sex of philanthropy that the authors use to delineate that difference. The old and bad are masculine, and the new and good are feminine, and in describing the various types of philanthropist — from the non-giver, who is very much a philanthropist because so much of nonprofits’ time is spent trying to woo those who do not, to the social entrepreneur — Bronfman and Solomon denote which are good and which are bad by the pronouns they use.

Solomon paints himself at times as a croupier, at times as a sommelier and at times a car salesman as he tries to help budding philanthropists figure out their giving ways. When he advises a person on how to give away money, he uses a number of psychological tests. One of his favorites, it seems, is performed using a deck of cards that the Andrea and Charles Bronfman Philanthropies designed. Each card in the deck has printed on it a different motivation for giving away money. Solomon asks those he is advising to place the cards in order of significance.

To help people try to figure out how they want to give away their money — and what type of foundation they would like to start — Solomon gives philanthropists a choice of nine cars, ranging from a Jeep to a Rolls Royce. The Jeep is the barebones, utilitarian, just give away the money foundation, and if someone chooses a Jeep, it makes Solomon wonder aloud if the donor really wants to start a foundation at all. No one has ever picked the Rolls, he says, but the Mercedes, which emblemizes quality, comfort, reliability and no expenses spared, is quite popular.

Philanthropy is the love of humanity, and a person needs to figure out what one loves before figuring out how to cure the world, our authors say.

But if sex is the subtext, it is not hard to see latent criticism of the Jewish federation system throughout the book.

And clearly, the federation system is not among Bronfman and Solomon’s favorite purveyors of good.

Both men are steeped in the federation system: Solomon spent years as chief operating officer of UJA-Federation of New York before taking over Bronfman’s foundation, and Bronfman, who got his philanthropic start with the Jewish federation in Montreal, served as the first chairman of United Jewish Communities when it was formed as a merger of three umbrella groups for federation campaigns.

Yet, mention of the federation system is nearly absent from the book — and in my conversations with Solomon since getting my hands on “The Art of Giving,” it is clear that this was not a mistake.

Clearly the authors feel that the federation system is part of the old charitable system and that its role and income are suffering because they cannot yet fulfill the needs of the new philanthropist. While the old federation system in large part wallows in its old boys’ club, it has not yet found a way to work with the modern age’s social entrepreneurs — something Solomon says he and Bronfman will talk about at length as they tour the country with the book.

Even when Bronfman describes his greatest philanthropic success, the founding of Taglit-Birthright Israel — the organization that has sent nearly 150,000 Jews between the ages of 18 and 26 on free 10-day trips to Israel — he does not mention by name the federation system or the Jewish Agency for Israel, two of the primary partners in the endeavor.

The book contains a lot about the nuts and bolts of philanthropy. But it reads well, as it is broken up by vignettes that offer various insights into how effective not-for-profits run and were founded — from the foundation that Solomon’s son started in his girlfriend’s memory to help bring musicians into hospital rooms, to Dress for Success, which helps give destitute first-time job applicants appropriate clothes for their interviews.

Those vignettes are broken up by a bit of veiled gossip, such as the time that a potential donor to Birthright hinged his gift on Charles dating the former’s niece.

Bronfman has said in interviews that he had toyed with the idea of writing an autobiography, but because of the death of his wife, Andrea, the timing was bad, as his thoughts were too focused on her.

Instead, he and Solomon have given us a book that is a worthwhile read on how one could build her own legacy.

Jacob Berkman writes about not-for-profits and philanthropy for JTA and writes its Fundermentalist.com blog.