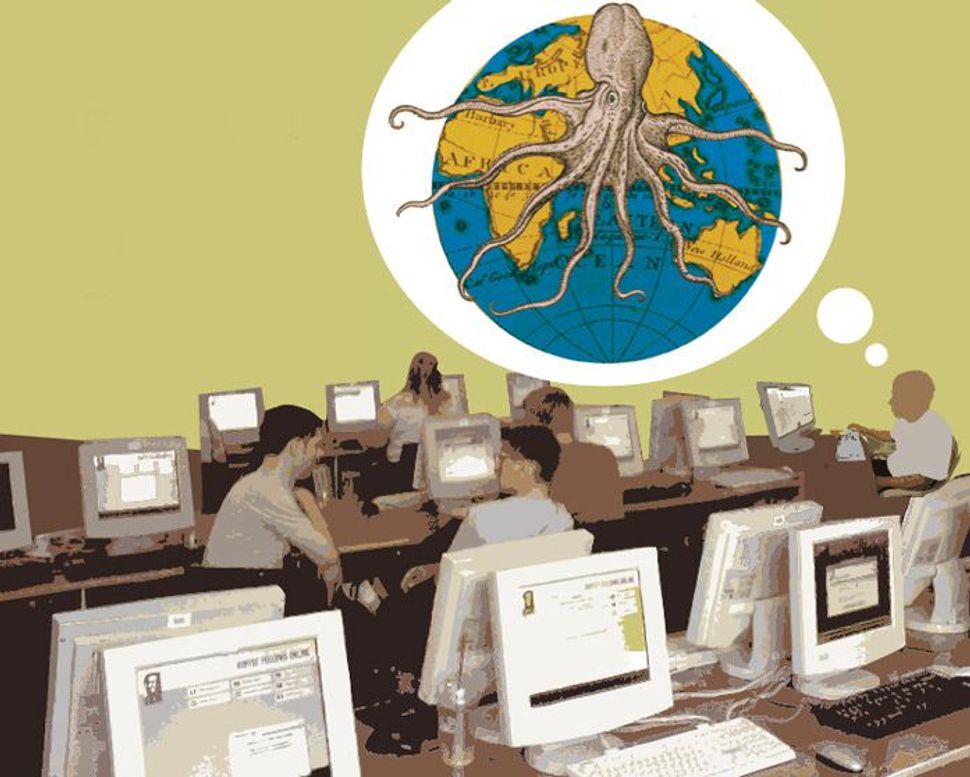 Putting a Face to Hatred: Anonymity means unac- countability for many online posters. Image by THE WEINSTEIN COMPANY

‘What’s the difference between Jews and Nazis? The Jews are guilty of the crimes they’re accused of.”

The boldfaced quotes are real. They were written within the past few months by people who believe they are true. They are quotes from hateful blogs and Web sites — some written in America, some abroad. Antisemitism pulses, alive and well, on the Internet. 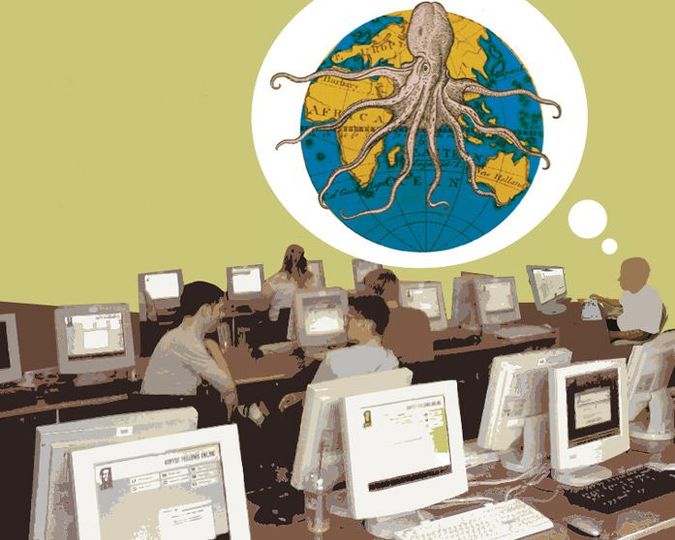 As a freelance journalist, I wrote two pieces on Quentin Tarantino’s movie “Inglourious Basterds” (a fictional fantasy about American Jewish soldiers killing Nazis in German-occupied France). My Google Alerts, which finds Web sites that mention my name and sends them to my mailbox, showed me how my stories (one for the Forward, one for The Wall Street Journal) were used as jumping-off points for hate groups and white supremacists. Quotes from those sites, delivered like valentines to my inbox, are interspersed here. The movie is a fantasy. So is the idea that antisemitism and virulent hate are things of the past.

“It’s nice knowing none of it ever happened. Just like the phony Holoco$t.”

When I was about 10 years old, I first read Anne Frank, who famously said all people are good at heart. At the time, I believed that too. Her words were immortalized in pen and ink on the pages of a flimsy diary. As I hoped mine would be, her words were published, reaching an audience beyond any expectation. The thin journal and her words survived the war, while she, along with more than 1 million other murdered children, did not. The lesson: The world seems to have more affection for dead Jews than for live ones. And this: Words are more durable than people.

I watched countless Holocaust movies and read countless Holocaust books, as a good suburban American Jewish girl should. I was appropriately horrified. But as a fourth-generation Jew in the United States, I felt comfortably separated from the death camps by impenetrable buffers of oceans, time and circumstance.

No member of my family would step on the grounds of Auschwitz until some 50 years after the Holocaust had ended. At that point, my parents paid to send my sister and me to Eastern Europe, to see the death camps.

So I walked through long-defunct gas chambers and, unsurprisingly, came out alive to return home. At home, I told my family how I had recited the Kaddish in front of a pile of human ashes two stories high at the death camp of Majdanek. A Polish man had watched me and my yarmulke-wearing, obviously Jewish teen group. With no expression on his face, he lit a cigarette and took a drag from it. He made sure we were watching him. Then he flicked the smoking butt onto the pile of human ash.

“The moral relativism of Jews is the same as that of the criminal — what they want (pleasure, money, power, sex) is more important than you or your life. Jews are the spiritual meta-criminals of the world. We are objectively the moral ones.”

I didn’t have to travel to the other side of the world to encounter hatred or ignorance. “Of course the Jews killed Jesus,” my New Jersey eighth grade English teacher said in class one day, with an exasperated sigh. “That was why they deserved the Holocaust.” That “they” that he was talking about, that he was so wrong about, I realized that day — that was me.

“[‘Inglourious Basterds’] could also be a metaphor of what they’re doing to us already with our economics and our banking system…. No guns… just behind desks wearing suits and ties.”

Holocaust deniers have been trumped by law, common sense and historians time and time again — and yet they keep coming back for more. Some attempt to hide. To avoid protests, longtime denier David Irving is conducting his current United States book tour in secret. Other forms of antisemitism are openly aired: Antisemitism and anti-Zionism are mixed into a nonsensical stew of hatred and anger (see Nobel Peace Prize winner Shimon Peres, swiped with a Hitler moustache, in a poster held in Brazil that calls him “Shimon Hitler”).

Antisemitism is a relentless force defying reason and history, leaving its mark through pogroms, discrimination and ubiquitous cartoons. Caricatures of Bernard Madoff came almost directly from the Goebbels playbook. Other manifestations can be evocative yet more subtle, to the point where you’re not sure even if it’s really there. Rolling Stone called Goldman Sachs “a great vampire squid wrapped around the face of humanity,” evoking centuries of antisemitic bloodsucking imagery with impunity.

In a series of letters exchanged with Albert Einstein in 1932 about the nature of war, Sigmund Freud noted that people are driven by an inexorable aggressive impulse. Despite all evidence to the contrary, however, Freud was optimistic about human nature. He voiced the hope that Macht (might) would be trumped by Recht (right), and that law would serve as a mechanism to tame human violence. But in the context of the unaccountable Internet, both Macht and Recht can conveniently absent themselves.

“The real Holocaust? Jews had their stolen goods taken away and were forced to do real work for the first time in their lives.”

In one generation, the Internet has refashioned the world. Facilitating communication both fosters relationships and expedites idiocy. One hundred and forty characters of tripe or brilliance can appear instantly on the screens of thousands (or, in Ashton Kutcher’s case, millions). Thanks to Facebook, we have friends that we hardly know, who helpfully proclaim to the world that they hate Mondays. We have itchy e-mail and text trigger fingers. We disclose thoughts best kept to ourselves. Many of these thoughts are boring or mundane. Others are virulent.

As a writer, I know that words have worth and words have power. Our children will grow up in a world where words are ever easier to broadcast, but may seem to have no visible ramifications or consequences.

Hate is consequential and is readily accessible. It can be lucid or incoherent. It can be prosecuted or ignored. The constant waterfall of information over the Internet, however, doesn’t drown out the human quest for what is real. If anything, the excess of words makes finding what is true and worthwhile even harder.

Yes, words are more durable than people — but people determine which words are worth saving.

“All most of us on this forum are is [sic] ordinary people who can’t share their thoughts anywhere but here.”