Magen Tzedek: Model of the Jewish Future or Show Without an Audience? 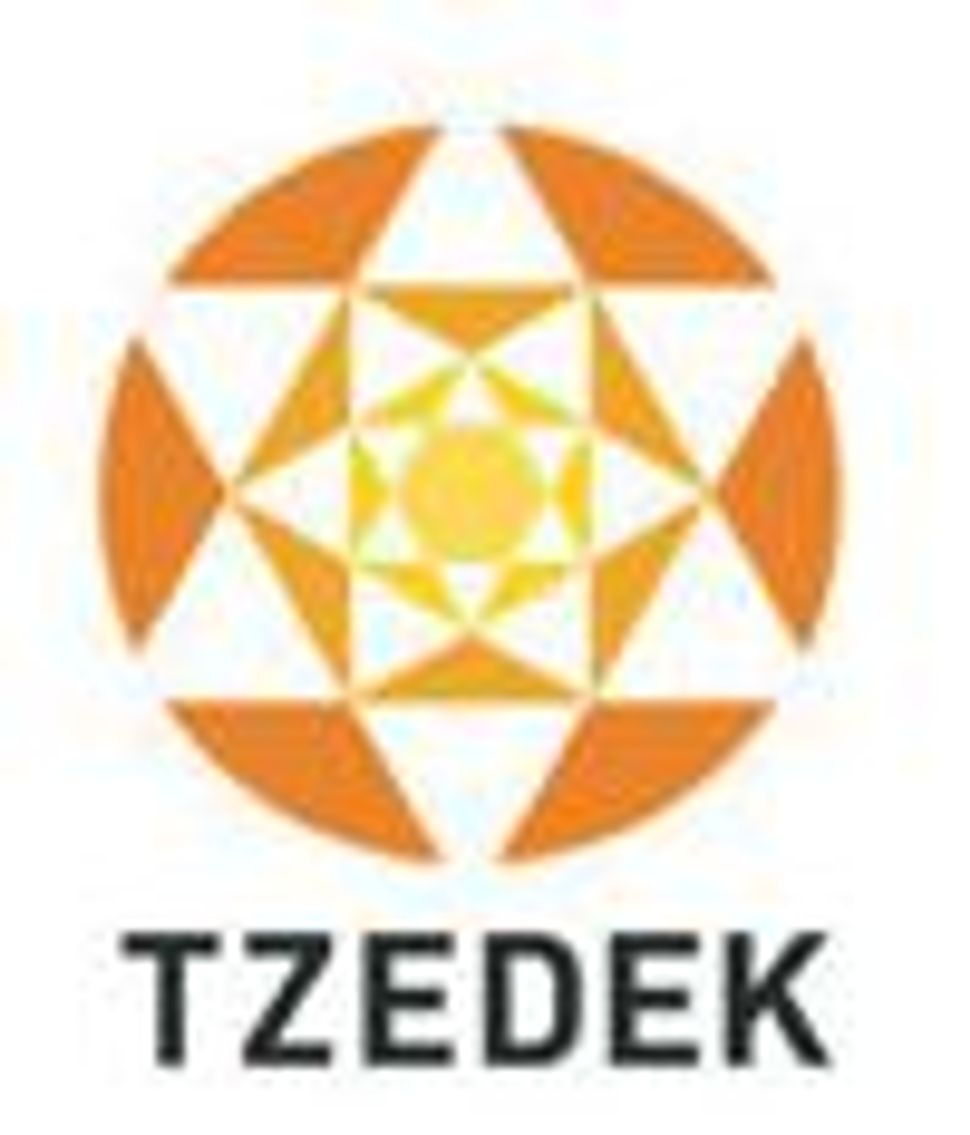 The problem seems not to have changed. Back when I was at college, the egalitarian services couldn’t get a minyan, and so, while I didn’t like Orthodox liturgy, and didn’t approve of the mechitza (prayer barrier), I still schlepped up the extra flight of stairs to the traditional minyan, week after week. Whatever my personal preferences, it seemed that only Orthodox Jews cared enough to make the system work. 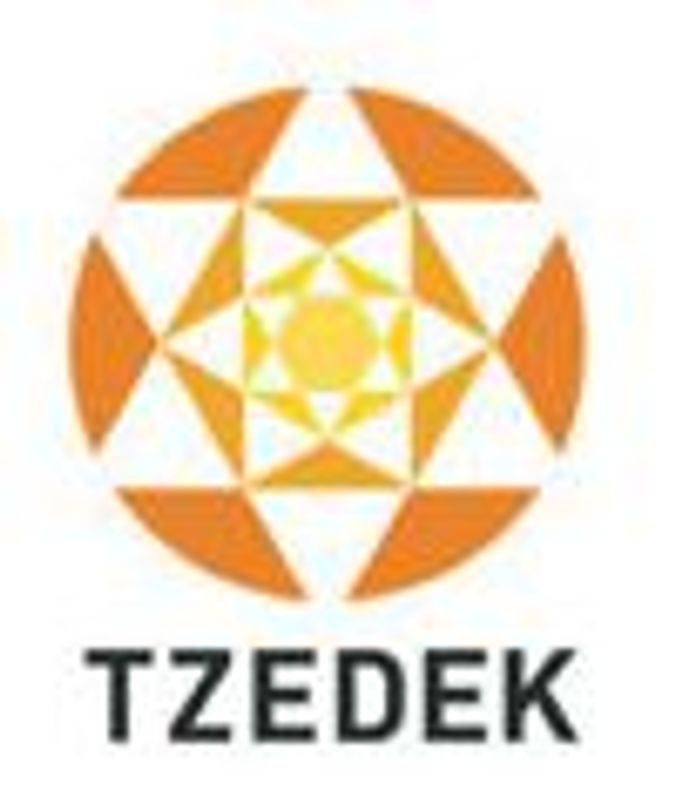 Today, I feel like the challenge remains the same — only writ much larger. Historically, progressive Jews have had trouble mustering the same degree of zeal as traditional Jews, whether regarding synagogue affiliation, in-marriage (and affiliation post-intermarriage) or any number of other values. This, the Orthodox often say with a degree of deserved smugness, just goes to show you.

Now, along come the Conservative movement’s efforts to create a Magen Tzedek, a seal for food products that would certify conformity not to the ritual particulars of kashrut, but to the deeper and more profound requirements of Jewish social justice law.

I think the Magen Tzedek is a fantastic idea — if it works. It makes a strong case for Judaism’s ethical relevance, a 21st-century update of the old Hebrew National advertisements — “We answer to a higher authority.” In fact, the Magen Tzedek is even better than the original, which, after all, was a ritual “authority” only tangentially related to contemporary health or sanitary concerns, It is a “higher authority” on values that really matter, to religious Jews, secular Jews and non-Jews alike.

Imagine if Jews were known in America to be the super-ethical people instead of the super-ritual ones. We’re the people who won’t eat a hamburger unless the workers at the restaurant are paid a fair wage. We’re the ones who consider environmentalism to be a matter of religious concern. Because doing the right thing matters to God.

This is good P.R., to put it mildly, both “outwardly,” in terms of the wider population, and “inwardly,” in terms of the Jewish community. This is a Judaism that stands for something meaningful, something more compelling than Jewish survival, or the ritual purity of cloven-foot animals. (Full disclosure: I keep kosher myself.) I’m not saying that the Magen Tzedek would end antisemitism and assimilation, but it would be a potent weapon against them.

And, contrary to the objections of some, it’s grounded in authentic, ancient Jewish values. Of course, the specific details of living wages and green production are new, just like the details of how to kasher a microwave. These will, and should, be debated: Many current Magen Tzedek requirements do seem to be needlessly obscure and overly strict. But the basic principles are indubitable. And I would suggest that in the Age of Madoff, making our ethical reasoning as current, comprehensive and mandatory as our ritual reasoning is, itself, a Jewish obligation. As many Orthodox rabbis said this past Yom Kippur, we need to be glatt yosher (ethically ‘straight’) even more than glatt kosher.

But it’s that pesky adjective — mandatory — that will be the biggest obstacle to the Magen Tzedek’s success. Practicing Orthodox Jews simply will not eat food whose preparation wasn’t properly supervised, even if they’re really hungry and there is no alternative. Will practicing progressive Jews be similarly strict? Or will this be yet another optional practice that, like my egalitarian minyan at school, has the right values but no followers?

There are some positive signs. I know people who will not eat non-eco-kosher food (for example, factory-farmed meat or eggs, over-fished species of fish) and will not use environmentally unsound disposable plates, even if it means missing out on treats, snacks or full meals. And of course, there are increasing numbers of Americans who will not feed their children pesticide-laden vegetables or processed McFood made mostly out of corn. Some of this is motivated by health concerns, but some of it is value based, and much of it is every bit as strict as Orthodox kashrut. But such behaviors are still on the fringes. Will they ever become mainstream enough to make obtaining a Magen Tzedek worth the financial and administrative costs of doing so? Will progressive Jews care as much about progressive values as traditional Jews care about traditional ones?

I am both despairing and hopeful.

Within the Jewish community, I have my doubts. Conservative Judaism probably has the largest gap between ideology and practice, and it’s not clear how the Magen Tzedek will be any different from the 100 other Conservative rules and regulations that most laypeople ignore. Orthodox Jews have already, by and large, rejected it, although some have created their own version, which I’m not sure helps or hurts. And Reform Jews may not care about a specifically Jewish certification. That doesn’t leave much of a Jewish constituency.

But if the Magen Tzedek proceeds in its current direction, it will be of value far beyond the Jewish community. According to sources quoted in the Forward, the Magen Tzedek has the potential to be the most comprehensive “green seal” in America, and such seals matter economically. If the Magen Tzedek were to capture a share of this market — though, to be sure, there is already plenty of competition — it could indeed reach critical mass.

The dirty little secret of kashrut certification is that it works the same way. The kosher food industry has boomed in recent years: a 15% annual growth rate (compared with 4% for the food industry in general), and a $9 billion market. But according to a 2007 survey, 55% of kosher food consumers buy kosher because they believe it is healthier. And the majority of them are not Jewish.

This has to be the model for the Magen Tzedek — although not on the half-truth that kosher food is healthier, but on the whole truth that Tzedek food is more just. The takeaway is clear. If the Magen Tzedek gains traction among non-Jews who care about how their food is produced, it is sustainable. If it relies on Jewish observance patterns, it isn’t.

In a way, this is an unfortunate result — that a Jewish seal is of more value to gentiles than to Jews. But maybe it’s not so unfortunate at all.

In the coming century, sociologists tell us, Judaism will become less like an all-or-nothing proposition — ethnicity, identity, culture, nation and religion, all wrapped up in one — and more like one source of values, identity, spirituality and culture among many. We should get used to someone practicing Jewish dietary laws, Buddhist meditation and secular ethical values, whether that someone is born of a Jewish mother or not. Jewish culture and religion are going to survive not because of endogamy, but because they remain relevant to people of all ethnic and religious backgrounds who find them to be meaningful. Like it or not, the Kabbalah Centre, Matisyahu and the Magen Tzedek are the future of Judaism; they thrive not because the Jewish tribe maintains them, but because they appeal to a wide range of people.

This is a meaningful transition in the way Jewishness is understood. For some, it is terrifying. But for me, it represents a compelling model of how particularism can survive without ethnocentrism and despite assimilation — not quite a Judaism without Jews, but Judaism beyond the confines of the Jewish population. Yes, there will always be things that only Jews do: I don’t see the lulav and etrog suddenly holding universal appeal. But in the 21st century, progressive Judaism’s survival depends on its relevance to the other 99.9% of the world.

Thus, rather than seeing the Magen Tzedek’s dependence on non-Jews as a liability, I see it as an asset. Imagine an evening in which you enjoy African-American music, a Japanese-American car and Chinese-American food, and it’s all certified according to American Jewish ethical values. Could be worse.

Magen Tzedek: Model of the Jewish Future or Show Without an Audience?