Mahmoud Darwish: If He Were Another 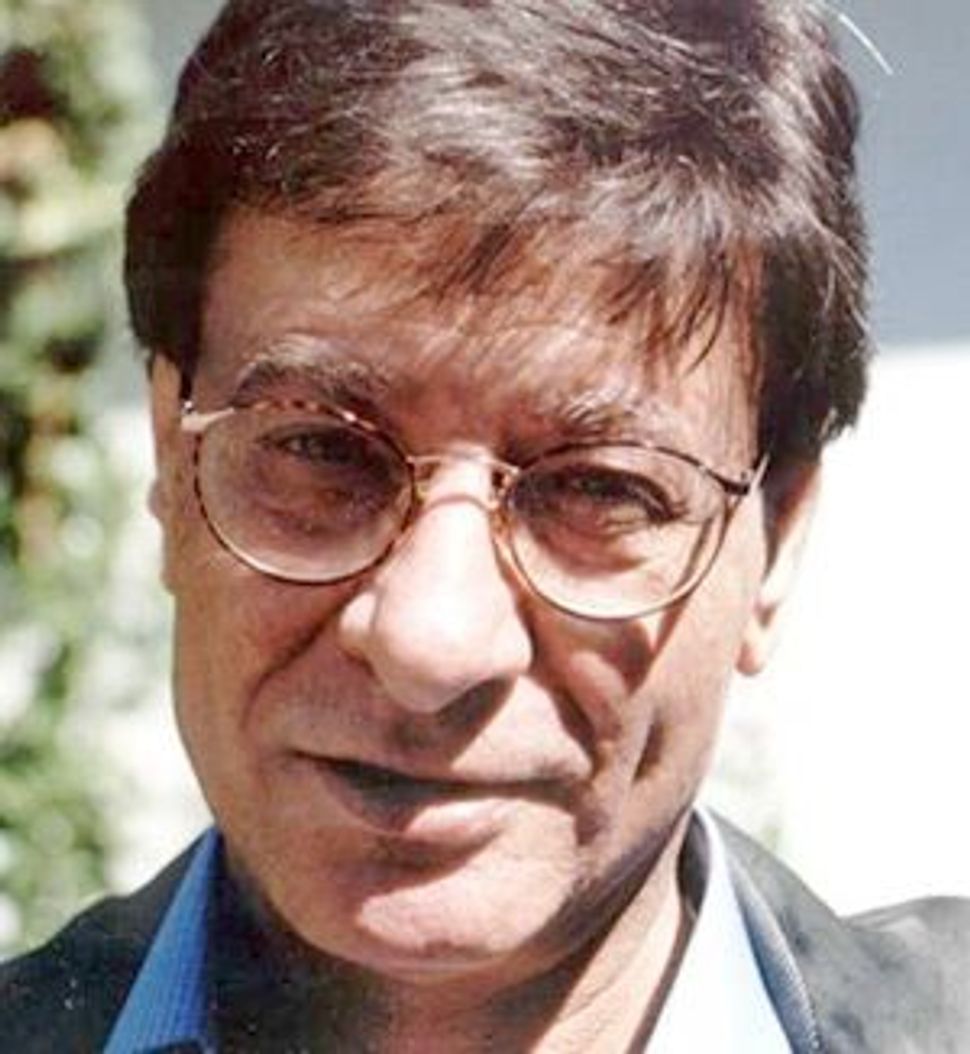 Poetics of a Life in Exile: Mahmoud Darwish was Palestine?s de facto poet laureate until his death in 2008. Image by SAMUEL SHIMON

If I Were Another
Poems by Mahmoud Darwish, translated by Fady Joudah
Farrar, Straus and Giroux, 240 pages, $28.00.

A River Dies of Thirst
By Mahmoud Darwish, translated from the Arabic by Catherine Cobham
Archipelago Books, 168 pages, $16.00. 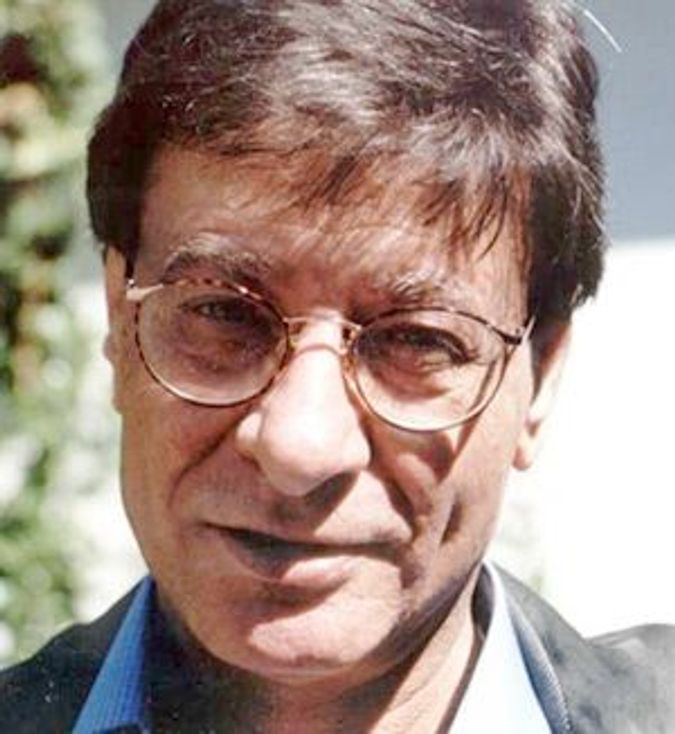 Poetics of a Life in Exile: Mahmoud Darwish was Palestine?s de facto poet laureate until his death in 2008. Image by SAMUEL SHIMON

Two summers ago, I dined at a Ramallah restaurant with a Fatah leader. I ordered Taibeh, the local beer, but my host chose Heineken, remarking: “I just dined with Mahmoud Darwish, and he told me, ‘My stomach knows no nationality.’”

Darwish, born in 1941 in the Galilee village of al-Birwa, fled with his family to Lebanon during Israel’s War of Independence, but his family returned to Israel to live in the Galilee after 1948, though Darwish never received Israeli citizenship. As a young man, he moved to Haifa, where he became engaged in the Communist Party’s literary circles with other well-known Palestinian writers like Emile Habibi, who also stayed in Haifa. In 1970, he left Israel for good for Egypt, Lebanon, France and Jordan, eventually settling in Ramallah in the 1990s under the Palestinian Authority.

Darwish was Palestine’s de facto Nobel laureate, and his death in August 2008 while undergoing open-heart surgery has occasioned two new translations. Although his poems were elegant works of literature, they were also filled with longing for a Palestinian state and the sense of exile he lived with his entire life. Darwish’s lyrical verse became the epitome of nationalist longing for the Palestinians, while at the same time promoting a secular, cosmopolitan outlook reflecting the way Darwish lived his own life.

In the Arab world and especially in the West Bank, Darwish’s readings were huge affairs, with 1,000 or more in attendance and often televised on Al-Jazeera. But he also drew a crowd in Israel. The poet returned to Haifa in 2007 and spoke to a packed hall, which was as much a national — and international — news story as an aesthetic happening.

Though he was elected to the executive committee of the Palestine Liberation Organization (but resigned in protest after the signing of the Oslo Accords, skeptical that it would bring lasting peace or a viable Palestinian state), he never ran for office himself. He did, however, pen the Palestinian Declaration of Statehood. In a famous exchange with Yasser Arafat, who complained to Darwish that the Palestinians were an “ungrateful people,” he responded, “Then find yourself another people,” echoing Bertolt Brecht’s famous poetic dictum against Joseph Stalin.

Israel banned him from returning until 1999. On one visit, he was slated to be interviewed for a documentary film about the ailing Habibi, but Habibi died sooner than expected, and instead of an interview, Darwish gave a eulogy.

“If I Were Another,” a collection of Darwish’s poetry translated by Fady Joudah and published posthumously, is anchored by Darwish’s signature long poem, “Mural,” written in 2000 after his heart actually stopped on the operating table for the second time. In this poem, he addresses a character he calls “Self”: “Form me as I formed you, paint me/with almond oil, crown me with cedar./Carry me from the wadi to a white eternity….”

If his poetry has one central theme, it’s his exile: “I will walk lightly, my steps on the wind/are an arch that tickles the violin’s land,/I will hear my heartbeat in the pebbles/and in the veins of the place.”

One of Darwish’s more remarkable feats is his ability to turn despair and occupation into truly soft, lovely poetry, as in this stanza from his poem “Tuesday, and the Weather Is Clear,” where the central metaphor is the Allenby Bridge between the West Bank and Jordan: “He stared at the bridge and said: My friend, this is the door/of truth. We can neither enter nor exit./And a thing cannot be known by its opposite./The corridors are shut/and the sky is ashen-faced and narrow,/and dawn’s hand is lifting the pants of a woman soldier up high….”

Darwish was a lover of women and wine, and his first serious girlfriend was an Israeli Jew named Rita, chronicled in this collection in the poem “Rita’s Winter”: “I was born to love you/I left my mother in the ancient psalms cursing your people and the world/I found the city guards feeding your love to the fire/And I was born, to love you….”

In the final collection, journal excerpts and prose poems translated as “A River Dies of Thirst,” his writing is, sadly, full of life. “In Praise of Wine,” is a prose poem that elevates a simple glass of wine to a complicated and palpable negotiation about love and creativity: “You bring the glass up to your nose with the deliberate action of a bee, and a profound, mysterious smell throws you into disarray: the smell of a colour that takes you into old monasteries. I let it gather its thoughts on its taste until we are both thirsty enough to receive inspiration by mouth….”

Throughout his more than 30 books of poetry, he clearly stresses the Palestinian desire for nationhood, but mostly he explores universal issues, like love, loss and especially life and death. And he uses humor to deflect from the sadness of exile, as in this prose poem from his last collection, “a life beginning”: “I linger over my coffee to preserve an acquired sense of companionship with my surroundings, for a stranger has no alternative but to construct some kind of intimacy with some random place, and I have chosen this corner of the bread shop to form a daily routine, as if I have an appointment with hardworking memories that rely on themselves to grow and evolve.”

But, alas, his heart gave out. His death on August 9, 2008 garnered a state funeral second only to that of his old nemesis, Arafat, with his 85-year-old mother attending on a gurney, transported by an Israeli ambulance from the Galilee, among the tens of thousands of mourners.

“One day I will become an idea. No sword will carry it/to the wasteland and no book…/like a rain on a mountain that has cracked/from a single sprout/so neither force/nor fugitive justice can win/One day I will become what I want…” he wrote in “Mural.” Today, Darwish’s poetry is one of the most powerful evocations of the Palestinian yearning for statehood, undogmatic but dogged in making his memories a reality.

Jo-Ann Mort writes frequently about Israel and about Palestinian issues.

Mahmoud Darwish: If He Were Another