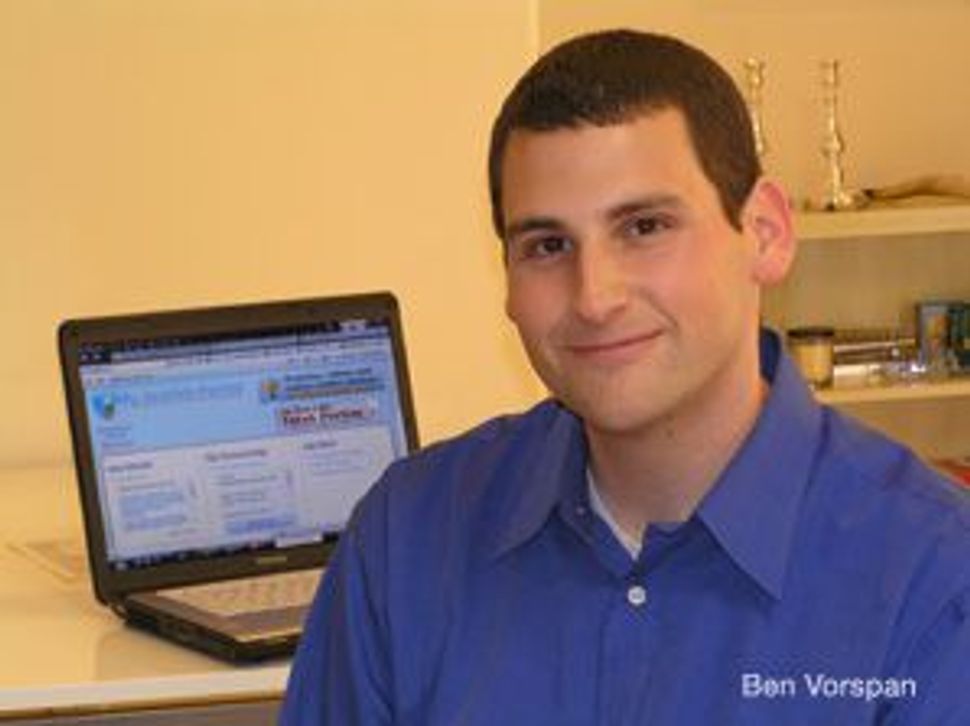 For decades, Jews have dropped loose change in those tzedakah boxes found on countertops in Jewish stores and in Hebrew schools. Now, one person is modernizing this charitable act for the 21st century. 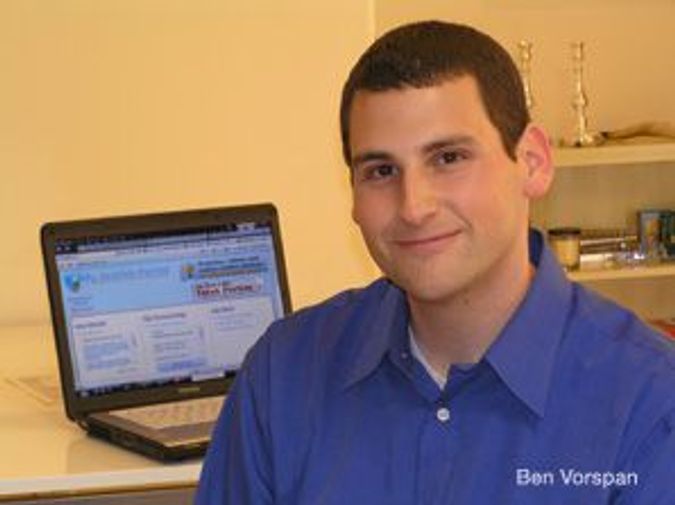 Ben Vorspan, founder of Inspired Multimedia, launched MyJewishPortal.com three weeks ago as a community Web site that connects synagogues, organizations and individuals. In addition to event listings and links to local groups around the country, MyJewishPortal.com features a Virtual Tzedakah Box. By clicking on the icon, site members collect 25 cents in their account, saving up to $1 per week, which they then can donate to any charity registered with the Web site.

Vorspan recalled how, when he was growing up, he and his parents put money in a tzedakah box. “I’ve stopped doing that,” he told the Forward, “but the things I’ve provided are to remind people tzedakah is something we should all be involved in.”

His site combines charity, Jewish news and learning, and even listings for singles events across the country. In addition, it includes a Ten Line Torah Portion, aiding visitors who are interested in Judaism but do not have the time or know-how to explore it themselves.

The site’s comprehensive nature draws charitable organizations seeking funds. One is the Jewish Free Loan Association of Los Angeles. “We’re having a fundraiser next June, and this is an opportunity to spread the word about it and begin receiving payments” in the meantime, said Elana Taylor, the group’s director of program and marketing.

She continued, “When someone searches a calendar and sees that our organization has an event, it also drives more traffic to our own Web site.”

“This has opened my eyes to how many charities out there we don’t realize exist,” Vorspan said. “I’ve gotten more involved in the Jewish community and worthy causes.”

With 12 synagogues already participating, Vorspan anticipates more than 100 by the year’s end, and more traffic on the site. More traffic translates into more people accessing the Virtual Tzedakah Box, and to more donations.

Currently, Vorspan is funding the Virtual Tzedakah Box himself, spending thousands of his own very real dollars to support his visitors’ online donations. This, he acknowledges, is not an arrangement that can go on indefinitely: He is hoping to find sponsors to help with the expected cost — between $60,000 and $100,000 in the coming year — or he may have to shut down the Virtual Tzedakah Box if it gets too popular, and thus too expensive.

Whatever happens, Vorspan learned one lesson: “The best way to get people involved is to put money in people’s hands and [have them] make the donations themselves.”