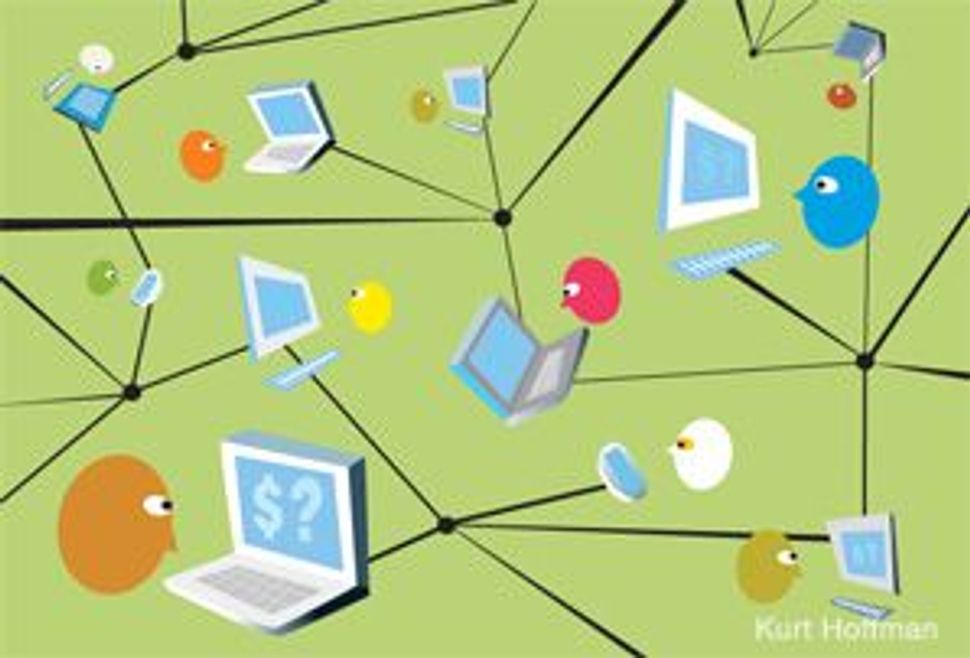 Hoping to raise money for a three-day bike ride over Labor Day to benefit the Jewish environmental organization Hazon, Ariela Pelaia turned to her blog. 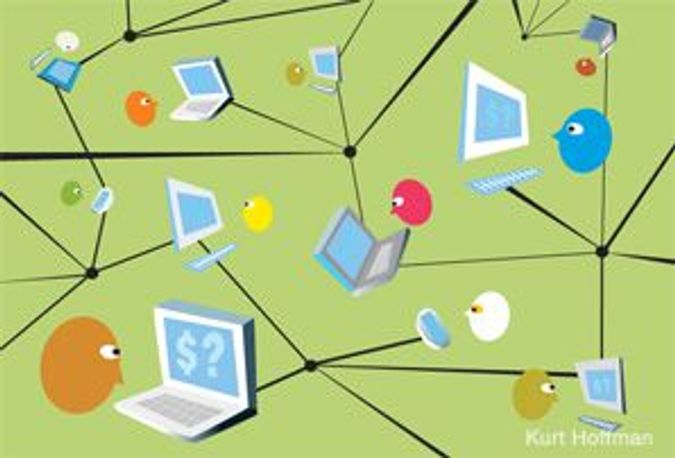 Pelaia, 26, thought she could find donors by raffling off books on her personal Web site, www.bakingandbooks.com, which draws up to 2,000 viewers each day. She was right: Pelaia received more individual donations than anyone else raising money for the event, bringing in more than $1,800. A graduate student at the Jewish Theological Seminary and a confessed “bookaholic,” Pelaia said that the idea for a raffle came to her during a staff meeting at Hazon, where she serves as coordinator for the not-for-profit organization’s food conference. “I wanted to support Hazon in a fun way,” she said. “Blogs are the ‘in’ thing now.”

Hazon currently raises roughly one-third of its money through online donations. The group’s communication coordinator, Ben Murane, explained that prior to the Labor Day ride, participants were equipped with online profiles as a tool for raising money. Having witnessed the success of Pelaia’s fundraising effort, Murane said the organization was encouraging future participants to use blogs and other methods to create buzz on the Internet. “We aim to help our participants learn to do the same thing Ariela did,” he said. Pelaia’s success is an example of what some are touting as the next big thing in philanthropy. Whether called “viral philanthropy” or “group fundraising,” this sort of fundraising allows anyone with conviction and a computer to promote an organization via blogs, Internet-based videos or social networking sites like Facebook.com and Change.org. Jewish charities and organizations are slowly figuring out how to make the best use of the “viral” strategy.

“It’s definitely new, and people are still grappling with how we make it work,” said Holly Ross, executive director of the Portland, Ore.-based Nonprofit Technology Network. “It will become one of the most interesting fundraising tools.”

Traditional philanthropic tools include direct mailings and phone drives, which are coordinated by the participating organization. Donation links on an organization’s Web site and appeals sent by e-mail have updated the process for the Internet age. Still, in both cases the organization has the power to determine where its pitch goes and how it’s presented.

Viral philanthropy, in contrast, allows the average individual to decide how to present the appeal to other Internet users. For instance, people can solicit donations through their blogs or their Change.org profiles, or download an application allowing them to join groups on Facebook.com intended to raise money for a particular cause. These e-philanthropists can also go to such sites as Networkforgood.org to create “charity badges” that can be posted on Web sites, blogs or profiles on social networking sites. The badge displays a snippet of information about the charity, the amount of money raised and a tab to send a donation to the organization.

But at this point, the buzz surrounding viral philanthropy is greater than the substance, said Michael Nilsen, director of public affairs for the Association of Fundraising Professionals: “It’s one of those things that are being talked about a lot.” But Nilsen did suggest that a larger societal shift toward more philanthropic engagement was occurring. Online technology allowing video testimonials and increased interaction plays to those needs, according to Nilsen. Citing studies by the Pew Internet & American Life Project, he also challenged the idea that people under 50 were the sole audience for this style of interactive philanthropy.

While viral philanthropy is being widely discussed in philanthropic circles, Jewish charities have been slower than some others to pick up on it, said Mik Moore, director of communications and public policy at Jewish Funds for Justice. “The fact is, the Jewish world is a couple steps behind the rest of the world when it comes to adapting to new technology,” he said. “That’s true in this arena, as well.” Moore said that the lag reveals how older leaders at many Jewish organizations are unacquainted with the effectiveness of new technology such as blogs or social networking sites. He also said the lag indicates that organizations are skittish about handing over control of the fundraising message to individuals.

Marshall Levin, senior associate national director of development at the Anti-Defamation League, said that in three years, online contributions have jumped by 600%-700% as the organization’s list of e-mail recipients has increased. Levin said the organization’s positions and petitions were reaching more people and giving these people the ability to forward the e-mail to others. Still, even while the ADL saw the potential in online fundraising in general, he said, the organization was not currently looking into viral philanthropy, owing to a loss of control over the message put out to recipients and potential donors. Referring to the organization’s message, Levin said, “It needs to maintain its integrity and credibility, and that’s of the utmost importance.”

Online giving is still a small portion of the money raised for philanthropic causes. Nilsen said that a survey of 417 charities by his trade group showed that half of them consistently used online fundraising, but 85% said that online fundraising accounted for less than 5% of their annual revenue.

Viral philanthropy may not change that equation for many groups. But revenue is not the only consideration.

At JFSJ, Moore said he created a group for fundraising a few months ago by using the Facebook.com “causes” application and starting a group on Facebook.com associated with the organization’s blog, jspot.org. After raising just a few hundred dollars with this strategy, Moore said that Facebook.com was less useful as a fundraising tool and more important as a “gateway” for future donations that drew traffic to the main Web site and allowed users to see who else would affiliate with the organization.

With the pace of technological change, many people in the field were not sure how firmly established viral philanthropy would be in five years.

But Moore said it seemed certain that online giving in five years would “dwarf” the returns now. “The bigger Jewish organizations may not be far along on where they are,” he said. “If they don’t embrace the newer technology, the smaller organizations will come in and we’ll reap the benefits.”