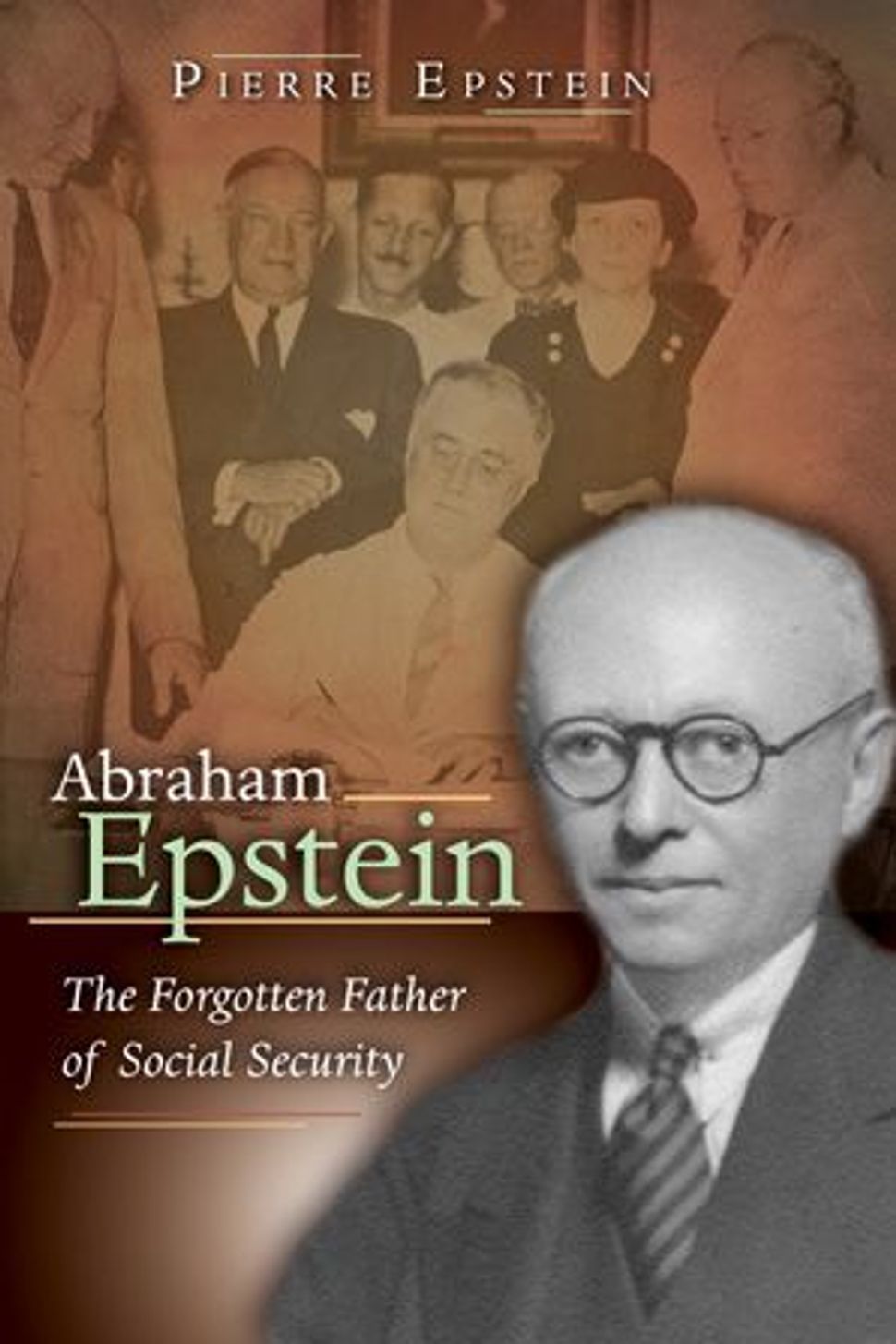 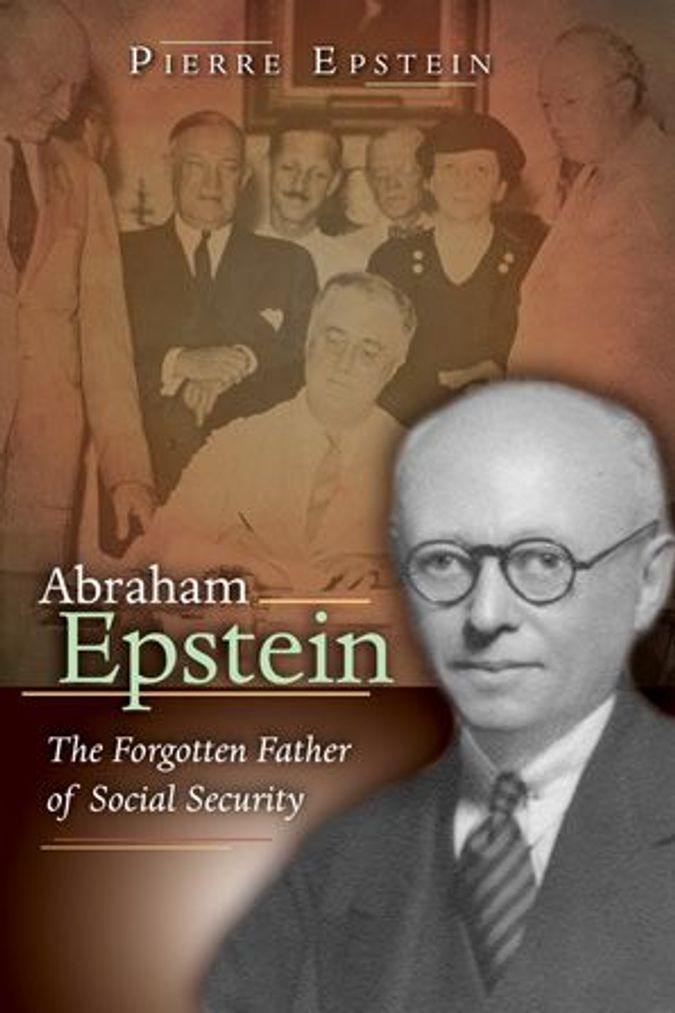 Throughout the 1930s, the home of Abraham and Henriette Epstein, at 389 Bleecker Street in Manhattan’s Greenwich Village, was a salon where political reformers ate, drank and argued about how to provide social insurance for older Americans. More than half a century later, according to the Epsteins’ son Pierre, little remained in their house “to recall that glowing era, except the shredded and sagging sofa, the baby grand piano (no longer played, out of tune, and covered with letters and papers), the unsteady claw-footed desk (where Abe wrote and worked), and the books and papers on the overstuffed shelves, now carefully wrapped in plastic baggies.” Nor did anyone seem to remember that Abraham Epstein, the immigrant Jew from the Russian village of Lyuban, had popularized the phrase “social security” — and helped conceive and enact the legislation that laid the groundwork for the modern American welfare state.

In this biography, “Abraham Epstein: The Forgotten Father of Social Security,” the son seeks to secure his father’s legacy as the program’s principal architect. Abraham Epstein, he demonstrates, was the Johnny Appleseed of reform. A prolific journalist who was the author of “Facing Old Age” (1922), “The Challenge of the Aged” (1928) and “Insecurity” (1933), Epstein was the founder and executive secretary of the American Association for Old Age Security, which later became the American Association for Social Security. Convinced that “militancy is the most essential thing in American legislation,” he crisscrossed the nation, organized the March on Albany, and lobbied politicians to support legislation that would provide economic protection for the elderly and combat the Depression by enhancing the purchasing power of the masses.

Social Security, of course, had many fathers. As he makes his case for his father, Pierre Epstein does not always give the others their due. He acknowledges that Isaac Rubinow, author of the seminal book “Social Insurance in 1913,” was the great theoretician of reform. But he portrays Franklin Roosevelt, who did not appoint Abraham Epstein to any of the committees preparing legislation or invite him to the signing ceremony for the bill, as secretive, duplicitous and unprincipled — and not as a master of tactics and timing, willing to compromise, when necessary, on financing and the calculation of benefits, and to keep at arm’s length an agitator who admitted, “Somehow I lose control every time I talk about the opposition.”

In fact, Abraham Epstein did not want credit for the Social Security Act of 1935. Convinced that its payroll tax would cut consumption and cause recession, he attacked the bill in an essay in Harper’s Magazine. It wasn’t even a good beginning, he fumed, because “contributory insurance” would not result in economic redistribution. He hoped that the Supreme Court would declare the legislation unconstitutional — and in 1936 he flirted with joining the campaign of Alf Landon, the Republican candidate for president. Unable to raise money for his organization, Epstein felt marginalized. He died in 1942 at age 50, several weeks after he had been lionized at a testimonial dinner at Manhattan’s Murray Hill Hotel.

Along with his account of his father’s professional life, Pierre Epstein provides a moving portrait of the marriage between a tiny, ambitious, bookish bully, “bossy, brutal, and bumptious,” who abandoned the Talmud but embraced the Old Testament origins of his social activism, and his spoiled, headstrong, insecure, slightly antisemitic Catholic mother from the South of France. Indeed, to hear her son tell it, Henriette Marie-Louise Castex seemed nothing less than jealous of her husband’s first love, Social Security. But if she often felt deserted — and then in turn deserted him — she was fiercely proud, as well, and always returned to the “jackass” with whom she had so little in common.

Left with a heavily mortgaged house, without money or insurance, Henriette soldiered on after Abraham’s death. Having helped him by identifying photographs for promotional brochures, she made Social Security her cause, endorsing expanded benefits in testimony before Congress (she identified herself as an officer of the American Association for Social Security, even though it was by then defunct). She worked doggedly to keep her husband’s publications in print, gave oral history interviews and insisted that Abe get credit for legislation in 1939 that extended coverage to widows, orphans and farmers. In 1993, as she climbed the stairs to the fourth-floor kitchen in the house on Bleecker Street, Henriette fell, hit her head and died — three months short of her 93rd birthday.

When Pierre took his mother home from the hospital a year earlier, following her double knee replacement surgery, a Russian cab driver told him, “Iz good when children taking care… mother, father.” Pierre has done just that, in a book filled with love, tough love, respect and forgiveness: for the indomitable and impossible Henriette, and the enigmatic Abe, who neglected his family and unleashed his rage at them, but, above all, “wanted to bring out the best in a country he believed was the best in the world.”

Glenn C. Altschuler is the Thomas and Dorothy Litwin professor of American studies at Cornell University.