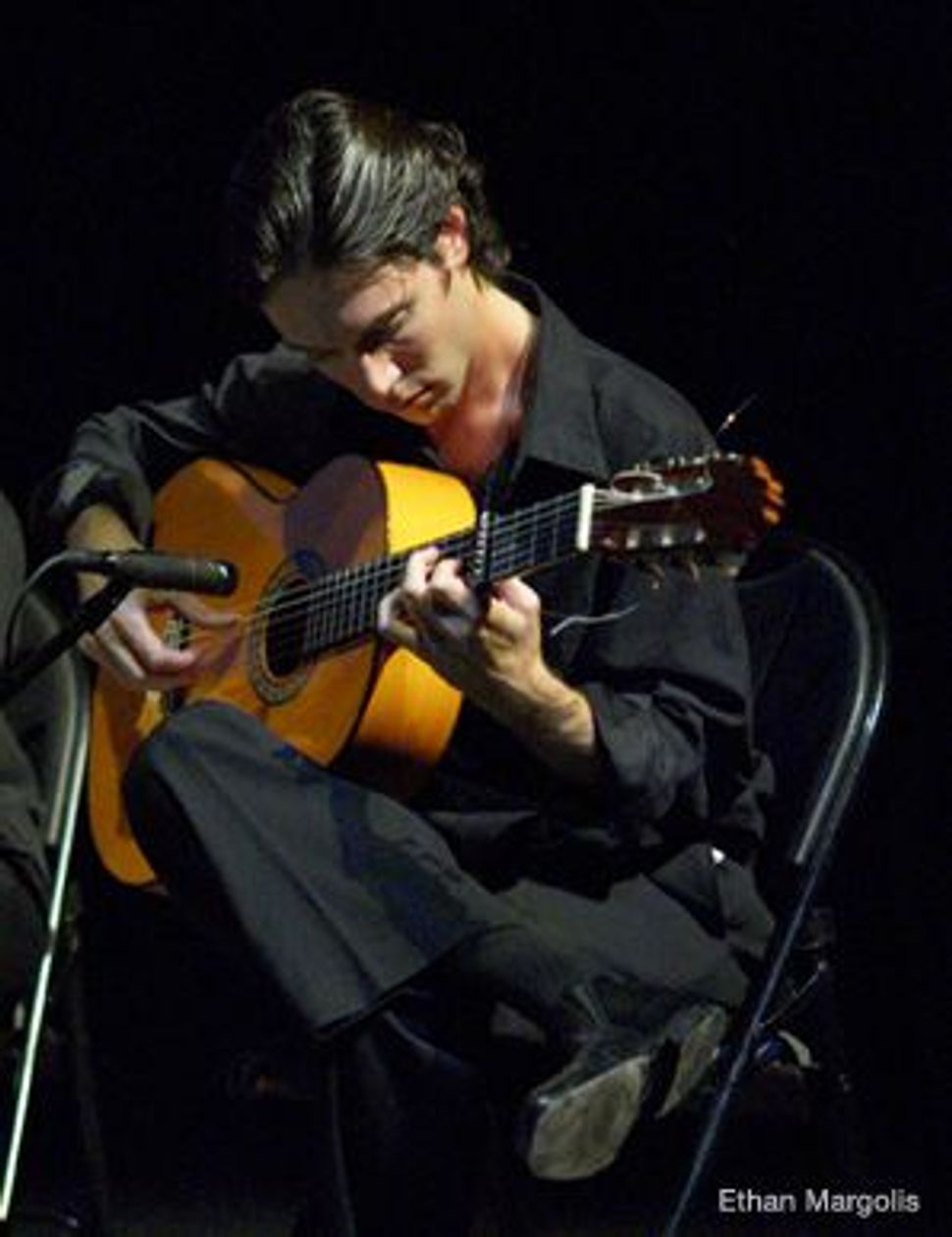 OLÉ!: Though he didn’t take up the guitar until he was 17, Ethan Margolis is now a leading figure in the world of flamenco

He is a resident of Seville who has devoted his life to preserving Gypsy music and dance from southern Spain. He founded an ensemble for that purpose, whose Spanish title means “art and purity.” And his name is… Ethan Margolis. 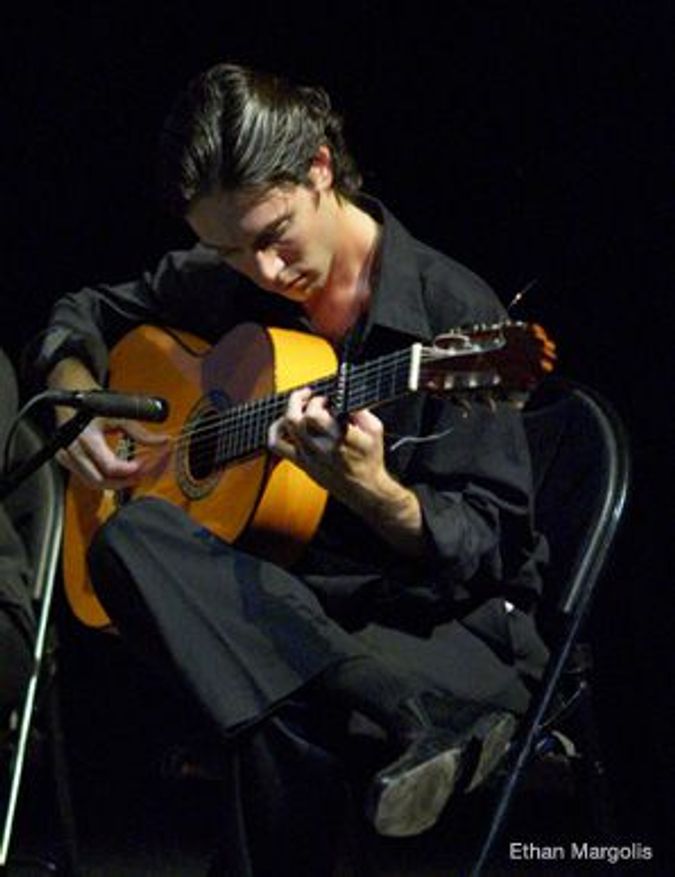 OLÉ!: Though he didn't take up the guitar until he was 17, Ethan Margolis is now a leading figure in the world of flamenco

So what’s a nice Jewish boy from the Midwest doing running a traditional flamenco group, anyway?

“It’s definitely ironic,” the 29-year-old guitarist told the Forward in an interview. “But not that ironic. It’s happened in every musical genre: You get people who fall in love with the music, who form a vision and who want to share it with others.”

Still, there was little in Margolis’s background to suggest that one day he would dedicate himself to maintaining an ancient Andalusian art form. Born in California and raised in Ohio, Margolis didn’t take up the guitar until he was 17, and at that time he was mostly interested in rock ’n’ roll. He went to the University of Michigan to study Spanish language and literature, but his life took a left turn when he attended a concert by the modern flamenco guitarist Paco de Lucia. “It was a total epiphany moment,” Margolis said.

Not long after that, he traveled to Seville, bought his first flamenco guitar and immersed himself in Gypsy music. “I probably spent three years, six nights out of the week, in Gypsy bars until six in the morning,” he recalled.

It paid off. Margolis gradually earned the trust of the local Gypsy community and began performing with some of its leading artists. He apprenticed with the highly regarded guitarist Antonio Moya, accompanied the equally renowned singer and dancer Miguel El Funi, and became engaged to another expatriate American, dancer Cihtli Ocampo.

Three years ago, Margolis and Ocampo formed Arte y Pureza, a troupe devoted to presenting only “traditional, pure flamenco from the Gypsy neighborhoods of Andalusia.” Last year, the group visited the United States for the first time. On October 10, it made its New York debut at the Tribeca Performing Arts Center, with Moya, El Funi, and several other singers and dancers in tow.

Managing a group of Andalusian Gypsy artists has not been easy. “They’re not that willing to take orders from someone who isn’t Gypsy, who isn’t from their culture or even their country,” Margolis said.

One also might question the wisdom of billing any ensemble as a vessel for “pure, authentic” music — especially in the case of a tradition like flamenco, which was a mongrel from the start.

Successive waves of immigration from Europe, North Africa and the Near East made Andalusia into a vast melting pot for Moors, Christians, Gypsies and Sephardic Jews. When the Kingdom of Castile decided to purify the realm of non-Catholics in the 15th century, some of Andalusia’s religious minorities took to the hills. This fugitive population included Muslims, Jews, dissenting Christians and lots of Gypsies, and all of them had their own musical traditions. And it was precisely that mess of influences that ultimately gave birth to flamenco.

(There are still similarities between flamenco song and synagogue chant, and Margolis sees a good deal of empathy between Gypsies and Jews, who find common ground in a shared history of persecution. “In my experience, a large proportion of the flamenco following outside of Spain is Jewish,” he remarked. His Gypsy colleagues, meanwhile, “feel a very deep understanding for the plight of the Jews.”)

In the 19th century, flamenco entered a golden age and began attracting non-Gypsy performers and patrons. At the same time, flamenco guitarists began borrowing techniques from classical music. That, in turn, opened a rift between purists who prized adherence to tradition and modernists who welcomed innovation.

That rift continued to grow throughout the 20th century, as flamenco mated with rock, jazz and Latin American pop. De Lucia, the man responsible for Margolis’s initial conversion to flamenco, has played a leading role in fusing flamenco with other genres.

Margolis admits that the notion of purity is a slippery one. “Everyone defines it differently,” he said. “For us, purity means that the essence of flamenco is not lost.”

That essence includes a central core of melodies and lyrics, of dance steps and instruments, without which flamenco wouldn’t sound like flamenco. Such things are most obvious to performers who are steeped in the tradition, but even neophyte audiences can pick up on their presence or absence. “They might not be able to put their finger on it,” Margolis said, “but they can feel it.”

And for Margolis, keeping that feeling alive has made the hassle of founding and directing his own troupe worthwhile. “It was very hard,” he said. “And it’s still very hard. But it’s very, very fulfilling.”