The Miracle of Hanukkah Songs 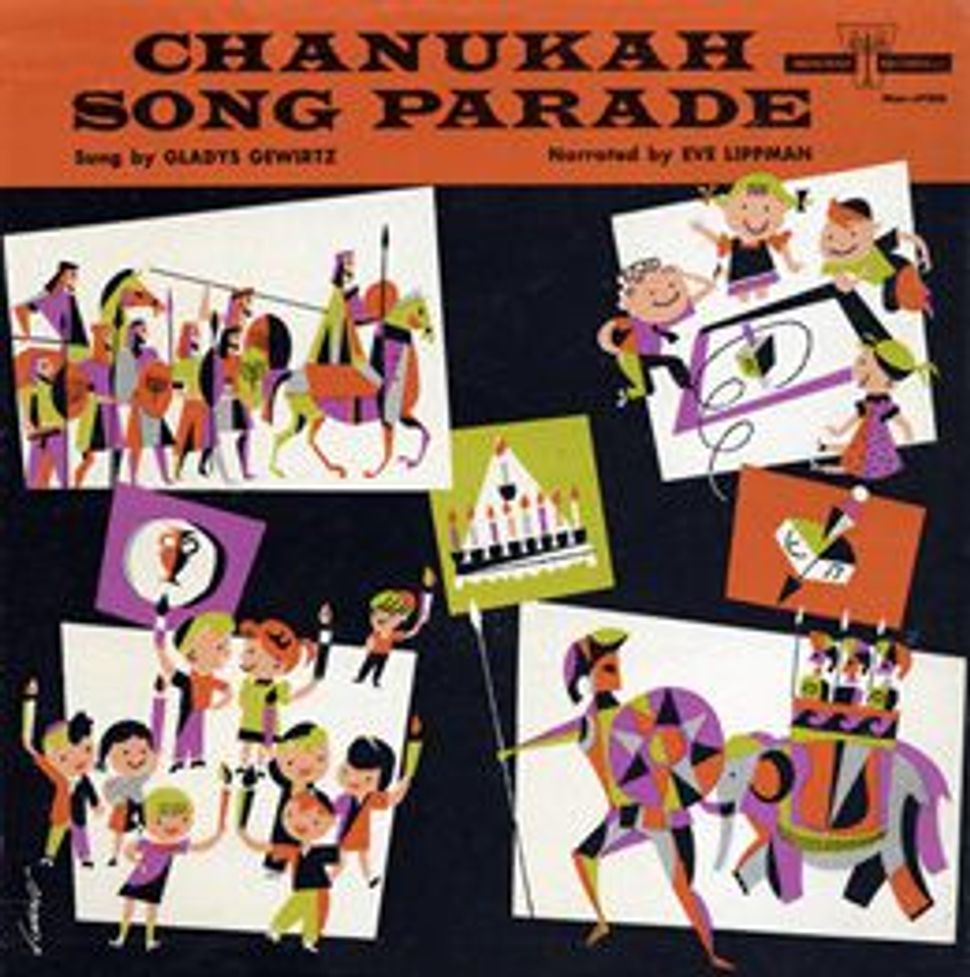 When it comes to singing the praises of Hanukkah, Adam Sandler’s “The Hanukkah Song” has become a contemporary classic, yet his is hardly the first — nor, I suspect, the last — musical expression of affection and appreciation for the ancient holiday and its Maccabean heroes. “So drink your gin-and-tonic-ah, and smoke your mara-juanic-ah,/If you really, really wanna-kah, have a happy, happy, happy, happy Hanukkah!” the comedian warbles as he sets about uncovering the inner Maccabee of Paul Newman, Dinah Shore and other stars of stage and screen whose Jewish identity had been kept under wraps. Earlier generations of songsters and celebrants were not nearly as transgressive and irreverent as Sandler, but they, too, drew on what were then the latest theatrical conventions to promote the holiday, from the tableau vivant and the historical pageant to the cantata. 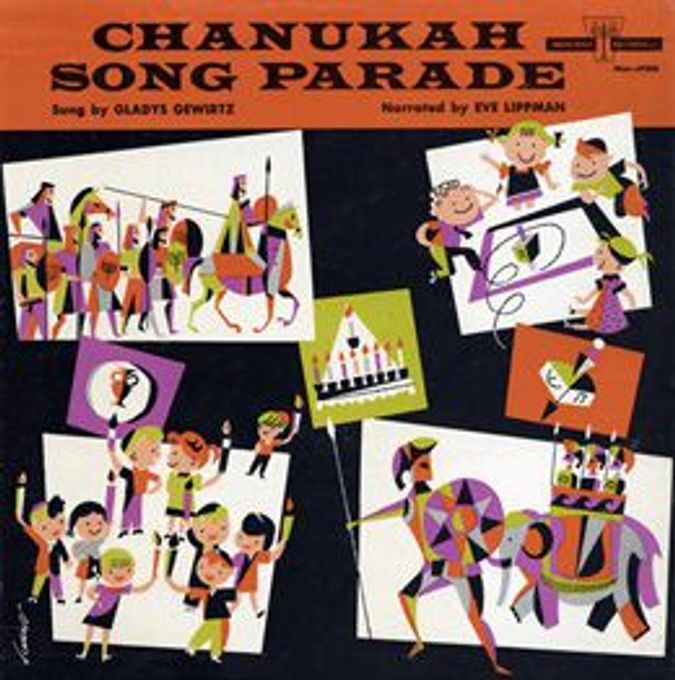 Consider, for instance, “The Grand Revival of the National Holiday of Chanucka,” an ambitiously conceived spectacle that made its debut in December 1879 at New York’s Academy of Music. Filling the eye as well as the ear, it featured 100 cymbal-bearing maidens, “Jewish soldiers, trumpeters, banner bearers, Syrian captives and young women with harps,” all of whom were clad resplendently in costumes “especially designed to illustrate the Maccabean period,” or so Frank Leslie’s Illustrated Newspaper reported. The point of the proceedings, which were accompanied by music sung by the choristers of New York’s Hebrew Orphan Asylum, was to overwhelm the audience with the majesty of the Maccabees and the nobility of Jewish history — and in that it apparently succeeded, prompting one eyewitness to describe the production as a “grand work of realistic art.”

As the 19th century gave way to the 20th, Hanukkah’s champions found new ways to trumpet its significance, making the home, rather than the public stage, the central forum for marking the holiday. Although the pageant did not entirely disappear from the repertoire — as late as 1933, Chicago’s Soldier Field was home to an enormous Hanukkah pageant, the handiwork of Zionist impresario Meyer Weisgal — the eight-day festival, like so much else associated with modern American Jewish life, became increasingly based in the home and within the nuclear family. Preparing and consuming bite-sized

edible Maccabees instead of staging larger-than-life re-enactments became the thing to do, along with humming songs culled from Abraham W. Binder’s “Chanukah Songster” (1922) — “Chanukah Candles,” a tune to be sung “slowly and languidly,” was one particular favorite — and following the directions for a puppet show outlined in Emily Solis-Cohen’s “Hanukkah: The Feast of Lights” (1937).

The growing availability of records meant to be played on the family’s turntable furthered the holiday’s association with the hearth. Now that Hanukkah is here, “clap and skip all around the room,” Jewish children in postwar America were told as they listened to the determinedly peppy, upbeat sounds of “Count the Candles” and those of “Song of the Latkes,” which anthropomorphized the potato treat: “I’m a little latke, crisp and tan.” Other popular, long-playing records included “Chanukah Is Freylekh!” a compilation of Yiddish and English ditties, and “The Ballad of Judah Maccabee,” whose lyrics relate how the ancient hero “in a move so bold… knocked them [Syrians] cold. Our Judah Maccabee!” The simple pleasures of these and dozens of other holiday songs can be rediscovered — or discovered anew, for that matter — at the Judaica Sound Archives at Florida Atlantic University, which are available online.

Meanwhile, those with more sophisticated musical tastes might find “The Magnificent Maccabee” more to their liking. Sonny Vale, a well-known composer of the interwar years, composed this hour-long cantata, said by its champions to be “very uplifting and exhilarating.” Known for writing protest songs, Vale was reportedly inspired to try his hand at a Hanukkah cantata after having read Howard Fast’s historical novel of the Maccabean struggle, “My Glorious Brothers,” published in 1948. Sadly, Vale’s cantata was never performed during his lifetime. Its debut took place only as recently as 1999, when the River Choir performed it at several venues in California’s Sonoma Valley. “It’s a lot of fun to sing,” explained Sonia Turbidy, director of the choral group, adding that the piece put her in mind of the 1950s, when Zionism was at its height. “To anyone involved in those organizations during that period, this will ring a bell — loud and strong.”

Whether approached with exuberance or with languor, with innocence or with knowingness, the music of Hanukkah not only lifted the spirits, but also promoted a tangible sense of connectedness with the past through print, sound and stage. Surely that’s something to sing about.

The Miracle of Hanukkah Songs