Therapist by Day, Boxer by Night 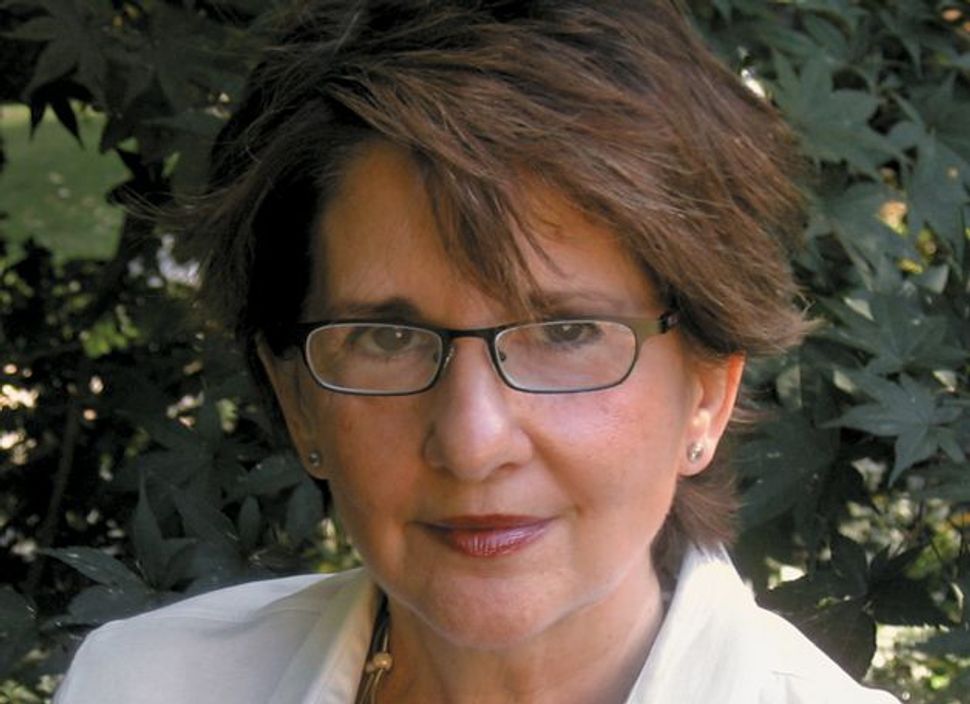 Off the Couch, In the Ring: Binnie Klein is a psychotherapist and a boxer on the amateur circuit. (Courtesy of Binnie Klein)

A bloody mouthguard floats in a bucket that I am holding under a young Hispanic man’s face. It is a frantic moment between rounds, and I am working the corner, reaching through the ropes of the boxing ring and mopping his dark kinky hair with a torn white towel. Inside the ring, kneeling at Manuel’s feet and urging him to stay alert is his coach John, a former middleweight champion. I am a 55 year old Jewish psychotherapist and spend my days in a leather recliner, quietly tuning myself to the complex themes of other peoples’ melodies, and each day begins with someone else’s song. But not this night; this night I am edgy, tough, ageless, and loud. A young black disc jockey in the back of the gym cues up the seductive riff of a Spanish dance tune, interweaving it with pounding hip-hop. Three police officers stand near the door, keeping an eye on things.

Manuel complained of nausea before the fight, saying “I don’t know why I feel so weird,” and I walked him around the gym, offering my half-eaten jelly doughnut and a firm arm around his shoulder.

It’s his first fight. Tending Manuel is so different than my daily work, free of psychological ambiguity and nuance. I’m in the physical dimension. It’s the Bizarro World of Superman comics – everything is opposite.

When we first enter the ring the referee strides over to check Manuel’s readiness. “You got your cup?” he asks. Manuel looks stricken, and John and I freeze. The ref frowns, already impatient at our incompetence. A chorus of dissatisfied murmurs rises from the front row and the judging table. Everything is grinding to a halt. Am I in the middle of a dream turning sour, like when you must move but can’t move, or scream but no sound comes out? I yell into the crowd where I can see Ryan, our boy who already fought and won, standing next to his proud father who set up a punching bag in their suburban garage when his son was five years old. “Ryan! We need your cup!” Ryan speeds into the locker room like the Pied Piper of penis protection holding up a leather codpiece out of a Brueghel painting, as Manuel leaps over the ropes to follow. They disappear through a door at the back of the gym. A balding and paunchy official straight out of Central Casting has approached me with a stern expression. “No cup? No fight!” “We’re getting it!” I plead. Because this is an amateur event, we’re granted leniency. Manuel bursts into the ring, his manhood enhanced by equipment and his own unflagging courage.

The match is saved! It’s not a bad dream. I start the encouraging whispers: “Get in there, you can do it, dart in and out like a mosquito, keep busy, jab, jab.” I’m not even thinking of Muhammad Ali’s famous “sting like a bee” – I fancy I’m inventing an insect image right on the spot. Ideas and words pop up like cartoon balloons, snippets of dialogue from old black and white movies where boxers have their egos massaged or bullied by their managers. Men encouraging men. “Do it for me!” “Live the dream for me!”

“Manuel!” I bellow from the ropes. My throat is sore, and I’m jumping up and down. Thank god for my industrial strength sports bra. “Get busy! Attaboy!” His graceful body is my avatar. Manuel works at a retail store, and has the gentle manner of a kindly teacher, his face sculpted and handsome. As a successful boxer back in his homeland of Puerto Rico, he would be a warrior who could represent the island. For good or bad, boxing is a sport that celebrates, exploits, and pulls out the pride in ethnicity like a taffy machine.

Manuel starts out too cautious; we’re screaming at him to jab. His opponent tries for body blows, and we’re worried, but suddenly Manuel lets loose a swarm of insistent punches. Three tense rounds later, our fighter is victorious. The crowd cheers, all languages mixed together in a cascade of triumphant pleasure. Mysteriously, Manuel is hard on himself. “I could have fought better. I just didn’t have it tonight.” “Are you kidding?” I say, “You won!” And it is as simple as that. Winning is everything, well almost everything, in this game. There is also the gorgeous notion of “heart,” which is a special kind of courage and persistence. I walk him out of the ring towards Samantha, the ringside physician, who grins at me. The fight promoter, the referee, the physician, the coach …they all know me. Sam snaps on her latex gloves for the post-fight physical and checks Manuel’s jaw, arms, and eyes. “He’s good to go.”

I dump the contents of the bucket outside the back door. Working the corner is not the sexiest of jobs. I waited three hours for Manuel’s bout, and just like the excitement, the crash comes quickly, a dip in psychic blood sugar. It’s 11 pm, and it’s been a good night, but I’m tired of the flickering fluorescent lights and I’m ready to go home.

The crowd is dispersing; Manuel’s was the last bout in tonight’s amateur line-up. Baked goods are now discounted to half-price at the concession stand run by the Hamden High School cheerleaders, who have outfitted themselves in bright pink bows and spandex tights. Young mothers scoop up their babies, who have slept or wept through the fights.

Manuel ambles over to the American flag to get his picture taken holding his coveted trophy as the disc jockey cues up Madonna. I hold his infant son and offer his young wife a handkerchief for her tears of pride.

Suddenly the warning tones of my Polish grandmother echo in my ears: “Vos is dos?” (what is this?) I see her standing before me in her plain housedress, legs bowed and encased in thick support stockings, a handkerchief on her head as she lights candles for Shabbas, a woman who traveled on a large ship to the United States in 1921, escaping the impoverished conditions of her shtetl, a woman old before her time and full of fear. Her brows crinkle with confusion, like most people when they hear that I am involved with boxing. Aggression? Physicality? In her shtetl in Poland, often the poorest of dwellings had a special honored shelf for books, and the Jewish way was to observe and study, not to fight. Anything else was a shanda, a shame.

From “Blows to the Head: How Boxing Changed My Mind” by Binnie Klein; reprinted with permission from Suny Press.

Therapist by Day, Boxer by Night