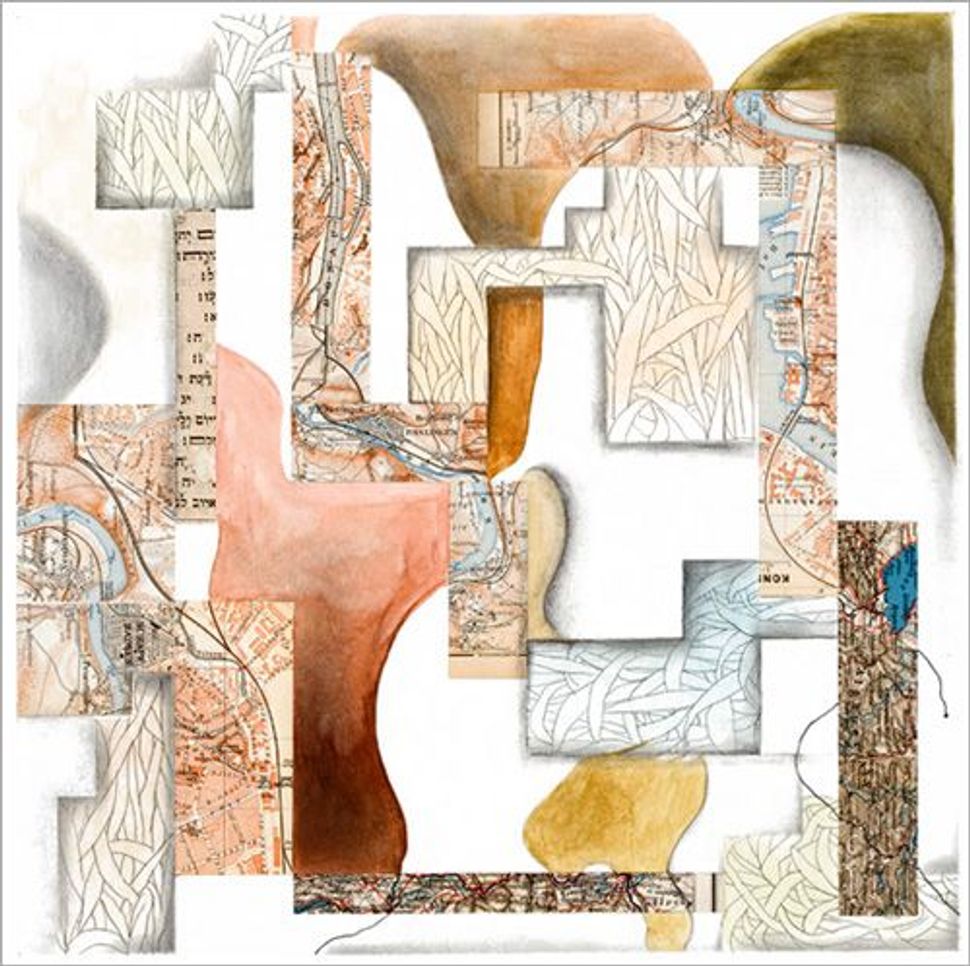 In the fall of 2006, Michigan-based artist Lynne Avadenka went to the Bavarian town of Schwandorf for a six-week artists’ residency program. Never having been to Germany, she picked up a couple of books she thought might be useful in helping her prepare: a Baedeker guide to southern Germany, some secondhand German-English dictionaries and a Hebrew-German grammar she had found on a discard table at her local Jewish library. Little did she know how centrally the books would come to figure in the work she was about to undertake.

Once in Germany, as she struggled to come to terms with the country’s history, language and terrain, Avadenka found herself taking apart the books she’d brought and using the pages as the raw material for three distinct series of prints. Taken together, she later wrote, the body of work formed a rumination on “memory and mapping, preservation, destruction and reconstruction.”

In “Formenlehre” (“Morphology”), the starkest of the three series, the focus is text. In one of the series’ images (see below), Avadenka highlights the German word for beech, Buche, and places it alongside the word for book, Buch. With this unexpected juxtaposition, Avadenka, with enormous economy, manages to conjure a whole universe of provocative resonances: German bookishness and the People of the Book, the burning of books and Buchenwald. At the center of the print is a calendarlike grid, a symbol of time’s passing, but the grid is tiny, scarcely capable of organizing the welter of meanings that surround it. 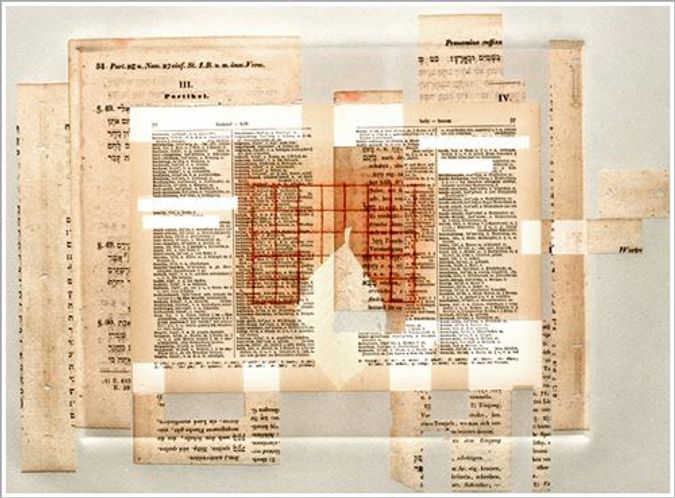 A second series, “The Distance Between Monuments,” combines maps of train tracks with softer, more organic forms. The distance in question is both physical and metaphorical. In Germany, Avadenka told the Forward, “there is a monument everywhere one looks, but how far have we really traveled from the events that these monuments mark and commemorate?” 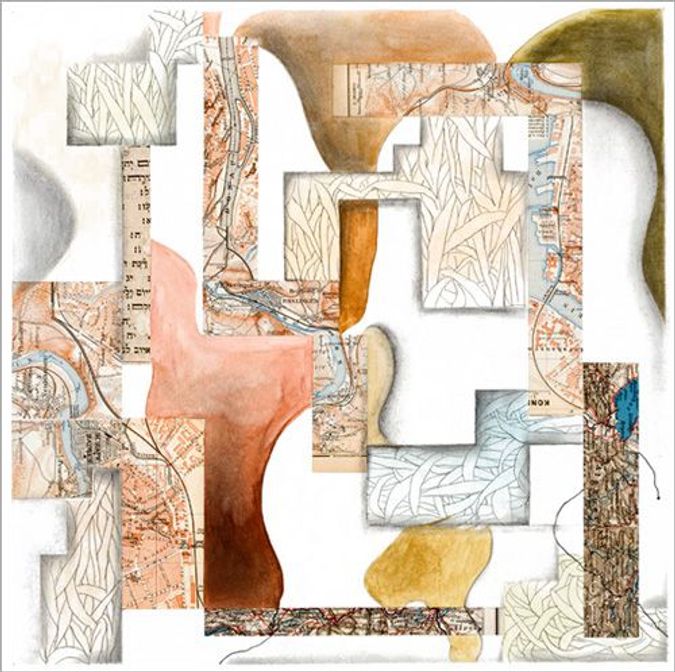 In her third series, “Tracks,” Avadenka again takes up the country’s train maps, this time refashioning them into a collection of unusual forms — what appear to be crosses between sea creatures and the letters of the aleph-bet. Alongside these figures, Avadenka placed bilingual versions of the work of Israeli poet and concentration camp survivor Dan Pagis (1930-1986). “The stark, allusive forms seemed a good counterpoint to Pagis’s stark and allusive poetry,” said Avadenka, whose Land Marks Press has been issuing bilingual editions of the work of prominent Israeli authors since 1981. 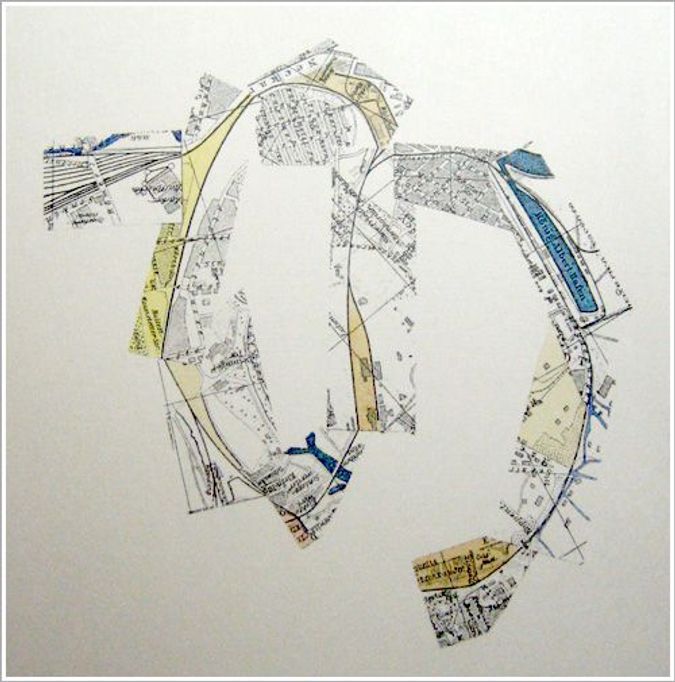 All in all, Avadenka’s German stay proved to be enormously rich and productive.

“I mailed my clothes home in a box,” she said, “so I could have room in my suitcase for the artwork.”

Eindruck (Impression), an exhibition based on the work Avadenka created while in Germany, will be on display in New York through December 8 at The Center for Book Arts, 28 West 27th Street, 3rd Floor, 212-481-0295.