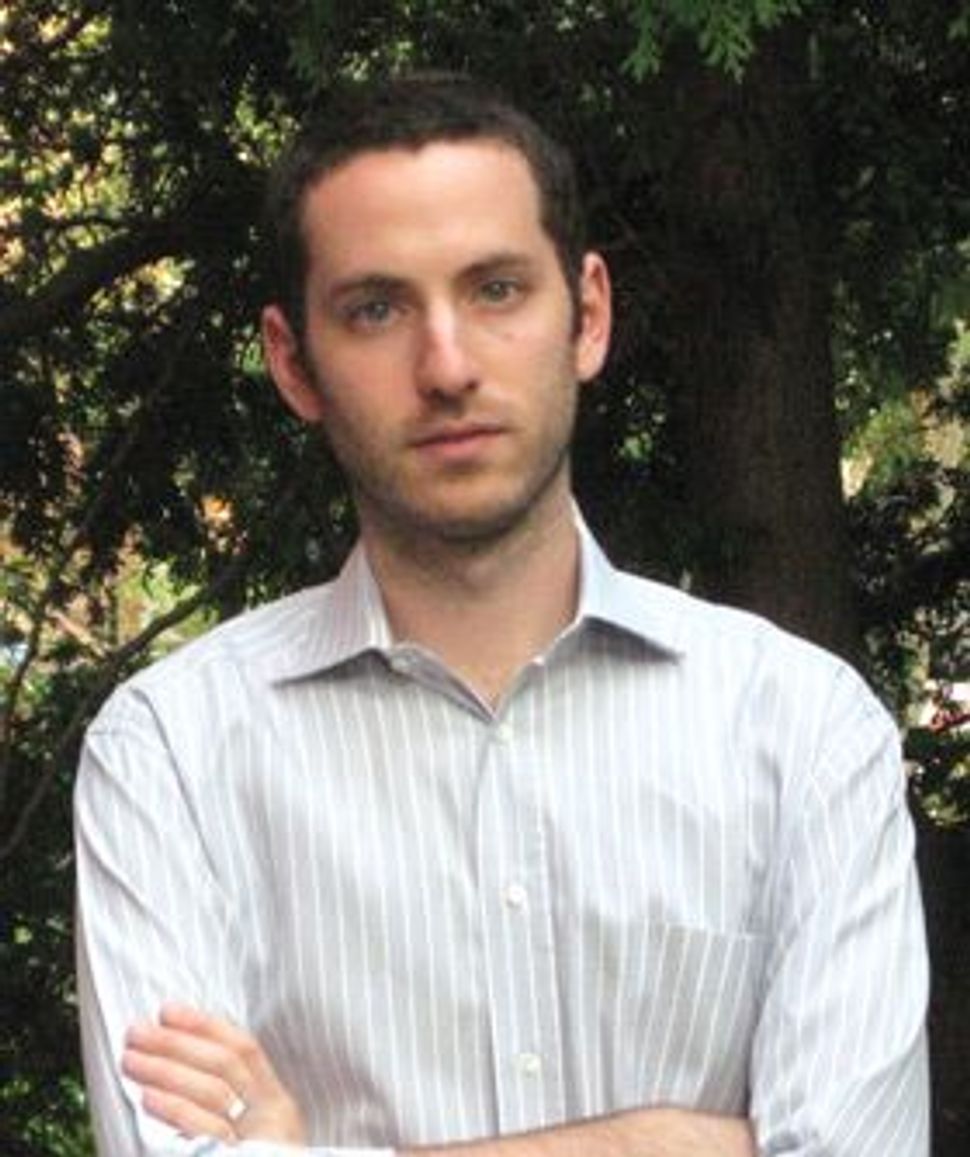 It’s not news that Jews tell the same stories over and over again. Anyone who has attended a Simchat Torah celebration knows that when the congregation finally reaches the last sentence of the Torah, they take a deep breath, twirl around a few times, drink a little schnapps, and then, with no further ado, start again at the beginning.

So it’s no damning critique to note that American Jewish fiction is, likewise, fundamentally repetitive. Ever since American Jews began to write novels, in the mid-19th century, they’ve repeated a few basic plots fervently, almost obsessively. Researching and writing my book, “American Jewish Fiction: A JPS Guide,” published last January, I endeavored to offer readers a sense of why authors do this. In deciding which books to cover and which to exclude, I aimed not just to represent the variety within this canon, but also to highlight its key narratives, the ones that return generation after generation. Why is it that American Jews keep writing, and reading, the same handful of basic plots?

In some cases, the answer is clear. In one sense the American Jewish experience begins on a pier in Europe, so obviously a great many novels tell the tale of immigration. Charles Reznikoff’s “By the Waters of Manhattan” (1930), for example, devotes half its length to the Old Country, while Henry Roth’s “Call It Sleep” (1935) begins with its protagonist disembarking from a ship. Literary masters Sholom Aleichem and Franz Kafka wrote their own coming-to-America stories (the latter without ever having set foot on the continent); later, Yiddish and English writers described the fates of refugees and displaced persons, as in I. J. Singer’s “Di mishpokhe Karnovski” (1943). So central has dislocation been to the Jewish experience that one major critic, Irving Howe, remarked that as Jews lost touch with their personal and family experiences of immigration, they would no longer produce major works of literature.

Howe was wrong — as every recent scholar of American Jewish literature has pointed out — for at least two reasons. First, immigration never ended, and young immigrants like Gary Shteyngart and Anya Ulinich have lately revived the genre by waxing sarcastic about the post-Soviet encounter with the United States. Second, immigration is hardly the only story to which American Jews keep circling back.

An even more regularly revisited plot is what we might refer to, somewhat euphemistically, as the intercultural romance. Everyone recalls Philip Roth’s Alexander Portnoy lusting after non-Jewish blondes, but as far back as Nathan Mayer’s “Differences” (1867), authors have spilled barrelfuls of ink over the question of whether Jewish men and non-Jewish women could get along, both in and out of bed. Male novelists haven’t been the only ones to dramatize the relations between Jews and non-Jews, either: Starting with Emma Wolf’s “Other Things Being Equal” (1892), the same love story has been told almost as frequently with the genders reversed.

It’s clear why this narrative recurs again and again: As Leslie Fiedler pointed out in “Love and Death in the American Novel” (1960), stories of romance between two types of people serve as vehicles for musings about the groups that those individuals represent. What better way to make the love affair between Jews and America come alive on the page than to invest it with the detail of a sexual courtship? Hardly a unique feature of American Jewish fiction — it has roots as far back, in Jewish texts, as Joseph and Potiphar’s wife, or Samson and Delilah — this trope is a central one.

Other consistent recurring themes in American Jewish fiction include the Holocaust and its memory, Israel and Zionism, Kabbalah and mysticism and the legacy of Jews’ involvements in leftist politics. These subjects recur in fiction because they recur in every other forum in which Jews convene to discuss beliefs, heritage and identity: in schools, in synagogues, in newspapers and journals. Stories focusing on these elements of Jewish history and life provide wellsprings of meaning for contemporary Jews and put forth visions of Jewish authenticity in a world that struggles to define Jewishness. It’s simply a matter of individual taste as to whether an author privileges a brawny IDF soldier, a soulful mystic, an indefatigable radical or a saintly survivor as his or her ideal Jew.

With rare exceptions, the authors of American Jewish fiction have returned to such stories insistently throughout their careers. Still, perhaps the most compelling feature of this literature, taken as a whole, is its constant push to re-imagine the Jewish experience, to reformulate it perennially in the most contemporary terms. I wouldn’t go so far as to declare of American Jewish fiction what Ben Bag Bag says of the Torah in Pirkei Avot — it’s not quite true that everything is in it — but the stories its authors tell are so richly relevant to our lives that they are worth turning to, and returning to, again and again.

Josh Lambert contributes book reviews and essays to the Forward and other publications, and is the author of “American Jewish Fiction: A JPS Guide” (Jewish Publication Society).