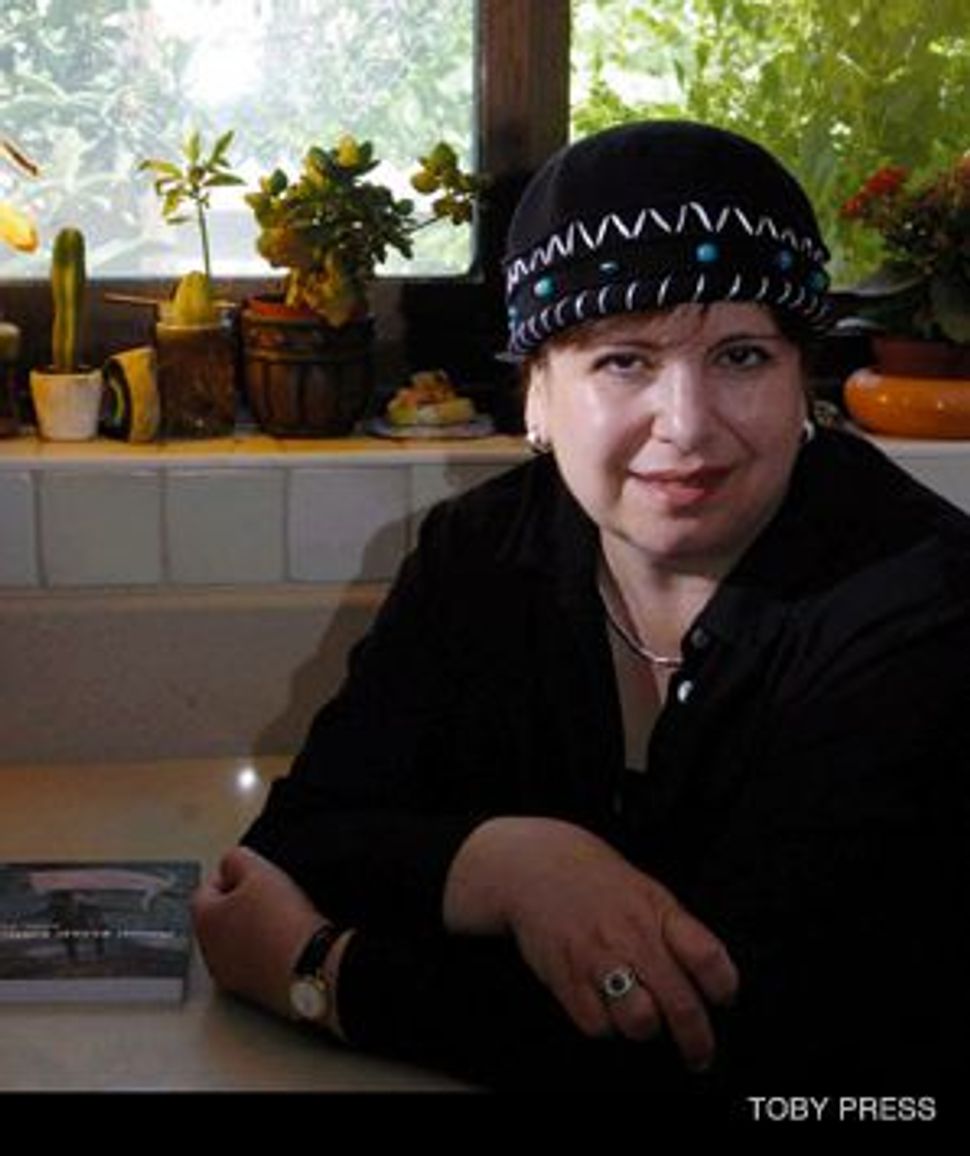 ELON: The author writes stories of adults, children and those in between.

If You Awaken Love 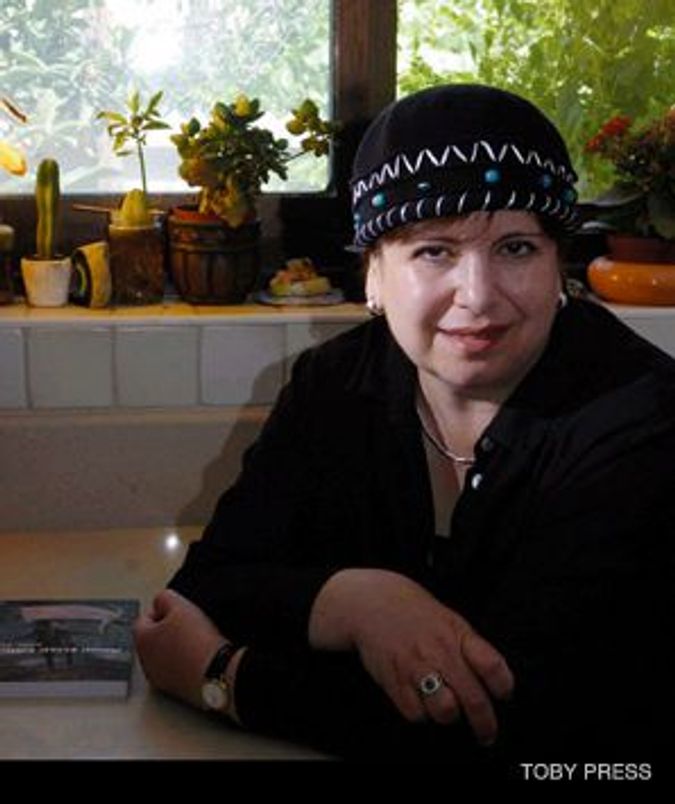 ELON: The author writes stories of adults, children and those in between.

Emuna Elon is an Israeli writer of stories for adults and children and those in-between. She has six children of her own, with National Union Party head and former Israeli minister of tourism Binyamin “Benny” Elon, and she lives with them in the West Bank settlement of Beit El, just east of fuming Ramallah.

“If You Awaken Love” is a debut novel consecrated to the adolescent condition: Beginning with 1967’s Six Day War and proceeding chronologically, it follows the rise of the Israeli right from the inscrutable ashes of the Yom Kippur War, and ends its political peregrinations upon the eve of the assassination of Yitzhak Rabin in 1995 at the hands of Yigal Amir, a young religious extremist. These are the formative years, both for Israel as Zion and for the couple of Shlomtzion Dror and Yair Berman, Elon’s star-crossed caricatures who eventually sunder their tender and tenuous union as if in a symbolic rift of the state.

Shlomtzion is the daughter of a biblical scholar — not a rabbi, but a tenured professor at Hebrew University who womanizes, secularly misogynizes, interprets widely and, while doing so, calls the holy Torah, or Bible, “the text.” Her family’s Jerusalem neighbor is Yair Berman, a scion of religious Jews for whom the word of God, and so the biblical roots of Zionism, is inviolable, without question. After returning from New York, where her father lectures at Columbia University and where she becomes quick, makeshift friends with blacks, Greeks and hippies, Shlomtzion falls into the religious world through her love for Yair, known as Iri; he studies at a yeshiva at the feet of great rabbis, while Shlomtzion lends a hand in the kitchens of these rabbis’ wives.

All seems to be preparing for marriage, though at the last moment, with Yair returned from the Yom Kippur War with a new seriousness of purpose and mind, a famed Rosh Yeshiva unmakes the match. Asked for his blessing, and perhaps taking into account Yair’s religious potential and Shlomtzion’s secular past, this elderly rabbi mumbles a litany of worrisome, and meaningless, homiletics. Later, a Sephardic kabbalist is consulted, who reports, “Heaven rejoices, but the hand of a righteous man holds back this match.” The two lovers split as the state itself splits, building walls of habit and cult, as if along the faulty Green Line: Shlomtzion retreats to singlehood in godless Tel Aviv, where she becomes a noted interior designer; Yair, who marries one of Shlomtzion’s fervent friends, decamps his growing brood to Tirza, a controversial settlement just a stone’s throw from Palestinian Nablus.

From the vantage of this plot, “If You Awaken Love” is a serious and insistently dark comedy of politico-religious matters and manners. But Elon has a second allegiance in mind — to the American romance novel, or the literature of domestic strife. Her subplot is this: In 1995, Maya, Shlomtzion’s daughter by a later husband she never loved (apparently, she’d been in spiteful love with Yair ever since; Maya’s father was Yair’s army commander), becomes religious and then engaged to a young rightist named Ariel who just happens, miracle of miracles, to be the first Berman son. On the Sabbath weekend of Rabin’s assassination, Shlomtzion travels with her daughter to Tirza: It’s a summit of sorts, its intention to plan for the wedding — the Dror-Berman nuptials resurrected, or deferred. Neither Maya nor Ariel knows the past shared by their parents. Misunderstandings ensue, followed by the public death of the peace-minded prime minister.

The dramatic, almost operatic or merely stagy, conceit here is so obviously symbolic, or allegorical, as to require a minimum of illuminating commentary: Unrequited love matures into either pseudo-philosophical existentialism (Shlomtzion, with her lonely near-widowhood) or the life of a fiction, or dream (Yair’s adult ideal of a Zion rolling its hills from the Jordan to the Mediterranean Sea). The moral at work here is equally borrowed, and blue: The children, per the book of Exodus, inherit the sins of the parents — essentially reliving their lives.

Shlomtzion herself, once reformed from religious observance, is still a fanatic — for sympathy: for the tired and frustrated Leftists, for the fiery, indomitable Rightists, for the American tourist-Jews (Rabbi Shlomo Carlebach makes a fun and quick cameo), and even for Arabs. “Scattered along the mountaintops on the far side of the highway are the lights of the Jilazun refugee camp,” she relates of Tirza’s locale. “In the late 1940s hundreds of families were exiled there from their beautiful villages, upon the ruins of which the Jewish state was built. In its squalid houses they now live, raising a fourth generation of refugees who hate Yair and me and all of us who weave dreams of return to their true homes.”

But such extreme sympathy is nothing if not the condition of the young, or unformed. To express longing for a “true home” that, for its existence, requires the removal, or eradication, of a people is not compatible with the expression of solidarity, or sympathy, with that very people; such an emotional displacement is wrong, mentally contradictory — morally speaking, a cognitive dissonance. Just as you cannot marry everyone you have ever loved, you cannot support everything that has ever been supportable: There is a name for such people who indiscriminately, and immediately, “want” or “need,” and it is a “child,” or a child’s babbling Babel. Elon’s novel of an Israeli society lost in the wilderness is, unconsciously, a novel of Israel’s adolescence, of its sentimental education in an unsentimental age. Outside the novel’s chronology, Ariel Sharon shall arise and dismantle a handful of settlements. Ehud Olmert will perpetrate an inapt war with apt justification. Let’s hope Elon’s lovers, or at least their daily typecasts, transcend their time, too — and pass on to a future in which love can be the beginning of compromise, and not its murderous end.