Where Once They Burned Books… 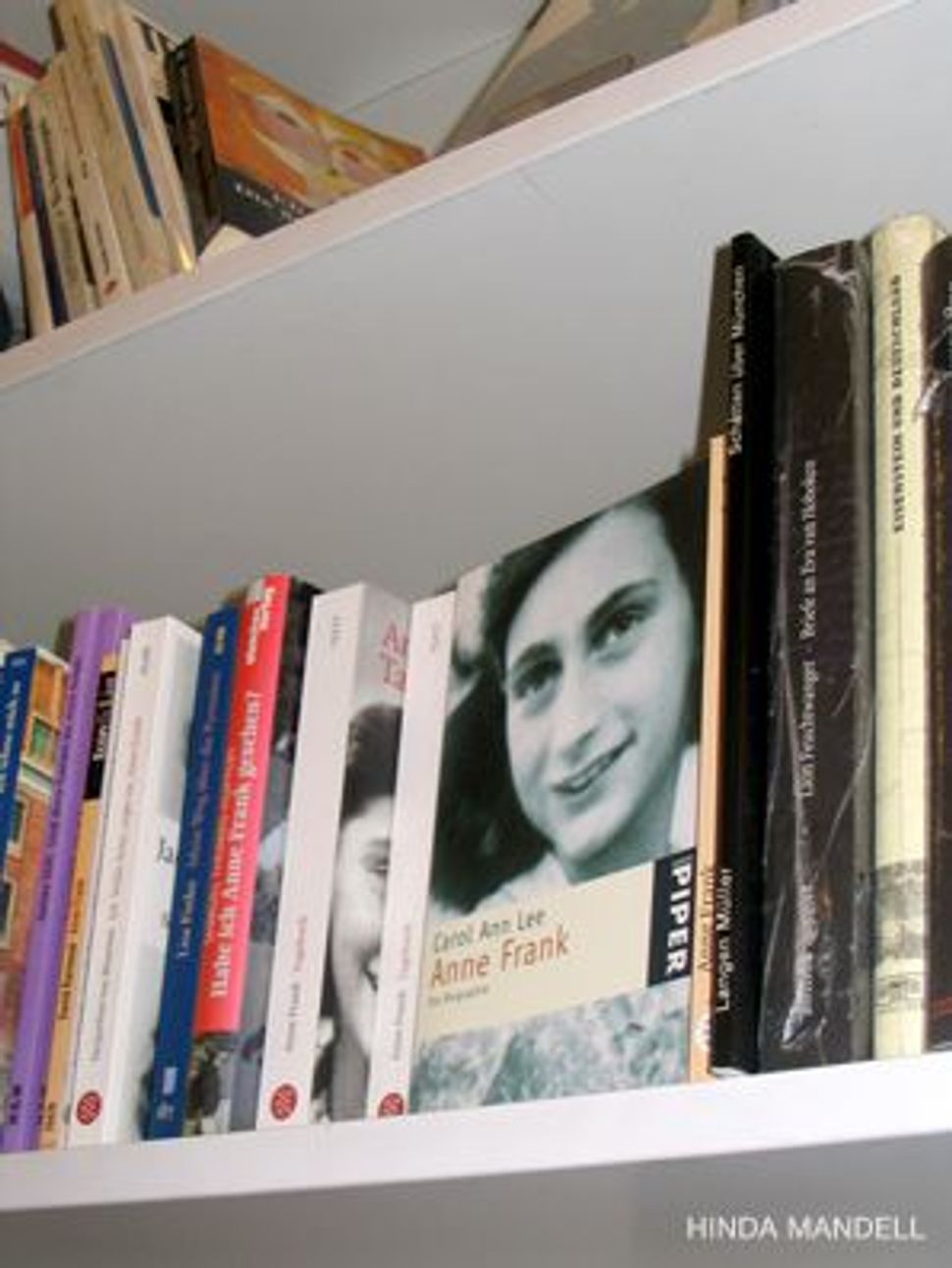 Most Jewish-related anniversaries in Germany are commemorations of tragedy. But this season marked 25 years since the establishment of a remarkable postwar creation — a feat of hope and foresight happily enjoying continued success. 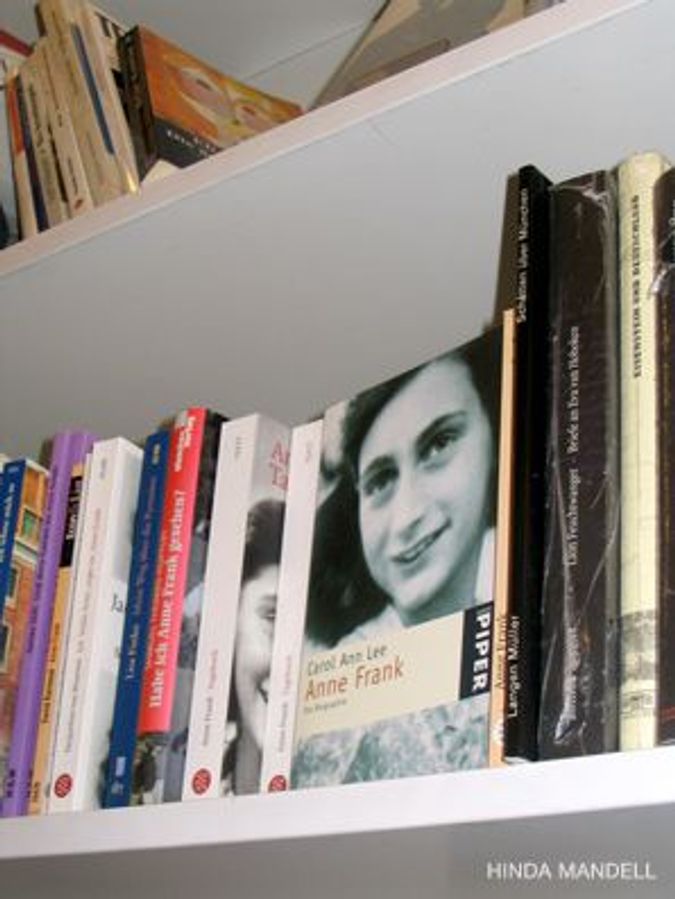 Located steps away from the shopping district on Kurfürstendamm, the Literaturhandlung is one of seven shops throughout Germany that make up the country’s only chain of Jewish bookstores. Taken together, these shops offer a small but symbolic retort to that dark chapter in German history, when books — and then, of course, people — were publicly burned. Indeed, three miles from Berlin’s Literaturhandlung is a plaque memorializing one of the most iconic days in this particular dark chapter: the May 10, 1933, burning of some 20,000 condemned tomes at the square later known as Bebelplatz.

At the Literaturhandlung, which roughly translates to “literary plot,” customers browse titles on Jewish history and culture. The vast majority is written or translated into German. Rachel Salamander, the store’s founder, is the force behind the operation. Born in 1949 in Germany, Salamander has spun the stores into a cottage industry of consumable Jewish culture for a customer base whose knowledge of Judaism is mostly piqued by the 12-year reign of the Third Reich. Literaturhandlung stands out as a unique enterprise: For Jews, especially those who are tourists, the simple act of browsing can prompt a highly emotional response to the items on the shelves; and for non-Jewish customers, the literary material is a historical record and a guide to Jewish life, a subject that, in Germany, is still handled with kid gloves.

In the early 1980s, when Salamander first embarked on this project, the topic of Jews in Germany was raw and regarded as taboo. As the child of Holocaust survivors, and as someone who was born in a displaced persons camp, Salamander has carved out her niche of what it means to be Jewish in postwar Germany. Her Polish parents, who met in Turkmenistan, were war refugees: Her mother escaped from the Warsaw Ghetto, and her father survived the Soviet Gulags. The Salamanders were among the last 100 families in the last displaced persons camp in Germany, finally leaving when it closed in 1957.

“Only the physically ill or most broken psychologically remained in Germany,” Salamander said. “They were the nucleus of the new Jewish community in Germany.”

Although Salamander was German born, it was expected that eventually she would leave the country of her birth for the United States or Israel. Germany was supposed to be a temporary holding ground; opportunity was to be found elsewhere. But after earning her doctorate in German literature and philosophy from the University of Munich, Salamander felt ready to engage her past in the country known as “the land of the perpetrators.”

“I felt I had to do something with my history,” she said. “The Literaturhandlung was the first open place where Jews and non-Jews could find — in the form of books — what was written down on Jewish history, literature and culture.” Yet the shop was more than simply an outpost for books; it provided Germans with a real face of Jewish life post-Holocaust. Curious customers stopped by to check out the proprietor in addition to the wares. “Some people came to the store just to see a Jew,” Salamander said. “Everything Jewish at that time was so rare. It was only occupied by the Holocaust.”

Curiosity surrounding Jews and their religion persists today, perhaps even in increased form. For many, the Jewish presence in Germany is a reminder of the war years as well as a marker of how far the country has come as a democracy. This becomes apparent at lectures sponsored by the Literaturhandlung, which take place at the Jewish Museum Berlin. Salamander draws a mostly non-Jewish crowd with such prolific figures as Elie Wiesel and Amos Oz. Last September, Aliza Olmert, the German-born wife of Israel’s prime minister, gave a talk about her autobiographical novel, “A Slice of Sea,” to a crowd of nearly 200 people.

According to Cilly Kugelmann, executive director vice director of the Jewish Museum Berlin, it is the historic connection to National Socialism — no matter how tenuous — that draws a certain population to Literaturhandlung events.

“In every German family, there is someone who lived between 1933 and 1945,” she said. “Every single German was involved in the anti-Jewish policy of the state.” Some are pushed to understand their family’s history by feverishly consuming Jewish topics. A sense of normalcy between Jews and Germans is still shaky, Kugelmann added.

Peter Ziemens, a 45-year-old electric repairman, attended the talk. It marked the first time, he said, that he participated in a Jewish-related event. “I hope at the end, I will take something with me to think about,” he said prior to Olmert’s presentation. Ziemens added that he is on guard when he talks about Jews — even when he thinks about them privately — since he is afraid to say or believe something that could be construed as offensive. “If you ask me about the Indians or Chinese, I can answer freely,” he said. “Just to say the word ‘Jewish’ is very difficult. It’s just my generation.”

Hinda Mandell is a writer living in Boston.

Where Once They Burned Books…