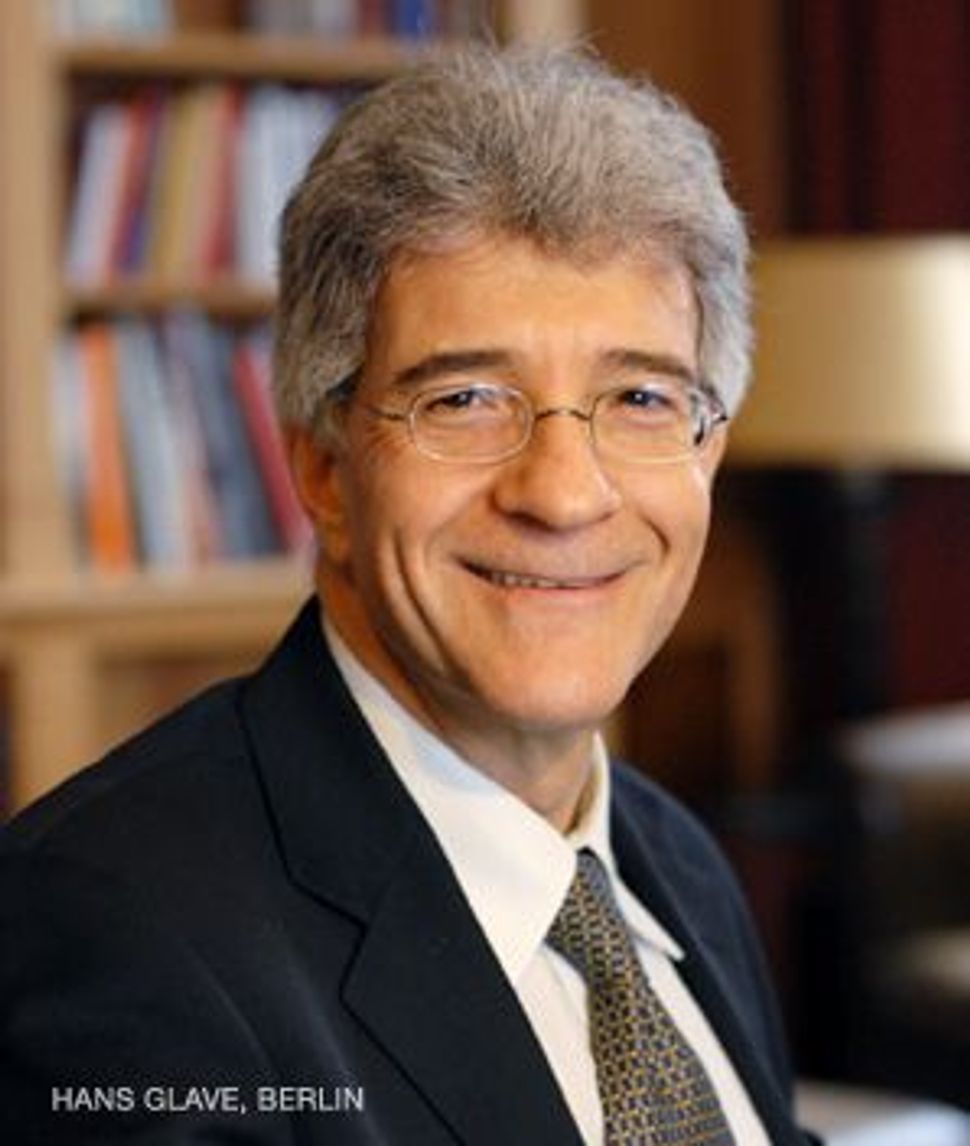 The great and yet never autonomous province of Galicia was a bridge to the East from Europe. Today, Galicia is centered in Ukraine, with a significant portion partitioned into neighboring Poland. The proper name of this phantom land was once “The Kingdom of Galicia and Lodomeria,” named after its principal Ukrainian, or Ruthenian, cities. At the founding of Austro-Hungary, a southern section of Galicia was ceded to the double crown; this province was known as “The Kingdom of Galicia and Lodomeria with the Duchies of Auschwitz and Zator.” The fate of this overwhelmingly Jewish world was foretold in its latter name. Zator is a sleepy town of historical interest, today in southern Poland. Auschwitz has made its own reputation. 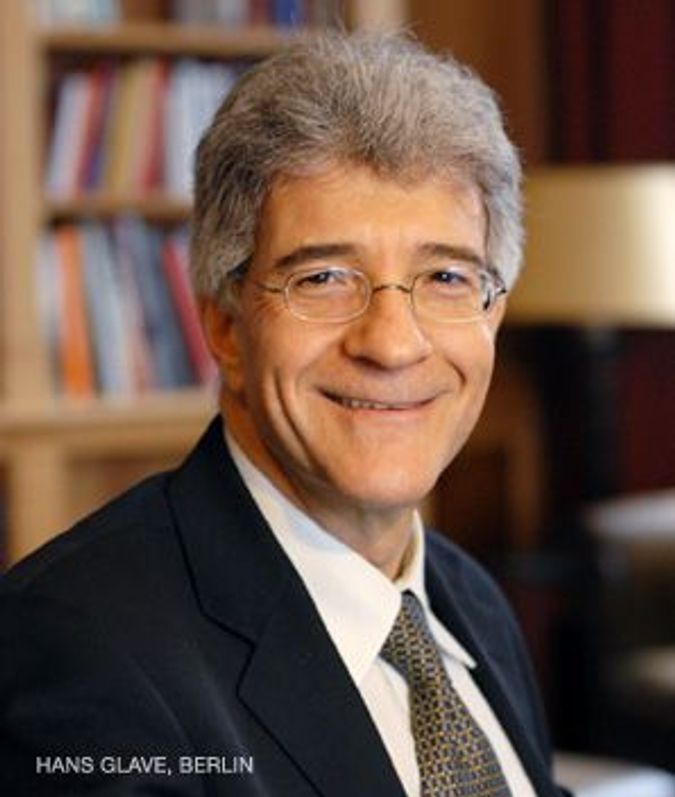 Israeli-born Omer Bartov, professor of European history at Brown University, is one of the foremost scholars of Jewish life in Galicia. His career can be read as a discovery of the self, an Eastern adventure in redefinition of private identity. From such works as “Murder in Our Midst” and “Hitler’s Army” to his newest volume, “Erased: Vanishing Traces of Jewish Galicia in Present-Day Ukraine” (Princeton University Press), Bartov has allowed the personal to respectfully and intelligently encroach upon the professional and scholarly. He is not afraid of footnotes, nor is he afraid of writing from the heart. “Erased” profiles 20 Galician cities, towns and villages, uncovering the sorrows of their pasts, and their presents as both living memorials to the Holocaust and hopeful, future-full, space. Our literary critic Joshua Cohen recently spoke to Bartov about his book, via e-mail.

Joshua Cohen: “Erased” is part travelogue and part history-on-the-fly, a biographical dictionary of destroyed Jewish communities in Ukraine and a tragic encyclopedia of how Jewish life (and death) has been misrepresented under Soviet and post-Soviet rule. Why is antisemitism still rife in a Ukraine with so few Jews? What can explain such hatred for a people that no longer shares Ukrainian nationality or land?

Omer Bartov: Antisemitism is especially strong in those parts of Ukraine where there are the lowest numbers of Jews and where complicity in the eradication of Jewish communities was greatest — that is, in the regions where the collaborators in the genocide were also those who were seen then, and are seen again now, following the collapse of communism, as the national heroes and liberators of Ukraine. So antisemitism is linked intimately to the absence of Jews rather than to their presence. This is most of all the case in Western Ukraine, the former Eastern Galicia, which was the cradle of Ukrainian nationalism, and from which the Jews were most systematically eradicated with particularly close collaboration from Ukrainian nationalists, who dreamed of a Ukraine free of Jews and Poles. Indeed, the main antisemitic argument in Western Ukraine today is that the government in Kiev is controlled by the Jews, and by their alleged “Jew-oligarchs” from Russia.

J.C.: Your book traffics in borders within borders, with redrawn maps and loss of what might be called “habitus.” Does Galicia — today sundered between Poland and Ukraine — still “feel like Galicia”? Is there a Galician spirit separate from Ukrainian or Polish political allegiance or culture? What about Bukovina? Do these geographic (or sentimental) constructs remain today among the general population — or only in Jewish, or Hasidic, communal memory?

O.B.: Galicia still feels like Galicia. But it feels, as it did in the past, like a different Galicia for different beholders. Ukrainians who live there still refer to themselves as Galicians, and in that sense perceive themselves as distinct from other Ukrainians, which, in fact, they are. Yet their sense of Galicia is very different from that of Jews who visit today. Ukrainians see it as a land that has finally come into its own. Jews see it as a land that was emptied of all that gave it meaning, dotted here and there with collapsing synagogues and cemeteries grazed by goats. Poles, too, have their own Galicia in their minds, a land once ruled by noblemen, since taken over by peasants (that is, Ruthenians, or, as they are known now, Ukrainians), where great palaces are falling apart and Roman Catholic churches were converted for the use of Greek Catholics (the latter being the religion of most Galician Ukrainians). Galicia is, as it was, a land of many, and very distinct, memories, sentiments and recollections. The difference between past and present is that since the end of World War II, for the first time in its history, its reality is ethnically homogeneous — almost entirely Ukrainian.

J.C.: What will be the fate of many of Galicia’s oldest synagogues not currently being preserved? Will the Choral Synagogue of Drohobych, for example, just one day be allowed to collapse? Who, in your view, should be responsible for the upkeep of these unused and abandoned structures?

O.B.: Jewish edifices that are not being preserved will, within a few years, either collapse or be flattened and built over. The local municipalities do not consider Jewish remnants to be their responsibility or part of their historical heritage. The only way to preserve them is to initiate such actions from the outside. The sums needed are not great, since this is a poor region and labor is cheap. One would need also to negotiate with the local authorities; but as long as they do not have to pay for the preservation and can be persuaded that such preserved sites would also attract tourists and thus generate money for the region as a whole — as is indeed already happening in Poland — it is likely that there will be no opposition. Such investments need to come especially from Jewish communities in the United States and Israel. A good example of the potential for such investment is the provision of funds and labor by Poles in preserving and protecting their own national and cultural heritage in Ukraine. To be sure, it’s more likely that Ukrainians will respect Christian sites, even if they are Roman Catholic, than Jewish ones.

J.C.: How do the majority of Ukrainians view Jewish memorial attempts by outsiders? How does a provincial Ukrainian town or village respond to an American or Israeli Jew paying to erect a stone or plaque in a place he has no intention to live in?

O.B.: Such actions do not seem to me to generate particular hostility. The reaction is — if there is any at all — a desire to erect more Ukrainian national commemorative sites, as well, for fear that the Ukrainians might “lose” their own claim to victimhood and suffering. This “competition of memories” is hardly unique to Ukraine. We have seen similar phenomena in France, Germany, Poland, etc. Of course there are antisemites and rabid nationalists who will desecrate or attempt to destroy Jewish sites and monuments. By the same token, there were also Ukrainians who attacked sites commemorating nationalists who simultaneously collaborated with the Nazis. But by and large, as one can see from commemorative sites to the Holocaust in L’viv (paid for by Jewish money, without any municipal participation), the population will accept their existence even if it does not quite internalize the message they carry.

O.B.: The differences are quite striking and conventional at the same time. Soviet texts eliminated Jews from the sufferings of World War II and spoke merely of innocent Soviet citizens. When Jews were mentioned or referred to, this was done in Yiddish, which the Soviets saw as the “national” language of the Jews, but never in Hebrew. Post-Soviet Ukrainian commemoration continues the same practice of eliminating the Jews as victims; though those commemorated since Ukrainian independence in 1991 are no longer Soviet citizens but Ukrainian citizens and especially Ukrainian national heroes, who happen to have also often fought with the Germans in the early part of the war in the Soviet Union and then fought against both the Germans and the Soviets in the latter part of the war, yet throughout strove to rid Ukraine of its alleged foreign population, the Jews and the Poles. Jewish commemoration, when allowed at all in the Soviet period, was strictly in Ukrainian and at times also in Yiddish. Jewish symbols and the mention of Jews in general were rare. The perpetrators were described as “fascists.” There was no mention of local collaborators. Since 1991, in the few sites in Western Ukraine where there is any commemoration of the Holocaust, one finds a glaring discrepancy between the texts written in Ukrainian, English, Yiddish or Hebrew on the very same monuments. Thus, Yiddish or Hebrew texts will mention Jewish victimhood specifically, whereas Ukrainian texts will not. At times, the figures of Jewish victims given in Ukrainian will be lower than those in Yiddish or Hebrew. The formulas will also be at times different, so that Yiddish and Hebrew texts will use traditional calls for revenge for the spilt blood, whereas English and Ukrainian texts will express sorrow or merely mention the fact that mass killings took place on that site.

J.C.: Your own family is from Buchach, Ukraine, but managed to escape the Holocaust for Palestine. Your trip back to that town must have been emotional, trying. How does a Jewish academic whose subject is the Holocaust separate the personal and anguished from the public and professional? Was there any time in your experience when rage (or any other emotion) overtook the intellect? Was “Erased” written out of a strict historical impulse? And ultimately, can such strict history be enough of an impulse or method by which to “capture” Jewish memory?

O.B.: My mother and her parents and brothers left Buchach in 1935. In that sense, they were not survivors and did not “escape.” Had they stayed, as did the rest of my extended family, they would have most probably all perished. No other member of my family who stayed in Buchach survived the war. In this historical sense my mother and uncles and grandparents were survivors, although they never thought of themselves in these terms. Perhaps for this reason, traveling to Ukraine is for me a melancholy journey, but also one that combines a desire to know the landscapes in which my family lived for generations, to know what the towns and villages look like, what has remained of the world that vanished and what has replaced it. It’s true that at times I could not avoid feeling anger, even rage, at the indifference, and sometimes outright malice, with which the relics of Jewish life are treated: the cemeteries turned into marketplaces and the synagogues used as garbage dumps, the unmarked mass graves and the staircases made of Jewish tombstones. The story told in “Erased” is a partial story. The story I am engaged in writing at the moment, a “biography” of Buchach, from its establishment in the 14th century to its destruction as a multiethnic community in the course of World War II, is one in which the life of the community will be told in just as much detail as its demise. Because we can never understand the meaning of eradicating a culture without knowing first the beauty, the variety and the diversity of what it was that ended up vanishing with almost no trace.