At 90, the Man Behind Mr. Magoo Serves Up Irreverent Debut Novel 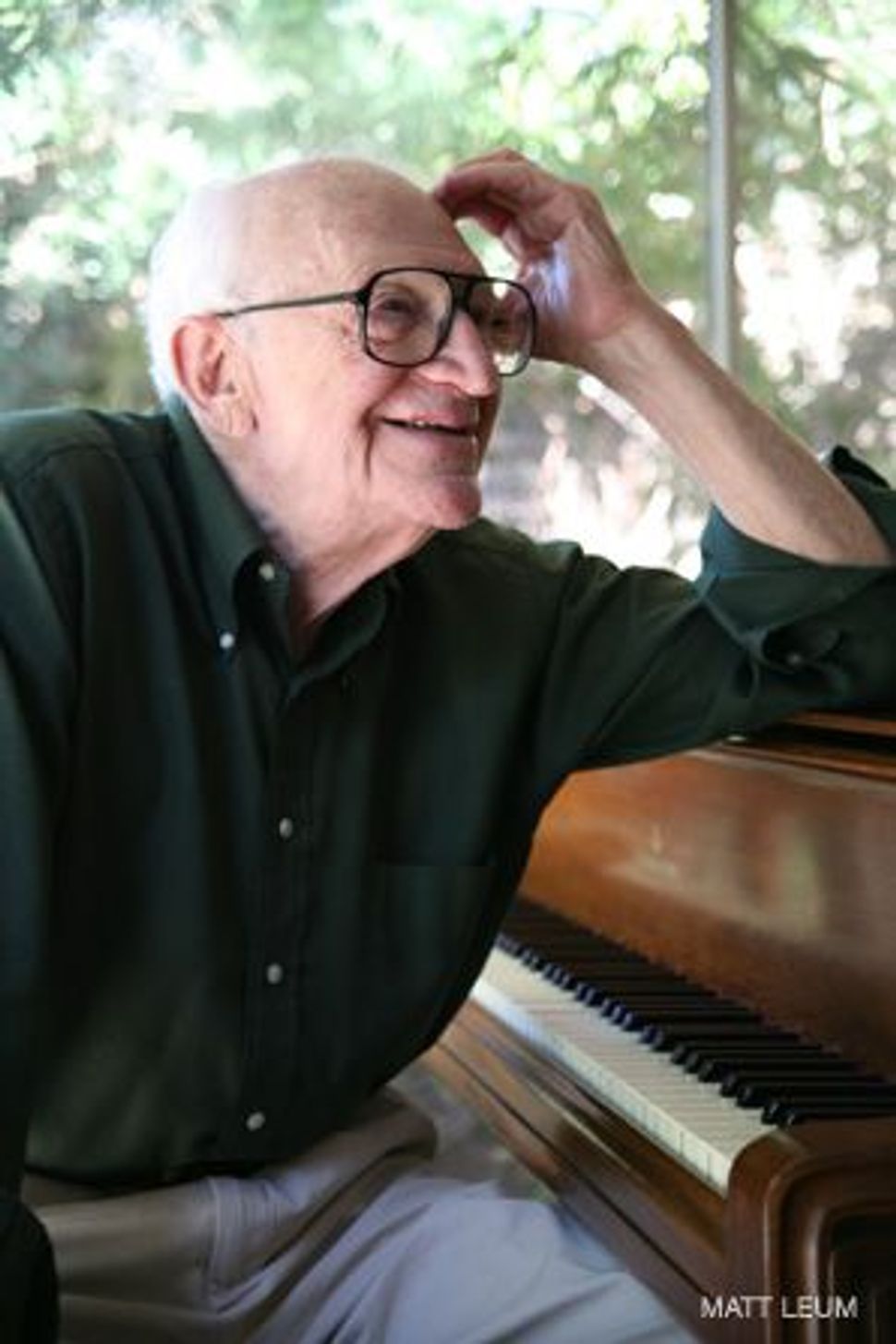 VISIONARY: Millard Kaufman has just put out his first n ovel, a satirical look at a fictional province in southern Iraq named Coproliabad 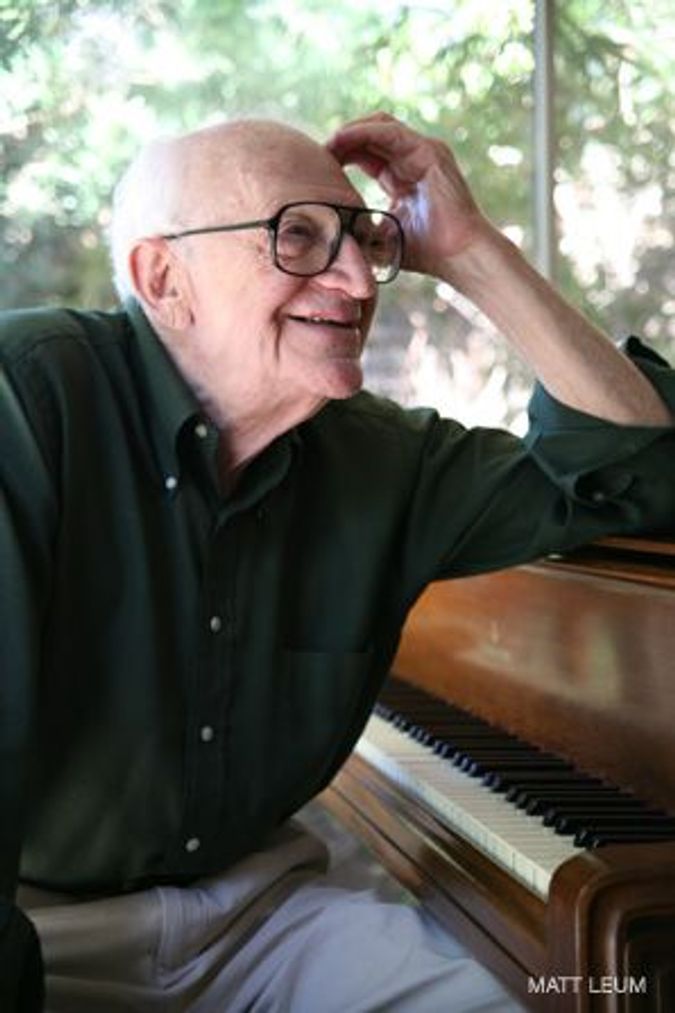 VISIONARY: Millard Kaufman has just put out his first n ovel, a satirical look at a fictional province in southern Iraq named Coproliabad

It’s hard to imagine a better poster-boy for a bumbling foreign policy that leaves copious wreckage in its wake than good ol’ Mr. Magoo. In recent years, an editorial in The New Yorker used the myopic cartoon character as a stand-in for President Bush, and Salon.com presented Mr. Magoo as a convenient analogue for Paul Wolfowitz. Taking a different tack, National Review conflated him with United Nations weapons inspector Hans Blix when Blix offered early criticism of the case for war against Saddam Hussein. According to the hawks, Blix’s assessment provided evidence that he “cannot see in front of his nose” WMD-wise.

But why settle for misappropriation when the co-creator of Mr. Magoo is still alive and very much kicking? At age 90, Millard Kaufman has just published his irreverent debut novel, “Bowl of Cherries,” which is — no surprise — a scathing satire about our unfortunate geopolitical morass. Well, sort of. The novel offers a contemporary glimpse of a highly fictional, chicken-shaped province of Southern Iraq that contains the aptly named city of Coproliabad, where citizens build startling architectural wonders out of human excrement. Make no mistake, “Bowl of Cherries” is crass, offensive and overblown, but its portrait of a world driven mad by greed and hucksterism, miracle cures and imperialist agendas stumbles smack into its share of worthy targets. Not unlike our beloved Mr. Magoo.

If Kaufman’s book indulges some of an old man’s most childish preoccupations — apparently, flatulence regains its hilarity around age 75 — the author has earned the right to his frivolity. He fought for the Marines in World War II at the battle of Guadalcanal, contracting dengue and malaria. Having moved to Hollywood, Calif., he later won two Oscar nominations for screenwriting — most notably for “Bad Day at Black Rock” (1955), a tense and courageous account of postwar racism — and lent his name to blacklisted scribe Dalton Trumbo for the classic B-noir “Gun Crazy” (1950). Kaufman is old enough to have endured nearly a century’s worth of military-industrial agitation on the front lines of ground wars and culture wars, so no wonder his best response to current events is an out-and-out farce in the Kurt Vonnegut mold. “Unless you recognize life’s dangers,” one of the self-proclaimed sages of “Bowl of Cherries” says, “you’ll never try to fathom its mysteries. It’s fear and peril that make one think. Don’t you agree?”

Where his screenplay for “Bad Day at Black Rock” serves as a model of terse narrative efficiency, “Bowl of Cherries” rambles to several corners of the globe with a freewheeling mishmash of tones, inventively weaving high-flown language with lowbrow sexual/scatological intrigue. Kaufman’s novelistic proxy is 14-year-old Judd Breslau, recently abandoned by his father and expelled from a doctoral program at Yale, seeking new ways to maximize his potential for, well… something. Our blank-slate Candidean hero is told he will one day make a Real Contribution, but nobody knows when, why or how. Upon expulsion, Judd is sent to work for the Egyptologist Phillips Chatterton, “one of those clever people clever enough to conceal his cleverness,” on a secret project that aims to gather evidence about music’s power to move mountains and build pyramids. Judd huffs and puffs on a tuba, attempting to animate a stone block, but his attention is soon hijacked by the Egyptologist’s daughter, the seemingly unattainable Valerie, who effects an immediate stranglehold on Judd’s budding hormones.

The excitement of soon-to-be-requited infatuation, however, is neatly tempered by the fact that Judd narrates his story in past tense from a Coproliabad prison cell, awaiting execution by spearhead. How and why this youthful modern-day Mr. Magoo gets locked up — an eventuality steered by a series of snake-oil salesmen, a nymphomaniac Colorado cowgirl and a recognizably cartoonish American president with a Texan drawl (all of whom recall the grotesque roadside attractions of Charles Portis or Tom Robbins) — is the source of the novel’s picaresque verve.

Ebullience is not enough to sustain more than 300-odd globetrotting pages, and Kaufman’s implausible plot twists indicate that the writer doesn’t fret much about keeping the ship on course. “Bowl of Cherries” is so wide-ranging that its satirical aims are rarely pointed, but Kaufman ably highlights the common thread linking his band of fools: self-delusion. Late in the novel, Judd’s opportunist father, back from a solitary spiritual expedition in Israel, asks his son: “What’s wrong with ambition? Particularly when it’s in the service of mankind?” Our protagonist has an eloquent response prepared, even if he doesn’t speak it aloud:

Coproliabad is nobody’s idea of paradise, but Kaufman’s boy hero wonders if humanity’s primitive stink isn’t preferable to the depravities of civilization. Of course, by novel’s end “the banner-bearers of enterprise, the go-getters, the carpetbaggers, the leeches, the loan sharks, the hucksters” are well on their way — heck, they’re already in Iraq — but to Judd, a dank Mesopotamian cave still sounds like an upgrade over a volatile republic of would-be heroes, geniuses, liberators. Better to “embrace the holy cause of lethargy and let [Coproliabad] go back to sleep for another hundred years.”

I intend neither faint praise nor an ironic joke when I write that nonagenarian Millard Kaufman shows signs of promise with his first novel; he might even be on the verge of a Real Contribution. After all, rediscovered youth is the most significant motif of “Bowl of Cherries.” The novel — indeed, the very fact of its writing — emphasizes how the very young and the very old share a vantage point at the margins of society, where the view of man’s folly is usually clearest. Kaufman can damn American imperialism all he wants, but he embraces at least one of our nation’s unusual liberties: “America,” he admits, “is the only country in the world where people are allowed more than one adolescence.”

Akiva Gottlieb is a writer living in New York City.

At 90, the Man Behind Mr. Magoo Serves Up Irreverent Debut Novel