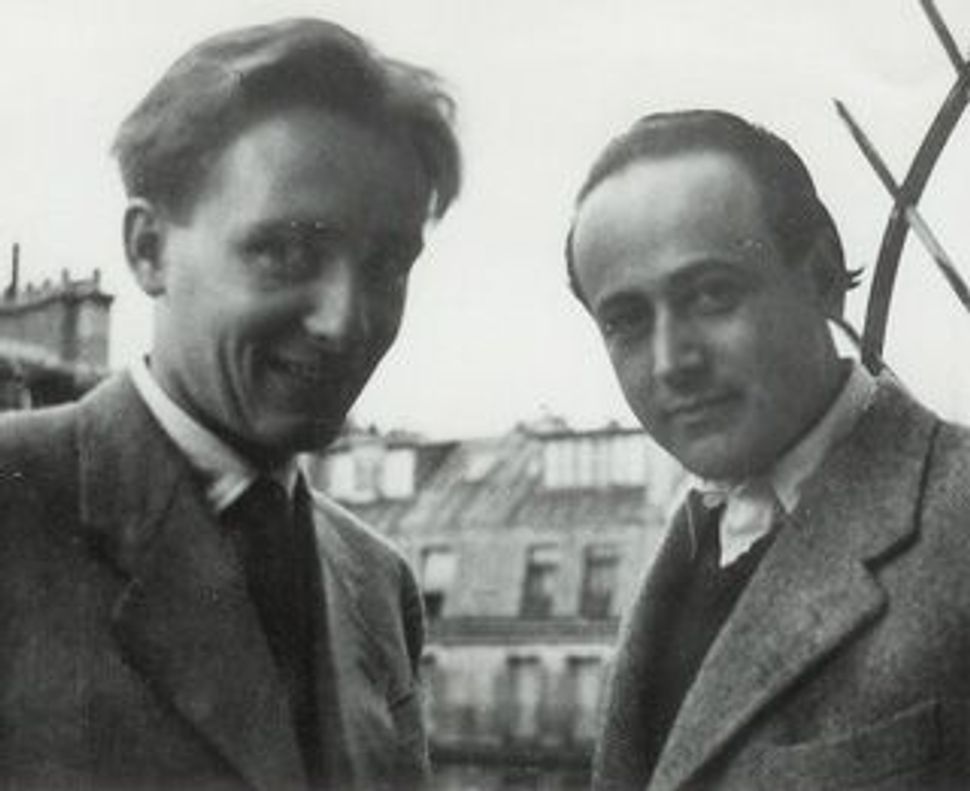 Biographers have a vested interest in hyping their subjects, but when Paul Celan’s biographer, John Felstiner, calls the latter “Europe’s most compelling postwar poet,” surely few can argue. Like most books on the Romanian Celan, Festiner’s “Paul Celan: Poet, Survivor, Jew” (Yale University Press, 2001) underlines how his wartime experience in a forced-labor camp (while his parents perished in an internment camp) molded his stunningly inventive use of the German language: his mother tongue and a murderer’s tongue. 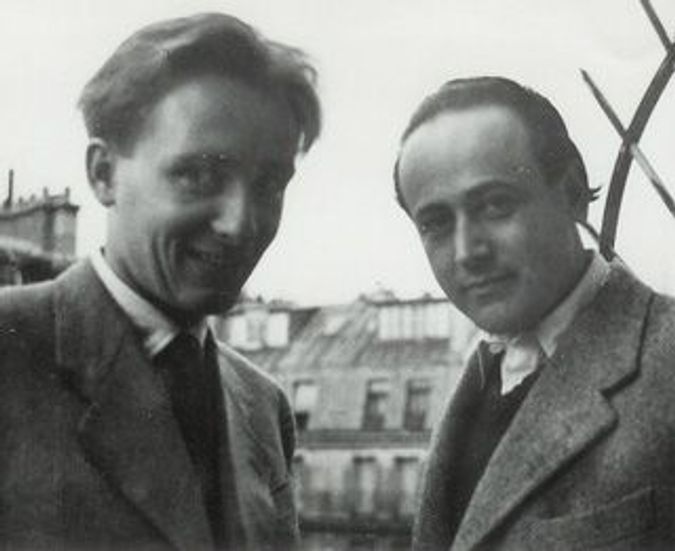 Celan, born Paul Antschel in Cernăuţi, Bukovina (now part of Ukraine), is usually written about in the context of the Shoah — as a poet survivor — but a new publication suggests that his most definitive life torments may have occurred after the war was over. Suhrkamp Verlag Germany has just published “Paul Celan, Klaus Demus, Nani Demus: Briefwechsel,” a fascinating new volume of previously unavailable correspondence between Celan and two Austrian friends, Klaus and Nani Demus.

The letters it contains show how simply trying to exist by writing and translating poetry in postwar Europe eventually drove Celan to suicide in Paris. The moving letters it contains recount how a great Jewish poet was egged on to self-destruction in the name of two mediocre poets who happened to be Jewish. Claire Goll, born Clara Aischmann, widow of the mediocre Surrealist poet Yvan Goll (born Isaac Lange), launched these machinations. The Golls spent the war years in safety in America and returned to postwar Europe, after which Yvan Goll died prematurely of leukemia. Celan had translated some of Goll’s poetry into German, as he had translated dozens of other English- and French-language authors, but as a 2000 study from Suhrkamp, “The Goll Affair: Documents Surrounding an ‘Infamy’ (“Die Goll-Affäre — Dokumente zu einer ‘Infamie’”), sadly details, Claire Goll devoted herself to relentlessly defaming Celan as a plagiarist of her husband’s work, quite literally driving the great poet to madness and suicide.

As a journalist and talentless poet/novelist herself, Claire was given to making showy gestures and statements, such as her public claim to have experienced her first orgasm at age 76. Perhaps not coincidentally, this was shortly before her sustained torment of Celan caused him to throw himself into the Seine River, ending his life. Despite the Golls’s own Judaism, some postwar German literary critics took up cudgels on their behalf, scorning Celan in reviews that reeked of subtle and not-so-subtle antisemitism, and alluding to his supposed greed for money or to his lack of originality.

Such accusations, albeit blatantly false, proved lastingly wounding for Celan, despite the ardent and constant affection of friends like Klaus Demus, whom Celan met in Vienna in 1948. Scion of a cultivated and distinguished family, Demus, who still lives in Vienna with his wife, is the son of the noted specialist in Byzantine art Otto Demus and the brother of the acclaimed pianist and accompanist Jörg Demus. Exemplifying what was most refined and civilized in German-language culture, Klaus Demus, who became a poet and art historian, was an attentive, solicitous friend to Celan, gauging and engaging his often despairing moods.

Despondency is indeed elevated to an art form in “Todesfuge” (“Death Fugue”), Celan’s immortal poem imbued with concentration camp imagery, and in his first poetry collection, “Der Sand Aus den Urnen” (“The Sand From the Urns”), both works having appeared in the same year that he first met Demus. The ardently affectionate, fraternal letters exchanged between Celan and the Demus couple would extend to a further correspondent, graphic artist Gisèle Lestrange, who would become Celan’s devoted wife. Admiration glows from all sides, as when Demus writes to Celan in 1949: “I think so much about you, like a person in a dream. Always and always. And your poems are so familiar to me, like a childhood landscape, yet always new, like memories and thought.” Demus and Celan exchange poems, and the former sends to the latter German-language books, including works by Martin Buber and a book of Haggadah illustrations. Yet, Celan’s fragile balance, nurtured by friendship and encouragement, would eventually prove to be no match for Goll’s destructive rage. which would descend on Celan soon after he published his second collection, “Mohn und Gedachtnis” (“Poppy and Memories”), in 1952.

In 1954, Curt Hohoff, an influential German critic, compared Celan’s “fragmented philology” to “The Mishnah,” and, as Celan explains in a letter to Demus, “in this context and in this world, ‘Mishnah’ is a markedly antisemitic word.” In another letter to Demus, in 1960, Celan explains how an ongoing critical campaign against him, fueled by Goll’s attacks, fosters the “old story of the Jewish charlatan,” in which the “master plagiarist,” Celan, steals another poet’s work. In defense of his friend, Demus bravely drafts a lengthy essay pointing out the “falsehood and absurdity” of such attacks, and in 1961 he even writes to Goll directly, asking her to cease and desist — all to no avail.

Only a tiny portion of Celan’s abundant correspondence has been translated into English. One of the few offerings was a shoddy presentation of Celan’s letters to Nelly Sachs — the Nobel Prize-winning author who was not his close friend — that appeared more than a decade ago from an obscure Bronx publisher. Meanwhile, Suhrkamp has been producing a remarkable series of Celan’s correspondence with dear friends, one of which appeared in 2004, with the Israeli writer Ilana Shmueli (born Liane Schindler in Cernăuţi). Shmueli, fondly nicknamed “Daughter of Zion” by her lifelong friend Celan, is yet another witness to Celan’s humanity and to the warmth of his friendship in the face of the world’s — especially the literary world’s — evils. Another Suhrkamp publication (2005) collects Celan’s correspondence with his friend, Hungarian Jewish literary scholar and philologist0 Péter Szondi. These and other Celan correspondence from Suhrkamp urgently need to be translated into English for readers to more fully understand the complex, ultimately tragic, creative personality of the poet.

Like Shmueli, Klaus and Nani Demus remained utterly devoted friends of Celan, anxiously supportive even through appallingly difficult times. Celan’s genuine agonies — surely caused by the war, but also by relentless postwar literary traumas — were such that even close friends could do little, if anything, to help. Still, the ultimate lesson of Celan’s life and work is not just that nasty mediocrity sometimes triumphs over literary greatness. Reading the still vividly ardent letters of his friends, like Shmueli and the Demuses, we realize that Celan the man was loved as much during his lifetime as he has been posthumously, as a writer. The conclusion to be drawn about Celan from these new documents, in the words of a different poet, is that for this powerfully gifted writer, “death shall have no dominion.”

For an interview with Celan’s friend the Israeli poet Ilana Shmueli (in German only, alas), click here