The Jewish Value of Understatement 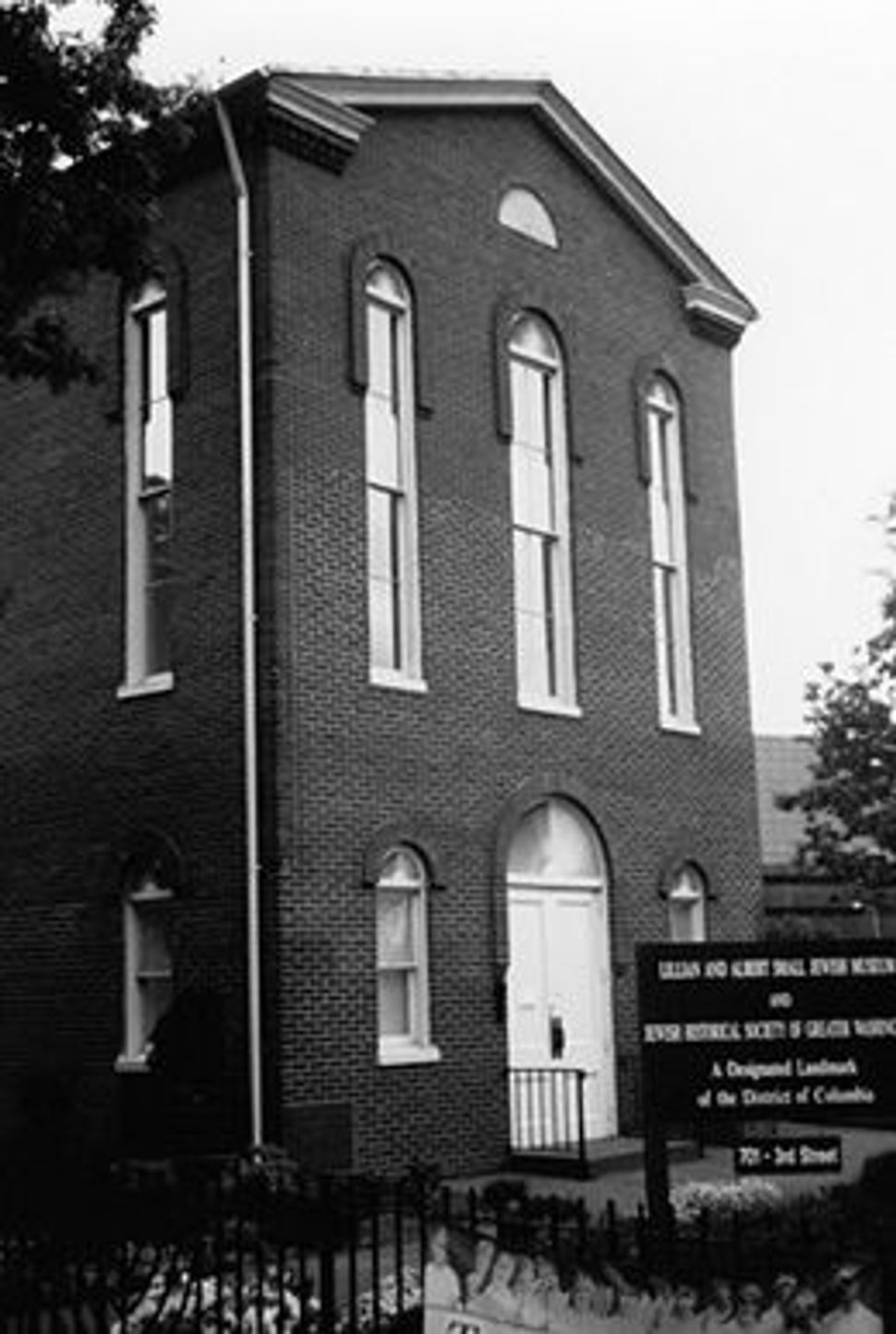 A Healthy Mind in a Healthy Body: The Lillian & Albert Small Jewish Museum is a refreshing change of pace for Washington, D.C. Image by THE CJS, UNIVERSITY OF DENVER 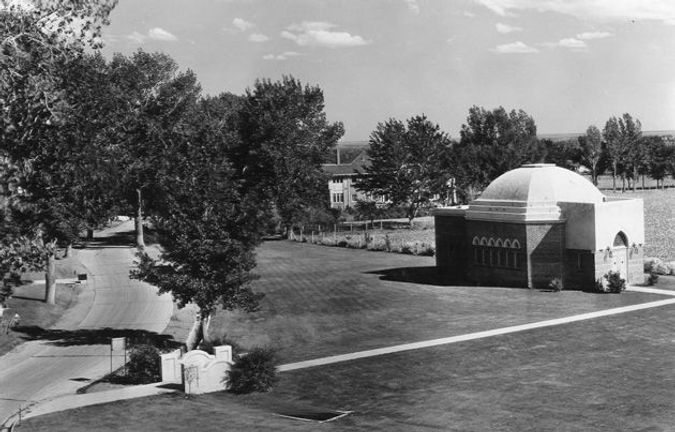 A Healthy Mind in a Healthy Body: The Isaac Solomon Synagogue, (above, c.1950) took care of consumptive souls at JCRS. Image by BECK ARCHIVES SPECIAL COLLECTIONS

Modesty and diffidence are not qualities usually associated with American Jewry. In the clothes we wear, the homes we inhabit and, most especially, the synagogues we build, American Jews live large. 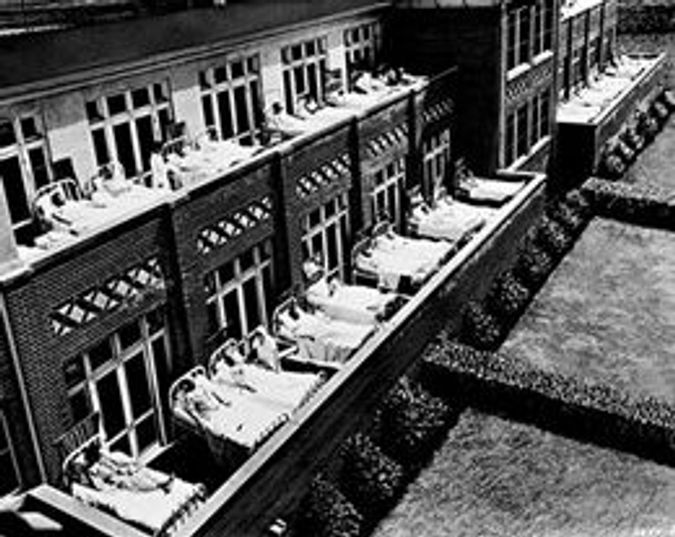 A Healthy Mind in a Healthy Body: Helio- therapy at the nearby Texas Building (above, c.1930) helped heal tuberculoid patients. Image by PENROSE LIBRARY

An artifact of hard-won affluence and an outgrowth of a fiercely guarded sense of belonging, our predilection for conspicuousness happens all the same to be of relatively recent vintage. Many American Jewish buildings were once distinguished by their very inconspicuousness, a function of both limited resources and insecurity. As I discovered recently when visiting two long-standing synagogues, one in Washington, D.C., and the other in Denver, the community’s public face in the late 19th and early 20th centuries was often a decidedly unassuming one.

Flanked on one side by a fast-moving highway and on the other by a series of nondescript modern-day office towers, downtown Washington’s Adas Israel synagogue, dedicated in 1876, sticks out like the proverbial sore thumb. Formerly located within D.C.’s small Jewish quarter, the building was moved to its present site, at the intersection of Third and G Streets, in 1969, painstakingly restored to much of its 1870s self (the restoration project remains ongoing) and transformed into the Lillian & Albert Small Jewish Museum, a repository of Washington’s Jewish history.

A scaled-down version of the Romanesque Revival style fancied by many of the Capitol’s official institutions in the years after the Civil War, the red-brick edifice, whose tall arched windows flood the interior with abundant natural light, contains a sanctuary whose unfussy lines and clean, elegant proportions seem to have more in common with a Quaker meetinghouse than with an Orthodox synagogue. A wrought iron fence and a lovely little garden enhance the site, beckoning passersby to stop whatever they’re doing and peek inside. At once incongruous and charming, this “dear and lovable little building of utmost simplicity,” as The Washington Post’s architecture critic put it, appears to have stayed the hand of time, of wholesale urban development, thrusting its visitors back to an era when American Jews made do with less.

Thousands of miles away, on what had long ago been the outskirts of Denver, the Isaac Solomon Historic Synagogue takes pride of place on the campus of the former Jewish Consumptives’ Relief Society, now home to the Rocky Mountain College of Art + Design. Though I’ve written about and often lectured on this institution, which early in the 20th century sought to return ailing tubercular Jews to good health, I had not actually visited its grounds until December. 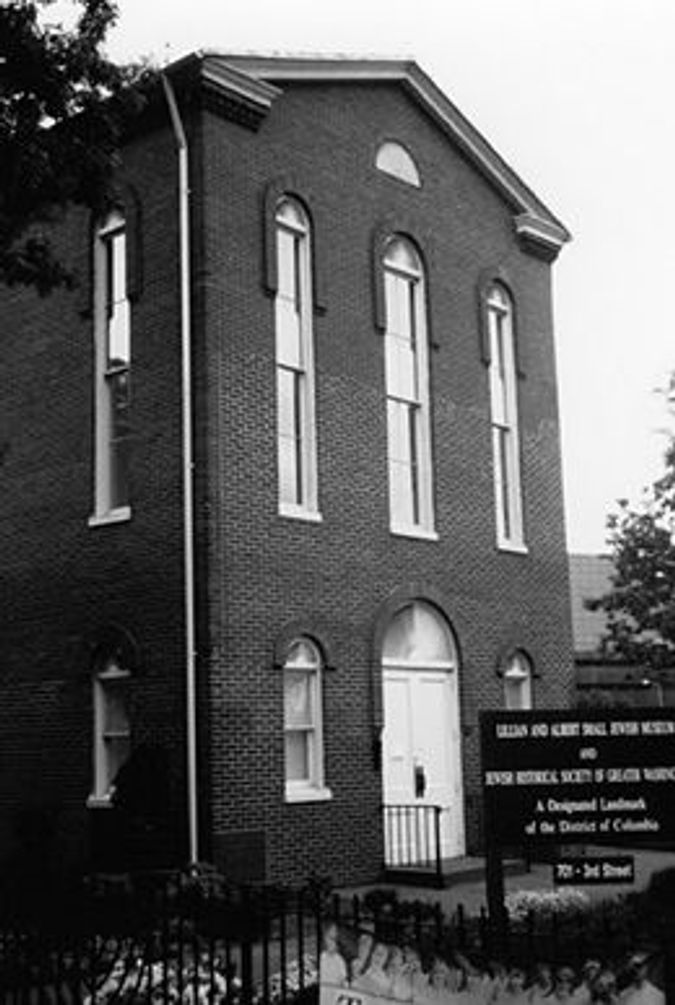 A Healthy Mind in a Healthy Body: The Lillian & Albert Small Jewish Museum is a refreshing change of pace for Washington, D.C. Image by THE CJS, UNIVERSITY OF DENVER

For all my bookish familiarity with the place, I was unprepared for what lay in store. As I made my way past snowdrifts, the cold so intense I could barely feel my toes, my only thoughts were of getting inside the synagogue to warm up. But the immediacy of the moment quickly gave way to a sense of wonder. Shaking the snow from my boots, I crossed the threshold into a different world. Modest in scale, its window panes flecked with fading bits of color, the building, with its gently rounded ceiling, cheery blue walls and cluster of sturdy wooden benches, put me in mind of intimacy and humility, the kind born of the shared experience of illness and limitation.

In the midst of a complex and costly process of restoration, the synagogue has clearly seen better days. Broad furrows of paint peel from the walls, the ark stands forlorn and open, and the pews contain memories in lieu of parishioners. And yet, despite years of neglect, the space is a most inviting one. Within its precincts, you could imagine the inhabitants of the Jewish Consumptives’ Relief Society — far from home, unwell, anxious about their fate — finding some relief from life’s uncertainties, let alone their own frailties.

Counterintuitive as it may seem, this structure and the one in D.C. pack more of an emotional wallop than the grand and grandiose ones that typically dot the American Jewish landscape. Attractive alternatives to the sprawling and monumental synagogue architecture that characterizes so much of contemporary Jewish life from coast to coast, they speak of aspiration and hope, of innocence and the glories of simplicity — something to bear in mind the next time we’re given the opportunity to leave our mark on the horizon.

A Decade of Wonders

After the success of Jenna Weissman Joselit’s award-winning 1994 book, “The Wonders of America: Reinventing Jewish Culture 1880-1950,” the Forward invited her to write a monthly “Wonders of America” column. From Hanukkah 2000 to this week’s edition, Jenna, recently appointed Charles E. Smith Chair in Judaic Studies at George Washington University, has informed, entertained and enlightened our readers about Jewish material culture and history.

With insight into subjects as varied as ostriches, vegetarianism, department stores, and Henry Ford, she has provided us with a Decade of Wonders — long may the wonder continue.

The Jewish Value of Understatement