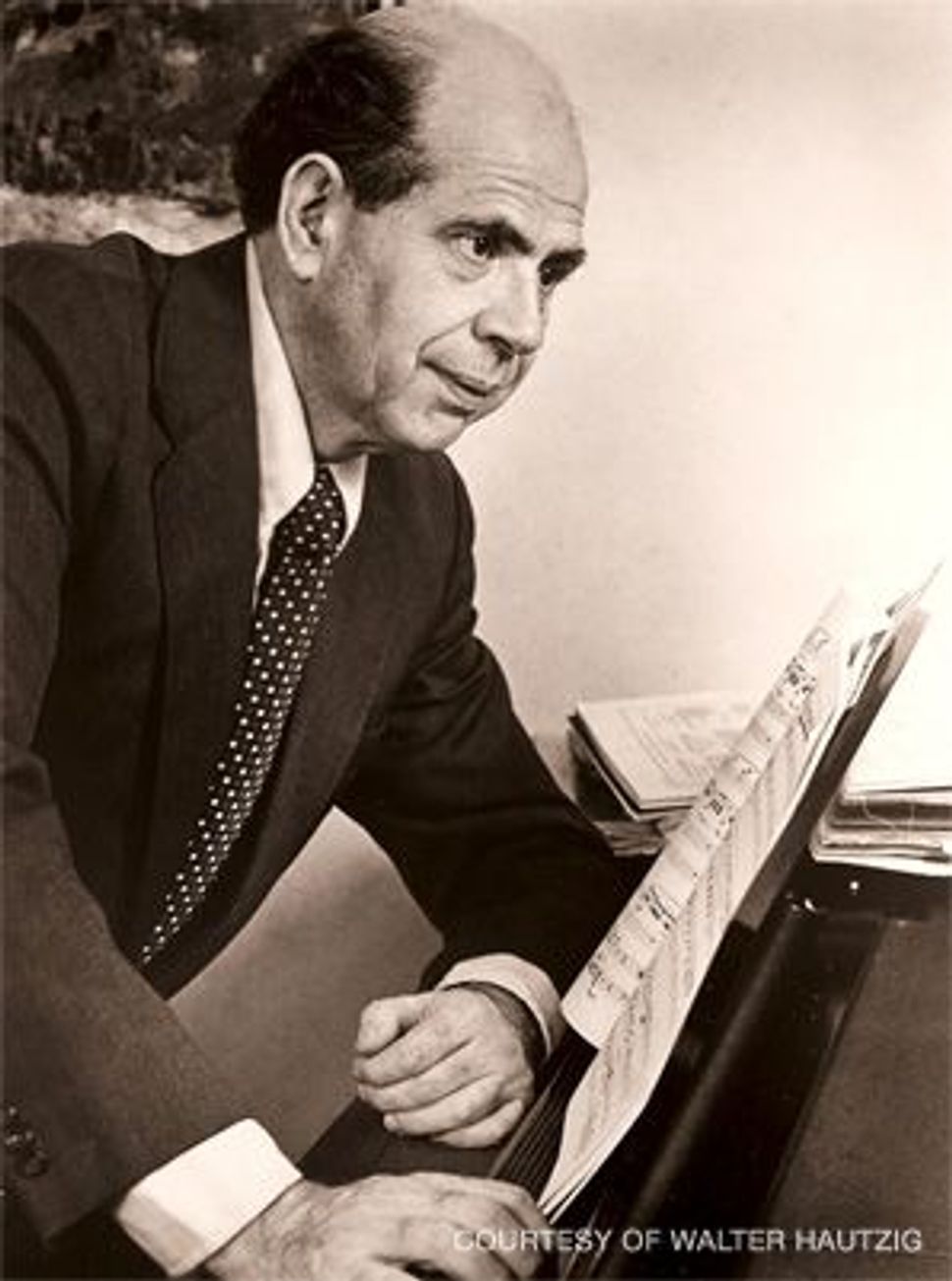 THE PIANIST: Walter Hautzig, a renowned classical pianist, escaped Vienna in 1938 to perform in Palestine.

As the floorboards creak in an apartment on Manhattan’s Upper West Side, the lilting voice of a Jewish émigré glides over the piano and carpets in his home above the city. 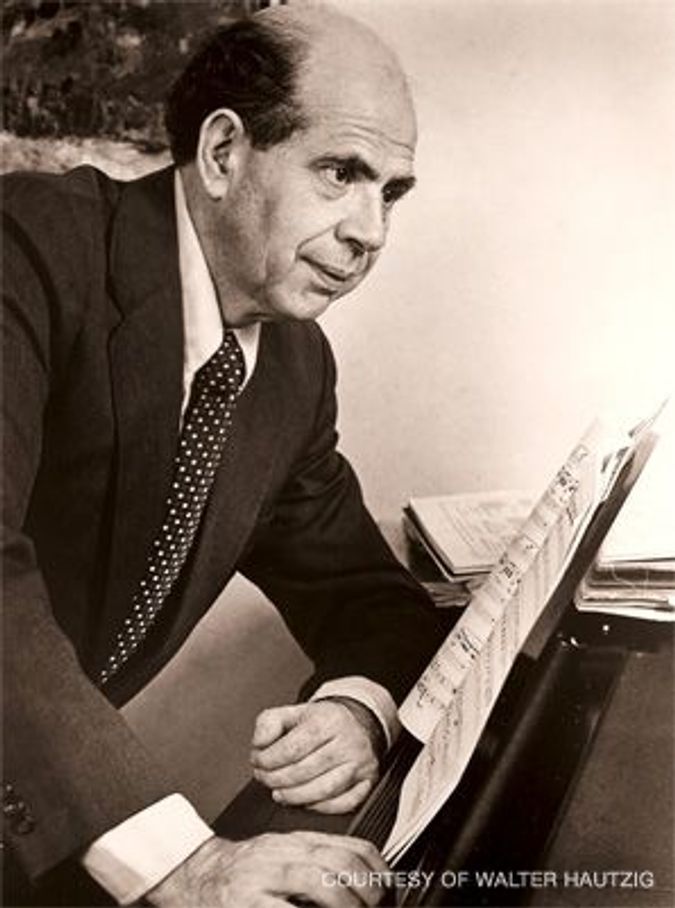 THE PIANIST: Walter Hautzig, a renowned classical pianist, escaped Vienna in 1938 to perform in Palestine. 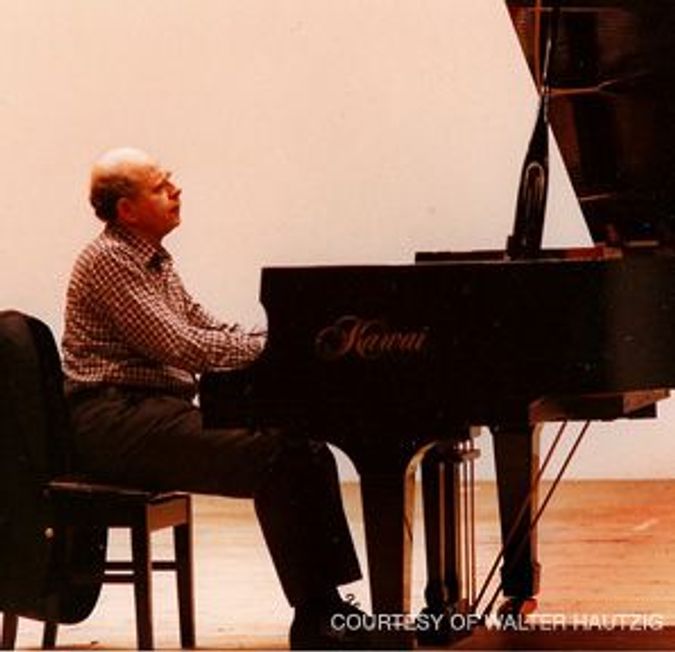 THE NEXT GENERATION: Hautzig said of Israel's young classical pianists, 'the good ones play better than we did.'

Walter Hautzig, a world-renowned pianist who was born in Austria, began his 65-plus-year career as a child in Vienna, where his father and grandfather worked for Schlesinger, a Jewish printing house. “My parents were German speakers, and we spoke German at home,” Hautzig remarked over a healthy portion of babka and a steaming mug of coffee. “But farther back, my family had come from the East.” Hautzig, 86, is fresh off a concert tour in Japan. He is celebrating the release of his new CD (Americus Records), a demonstration of his place among the great romantic pianists of the world, through the lens of Beethoven’s Piano Concerto No. 5 in E-flat Major Op. 73, “Emperor” Concerto. The album was recorded at the Jerusalem Theater with the Jerusalem Academy Orchestra.

When Hautzig was a child, Jews in Austria were not often afforded the opportunity to enter vocational institutions or universities, so many chose a musical path. In 1938, when Hitler’s army took Vienna, the 17-year-old Hautzig searched for a way to escape. “I grew up in a country where antisemitism was a way of life,” he said. “They made the world believe that they were Hitler’s first victims, but Hitler’s army was received with kisses.”

As a Nazi flag flew across the street from Hautzig’s family’s apartment building, the Viennese Jewish weekly newspaper Der Kol (The Voice) was permitted to publish sporadically. In its pages, Hautzig found a notice that Emil Hauser, director of the Jerusalem Conservatory and founder of the Budapest String Quartet, would be holding auditions for promising young Viennese Jewish musicians. Hauser

had a limited number of immigration certificates, and only the most talented of applicants would be selected to go to Jerusalem. “I arrived early to the audition and played Beethoven’s Waldstein sonata for Hauser,” Hautzig said. “When I was finished playing, he exclaimed, ‘No matter what it takes, I will make sure that you come to Jerusalem!’”

The young Hautzig sailed for Palestine in 1938, leaving behind his family in darkening Vienna. Hauser housed Hautzig in the same room in which Hautzig practiced, in a building on HaNevi’im Street in Jerusalem, beside the home of exiled Ethiopian emperor Haile Selassie. “I wasn’t afraid in Jerusalem. In Vienna, I knew that the law was against me,” Hautzig said. “In Jerusalem, young Jews would stand guard on the conservatory roof. If they whistled, the police would arrive.”

Hautzig found his talent to flourish in Palestine, where he came under the guidance of Josef Tal and Alfred Schroeder, the latter a student of the famous Artur Schnabel. Hautzig performed as a soloist with the Jerusalem Academy Orchestra, all the while having no idea about the fate of his family in Europe. He eventually learned that some of his relatives had been deported to Buchenwald, but his parents had managed to escape to Switzerland. Hautzig was later informed that they had arrived safely in New York in the 1940s; soon after learning this, he joined them in Manhattan.

Hautzig continued his studies at Philadelphia’s Curtis Institute, under the direction of Krakow-born pianist Mieczyslaw Munz, and was later coached by Schnabel in New York City. From there, his talents propelled him into the international spotlight. Many of his performances were arranged by the U.S. State Department, and he performed in Tokyo, Kabul, Dhaka, Vietnam, Indonesia, Guatemala, Colombia, Guyana and Suriname, among many other locations. His concerts were also heard in Scandinavia, where he received an honor from the king of Norway. “Many times, in some countries, the only people I would play for were diplomats and government officials, not natives,” Hautzig remarked.

In 1950, he played his first solo concerts in Tel Aviv and Jerusalem since immigrating to the United States, and he has since maintained a heartfelt connection to Israel’s classical music scene. His 1960 concert with the Berlin Philharmonic called to mind decades of adversity. “I walked in, and they gave me a standing ovation immediately. I asked myself, ‘Where was Goring sitting?’” Hautzig said, referring to the commander of the Nazi Luftwaffe. As relations with China were beginning to become normalized, in 1979, Hautzig was the first artist selected by the State Department to perform there.

Hautzig continues to teach master classes, and many of his former students are teachers themselves.

According to Hautzig, these young musicians are confronted with challenges different from the ones he faced: Classical music simply isn’t covered enough in newspapers anymore. However, he is enthusiastic about the next generation of pianists. “I am especially impressed by the young generation in Israel,” Hautzig said. “They are very accomplished. The good ones play better than we did.”

Eli Rosenblatt is a writer who lives in New York City.