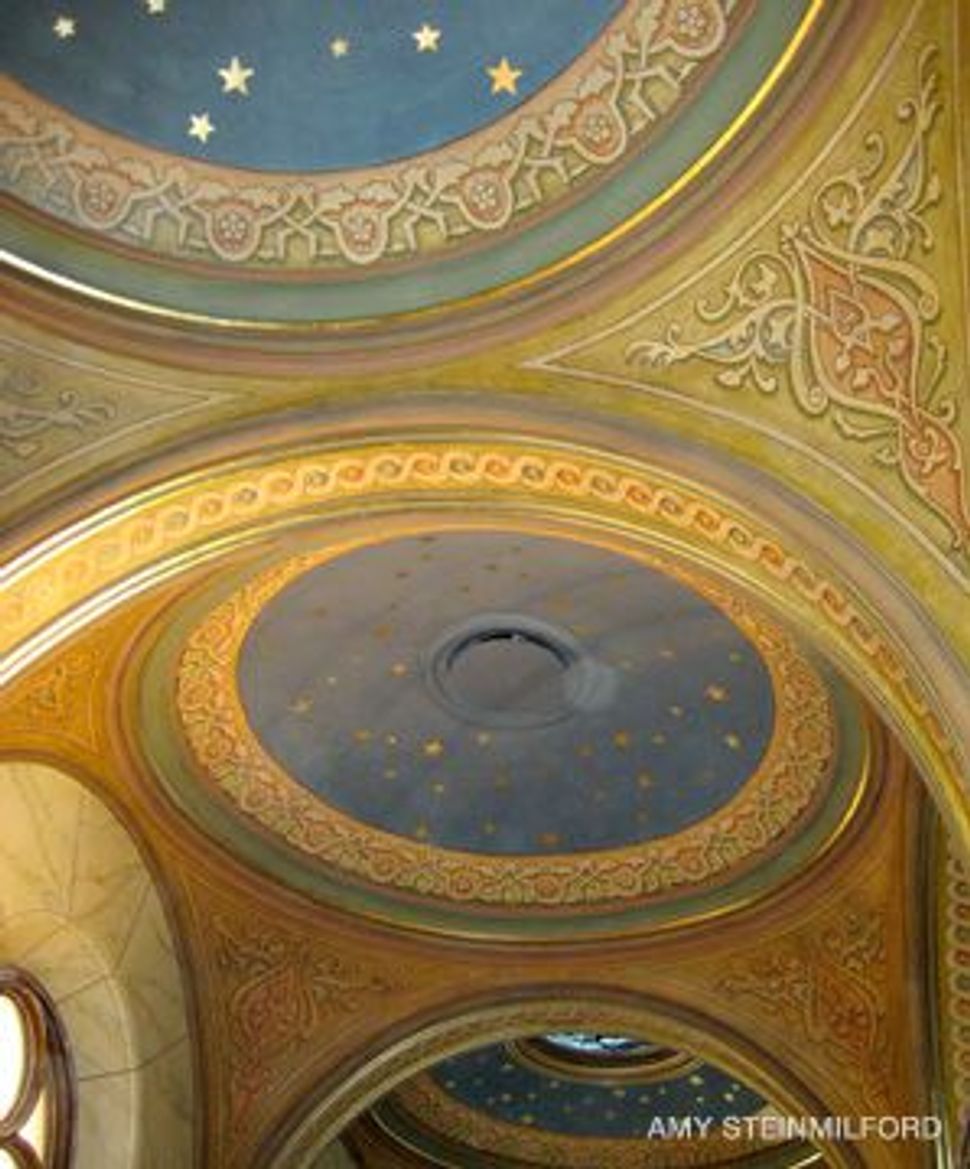 VAUNTED: The waning of a shul, writes Joselit, carries the whiff of disappointment

The news that the Eldridge Street Synagogue, aka Khal Adas Jeshurun Anshe Lubz — once one of the most architecturally distinctive houses of worship on the Manhattan’s Lower East Side — has, at the conclusion of a 20-year-long restoration project, turned itself into the innocuous-sounding Museum at Eldridge Street, is cause for both celebration and contemplation. On the positive side of the ledger, there’s much to applaud in an institution that moves with the times and that is flexible and adaptable enough to reinvent itself as a historic space given over to the presentation of the “immigrant experience.” 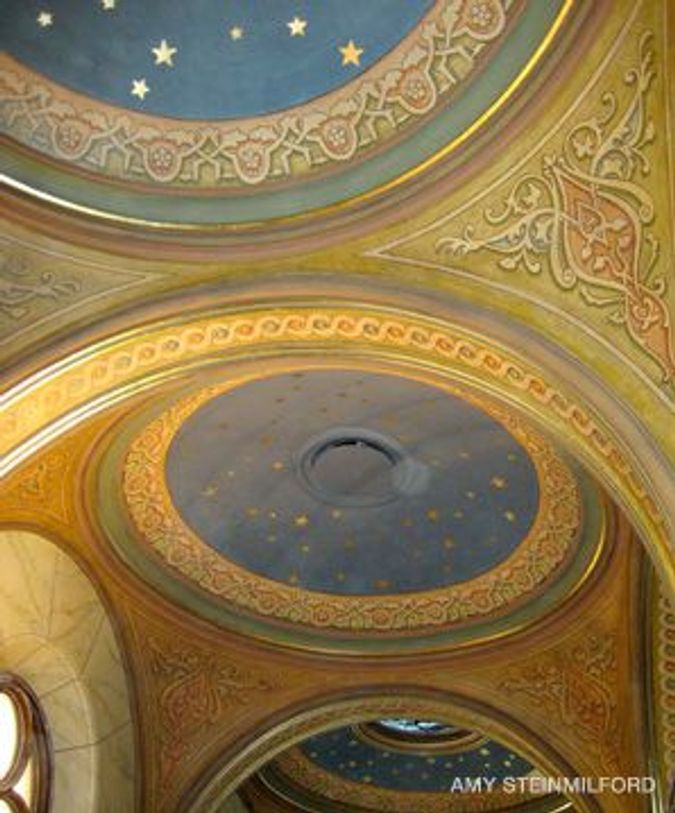 VAUNTED: The waning of a shul, writes Joselit, carries the whiff of disappointment

Despite the glories of its vaulted ceiling and stained-glass windows, the warmth of its wooden interior and the majesty of its Aron Kodesh, it’s clear to anyone with an eye to the present that the days when the synagogue’s pews would be routinely filled with worshippers are long gone. (I should point out that a stalwart, if modest, coterie of daveners has kept a minyan going for years, but it meets downstairs and not in the main sanctuary.) Bar and bat mitzvah celebrants, as well as brides and grooms and their wedding guests, will doubtless make use of the newly restored sanctuary, as well they should, but that doesn’t quite translate into a living, breathing shul, the fulcrum of a community, now does it? But constituting itself as a museum, well, that might do the trick, bringing droves of people into the building on a regular basis to see the sights, and generating a sense of energy as well as good will. So far, so good.

And yet, there’s something about a synagogue-turned-museum that saddens, even disturbs. It’s an axiom of modern-day life that today’s fashions are yesterday’s news, that neighborhoods come and go, that most things have a very limited shelf life. When seen from this perspective, the inability of a shul to sustain itself over time ought to be par for the course, part of the natural order of things. But somehow it’s not. Perhaps that’s because the waning, and ultimate disappearance, of a shul is no ordinary event, no simple casualty of change. It carries the whiff of disappointment, the sting of failure about itself. And so it is with the Eldridge Street Synagogue. Despite its majesty, keen sense of self and

abiding fidelity to religious tradition, this institution was unable to retain its hold on the body politic. For much of its 120-year-old existence, it withered away for want of attention, its fate a sorry commentary on American Jewry’s fickle heart.

Will the Museum at Eldridge Street fare better, having traded one identity for another? Will an institution that explores the traditions of the past endure where an institution that actually practiced these traditions could and did not? Given the sensibility characteristic of the contemporary American Jewish community, there’s every reason to think so: Museums, of late, have become everyone’s darling. When it comes to placing a value on community resources, shuls are out; Jewish museums are in. Growing numbers of American Jews at the grass-roots have found that the museum rather than the synagogue, the federation or the Jewish community center offers a singularly attractive form of community — and at little emotional and financial cost. A place to assemble with other Jews, to affirm one’s identity, to define one’s values, to embrace the past, Jewish museums have also become the venue of choice for weddings and other ritual moments.

The perceived limitations of the synagogue and other long-standing American Jewish institutions are by no means the only factor that explains the current popularity of the museum. A profound internal shift in its mandate and sensibility also has a lot to do with it. A decidedly neutral space with a built-in potential for inclusivity, the museum has changed its stripes. Once the quiet preserve of the scholar and the aesthetically inclined, it has become the agora of the modern-day Jewish community, where it actively engages the public. The inspiration behind the restoration of the Eldridge Street Synagogue, Roberta Brandes Gratz, explained in a 2005 interview with The New York Times why thinking of the synagogue as a museum now made perfect sense. “The concept of the museum has changed,” she related. “It doesn’t have the connotation of a place that is only about the past. That’s why Eldridge can be comfortably put in that category, because we are not only about the past.”

As it engages with the present, drawing in audiences who come for a concert, a lesson in genealogy and a workshop in immigration history, or simply to stare in wonderment at a beautifully restored, late 19th-century building whose appointments are probably unlike anything else they’ve ever encountered before, here’s wishing the Museum at Eldridge Street well. As the old prayer would have it, biz hundert un tsvantsik. May this latest Eldridge Street avatar flourish for another 120 years.