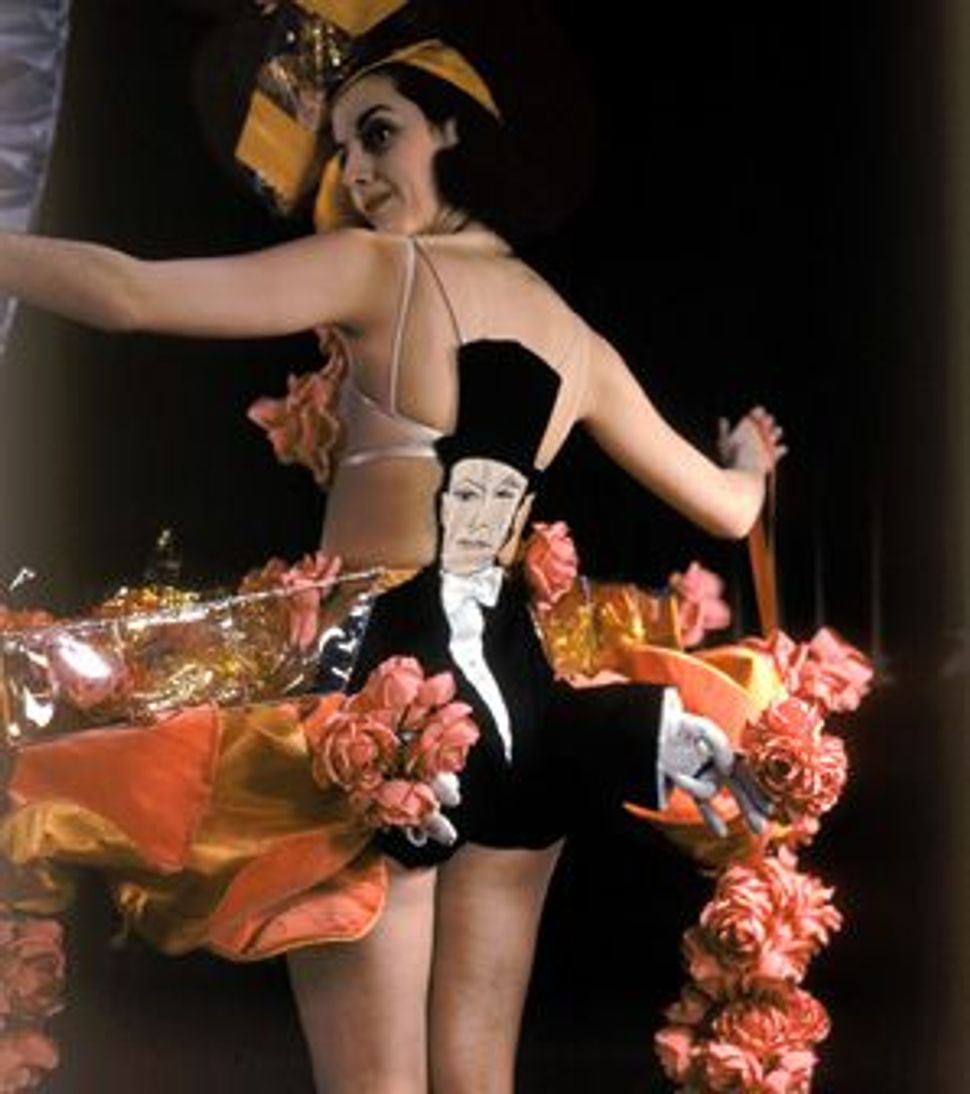 A scene from the Broadway production of ‘Pal Joey.’

Last fall, two Broadway shows by Jewish-Irish collaborators, Lynn Ahrens and Stephen Flaherty’s “The Glorious Ones” and Mel Brooks and Thomas Meehan’s “Young Frankenstein,” opened on Broadway. These ethnic pairings would have no more significance than a Gallagher and Shean sketch were it not for the fact that the two groups have intersected again and again in our theatrical history, sometimes with results that changed its very course. 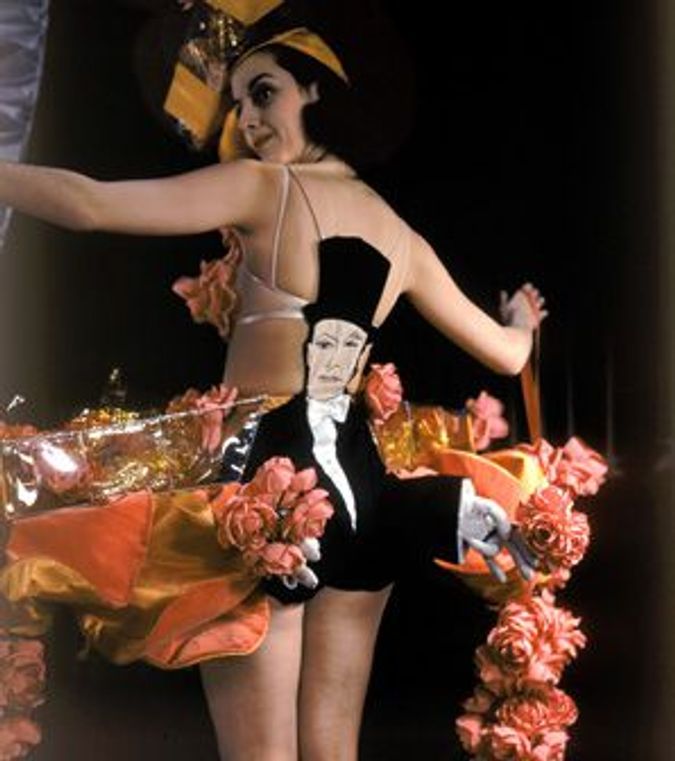 A scene from the Broadway production of 'Pal Joey.' 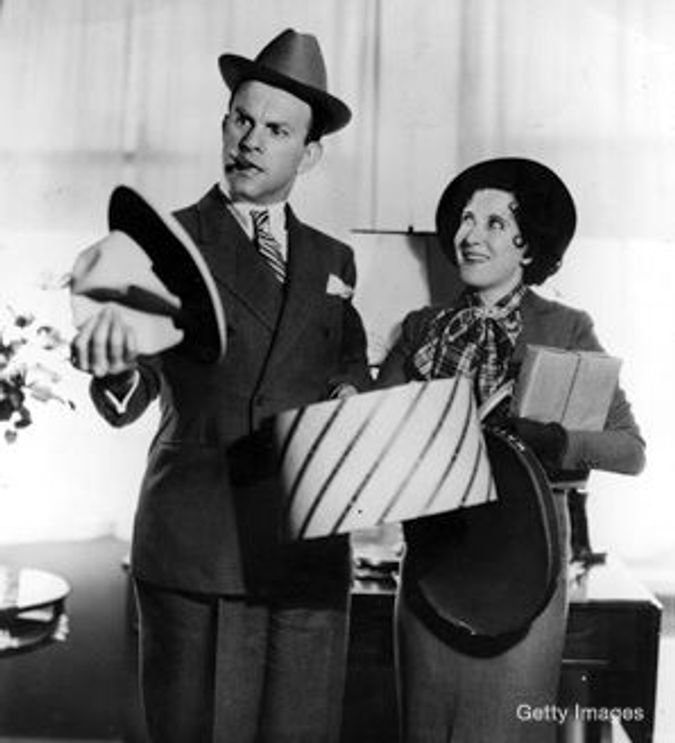 In its remotest origins, the kinship of the two subcultures probably lies in the shared immigrant experience, with its squalid tenements, hazardous and low-paying jobs, and deep sense of outsiderhood. In addition, with cultures rooted in song and story, the Irish and the Jews seem to have been drawn to the theater — to the entertainment business in general — in disproportionately large numbers. Their compatibility on the stage probably owes much to the simple “opposites attract” principle, as well as to their relative lack of ancestral antipathy.

The first major Irish-Jewish theatrical alliance in the United States was forged on the Staten Island Ferry in 1904, when songwriter-performer-and-everything-else George M. Cohan and Sam H. Harris sealed their newborn partnership with a legendary handshake. The affiliation lasted 16 years, generating such hits as “Little Johnny Jones,” “Forty-five Minutes From Broadway” and “George Washington, Jr.” Cohan wrote, staged and starred in these shows, while the bottomlessly resourceful Harris raised the money, supervised every phase of the productions and engineered ingenious stage effects.

When Cohan sang “Yankee Doodle went to London/Just to ride the ponies/I am a Yankee Doodle boy” in “Little Johnny Jones,” it was more than just a clever juxtaposition. In the narrative context, an American jockey’s participation in an English derby, Cohan’s lines became part of a musical Declaration of Independence. With his impudent strut, red-white-and-blue exuberance and his propulsive, Celtic-derived tap dancing, Cohan emancipated the American musical from European traditions. Simplistic as they are, the Cohan-Harris shows were revolutionary, fully integrating the songs, the book and the choreography for the first time and creating a bridge to the later, more sophisticated work of Berlin, Gershwin and Porter.

By the time Cohan and Harris dissolved their partnership, in 1920, Cohan had long since ceased to be an innovator. The jazzed-up, cosmopolitan extravaganzas of Florenz Ziegfeld and the Schubert brothers had supplanted his style. At a glance, the 1920s could appear to be just a parade of Jewish supertalent, but marching in step with the Jolsons and the Brices, the Gershwins and the Berlins, were many Irish-surnamed A-list collaborators — among them choreographer Bobby Connolly, performer-librettist-director Eddie Dowling, and playwright and librettist William Anthony McGuire. Dowling was a special favorite of the Schubert brothers, and McGuire wrote the books for Eddie Cantor’s two most famous shows, “Kid Boots” and “Whoopee!”

Throughout this period, vaudeville continued to thrive alongside its more prestigious competition on the Great White Way. Around the time that James Cagney was breaking into the medium (occasionally utilizing the Yiddish he’d absorbed as a boy in Manhattan’s ethnically mixed Yorkville), one of the less hopeful prospects was an adagio dancer and would-be comic named George Burns. As Burns later recalled: “I was so bad, the audience was nervous. Then I met Gracie, and I said, ‘How’s your Uncle Max?’ and she didn’t stop talking for 38 years.” Gracie, of course, was Grace Ethel Cecile Rosalie Allen, an Irish Catholic clog dancer and one half of what became one of the longest-lived, most popular comedy teams of all time. Joining forces in 1922, Burns and Allen soon rose to be vaudeville headliners, eventually extending their success to movies, radio and television.

Beneath the surface, ethnic contrasts nourished the comedy. Burns portrayed the “smart Jew” trying to communicate with a “goyisher kop.” His perfectly reasonable, straightforward questions elicited delightfully irrational answers (“Did the nurse ever drop you on your head when you were a baby?” “Oh, no, we couldn’t afford a nurse; my mother had to do it.”). Much of the subject matter for the humor derived from Allen’s traditionally large Catholic family (for example, brother Willy, who slept on the floor to keep his high blood pressure down). The act worked because Burns was never patronizing nor cruel, while Allen was always loving and lovable.

One of the big stories of 1940 was Allen’s mock candidacy for president, on the “Surprise Party” ticket, with Burns as her closest “aide.” But a much weightier fusion of Jewish and Irish creativity was in the making. Novelist and short-story writer John O’Hara, who had just published “Pal Joey,” a collection of 14 short stories about a smalltime nightclub master of ceremonies and singer, wrote to Richard Rodgers suggesting that Rodgers and his

partner, Lorenz Hart, might want to work with him on a musical version of the collection. Rodgers and Hart immediately recognized the possibility of a show that would be, as Rodgers put it, “totally different from anything we had ever done before… different from anything anyone else had ever tried.” The collaborators took an additional gamble when they cast the then-unknown Gene Kelly as Joey.

Of course, everyone was vindicated. The show that opened on Christmas Eve, 1940, at the Ethel Barrymore Theatre was a landmark in the history of American musical theater, the first musical comedy whose male lead was decidedly un-heroic and irreducibly three-dimensional. Joey Evans is a self-centered lowlife who sees women as “mice,” to be seduced and exploited. Eventually, his sleazy scheme to acquire his own nightclub collapses, and even his long-suffering girlfriend deserts him; yet, having lost everything, he has learned nothing and merely sets off in pursuit of a new “mouse.”

With his misanthropic sensibility and bleak tone, O’Hara, himself a classic Irish outsider, was the ideal writer to create musical theater’s first antihero. Hart — tiny, Jewish, homosexual and alcoholic — was just as alienated and pessimistic as O’Hara. His sardonic lyrics were a perfect match for the Irishman’s cynical narrative. “Couldn’t sleep or wouldn’t sleep/Until I could sleep where I shouldn’t sleep,” warbles one of the show’s typically amoral characters.

For Kelly, the show was a personal triumph. He broadened Joey’s performance skills to include dancing, and invested his seedy character with enough charm and élan to make him believable as a lady-killer — and to make an audience want to put up with him for an evening. Like Cagney, Kelly was totally comfortable with Jewish colleagues, having staged numerous shows at a local synagogue in his hometown, Pittsburgh. Also in the cast of “Pal Joey,” making his Broadway debut, was Stanley Donen, a 17-year-old Jewish dancer from South Carolina. He would follow Kelly into the film industry, ultimately collaborating with his Irish mentor on such famous movie musicals as “Singin’ in the Rain.”

The 1947 Broadway season brought “Finian’s Rainbow” and a new permutation of the Irish-Jewish connection in which the two groups began peering into each other’s worlds. “Finian’s Rainbow” was a paean to Irish mythology and culture by an all-Jewish team (E.Y. Harburg, Fred Saidy and Burton Lane). In the early 1950s, this trend continued when Elia Kazan and Arthur Miller created an all-Irish touring company of “Death of a Salesman”; on the production’s arrival in Boston, Miller noted proudly, the press hailed it as “the best Irish play ever.”

Perhaps this inter-ethnic success influenced the playwright’s “A Memory of Two Mondays,” produced in 1955. A one-acter set in the Depression, the play explores the plight of workers, two of them Irish, who are trapped in miserable, dead-end jobs in a Brooklyn auto-parts factory. Some of them palliate their miseries with alcohol, but Miller blames the system, not its victims. The Irish characters are delineated with intelligence and empathy, particularly the younger of the two, whose poignant singing of “The Minstrel Boy” near the end conveys the playwright’s somber conclusions about his characters’ future.

A kind of ethnic reciprocity occurred in 1958 with William Gibson’s “Two for the Seesaw,” a play about a morose, uptight Midwestern lawyer named Jerry Ryan who has a life-altering love affair with a warmhearted, bohemian Jewess from New York, Gittel Mosca. As stereotypical as Gittel may sound, especially in our post-“Meet the Fockers” era, her character is imbued with ethnic authenticity. Gibson, now 93, is an Irish American from the Bronx whose artistic and intellectual interests always made him gravitate toward what he terms the “multitudinous Semites” around him because he “felt dimly that with them I had come home.”

Nearly 20 years later, Gibson followed “Seesaw” with “Golda,” an admiring biographical play about Golda Meir, and, a little more than four years ago, reworked this material as “Golda’s Balcony,” a monologue for Tova Feldshuh. A partisan but compelling and creatively staged work, “Golda’s Balcony” gave its star the opportunity for a versatile, mesmerizing performance and went on to become Broadway’s longest-running one-woman show.

It would be disingenuous to suggest that Jewish and Irish theater folk have always been inseparable buddies. Gallagher and Shean apparently disliked each other, and when Rodgers and Hart resuscitated Cohan’s career as a musical comedy star with “I’d Rather Be Right,” their 1937 show about the Roosevelt administration, Cohan displayed nothing but contempt for them. More representative of Irish-Jewish relationships, however, was his affection and respect for the show’s producer, his old friend and partner Harris. Or, better yet, the inscription on the Burns and Allen gravesite: “Together Again.” In most cases, the two groups have interacted amicably and fruitfully, proving that, on the American stage, as elsewhere, people of Hebrew and Hibernian extraction have much more in common than the first letters of the words themselves.

Robert F. Moss, a freelance journalist, is the author of four books and has written for many national publications.