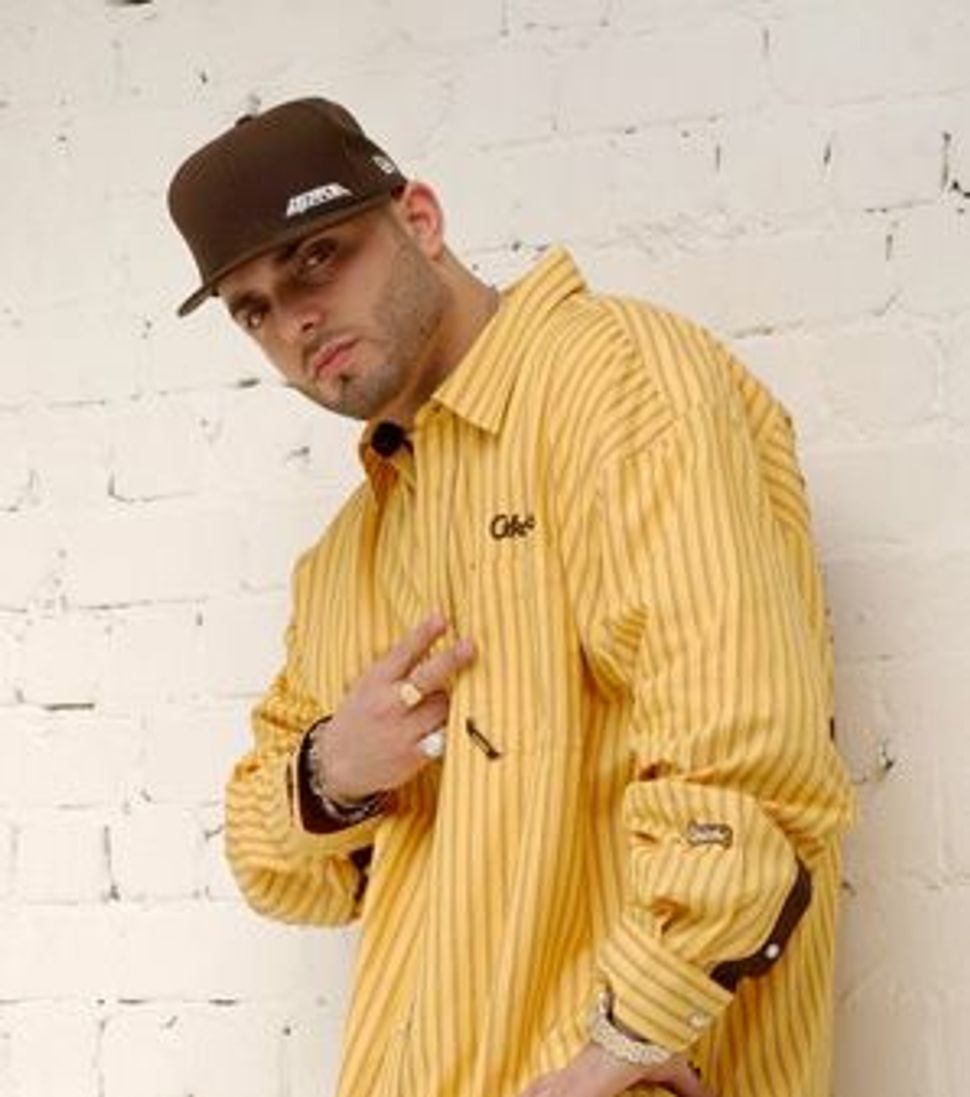 Imagine a rap mogul — Eminem, say, or Jay-Z — playing the role of cultural ambassador: praising the work of police officers, telling the youth of the country to be patriotic citizens, smiling at fans from the steps of the White House. 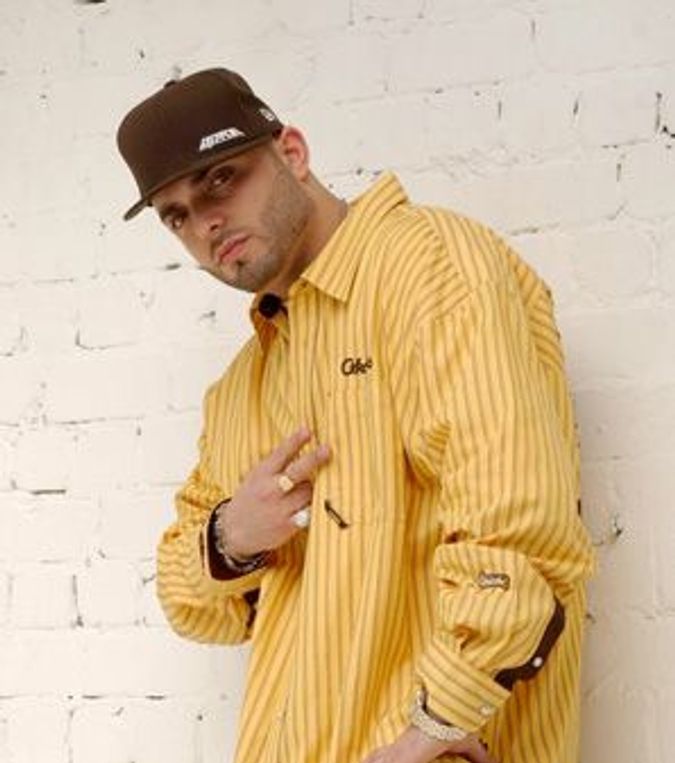 Such is the case with Ya’akov Shimoni, aka Subliminal, the Israeli rap sensation and the frontman for the musical group TACT (Tel Aviv City Team). Shimoni has lent his name to four hit records, leads the charts in radio hits and controls the market in ring-tone downloads. One of the best-recognized pop musicians in his home country, he is credited with opening up the Israeli music industry to American-style hip hop. But he also has campaigned against drunk driving, has been made a goodwill ambassador by the Israeli Ministry of Education and has been honored by the Prime Minister’s office.

On Christmas Eve, Shimoni, 28, sat in a cramped room behind the stage of the Atlantic Oceana, a nightclub in Brooklyn’s Brighton Beach area, surrounded by a team of Israeli musicians and producers. American rap blasted in the background, while outside the club, a crowd of 500 ticket holders waited for the doors to open.

Waiting backstage for the ballroom to fill, Shimoni wore an oversized gold-and-green sweatshirt and covered his buzz cut with a crisp white baseball hat that was cocked at an angle, a massive gold Star of David around his neck. His performing partner Yoav Eliasi (aka The Shadow) sat next to him, sporting a do-rag. But while these two might borrow the image, and the musical style, from American rap, the comparison ends there.

“When it comes to American hip hop and the messages, I can’t really relate,” Shimoni said. “In Israel, our reality is very different. If we see a cop chasing some guy down the street, we’d jump in and help the cop. Cops are saving our lives every day.” But Shimoni’s idea of a civil society extends beyond good samaritanism. There’s nothing subliminal about the proudly Jewish, pro-Israel content of his lyrics.

Last April, around the time of Holocaust Memorial Day, Shimoni released a song about the millions who perished under the Nazis. Titled “God Almighty When Will It End?” the track features Israeli violinist Miri Ben-Ari playing a segment from the prayer Adon Olam. He is also the subject of the film “Channels of Rage” (2003), directed by Anat Halachmi. The documentary chronicled Shimoni’s friendship, and eventual falling-out, with an Arab-Israeli rapper named Tamer Nafar over their political differences.

The rapper rose to popularity in the wake of the second intifada, attracting an audience of Israelis who felt besieged by terrorists at home and undercut by critics abroad. The strong, simple message of the song “Hatikva” (‘The Hope,” the same title as the Israeli national anthem) made the tune a hit radio single. The song “Biladi” (Arabic for “My Land”), a retort to the Palestinian claim to territory, asserts that “we’re here and we’ll never leave.”

Left-wing critics who read more extreme sentiment in Shimoni’s message have pilloried him. Some claimed that the song “We’ve Come To Expel the Darkness” was a thinly veiled call for population transfer. Indeed, Shimoni is often portrayed as the right-wing counterweight to popular Israeli hip-hop band Hadag Nahash, whose members distinguished themselves with their introspective approach to Israeli society and politics.

Being right-wing and pro-Israel has raised Shimoni’s international profile. When Subliminal toured France in 2004, his concerts were met with protests led by French leftists and members of the Arab and Muslim communities. The French daily Le Figaro called the tour an “invasion,” because of the heavy security surrounding the performers.

Shimoni said he feels ready to move beyond the Jewish community. He wants to produce songs in English, Arabic, Farsi and Spanish.

“We want to open up the international hip-hop community,” he said.

Zachary Goelman is a graduate student at Columbia University. His articles have appeared in the Jerusalem Report and elsewhere.