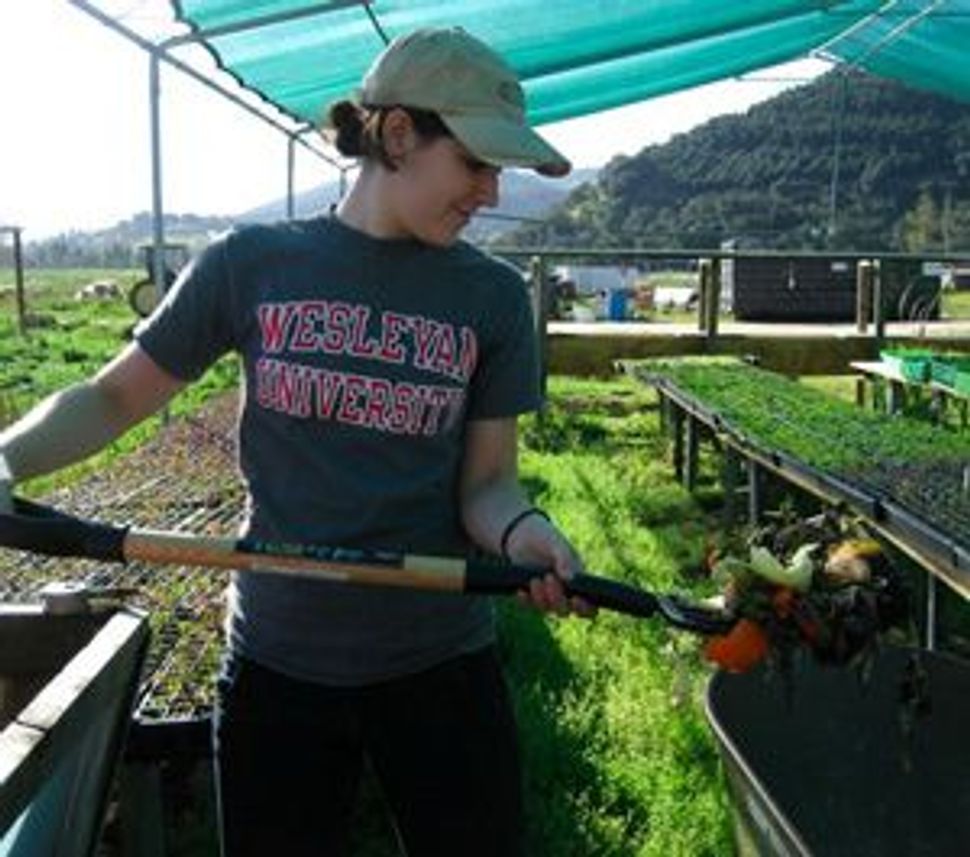 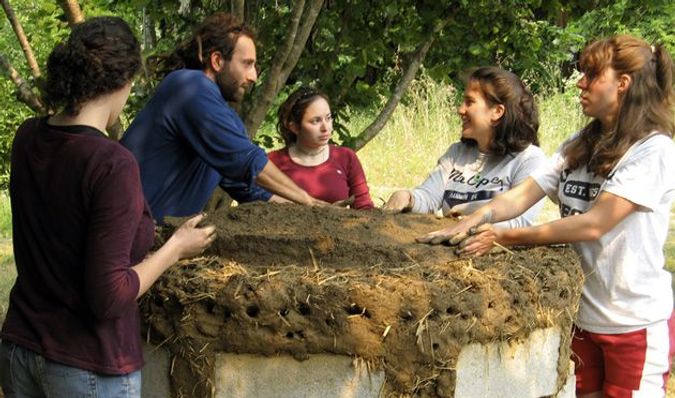 Rather than jet to tropical party capitals for spring break, about 105 Jewish college students are choosing to do something a little different during their time off. 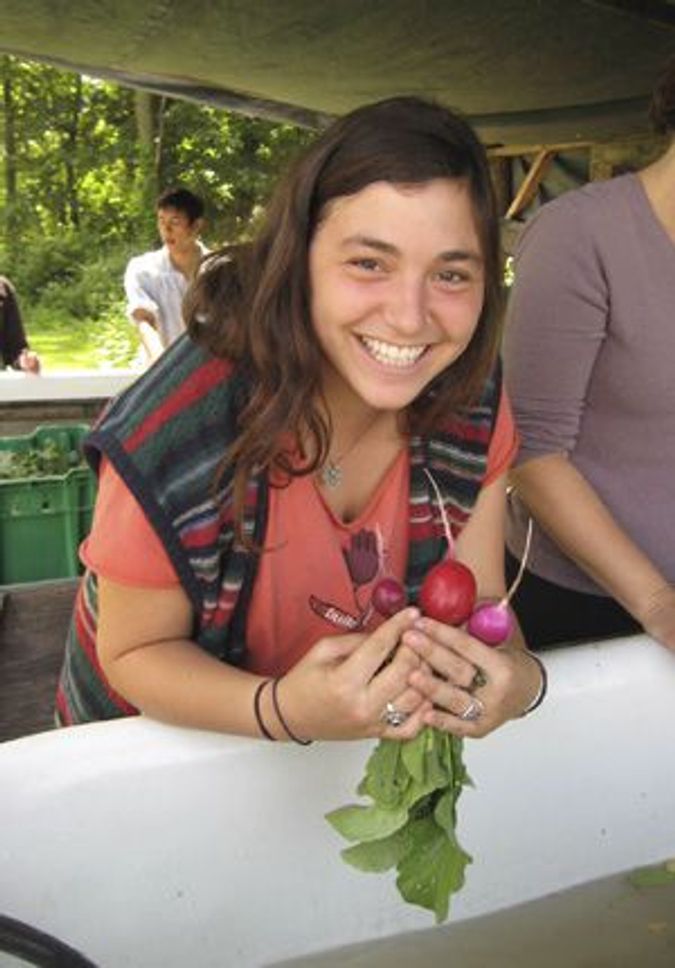 Some will be collecting maple sugar on the East Coast, while others will be working on organic farms in California. At the same time, they will learn about food sustainability, Jewish agricultural laws, medicinal herbs, global food security and the growing food justice movement within the Jewish and secular worlds.

The program, run by Jewish Farm School, with offices in New York and Philadelphia and co-sponsored by Hillel, intends to give students a greater understanding of the complex issues involving sustainable food production. Among the participating schools are New York University, the University of Miami and Arizona State University.

JFS has neither a farm nor a school, but provides a case study on how to carefully develop an organization with big long-term plans. Its gestation has taken five years, parallel to the growth of the Jewish sustainable-food movement. 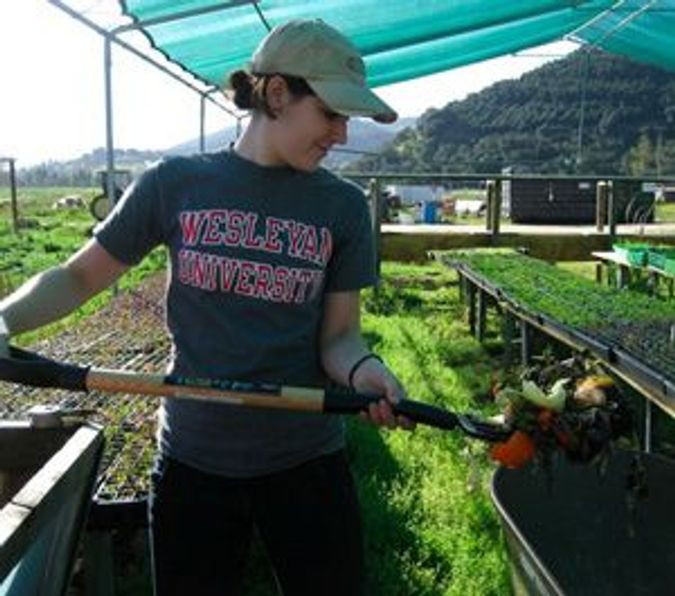 At Penn, Passow completed a double major in religion and environmental studies and drafted the outline for what eventually became JFS: an experiential Jewish environmental program. At the time, his vision did not have a farming component.

In 2003, he contacted then Yale Law student Mark Barnett, who was interested in creating a Jewish farm school. Barnett sent him a 30-page proposal that mapped out his vision. “But it wasn’t his path,” Passow said. “He told us to take it and run with it.”

Passow said that he and Schwartz came to a realization: “It’s a great vision. We have no money. Let’s start small. Let’s run a couple of programs under the name Jewish Farm School and see what happens.”

One of the JFS’s first goals, Passow said, was to highlight all the “awesome things happening in Philly: city harvest, urban farmers, PhillyCarShare, people advocating for better mass transit.” Thus, in 2007, JFS started an Urban Sustainability Series, offering speakers, hands-on workshops and a Sabbath gathering, all co-sponsored by the Kol Tzedek Reconstructionist synagogue in West Philadelphia. The series has been held each fall for the past three years.

The partnership with Hillel was the next big step. In January 2008, JFS offered a farming component to Hillel’s community service program. “They knew the model worked,“ Passow said. “They had done work in New Orleans after Katrina, and they wanted to work on food by having students take alternative breaks on farms. The first year, we did a summer pilot project on the Kayam farm in Maryland and one on the Oz farm in Mendocino County, California. Each trip had 10 students. It was very successful.”

Last summer, there were four trips with 75 students, and this year the school is running six spring and summer trips for 105 students. JFS’s next project is to create an educational farm at Eden Village Camp in Putnam Valley, N.Y. The camp is located on land owned by UJA-Federation of New York, about an hour north of New York City. Yoni Stadlin, who heads the camp, wants to focus on Jewish environmentalism, social justice and spirituality. He asked JFS to oversee the farming education piece.

JFS and Eden Village recently received a grant from the Natan Fund to run additional off-season programs on that site, including monthly nights of learning, art and music; a Sukkot festival, and monthly Sunday volunteer days to work on the farm, Schwartz said.

Recently, JFS began a consulting and outreach department called Cooperative Design. The organization gets calls from synagogues and Jewish community centers that want to start a garden on site and don’t know how to do it. JFS also helps private landowners who want their land to serve an educational or public interest function. Currently, JFS is working with a synagogue in northern New Jersey and with a Chicago family with land in Geneva, Ill., that wants to turn that land into an educational farm.

Last summer, JFS was accepted into an incubator program called Bikkurim. Based in New York City, Bikkurim nurtures new organizations by providing office space and organizational development assistance for up to five years. Passow and Schwartz are grateful for the help.

“We’re learning how to do it right,” Passow said. “So many organizations end up saying yes to everything, biting off more than they can chew, or growing at a rate that’s too fast for their own good. This is an opportunity to grow in a managed and sustainable way.”

There is a long-term agenda that JFS wants to pursue.

“We need to start making careers out of Jewish farming,” Schwartz said. “A reason why I helped found the Jewish Farm School was to educate people about Judaism and farming in a community. I want them also to learn how to make farming meaningful and to earn a potential livelihood.”

Linda Kriger is a freelance writer living in Philadelphia.