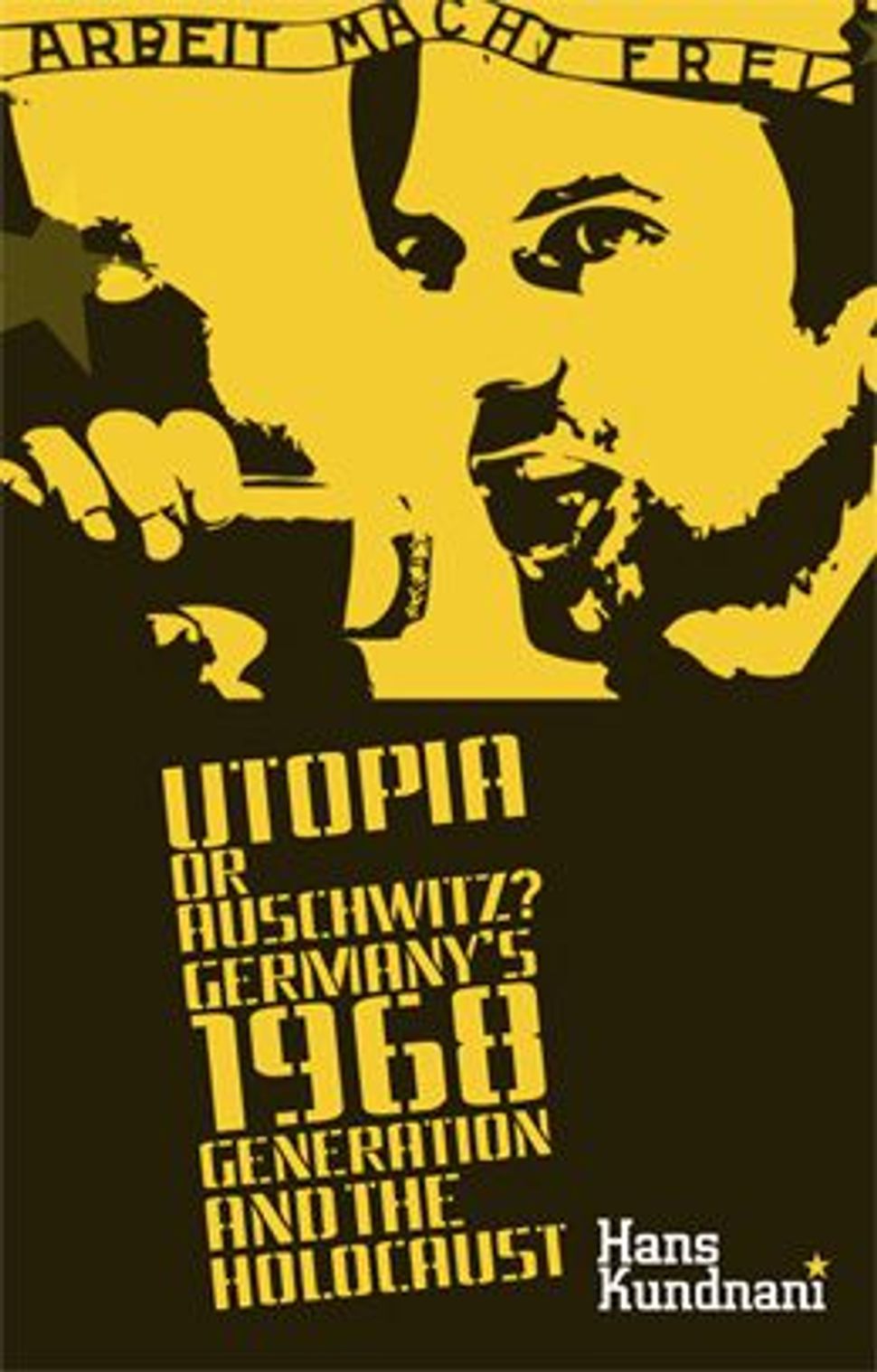 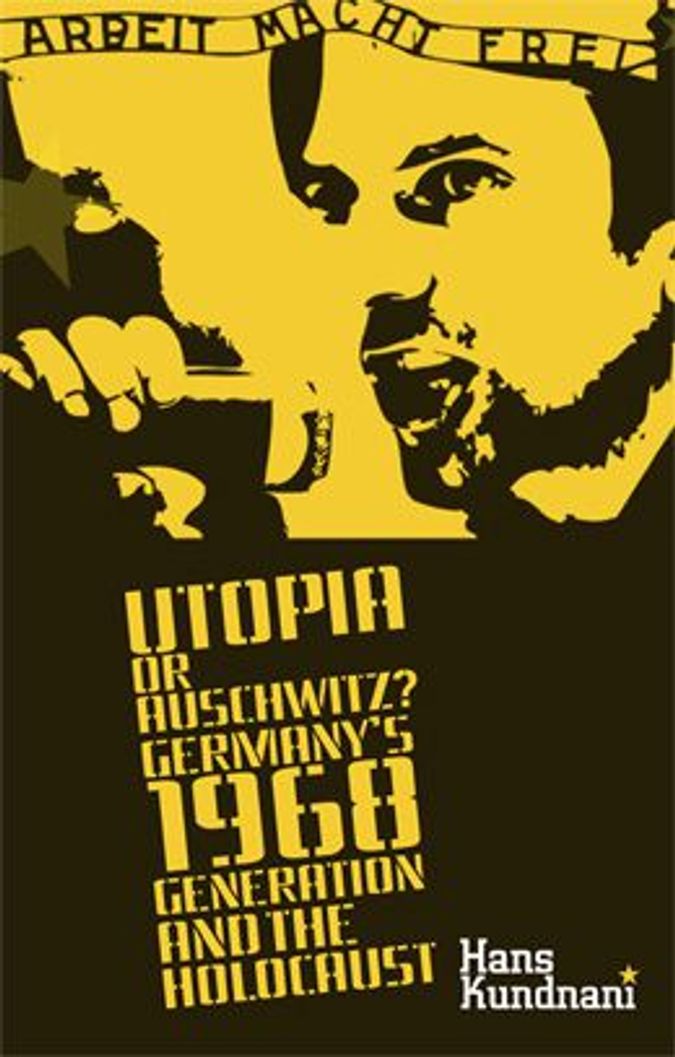 One morning in November 1969, a homemade bomb was discovered inside a Berlin Jewish community center, only a day after the center hosted a commemoration of the 1938 Kristallnacht pogroms.

At first glance, circumstances suggested neo-Nazis were to blame. However, what set the attempted bombing apart from all other previous antisemitic attacks in post-World War II Germany was that it turned out to be the work not of a far right group, but of a left-wing one.

For Hans Kundnani, the author of a major new study of the evolution and legacy of the German New Left, the moment was a pivotal one, crystallizing a crucial difference between young left-wing Germans and their foreign peers in other movements forever associated with the iconic year of rebellion, 1968.

While ’68ers elsewhere were focused on the future and the belief in a better, new world, young German radicals were haunted by the shadow of the past, moved in their desire to overthrow the state by a belief that they were battling a return to Nazism.

But, argues Kundnani with reference to the Jewish community center attack (which could not be characterized as a strike against Israel), Germany’s 1968 generation also had an ambivalent attitude to the Holocaust.

In “Utopia or Auschwitz: Germany’s 1968 Generation and the Holocaust,” he traces how radical leaders of this generation at first “relativized” the Holocaust, detracting from its unique horror by setting it on a parallel with other moments in modern history. Their use of Nazi-era metaphors in the pursuit of political goals led, for example, to their likening of United States troops in Vietnam to SS killing squads.

Later, he pinpoints how darker, antisemitic currents grew out of the same New Left movement, ranging from direct violence to rhetoric that moved into the gray area between anti-Zionism and antisemitism.

In this book of two parts, the first half portrays the struggle by young left-wing Germans to come to terms with the Nazi past. It traces how changing views of that past influenced both mainstream German politics and left-wing terror groups of the time.

The second half examines the coming to political power of Germany’s baby-boomer generation, including former radicals, in the first-ever “Red-Green” government of Social Democrats and Greens.

Their response to the Kosovo, Afghanistan and Iraq crises are explored through the prism of their generation’s ambivalent relationship to the Nazi era.

Early in the book, key figures include the former journalist Ulrike Meinhof, a leader of the Red Army Faction terrorist group, who was driven by her sense of outrage at the continuities she drew between Nazi-era Germany and democratic, post-war West Germany. However, after 11 Israeli athletes lost their lives when Palestinian terrorists targeted the 1972 Munich Olympics, she was justifying the killing of Jews under what Kundnani calls “a cover of anti-imperialism.”

Such thinking reached a culmination of sorts when members of another far-left German terror group, Revolutionary Cells, working alongside Palestinian hijackers of an Air France flight to Tel Aviv, were involved in separating Jewish passengers from those held hostage at Uganda’s Entebbe airport in 1976.

To many, the echoes of Germany’s past were unmistakable, and would prove to be a particular turning point for Joschka Fischer, a future German foreign minister who, as a young radical, had embraced the New Left’s critique of Israel.

“When Germans are once again involved in selecting Jews and non-Jews, they don’t deserve anything

else,” Fischer later claimed to have told one-time comrades, in the wake of an Israeli military operation in which all hijackers were killed and all but four hostages freed.

If a hero emerges from the pages of “Utopia or Auschwitz,” it is Fischer, though others who come out well include the German political philosophers Jürgen Habermas and Theodor Adorno, both of whom shifted from earlier sympathy with the West German student movement to later opposition as parts of it moved toward violence.

Habermas, in particular, was among the first to see the potential for “left-wing fascism” emerging from the movement.

However, large parts of the book read almost like a political biography of Fischer, particularly its second half, which tells how he completed an extraordinary political journey from student radical to foreign minister.

This would culminate in his use of the legacy of Auschwitz almost as a new guiding force in his country’s foreign policy.

Because of Germany’s history, and, in particular, the unique significance of the Holocaust, Kundnani summarizes, modern post-war Germany in the later part of the 20th century and beyond had a special responsibility to prevent genocide, by the use force if necessary.

Serving in the 1998-2005 “Red-Green,” Fischer was more prominent than any other German government figure in pressing for the 1999 NATO intervention to prevent a feared genocide by Serbs against Kosovan Albanians. By then, Fischer was a senior figure in the Green Party.

“I didn’t just learn ‘Never again war,’ ” he was to say when operations were under way, in the face of strenuous opposition from pacifist Green colleagues. “I also learned, ‘Never again Auschwitz.’ ”

Of course, Fischer also faced the inevitable accusation of relativizing Auschwitz by invoking its specter to prevent a modern genocide. While Kundnani notes this, it’s hard not to feel that his sympathies largely lie with Fischer.

In the main, however, this is a sober, well-sourced study, free from partisanship and compellingly written, particularly in its use of characterization to tell a story rather than resorting to dry historical record.

Newcomers to the story of how some of Germany’s generation of 1968 chose terrorism will find this book an engrossing companion to more mainstream recollections of that tale, such as the 2008 film of the 1985 book “The Baader-Meinhof Complex.”

In addition, “Utopia or Auschwitz” is a valuable new addition to the English language library of work examining Germany’s post-war struggle to come to terms with its past.

However, it is perhaps at its most provocative in seeking to level charges of antisemitism against currents of the 1960s and ‘70s New Left, who are viewed by many even today as having been more misguided than morally wrong in their decision to take up arms.

“Utopia of Auschwitz” makes no judgments on the contemporary question about the extent to which Europe’s left of today is home to underlying currents of antisemitism in its stance on Israel.

Nevertheless, readers seeking further historical context to that debate will not be left disappointed.

Ben Quinn is a freelance journalist based in London.