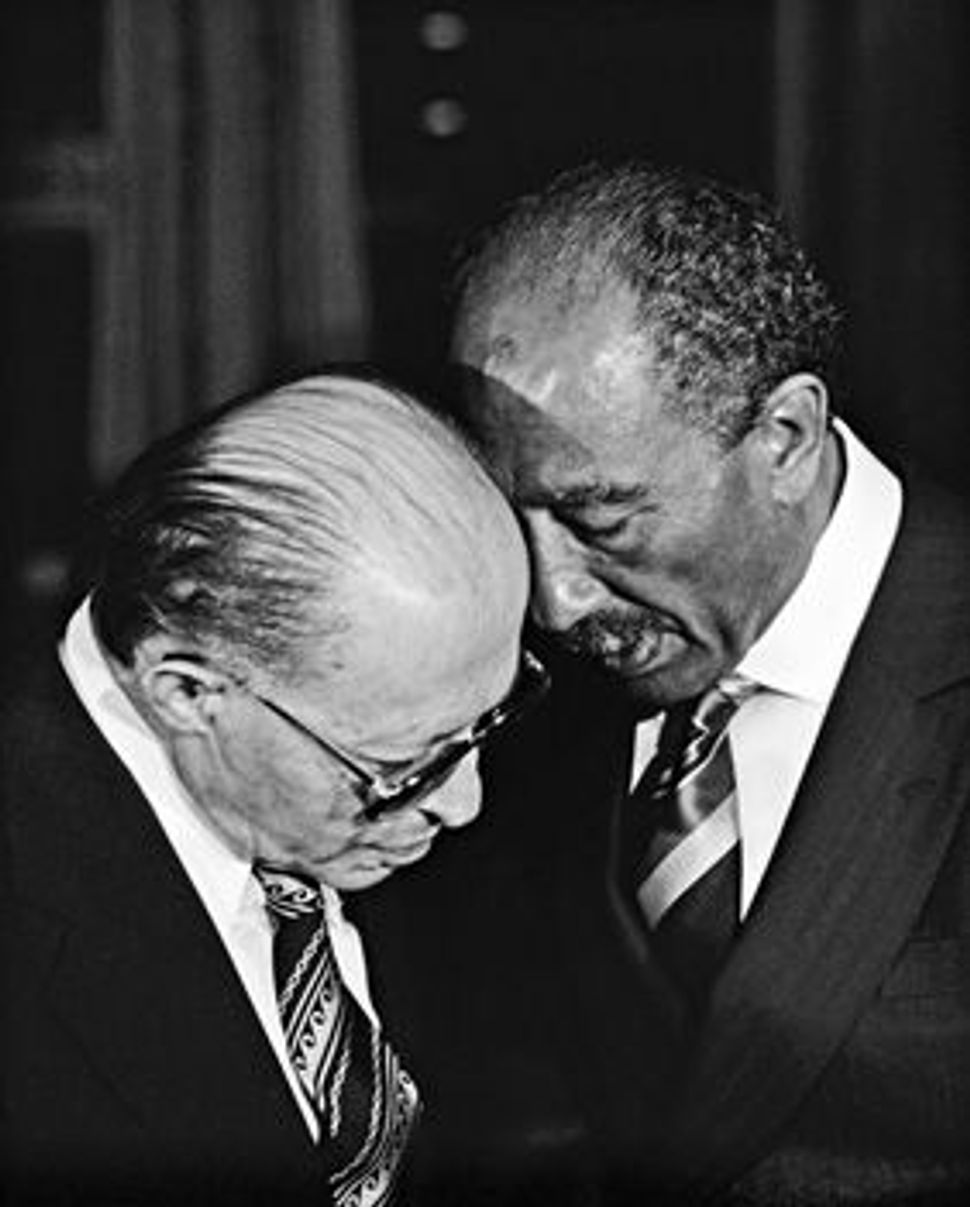 For 200 cigarettes and a kilo of coffee, David Rubinger bought his first Leica camera. It was Germany, 1946. Rubinger, a young Viennese refugee serving in England’s Jewish Brigade, got to work immediately, photographing postwar devastation. These were the first shots in a long career of documentary photography.

It was a career whose philosophy was summed up, appropriately, by an image: For years, a comic hung over Rubinger’s desk that pictured the flight of Icarus, the mythological boy who flew too close to the sun. The comic depicted a throng of photographers setting up a photo of Icarus taking off. One lone photographer, however, aims his camera at the ground, at the site where the crash was bound to happen.

A newly released memoir, “Israel Through My Lens” (Abbeville Press) — in which Rubinger gives a spirited account of his six-decade, seven-war career as Time-Life’s photographer in Israel— will give readers an insight into the man who made a million split-second decisions regarding the angle and the light in which to view history. 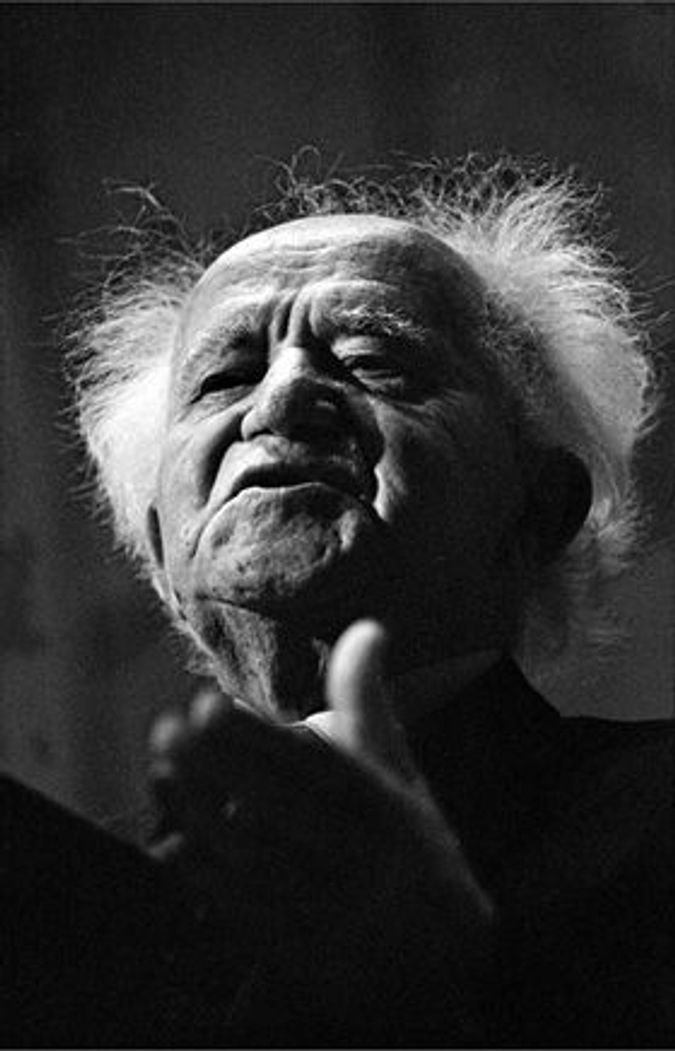 Rubinger’s work is remarkable for its ability to characterize an individual person and to have that image, in turn, characterize an entire era. In this shot, David Ben-Gurion — who stood at 5 feet 3 inches — appears not merely as the prophet but indeed as the prophetic mountain itself. Like Sinai, Ben-Gurion’s head bursts with creative rage, beclouded but aflame, concealed but revealed, thundering forth. The photo’s angle and dark background abstract the image in space, bringing to mind the midrash of Sinai: of God suspending the mountain over the heads of a terrified populace, challenging the people to accept the Law, or else. 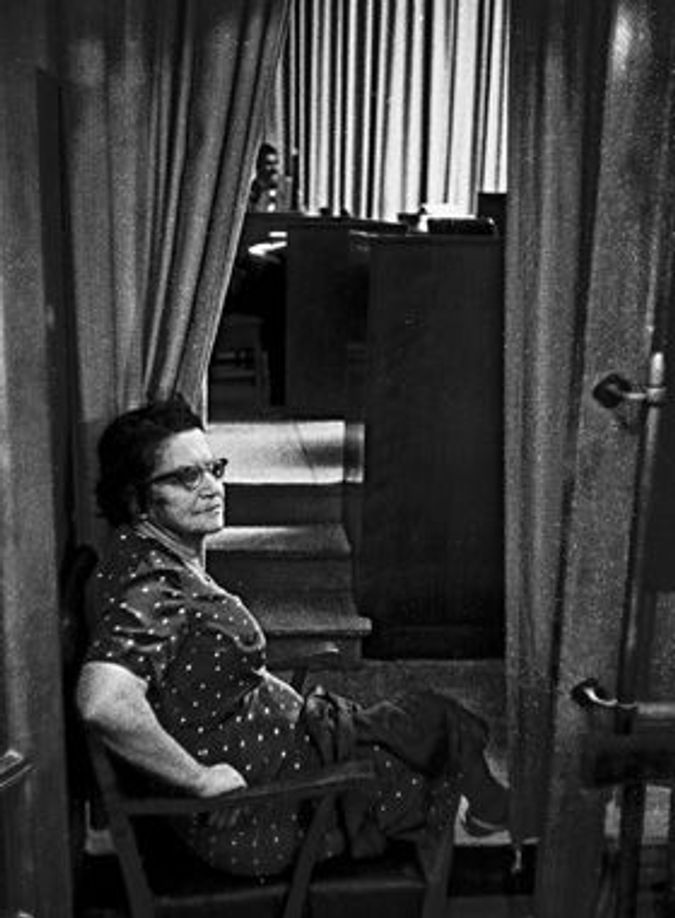 In contrast, here’s this 1960 shot of Ben-Gurion’s wife, Paula, who is sitting behind the curtain of the old Knesset chamber. According to Rubinger, Paula Ben-Gurion’s running commentary on the parliamentary proceedings was heard by all. “Why are they bothering him?” she’d grumble. “He hasn’t even had his tea yet.” In this image, Paula Ben-Gaurion embodies a Yiddish- inflected, homespun comic-skepticism that literally sits behind the curtain of an earnest Hebraic ideology. In his book, Rubinger recalls Paula’s reaction upon the couple’s relocation to a spartan cottage on the edge of the Negev, a fulfillment of Ben-Gurion’s ideological commitment to desert pioneering. Upon seeing the cabin for the first time, Paula threw her arms in the air and cried out in Yiddish, “Oy, where has he schlepped me to?” 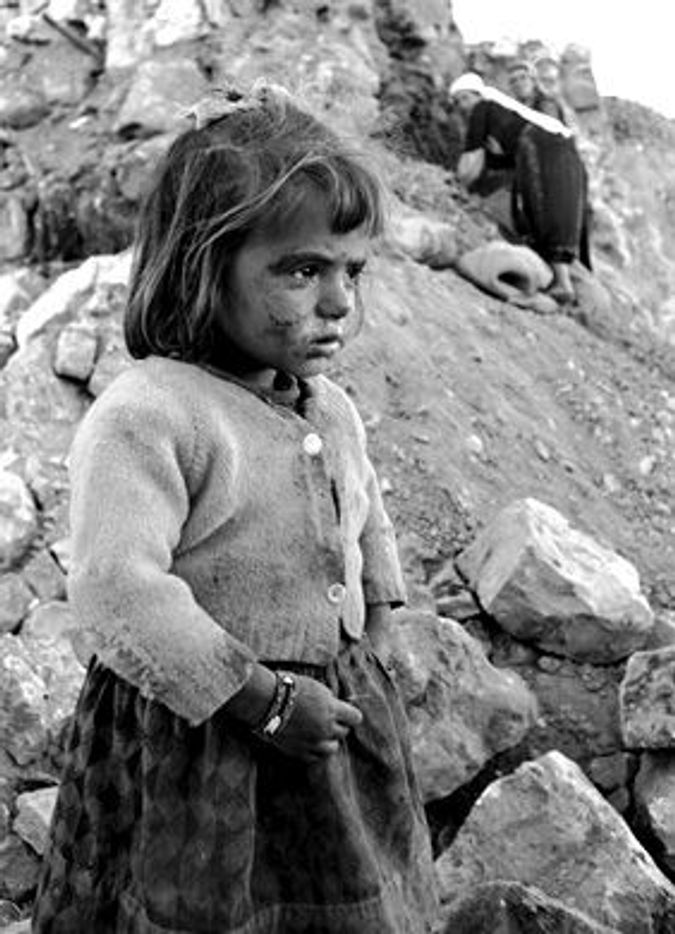 The image of a battered Palestinian girl standing in the ruins of her family home — a home bulldozed by Israel under suspicions that it had harbored terrorists — elicits an immediate emotional response in the viewer. The photo was taken in 1969, two years after the shot of the paratroopers at the Western Wall. 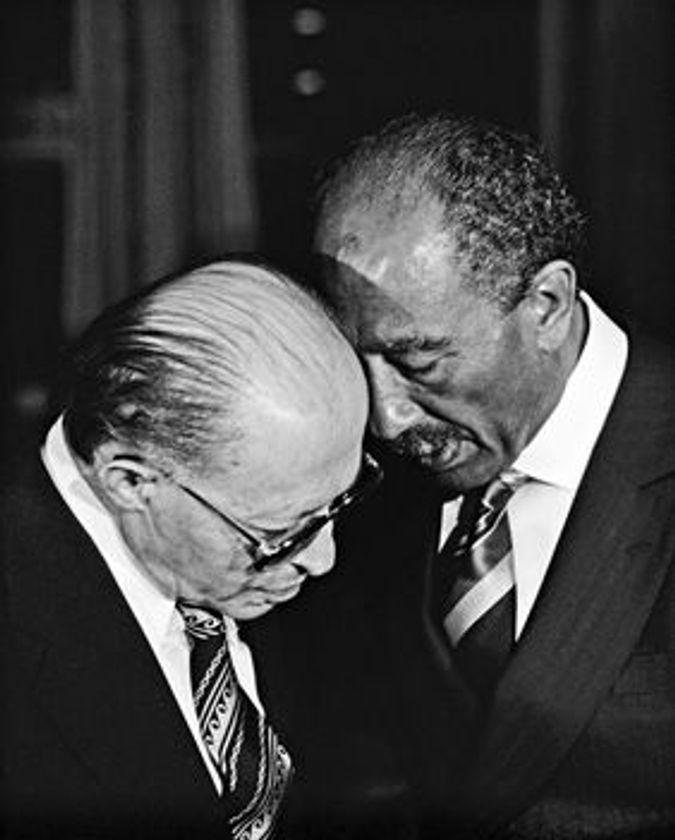 A 1980 image of Menachem Begin and the Egyptian president Anwar Sadat offers an insight into a hidden element of peacemaking: intimacy. This photo, which Rubinger considers one of his most finely tuned images, captures the two leaders in a private moment of hushed diplomacy. 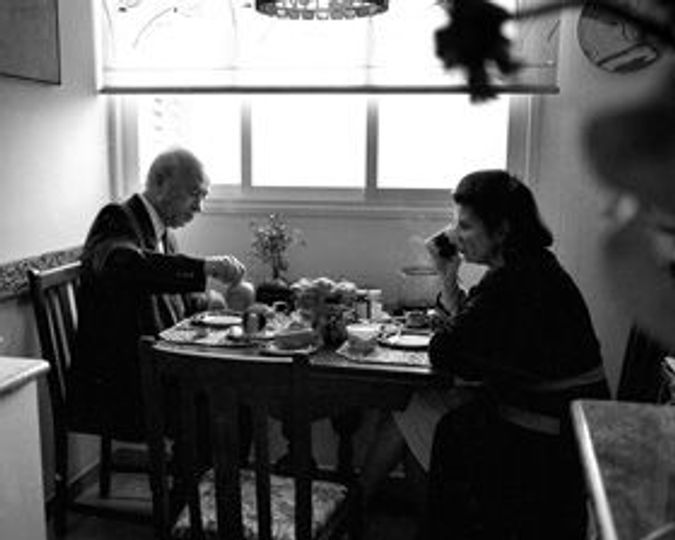 The plaintive, Hopper-esque feel of Yitzhak and Leah Rabin sitting at their breakfast table would be noteworthy even if we didn’t take into account its striking context: the tumultuous period between the Oslo Accords and Rabin’s assassination. Here is the shy Rabin in a quiet space — outfitted in the suit and tie that never looked quite right on him — moments before he set out into the tooth-and-claw world of politics. Rubinger later photographed the blood-stained “Song to Peace” song sheet that was discovered in the murdered prime minister’s suit pocket. 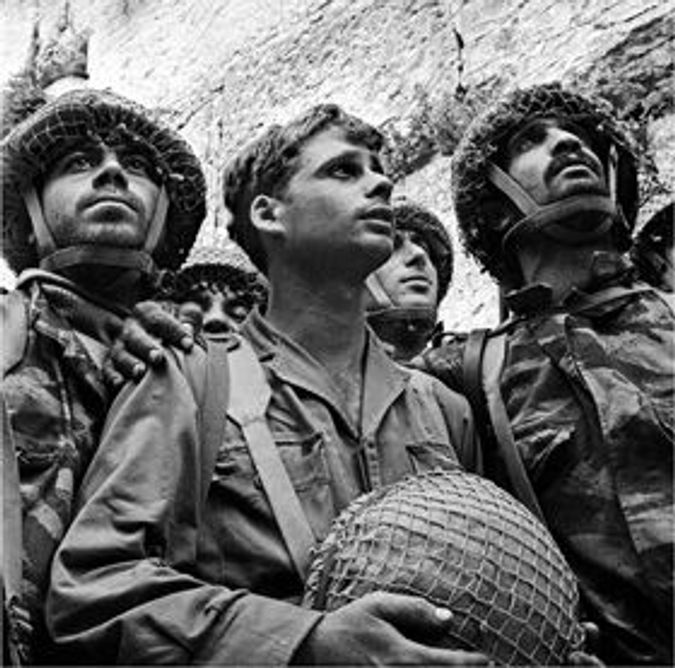 Rubinger’s image of Israeli paratroopers in front of the Western Wall was recognized instantly as iconic — except by Rubinger himself, who, until persuaded otherwise by his wife, favored a photo of Chief Rabbi Shlomo Goren exalting in victory. The photo was promptly stolen by other photographers — who took credit for it — and appropriated by the Israeli information apparatus, which wasted no time in mass producing it.