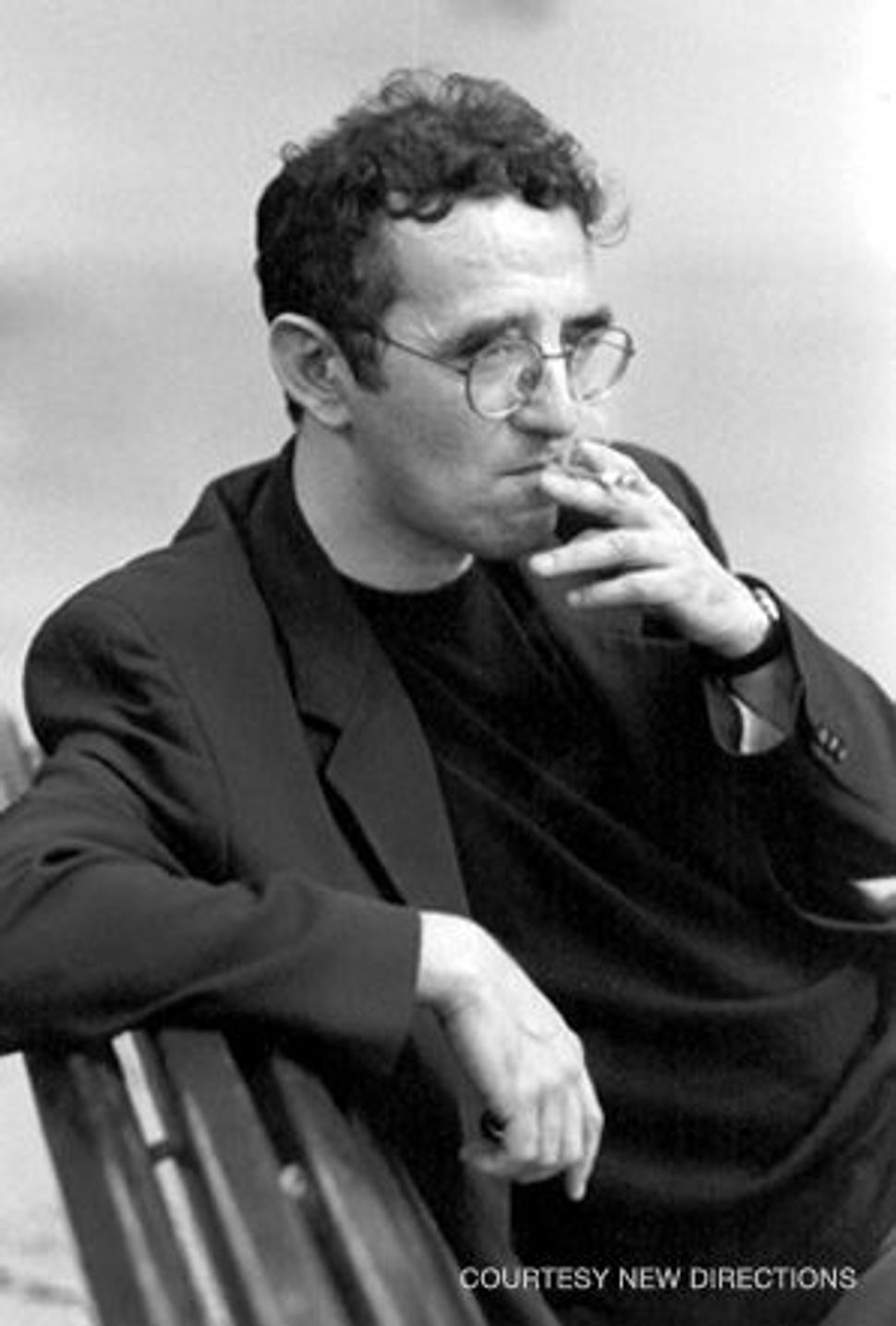 Voice from Beyond: Works by the Chilean novelist, who died in 2003, are now being translated into English.

Nazi Literature in the Americas 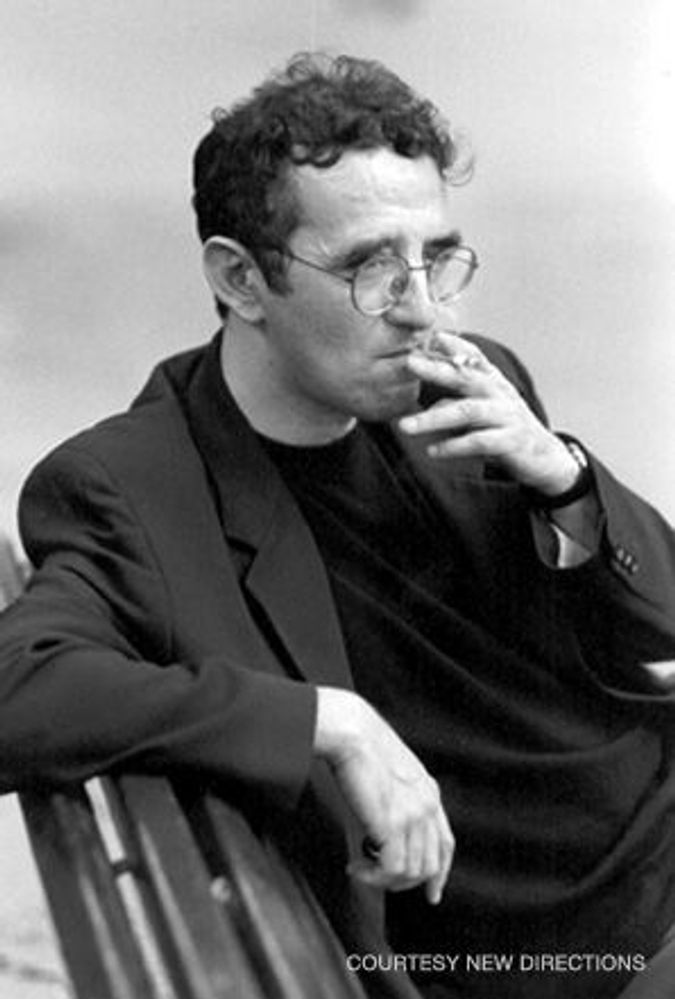 Voice from Beyond: Works by the Chilean novelist, who died in 2003, are now being translated into English.

Translated from the Spanish by Chris Andrews
New Directions, 280 pages, $23.95.

Roberto Bolaño (1953-2003) was a Trotskyite, drug addict, vagabond and expatriate. He wanted to be what capitalism might call “an experimental poet,” but instead became Chile’s greatest novelist. Bolaño seems to have summarized his own life in the prankish manifesto for the literary movement he founded, “Infrarealism”: “Experience at full tilt, self-consuming structures, stark raving contradictions…”

Later in this document (of which Bolaño was the sole author and signatory), he wrote: “Risk is always elsewhere. The true poet is always leaving himself behind.”

This “true poet” was born in Santiago, Chile, though his family relocated to Mexico City in 1968. Five years later, he returned to Chile in support of socialist president Salvador Allende, who’d commit suspicious suicide after the Pinochet coup. Bolaño was only imprisoned. Latin American flux followed the luck of the author’s escape; the 1980s found Bolaño destitute in Europe. The final decade of his life was spent seaside in Spain, where, working against time (he had a liver disease, and smoked incessantly), Bolaño turned out a lifetime’s body of work: “The Savage Detectives” (published 1998, in Spanish) has been fragrantly praised, featuring, as it does, poet-smugglers of premium marijuana; Bolaño’s final book, “2666” (published 2004, in Spanish), is an enormous volume of only half that number of pages, apparently concerned with the serial killings of Ciudad Juárez, Mexico. These works and improbable others are now being translated into English.

“Nazi Literature in the Americas,” first published in Spanish in 1996, is not a work of nonfiction, though it reads as an encyclopedic history, or a biographical dictionary of criminous thought. In its obsession with poetry, and with the lives of poets especially, it speaks to the writing Bolaño was still to do, and yet remains a solitary artifact of literary experimentation; a formative exercise in ersatz scholarship that should be shelved beside similar stunts by Bolaño’s Argentinean mentor, Jorge Luis Borges (1899-1986; anxious echoes of the master’s essays, and especially his fictional “A Universal History of Iniquity,” are unavoidable).

What Bolaño has given us is a mock reference text, an indispensible companion to the work of collaborationist poets and novelists in the Americas — writers who, whether actively or through aesthetic allegiance, kept company with the Nazi cause. Included and representative are entries on “The Mendiluce Clan”: Edelmira Thompson de Mendiluce, an austere “lady poet”; Juan Mendiluce Thompson, her son, an angry novelist who denounced Julio Cortázar and his mentor Borges, “whose stories, so he claimed, were ‘parodies of parodies’”; and Luz Mendiluce Thompson, the family’s obese poet-daughter, who cherishes throughout her life a photograph of her baby self being cradled by Hitler.

Later, the reader is introduced to such “forerunners and figures of the Anti-Enlightenment” as Silvio Salvático (1901-1994), described in a deluxe list of a sentence that is Bolaño at his best:

“As a young man Salvático advocated, among other things, the re-establishment of the Inquisition, corporal punishment in public, a permanent war against the Chileans, the Paraguayans or the Bolivians as a kind of gymnastics for the nation, polygamy, the extermination of the Indians to prevent further contamination of the Argentinean race, curtailing the rights of any citizen with Jewish blood, a massive influx of migrants from the Scandinavian countries in order to effect a progressive lightening of the national skin color, darkened by years of promiscuity with the indigenous population, life-long writer’s grants, the abolition of tax on artists’ incomes, the creation of the largest air force in South America, the colonization of Antarctica, and the building of new cities in Patagonia.” Then, as if the author’s tangoed enough, and is ready to drive the dagger home: “He was a soccer player and futurist.”

The “Poètes Maudits” that follow are Pedro González Carrera, and Andrés Cepeda Cepeda, known as “The Page.” South Americans of Germanic descent who’ve notably enriched the literature of fascism include Franz Zwickau, the Venezuelan author of the poem “Heimat,” which describes his genitals in German and Spanish, and Willy Schürholz, a graphomaniacal critic of the architecture of the death camps (in both, there are shades of the Amazonian Josef Mengele); science-fictionists include Zach Sodenstern of Los Angeles, author of a pulpy Fourth Reich Saga, and the North American poets represented are Jim O’Bannon of Macon, Ga., who disliked homosexuals and Jews and once rebuffed a seduction by Allen Ginsburg, and Rory Long, who forsook the avant-garde in order to lead the Charismatic Church of Californian Christians, from his pulpit denouncing the CIA and Zionism, and encouraging America to resume “the space race.”

Bolaño tells us that Mirebalais began as an assistant social reporter for the Port-Au-Prince Monitor, attending “parties and soirées held in the capital’s grandest houses.” Seduced by such society, he went about gaining entry the only way he, or the author of his entry, knew how — poetry; he began writing verse, or rather rewriting verse, essentially plagiarizing the work of the socially anonymous: “having decided to spare himself the difficult years of apprenticeship.” In the beginning, he published under the name Max Kasimir (“the cousin of Max Mirebalais”), stealing from a variety of Haitian poets; Mirebalais-as-Mirebalais stole from the poets of Martinique, and later “Kasimir” from those of Madagascar and Senegal. Apparently pastiche wasn’t enough for the polyonymous: Mad Max soon publishes entire poems under his names without altering an original word. Suddenly not a means but an end in itself or technique, Mirebalais eventually plagiarizes himself: “Death,” Bolaño notes by way of epitaph, “found him composing the posthumous works of his heteronyms.”

Hoffman’s section is the book’s last and most deceptively light (as it’s based on genre convention: that of the detective story); it’s here that Bolaño himself makes metafiction with a disturbing appearance. Hoffman (1950-1998) had been a famed aviator, photographer and poet-skywriter, and also a ruthless murderer. A mysterious investigator turned assassin visits a voluntarily exiled Bolaño in Barcelona, Spain, and involves him in a picaresque parody of the Wiesenthal Nazi-hunt, asking him to go to a café and identify — as if in a literary lineup — his old poetic acquaintance, since in hiding: “This was his reasoning,” Bolaño writes: “Ramírez Hoffman was a poet, I was a poet, [the investigator-assassin] was not. To find a poet, he needed the help of another poet.”

Under this humor is utter seriousness: Literature, contra to its American life, is a serious undertaking. In societies in which you could be prosecuted or murdered for what you said or wrote — Nazi Germany, communist Russia, South American dictatorships — literature became imbued with a sacred or significant purpose that Bolaño, in the free New Europe, was trying to revive or reinvent for changed times. Bolaño’s dark intellectual-philosophical joke becomes more than the sum of its punch lines only when the author, with a sly slit of the throat, implicates himself. In the midst of genre kitsch, Bolaño, the socialist revolutionary and prisoner of Pinochet, fingers a fellow poet for death and is paid for his efforts. This book, brilliantly and rambunctiously written, is a denunciation of homegrown fascism. But in its last, self-involved entry it becomes more — a book about how close even the most poetically pure of us can come to taint in a morally oppressive and politically wrongheaded society. Joshua Cohen is a literary critic for the Forward.