Fruits of the Desert On a Table Near You 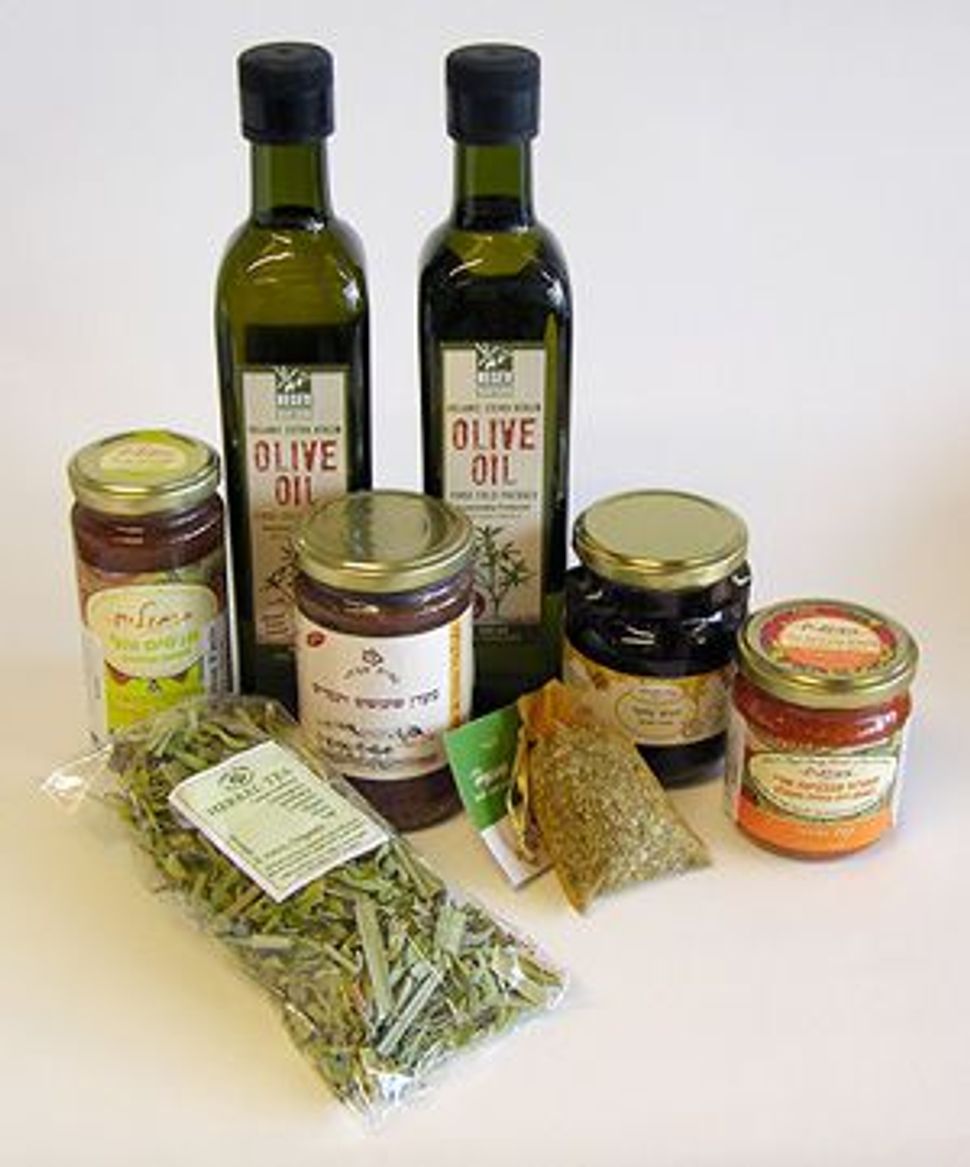 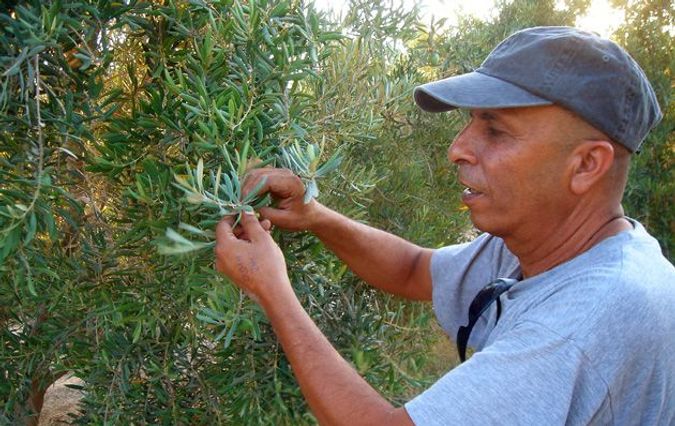 Even the most devoted locavores have their limits. While eating seasonal, locally grown food can be rewarding, both ecologically and culinarily, there are certain dietary staples that one just cannot find at North American farmers’ markets or through a Community Supported Agriculture (CSA) program. Like coffee. Or chocolate. Or that all-important ingredient of healthy cooking: olive oil. 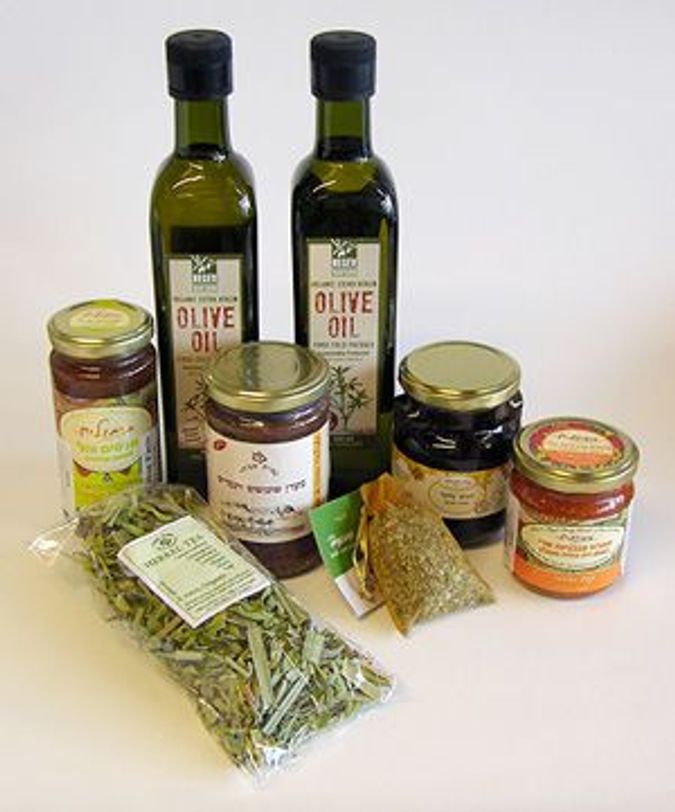 But a new American-Israeli food company called Negev Nectars hopes to change that.

Launched last October, Negev Nectars sources organic olive oil and other Mediterranean food products (for example, za’atar spice blend, date honey and fresh mint tea) from sustainable farmers in Israel’s Negev desert, and makes them available to American customers through a CSA. Negev Nectars members pay $180 in advance to receive three shipments of organic products during the course of a year, which they pick up from a central location, like a synagogue, or have shipped to their homes.

Founded by Marvin Israelow, a former strategic marketing consultant from Chappaqua, N.Y., who fell in love with the Negev region after volunteering on a kibbutz there in 1966, the company combines food ethics with the notion that connecting to Israel can mean more than making a donation to an Israeli organization.

Of course, one could rightly argue that shipping olive oil from Israel to America comes with a hefty carbon footprint. But Jeff Yoskowitz, Negev Nectars’ operations and marketing manager, counters that Jewish customers in the Northeast (Negev Nectars’ primary market) are already purchasing olive oil flown in from Mediterranean regions or from California. If they are not willing to give up olive oil, he said, the next best thing is to purchase olive oil that supports the efforts of Israel’s sustainable farmers. The farmers also know in advance exactly how much of their product to send, which makes distribution more efficient than if they were shipping to stores.

Agriculture has always been deeply woven into Israel’s history and mythology — from the agrarian roots of ancient Israel to images of Zionist pioneers picking fresh dates. But it’s not just about images, it’s facts and figures too.

In “The Book of New Israeli Food,” (Schocken, 2008) food journalist Janna Gur writes that, “…by the early 1970s, citrus (groves) covered more than 100,000 acres (of Israel’s land),” with a million tons of the country’s most legendary export, Jaffa oranges, being shipped to destinations around the world.

Even in today’s post-kibbutz society where, according to David Greenaway’s “The World Economy Global Trade Policy” (Wiley-Blackwell, 2009), agriculture represents a mere 1.6% of Israel’s GDP, the country continues to grow the majority of its own food. And large outdoor produce markets like Mahane Yehuda in Jerusalem and Carmel Market in Tel Aviv help close the gap between farms — or at least fresh fruits and vegetables — and the city center.

By necessity, Israel has also played a leading role in advancing sustainable water-use technology across the world, starting with the invention of modern drip irrigation in the 1960s. Like every country in the region, Israel faces issues of severe water scarcity — a reality made dramatically clear as the Dead Sea shrivels. And during the last two decades, the Negev desert — an arid swath of land where an estimated 40% of Israel’s land crops are grown — has become a primary center of water-conservation research, especially as it relates to agriculture.

Scientists at several institutions, including Ben Gurion University of the Negev and The Arava Institute for Environmental Studies, are pioneering efforts around what the Arava Institute calls “water-thrifty agriculture.” Their approach includes using the brackish (salty) water that exists in large aquifers below the desert, switching to perennial crops (e.g., tree fruits and nuts) instead of annual crops that cause soil erosion, and cultivating plant species that can thrive amid poor water conditions.

Negev Nectars’ partner farms are also working on the front lines of the new agriculture movement in Israel. The company’s sole olive oil supplier, farmer Doron Akiva, for example, employs a computerized irrigation system that closely monitors evaporation rates to prevent the use of excess water on his olive trees. And the farm at Kibbutz Neot Smadar, which supplies Negev Nectars with organic sesame-date tahini spread and herbal teas, irrigates with water from a nearby desalination plant, and grows salt water-resistant alfalfa along the highway to feed its goats.

“I am drawn to the can-do spirit and ingenuity of the farmers who have chosen to live in a fragile and strategically important region like the Negev,” Israelow said.

The farmers’ small-scale, earth-friendly approach represents a dramatic shift from the conventional growing practices that have dominated Israeli agriculture for the last half-century.

“Early proponents of Israeli agriculture were proud of tackling and conquering the land,” said Yoskowitz. “So, while it seems that the kibbutz and sustainability should go together, in practice they (historically) have not.”

Similarly, awareness around organic produce and CSAs is growing among Israeli consumers. But Yoskowitz said it has not yet “reached the shuk (market).”

In America, where even Walmart now stocks organic produce and food author Michael Pollan is a household name, sustainable agriculture is significantly more mainstream. Negev Nectars plays an important role in linking small-scale, organic farms to this eager American customer base that might not have been previously aware of their products.

Larry Schwartz, for example, a Negev Nectars customer and former marketing executive who lives in Montclair, N.J., said that while he shops regularly at farmers’ markets near his home and considers himself to be an ethics-conscious shopper, joining Negev Nectars was a “real eye-opener.” “As much as I have connected to sustainable agriculture in my area, I had not thought about it in terms of Israel at all,” he said.

Most important to Israelow, Negev Nectars, like most CSAs, is designed to be as much a conduit for building direct and meaningful relationships as a source for high-quality products.

“We want to create an exchange between the producers and consumers who are bound together in this food-based economy,” said Israelow.

To that end, Negev Nectars’ Web site includes profiles on each farm, along with information to aid members in planning farm visits for their next trip to Israel.

The movement toward ecologically conscious farming in Israel is promising, although, as the country’s population continues to grow (it increased by 1.7% in 2008, according to the CIA World Factbook), limited water resources will need to be stretched even further.

With just one delivery behind them and another scheduled for before Passover, Negev Nectars is helping to point the landscape of Israeli agriculture toward a sustainable future, and engaging Jewish Americans in the cause.

As member Rabbi Jan Uhrbach, who leads two Conservative congregations in the New York area, said, “Every time I put that bottle of olive oil on the table, there’s an excitement and consciousness I did not have before.”

Fruits of the Desert On a Table Near You