‘A Tango Between God and Satan’ 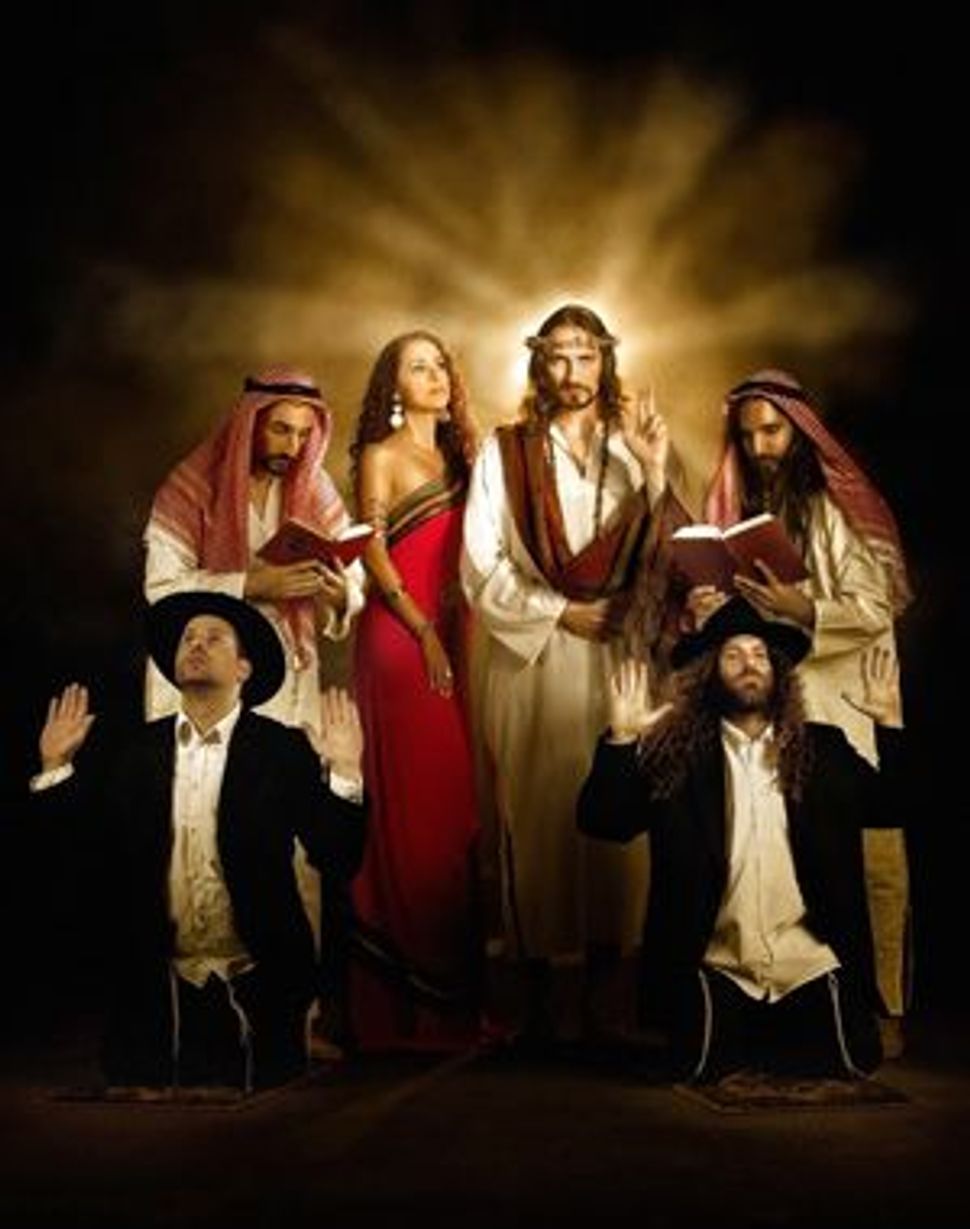 Abrahamic Karma: Can three fractious religions descended from the same patriarch be joined in harmony by Israeli metal music? Image by COURTESY OF ORPHANED LAND

The odd Eurovision Song Contest win aside, the post-1948 Israeli popular music scene was an insular one for decades, appealing little to Diaspora Jews, let alone the wider world. Yet once the irresistible tide of globalized mass media struck Israel in the 1980s and ’90s, Israeli music became enriched by a host of local subcultures that drew on, and contributed to, global music scenes. Today, Israel rap and trance are recognized worldwide as unique and fascinating versions of global styles. 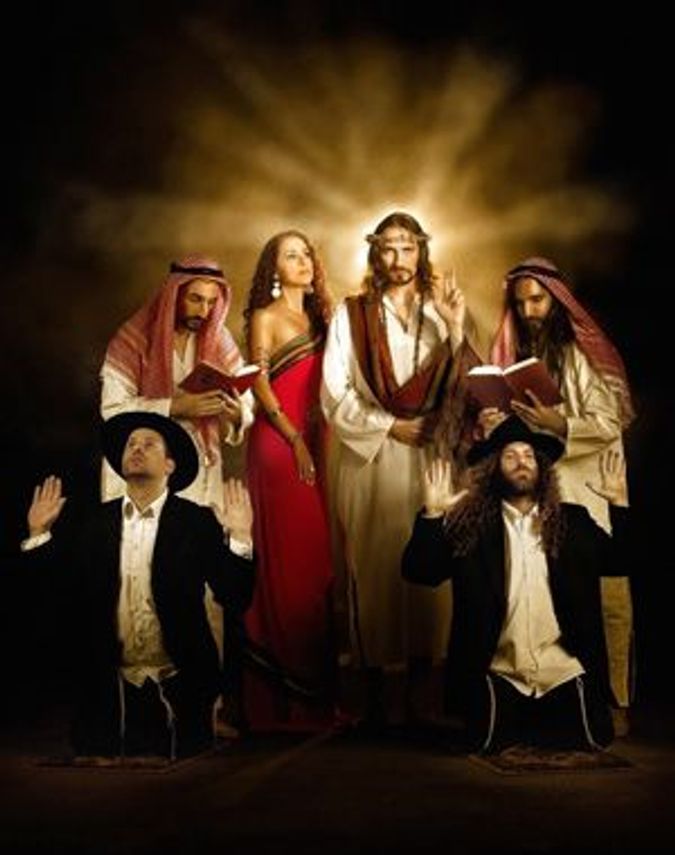 Abrahamic Karma: Can three fractious religions descended from the same patriarch be joined in harmony by Israeli metal music? Image by COURTESY OF ORPHANED LAND

Another Israeli music scene, heavy metal, is less well known. By the mid-1990s, a vibrant metal scene had taken root in Israel, with such bands as Salem developing a worldwide following. But most Israeli bands sounded hardly any different from bands from elsewhere — until Orphaned Land began developing a remarkable new metal sound that drew on the rich musical heritage of the region.

Formed in 1992, the band hails from two satellite towns of Tel Aviv — Petah Tikvah and Bat Yam — and all but one of the six members come from Sephardic and Mizrachic families. As lead singer Kobi Farhi explained: “It didn’t make sense to us to try and be American or European or Scandinavian. We found there is so much richness and color in our life here, and we can contribute that to our music so that the outer world can learn something about the exotic sounds that come from our place. We thought it would be a fascinating thing to do.”

The experiment paid off: Orphaned Land’s four albums —“Sahara” (1994), “El Norra Alila” (1996), “Mabool” (2004) and the new release “The Never Ending Way of ORWarriOR” — are a fascinating collision between the harsh sounds of metal and the sublime sounds of religious Mizrachic and Middle Eastern music. Distorted electric guitars mingle with the more ancient oud and saz, pile-driving drums swap rhythms with the tarbooka, metal noise is overlaid with growled dialogue and liturgy in Hebrew and Arabic. The new single “Sapari” takes the words of a 17th-century Yemenite poem and arranges them in an irresistible combination of delicate Yemenite melody and strident power chords. Not for nothing has the band dubbed its sound “a tango between God and Satan.”

For a band from a genre generally associated with the dark side of humanity, Orphaned Land embraces spirituality in a way that is, as Farhi demonstrates, particularly striking: “We never think about sex and drugs and rock ’n’ roll. Orphaned Land is a metal band, but our subject matter is spiritual and combining different elements of religion. A guy came up to me after one of our shows in Israel, and he told me that our concerts are like the synagogue of the metalheads.”

As Farhi explains it, Orphaned Land aims at nothing less than the reconciliation of the warring parties in the Middle East: “We have one main concept in Orphaned Land, and that is creating utopia. We are living in a world in which the three Abrahamic religions have been killing each other for centuries. We just have the simple message that people are similar: Islam, Christianity and Judaism are very much alike in many ways.”

The new album’s progressive metal sound is complex and ambitious. Occasionally, too, as on the more lengthy tracks like “Disciples of the Sacred Oath,” the meandering structures can be hard to follow and a little indigestible to those who aren’t progressive metal fans. Despite its convolutedness, the album carried a forceful message of Abrahamic spiritual coexistence. “The Never Ending Way of ORWarriOR” explores and celebrates what they call the “warrior of light” (“Or” in Hebrew), which is, as Farhi puts it, “a sleeping warrior that exists within each and every one of us. If the warrior of light is awakened within the Arab and the Israeli, they will see immediately that they are similar, that they are cousins.”

Those who might see this as a naive or even hubristic message will take little comfort from the publicity photos for the latest album, in which members of the band dress as stereotypical Haredi Jews and Arabs in headdresses, with Farhi in the center, dressed as Jesus. As he explains: “Some of the critics were saying that it looks like some kind of a parody. Some people said it was ridiculous. But I would say this: How ridiculous can it be, compared to the fact that the three Abrahamic religions have been killing each other for centuries in the name of God?”

Orphaned Land does not just talk the talk; the band has an undoubted track record for bringing people together. The band mates have toured the world, from Croatia to Mexico, and have high-profile admirers such as Steven Wilson, leader of the cult progressive rock act Porcupine Tree, and producer of the new album. Unique among Israeli acts, they also have a following in the Muslim Middle East. The band’s Web site is translated into Arabic; Orphaned Land collaborated with the Arab Orchestra of Nazareth on the new album, and receives a steady stream of e-mails from fans in places as unlikely as Syria and Iran. As Farhi said, with no small amount of pride: “This is so surreal. It doesn’t make sense. How bizarre is it if Arabian people can be diehard fans of an Israel band?”

Nonetheless, the only Islamic country in which the band mates can actually meet their fans is Turkey, a source of some frustration for the band, Farhi explains: “Orphaned Land is one of the only bands in the world that cannot play to all of their fans. We cannot play in the Arab countries, and we have there thousands and thousands of fans. This is our own personal tragedy.”

Orphaned Land’s idealism may ultimately be smothered by the realities of the Arab-Israeli conflict. The band’s message may be simplistic, and its quasi-messianic pretensions grating, but in a region with little hope, naive idealism can be a powerful gesture. Besides, the group’s sound is so extraordinary that on the aesthetic front, at least, the reconciliation between the children of Abraham seems a possibility — even if it’s to agree that they don’t like metal!

Keith Kahn-Harris is a London-based sociologist and the author of “Extreme Metal: Music and Culture on the Edge.” (Berg Publishers, 2007). He blogs at www.metaljew.org.

‘A Tango Between God and Satan’