A Light Onto a Long, Dark Night 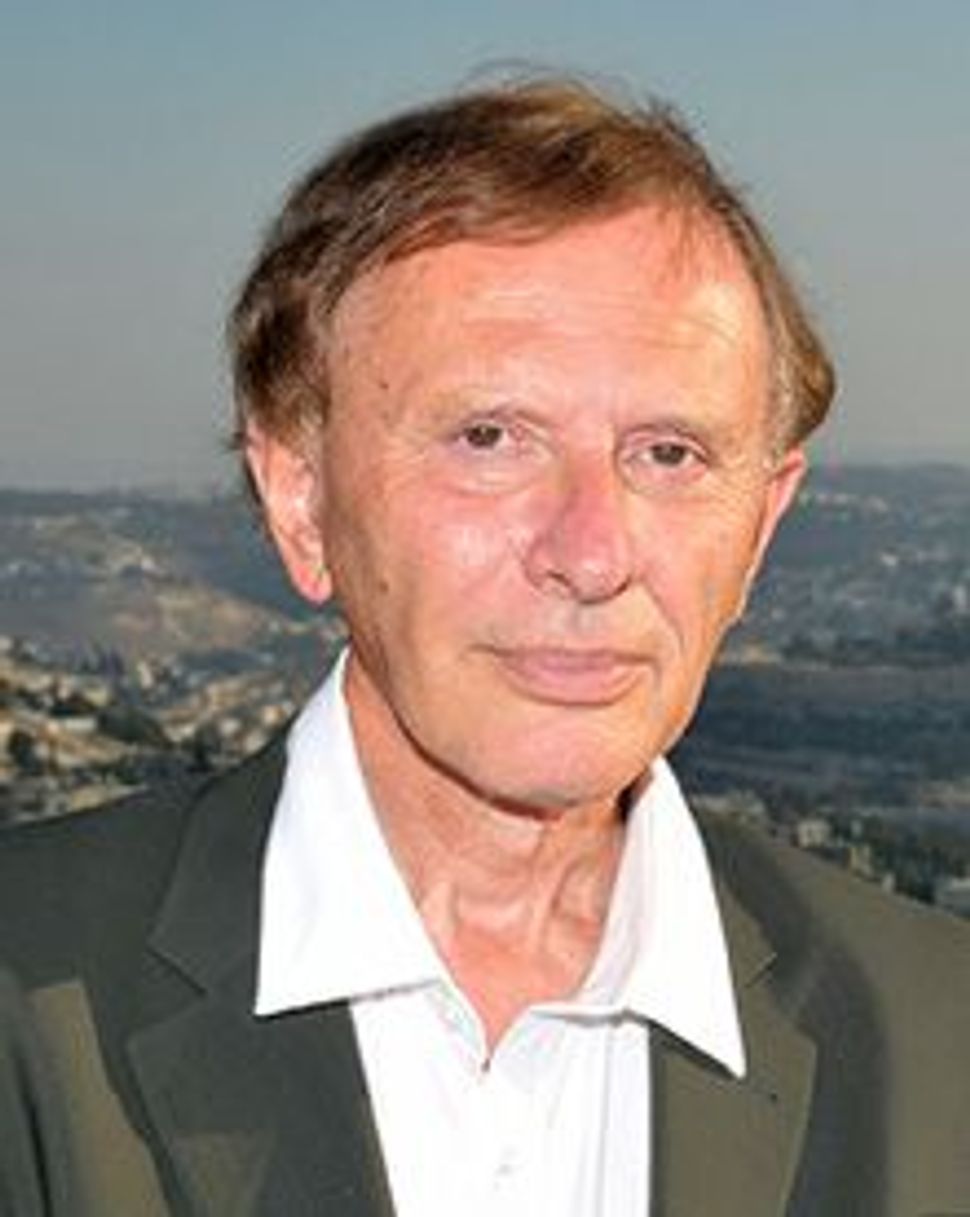 A Lethal Obsession: Anti-Semitism From Antiquity to the Global Jihad
By Robert Wistrich
Random House, 1,184 pages, $40 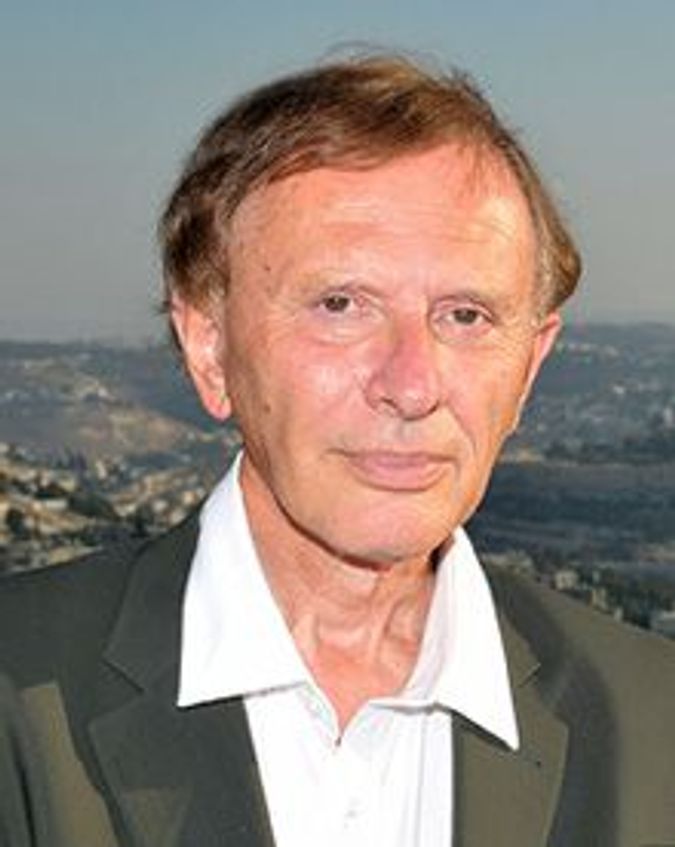 In 1974, Arnold Forster and Benjamin Epstein of the Anti-Defamation League authored “The New Anti-Semitism,” one of their series of rather lurid books that were basically collections of ADL memoranda on right-wing antisemitic thugs and acts. The Forster and Epstein books — hardly sober analyses of antisemitism — were in the hard-hitting journalistic style of Walter Winchell, just right for that era, an era of the Cold War “consensus” historians. In “The New Anti-Semitism,” however, Forster and Epstein shifted gears and went after leftists, liberals, Arab lobbyists and black militants — all representing a “new” flavor, a new danger. The politics of anti-fascism (a major concern of the Jewish community in the 1950s and ’60s) was in 1974 as outdated as “The Twist.”

Three decades later, in the first years of the new century, we were once again treated to a gaggle of books that averred that there was a “new” antisemitism in the land, and that Jewish security was in grave danger. “What was ‘new’ about antisemitism in the new century?’ asked Laqueur, Hyam Maccoby, Gavin Langmuir, Abraham Foxman, Gabriel Schoenfeld and Phyllis Chesler. To put the question more formally, are contemporary manifestations of Jew hatred — Arabs, leftists and liberals — new phenomena, or are they representations of classic anti-Judaism refracted through the prism of current realities? Has the world of anti-Jewish animus changed that radically since the German anarchist journalist Wilhelm Marr visited the term “antisemitism” upon us in 1879? Or is contemporary antisemitism informed by its own 2000-plus-year history?

Historian Robert Wistrich’s intention in his massive “A Lethal Obsession: Anti-Semitism From Antiquity to the Global Jihad” is to put this question to bed. To the Hebrew University’s Wistrich, the eponymous lethal obsession of Jew hatred is precisely that — a pathological obsession on the part of Jew haters that is many hundreds of years in the making and continues today. Period.

The subtitle of Wistrich’s massive volume is a tad misleading. “Anti-Semitism From Antiquity to the Global Jihad” suggests a comprehensive history of the phenomenon. But the book is nothing of the sort. Of its 1,184 pages, only 28 pages track the narrative history of antisemitism, from its ancient manifestations through the destruction of European Jewry in World War II. The bulk of the book addresses modern and contemporary antisemitism, with rich historical material interspersed that endeavors to set a context for understanding the present danger.

This is a problem. The global history of antisemitism has been insufficiently reported. There is, of course, the classic four-volume “The History of Anti-Semitism,” by Leon Poliakov — a wonderfully idiosyncratic work, but woefully dated. There is Walter Laqueur’s splendid recent short work, “The Changing Face of Antisemitism.” And there is Wistrich himself, in an earlier excellent work, “Antisemitism: The Longest Hatred,” and then there’s my own “A Dark Side of History: Antisemitism Through the Ages,” which sets a historical context for understanding antisemitism. But there has long been a need for a truly comprehensive, detailed and analytical narrative to track the often complex history of antisemitism and, more important, to contextualize that history in a coherent manner. “A Lethal Obsession” is an estimable work, but is it a coherent narrative? Wistrich felt moved to include everything — and I mean everything — in his book, and historical coherence sometimes gets lost in the wealth of detail in “A Lethal Obsession.”

The very title of Wistrich’s book is instructive, and at the same time it raises good questions. The eponymous “obsession” suggests the basic irrationality of antisemitism through the ages, and distinguishes Jew hatred from just group prejudice. The idea that antisemitism is expressed hatred of Jews, without legitimate cause, in which Jews are treated as “The Other,” is a timeless manifestation of the obsession. Psychologists have taught us that obsession is a defense against overwhelming, uncontrollable anxieties; Wistrich is at his best when he explores these historical inter- and intra-political anxieties.

The issue of being a coherent “history” of antisemitism notwithstanding, there is an internal coherence to “A Lethal Obsession.” The core of the book is a series of essays, in seriatim chapters, that explores antisemitism in the contexts of Soviet Russia; Nazi and contemporary Germany (“German Guilt, Jewish Angst”); France; Britain old and new; the Arab lands and the Arab-Europe nexus (“Welcome to Eurabia”); the United Nations, of course; the Iranian Revolution (via an illuminating chapter), and a touch of America. The most compelling chapters are those that link contemporary Islam, Middle-East affairs and “Israelophobia” with globalization. These long, detailed chapters make the case for Wistrich’s thesis: Globalization has made it possible for antisemitism of an unusually virulent nature to be exported worldwide. Discussing radical (and not-so-radical) Islam, Hugo Chavez’s Venezuela, American white supremacists, black Africa’s nationalists and, of course, Islam and Arabs of many stripes Wistrich accurately demonstrates that “antisemitism is the most adaptable of all group hatreds, exuding a protean quality that seems to guarantee longevity.” Globalization-as-villain is a trope that has been well rehearsed in recent years; Wistrich gives it new life as the super-networking of villains.

If this sounds a touch alarmist, rest assured (if either assurance or rest is possible, given this parade of horrors) that Wistrich, a scrupulous historian, presents the reader with substantial data for each case he makes. Even as academia demands that scholars rival lawyers for volumes of footnotes, “A Lethal

Obsession” stands alone in its attention to detail, sources and citations. The much maligned footnote is, of course, the historian’s secret weapon, and is especially noteworthy in Wistrich’s book; whatever else might be said about “A Lethal Obsession,” the 150-plus pages of notes, which supplement the wonderfully detailed analysis in the book, will be of inestimable value to researchers for years.

“A Lethal Obsession” will be an invaluable scholarly reference for many years. The volume is a major contribution to both the literature on antisemitism and our understanding of contemporary affairs via the context of history. There has never been anything quite like “A Lethal Obsession.” Open this massive volume to any page, and — no matter the time and place discussed — you will be hooked.

There is something more than a bit “gevaltist” about Wistrich’s nonstop prose and his procession of modern horrors. In this way, the book reminds me of my mother’s favorite one-liner: “What’s a Jewish telegram? ‘Start worrying: Letter follows.’” There are indeed many serious developments — one need not go further than the bursts of antisemitism that have appeared over the past three decades — and these may be increasing and related to both globalization and the rise of Islam. Wistrich’s analysis of the past, however, suggests that it is not just the Islamic radicalism of today that is to blame. Antisemitism, he argues, is historically and sociologically embedded in many lands. Wistrich is one with Paul Valery, who taught us: “The circumstances that could cause the works of Keats and Baudelaire to join the works of Menander are not inconceivable; they are in the newspapers.”

But as part of not forgetting the past, the serious analyst must also ask: “Are the conditions in the world in 2010 the same as they were in Europe in 1910 — antisemitism embedded in the institutions of power — which led directly to the Nazi horrors? Clearly not. Is there any Western country in which the murder of Jews is on the agenda? As huge a contribution as is “A Lethal Obsession” — Wistrich has no equal as a compendiarist — one could draw no considered answers to these questions from this book. Our analysis calls for more than the Jewish telegram.

Jerome A. Chanes is the author of “A Dark Side of History: Antisemitism through the Ages” (Anti-Defamation League of B’nai B’rith, 2001) and the forthcoming “The Future of American Judaism” (Columbia University Press).

A Light Onto a Long, Dark Night