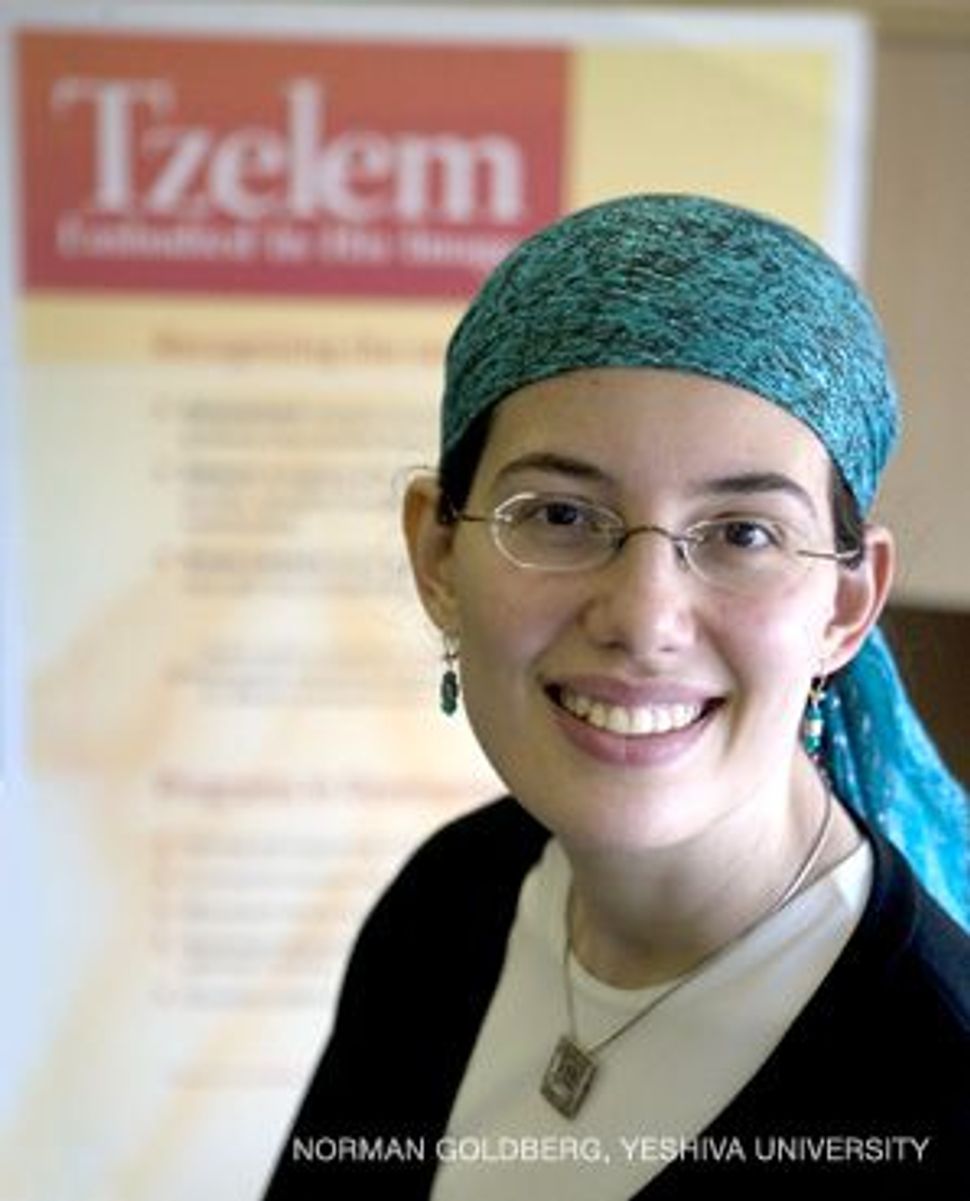 Early Intervention: Tzelem's director Jennie Rosenfeld stressed the importance of reaching students from an early age: 'We really have the potential to stop problems before they start.'

Sexual education courses are taught regularly to adolescents in public schools, but the subject isn’t part of the typical curriculum offered at Orthodox Jewish day schools. This situation, however, might soon change. A new effort that is under way could leave a permanent mark on the ways in which Orthodox educators handle classroom instruction of such topics as sexuality, anatomy and reproduction. 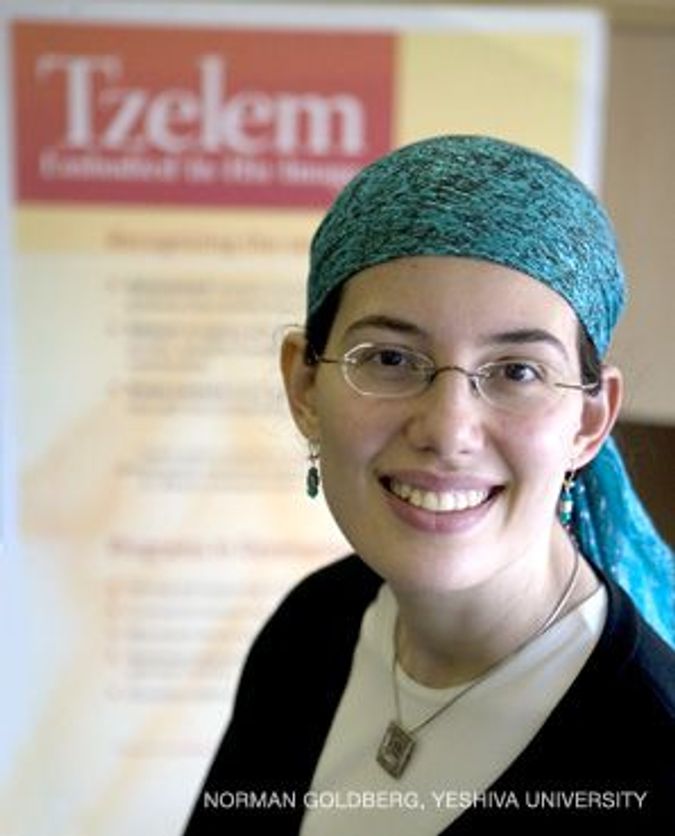 Early Intervention: Tzelem's director Jennie Rosenfeld stressed the importance of reaching students from an early age: 'We really have the potential to stop problems before they start.'

Tzelem, a special project of Yeshiva University’s Center for the Jewish Future, is currently piloting the “Life Values and Intimacy Education” curriculum at two New York-area day schools. The curriculum is designed to educate students in grades three through 12 about sexuality, intimacy, communication, interpersonal relationships and values, all within a Jewish context. Classes are being taught this year in grades six and seven at SAR Academy in the Riverdale section of the Bronx, and in grades four, five and six at Yeshivat Noam in Paramus, N.J.

According to Jennie Rosenfeld, director of Tzelem, “Life Values and Intimacy Education” is the only comprehensive curriculum in sexual education and personal values in the Orthodox world. She says there is a vital need for such a program in the community. Tzelem, which was started in 2005 by Rosenfeld and Koby Frances, provides educational resources on intimacy and relationships to the Orthodox community, where adults and children often face conflicts between the realities of life in the modern world and the laws they must uphold as Orthodox Jews. Tzelem offers a number of services, including programming for kallah teachers (women who prepare brides for marriage) and training for rabbis, who often counsel young couples.

“Sexual education in the schools is tremendously important,” Rosenfeld said. “Everything [Tzelem does] with older educators [and] with rabbis, those are all Band-Aid measures. But when you take a third or fourth grader, and you start at that young age… we really have the potential to stop problems before they start.”

The new curriculum is the brainchild of a group of concerned community educators, rabbis, lay leaders and counselors associated with the Fuchs Mizrachi School, outside Cleveland. The original text was written in 1999 by Yocheved Debow, who holds a Master of Arts in child clinical psychology, and Anna Woloski-Wruble, a nurse midwife with a doctorate in nursing education. At the time, Debow was the academic principal of the school.

“[We] had been looking for an appropriate form of health education for their school which would address issues of intimacy and sexuality from a halachic perspective, but could not find anything,” Debow said in an e-mail to the Forward.

The original document, which provided a framework for teachers to use in classrooms, drew from a number of resources, including sexual education guidelines released in 1991 by the American government. The writers then adapted those guidelines to fit the needs of Orthodox Jewish day schools. An early version of the middle-school curriculum was piloted at Fuchs Mizrachi.

Rosenfeld met Dubow several years ago at a conference, where she first learned of the curriculum. In the fall of 2006, after undergoing a number of revisions, the curriculum had a start at SAR Academy and Yeshivat Noam.

The classes examine all these subjects from a Jewish perspective. “The curriculum is coming from a really unique approach,” Rosenfeld said. “It’s sexual education, plus. It frames sexual education in the context of Halacha, of Jewish law, and of Modern Orthodoxy.”

The curriculum does not shy away from controversial issues, but according to Rosenfeld, all the material is taught at an age-appropriate level. Grade three, for example, focuses on Torah values, communication, family and body image, while grade 11 has specific classes dedicated to homosexuality and sexual abuse.

“In the younger grades, the actual sexual education plays a very small role. [They] spend a lot more time on personal development,” Rosenfeld said. “As the kids get older and are struggling with various issues, the curriculum [focuses on] the challenges the kids are facing: the challenges between the messages of their bodies as they go through puberty and the messages of the Halacha, of postponing or delaying sexual activity. The curriculum says to kids: ‘Listen, there’s a tension between what the Halacha is asking of you and what you’re going to want to do. And that tension is real.’”

The fact that Orthodox schools are teaching such sensitive subject matter begs the question of how to hold open discussions about reproductive organs and sexuality without violating rules of modesty. Officials at both schools are emphatic that the material is presented in a way that does not violate Halacha. The classes use scientific diagrams of the human reproductive systems, and only anatomically correct language is permitted.

As for the more sensitive issues, according to teachers at both schools, no subject is off limits. “There are definitely questions which we choose to address on an individual basis,” said Ali Bloom, who teaches fifth grade girls at SAR Academy. “But in general, I’ve never had inappropriate questions.”

“The goal is really to develop a healthy understanding of what it means to grow up,” added Rabbi Menachem Linzer, associate principal of SAR Academy. Linzer currently oversees the program at the school, and last year he taught the sixth grade boys.

Academy classes are taught by teachers from within the schools who are not necessarily experts in health education but receive intensive training on how to present the subject matter. According to Rosenfeld, the fact that the classes are taught by regular teachers from the schools as opposed to experts brought in from the outside world reinforces the notion to students that sexuality is a normal part of life.

Parents are invited to educational open-house nights as part of the pilot program, and they are also sent updates from the school, informing them of the topics the classes have covered and subjects that will be discussed in upcoming weeks.

According to teachers at both schools, the curriculum has been well received by parents and students.

“Parent response has been very positive,” said Rabbi Chaim Hagler, principal of Yeshivat Noam. “They certainly had some questions and hesitation, but for the most part they have been really open and saw the [program’s] benefits.”

“We’ve received numerous thank-you’s [and] tremendous positive feedback from parents,” Bloom said. “The student feedback is phenomenal. They love it. They tell me it’s their favorite class of the week. They get to discuss Torah values in an informal setting.”

Rosenfeld notes that while “Life Values and Intimacy Education” has been successful at both schools, it is still a work in progress: Tzelem is in the process of fine-tuning the course material. Plans are also under way for Yeshiva University and KTAV Publishing House to release the curriculum in book form this summer, with hopes that other schools will integrate it into their programs.