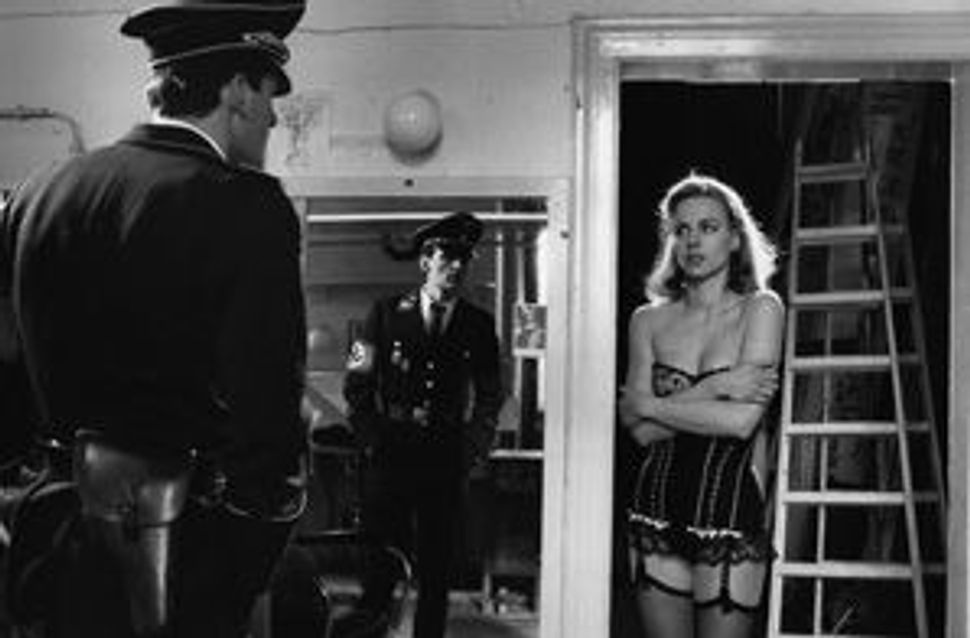 Mirroring Evil: A still from 'Welcome in Vienna,' the third and final part of Corti?s renowned ?Where To and Back? series

A man awakes one morning to discover he has become an insect — hideous, despised and hunted. The world around him looks much the same as it ever has, but he can tell by the piteous looks of those around him that he himself has changed, and can never again be who he once was. 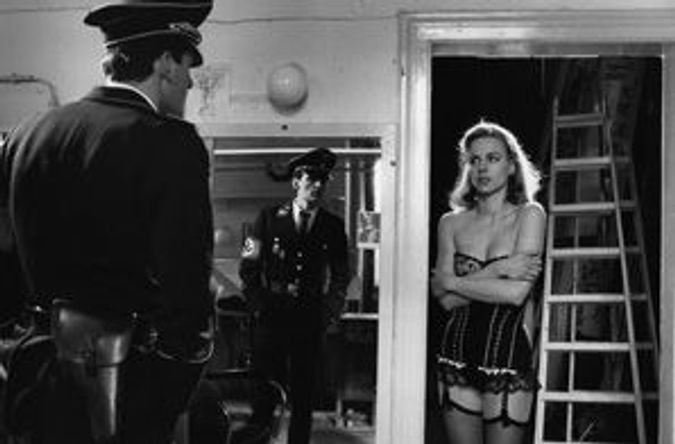 Mirroring Evil: A still from 'Welcome in Vienna,' the third and final part of Corti?s renowned ?Where To and Back? series

The first installation of Austrian director Axel Corti’s three-part “Where To and Back” series, documenting with unstinting rigor the lives of Jewish refugees, is called “God Does Not Believe In Us Anymore,” but it could just as easily be titled “The Metamorphosis.” In this real-life Jewish version of Kafka’s tale, one day the Jews of Vienna wake up to find themselves little more than bugs, meant to be stamped under the boots of Europe’s good Aryans.

Indeed, Kafka is present at every step of the way in “Where To and Back,” screening this week as part of a celebration of Corti at the New York Jewish Film Festival. Corti takes a page out of Kafka — numerous pages, in fact — intent on documenting a world in which words have lost all meaning, and life itself merely a matter of the next meal, and the next refuge. “Where To and Back” is about Jews, following them from Vienna to New York and back in their desperate quest for a place to call their own, but its message is directed with laser-like precision at Corti’s fellow countrymen. “They’ll never forgive us for what they did to us,” a cynical writer observes in the series’ second film, “Santa Fe.” The bon mot could serve as a motto for the series as a whole.

God Does Not Believe In Us Anymore” (the title speaks to the sheer pitilessness of its narrative) begins with a chaotic maelstrom ripped from “The Trial.” A man lies dead on his bed, and his landlady and friends bicker about who will pay the funeral expenses, and how to divvy up the loot. The Aryan who has stolen his father’s store tells Ferry Tobler (Johannes Silberschmidt) that he does so merely out of charity — there is no money in it for him. Joining forces with a non-Jewish former concentration camp inmate (played by future Hollywood character actor Armin Mueller-Stahl) and a Czech aid worker (Barbara Petritsch), Ferry treks across the Austrian border, through Prague, and into France in hopes of refuge. Corti’s film is laced with poisonous doses of irony. A Jew-smuggler’s young son greets his father with a jaunty “Heil Hitler!”; French authorities require refugees to renew their Nazi-issued passports; those same Frenchmen herd Jewish refugees into camps, treating them as Nazi sympathizers because they speak German. Stripped of their rights, the Jews of Austria find themselves reenacting the Christian fable of the Wandering Jew- appearing everywhere, at home nowhere. Regardless of the port of entry, the language spoken remains Kafka’s: “Simple enough. No residence permit without a working permit. No working permit without a residence permit,” a French official tells a Jewish refugee.

Corti’s refusal to sentimentalize is leavened by the film’s style, which exhibits a jauntiness that recalls no one more than Aaron Sorkin. The impoverished Jewish refugees here behave like White House speechwriters on “The West Wing” — every conversation happens on the move, with a restless camera ill-inclined to pause for even a second. Motion itself is a form of hope.

“God Does Not Believe In Us Anymore” ends ambiguously, seeming to indicate that Ferry has died, but when 1985’s “Santa Fe” begins, he is alive and well, on board a rickety transport ship bringing another load of unwanted European refugees to the United States. Ferry is soon left behind for Freddy Wolff (Gabriel Barylli), another penniless young refugee. “Santa Fe” takes place entirely in the five boroughs of New York City. The title is not factual but aspirational. Kafka is still the presiding deity here, but “The Metamorphosis” and “The Trial” have been replaced by the New World fairy tales of “Amerika.” In the film, the city of Santa Fe, Freddy’s intended final destination, is a descendant of Kafka’s Nature Theater of Oklahoma — a vision of escape from European horror into an imaginary America. English is heard only occasionally and imperfectly here, and “America” is more stage set of the mind than real place.

“Santa Fe” is set against the backdrop of a papier-mâché New York, whose only inhabitants appear to be German-speaking refugees and African-Americans. Freddy and his fellow countrymen speak a blend of German and pidgin English they refer to as Immigranto, or Immigrunting, and scratch out a living in sweatshops and barren delicatessens while dreaming of a home that no longer is. This film is a snapshot of refugees granted shelter from the storm, but Corti has slowed down the action, replacing the continuous tracking shot of “God Does Not Believe” with a more contemplative style. As a result, “Santa Fe,” infinitely less horrific than its predecessor, is more downbeat, if not as rich in humanity.

Bowed but unbroken, the immigrant returns to Austria in the final film in the series, 1986’s “Welcome in Vienna.” Freddy, now an American soldier, returns to his hometown, and finds everything but the promised welcome. The world has been turned upside down, but Freddy’s Vienna of 1945 is not much different from Ferry’s in 1938. A neighbor greets him derisively: “Nice of you to have thoughts of us,” she spits at him. His former neighbors thrust papers at him indicating that his mother sold them the family pharmacy before she died. Corrosive self-pity indelibly mars the Viennese; having lived through a terrible war fought because of the Jews, they now seek profit and vindication from those few Jews that remain. Freddy and his fellow soldier Adler both seek a better life in Vienna, but their hopes are illusory; Adler dreams of Communist utopia, and Freddy of European warmth, but each finds Vienna a city of hard-eyed survivors.

“Moscow does not believe in tears,” a Communist operative warns the dreamy Adler, and as it turns out, neither does Vienna. Freddy takes solace in the arms of the comely aspiring actress Claudia (Claudia Messner), but she offers him little beyond her body, and a string of false endearments. Dense with romance and intrigue, “Welcome in Vienna” is like an Austrian “Casablanca” — Claudia even sings “As Time Goes By” onstage — but with the war over, any noble aspirations for a better world have evaporated with it, leaving only the adaptable, the hard, and the empty to flourish. Freddy’s “Welcome in Vienna” is not much welcome at all, and the film’s ambiguous ending (predicated, like the previous two films, on a freeze frame) offers cold comfort to audiences as well. Corti is not interested in our tears; paying witness to the brutal truths of 20th century history is enough.

Saul Austerlitz is a regular contributor to The Forward.

Schedule this week for the New York Jewish Film Festival.

followed by
Quest for the Missing Piece

8:30 pm
Jerusalem is Proud to Present

3:30 pm
Jerusalem is Proud to Present

For more information on the festival, please visit www.thejewishmuseum.org