The Cartoons That Disappeared 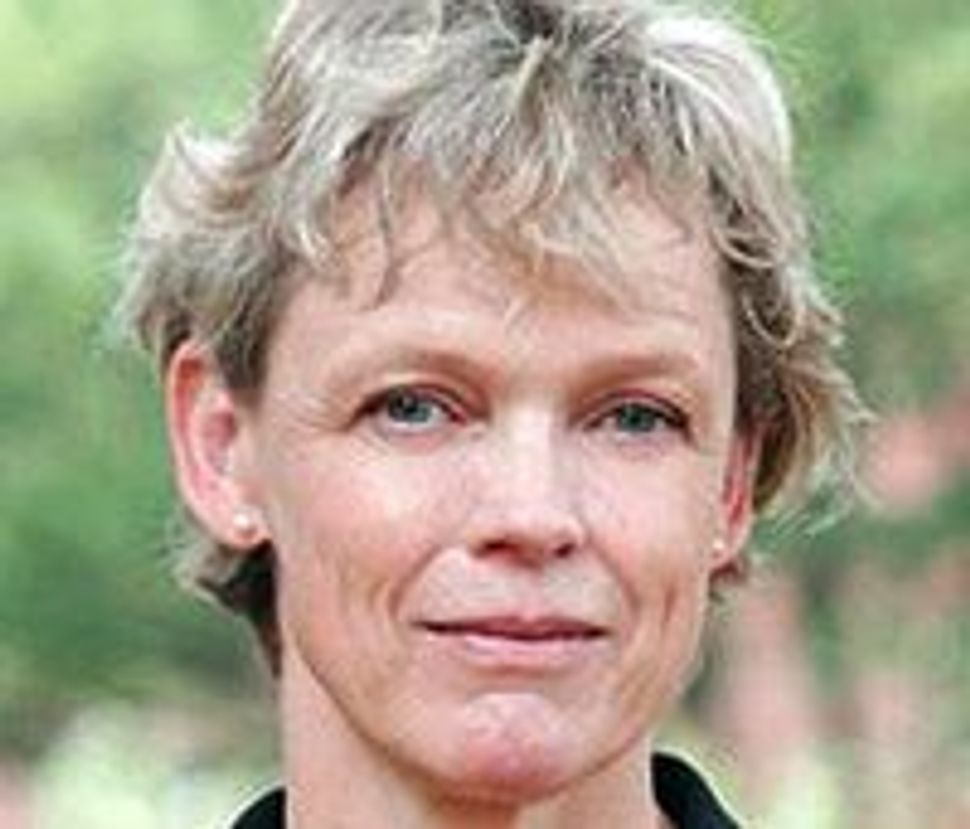 The Cartoons That Shook the World
By Jytte Klausen
Yale University Press, 240 pages, $35.00 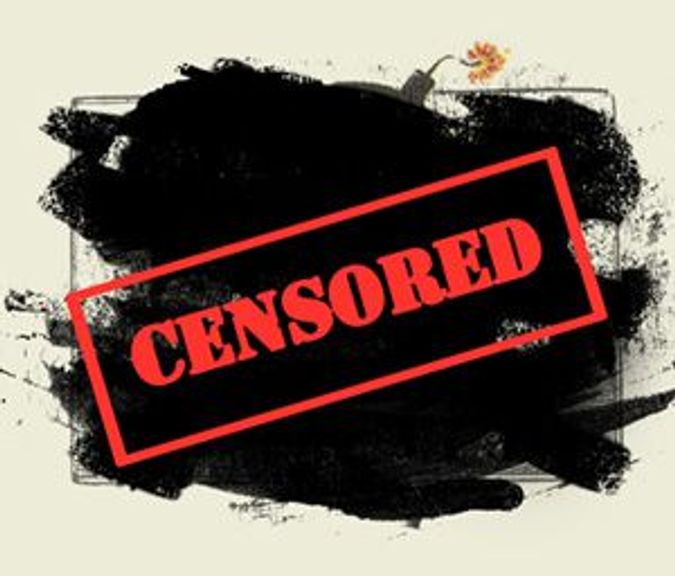 The Cartoons: For an explanation of why The Forward declined to reproduce the Jyllands-Posten cartoons, please click here. Image by FORWARD MONTAGE

‘What are you reading?” my 8-year-old daughter asked me as I sat with Jytte Klausen’s “The Cartoons That Shook the World,” on my lap. “A book about cartoons,” I said. She looked at me, puzzled, and asked: “Where are the cartoons? What a strange book.”

Strange, indeed. Even before it was published, Klausen’s history and analysis of the Danish cartoon crisis was big news because, in its wisdom, Yale University Press had decided that the cartoons in question, the primary documents on which the book rests, were too inflammatory to include.

In its desire to err on the side of caution, YUP has caused irreparable harm not only to the text itself, but also to academic discourse as a whole. In its “Publisher’s Statement,” YUP claims that it is “an institution deeply committed to free speech.” But that depth is apparently not too profound. If the editors were too frightened to publish the book, they should have passed on it. As for the author, Klausen claims on her Web site that she wanted the cartoons included. But if that were true, she would have been wise to have given YUP the boot and to have taken her book to a publisher that has some backbone and academic integrity.

In lieu of actually showing the images, Klausen provides prose descriptions of the cartoons that are decent enough, but simply don’t do them justice. That the book doesn’t include images of its very topic is, quite simply, ridiculous, and even she admitted in an interview last year that this presents a “significant loss to the reader.” Yet perhaps part of the reason she so easily jettisoned the images may have something to do with the fact that she is less interested in the cartoons themselves than in the events surrounding them. Understandable, perhaps, but problematic, because the reader is never informed of the roles of cartoons or images in either the Danish or various Islamic societies in which reactions took place. It’s a component of the story that the book completely ignores. 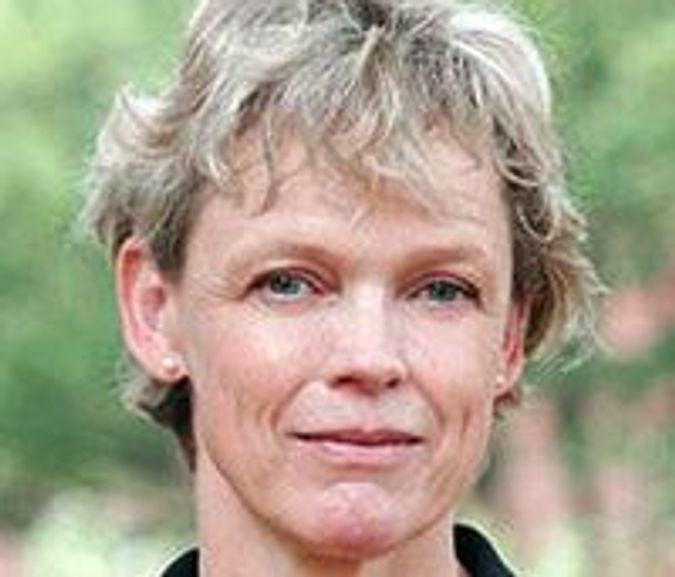 Moreover, her own brief analysis of the cartoons in question is somewhat lacking. In one example, she describes one of the images of the Prophet Muhammed as having a “Semitic nose.” “Semitic,” as she herself notes, is a language group, not a category for nasal classification, unless you’re an adherent of the 19th-century pseudoscience of nasology.

One would also think that a professor at Brandeis University would have some familiarity with the origin and meaning of “antisemitism,” a term popularized by German journalist Wilhelm Marr, to racialize Jews and to create a “scientific” basis on which to hate them. But instead, she claims that because “the root of the word designates people who speak Semitic languages and includes both Arabs and Jews,” the term can be used for both peoples. That’s a thoughtful way to try and find some sort of common ground between the two, but it’s a complete misreading of the history and nature of this term.

In another odd digression, Klausen compares the cartoon crisis to the Dreyfus Affair, arguing that Muslims are victims of a latent European Islamophobia, just as the Dreyfus Affair brought out antisemitic sentiment in France. This analogy makes little sense, but its presence serves as an attempt to try to equate 19th-century attitudes toward Jews with 21st-century attitudes toward Muslims. It doesn’t work very well. What does succeed is a comparison of the cartoon crisis with the Rushdie Affair, its terribly obvious predecessor. Why she spends only two paragraphs on that is somewhat of a mystery.

Though the book has its flaws, “The Cartoons That Shook the World” does have some merit in that it provides valuable insights into the perceptions and misperceptions of the various players that helped create this cultural debacle. Klausen’s chronicle of events and access to some of the major figures involved help to round out what is an ongoing affair.

The cartoon crisis began in September 2005, when the nominally conservative Jyllands Posten Danish newspaper published 12 cartoons that featured the Muslim Prophet Muhammed as their mark, a provocative ploy meant to counter the news that a biographer of the Prophet Muhammed could not find an illustrator out of fear of fundamentalist retribution. After a few initial, small protests, the episode seemed to have fizzled, but the following February, the Muslim world exploded in protest, violent and non. What happened during the five-month incubation period between publication and explosion forms the most compelling portion of Klausen’s book.

What is valuable about Klausen’s book is the way in which the author tracks how a local dispute went global on a grand scale. It is little known, for example, that the affair was heavily instigated by the Egyptians. Why? In the words of one Egyptian diplomat, “Who cares about the Danes.” In an attempt to take the lead against the West in dealing with Islamists’ delusion that “the West is out to get them,” governments of various Islamic countries decided to allow their peoples to direct their anger at the Danes. Who suffered? Danish dairy farmers, Lego distributors and, obviously, the dozens of people killed and injured in the protests throughout the Islamic world. Pyrrhic victories continue to be a popular item in the Arab and Islamic worlds.

But the realities that Klausen exposes are that it’s not just cartoons, but also a wide array of forces ranging from diplomatic issues, business interests, satellite television, Friday sermons, nationalism, immigrant intolerance and inflated egos, among many others things, all conspiring to foment violence in the name of some rude drawings.

To many Westerners, the cartoon crisis seems like a wild overreaction to an obnoxious but ultimately innocuous set of cartoons. Regardless, its repercussions continue to abound. Certain Islamic countries, for example, have been working to pass anti-blasphemy resolutions in the United Nations. Upping the ante, the Organization of Islamic States wants to enshrine anti-blasphemy laws in the U.N. convention, making them enforceable. Last October, Pakistan requested “legal prohibition of publication of material that negatively stereotypes, insults or uses offensive language” on matters regarded by religious followers as “sacred or inherent to their dignity as human beings.” Those are pretty broad reasons to put the cuffs on someone. To progressive democracies, this development should be extremely disturbing.

In December, the Vatican copyrighted the name and image of the pope. An attempt to control perceived blasphemies, this unprecedented step is a result of this whole sordid affair. “Pope on a Rope” may soon become a collector’s item. Also in December, the highly respected British journal Index on Censorship published an interview with Klausen in which the paper refused to publish the cartoons in question. When an organization that calls itself “Britain’s leading organisation promoting freedom of expression” censors itself, you know you’ve got a problem. Even Klausen said she was “flabbergasted” by this failure.

The ball continues to roll: Ireland enacted a blasphemy law January 1, the results of which we’ve yet to see. The first day of this year also saw the attempted murder of Kurt Westergaard, the Danish cartoonist who drew what is considered to be the most offensive of the original 12, by a Somali Islamist. Ultra-violence as a critical response to art has been with us since the Rushdie Affair: A demand that artists and scholars muzzle themselves does not seem to be the appropriate answer.

In the end, self-censorship under the threat of Islamist violence has become an international problem, the victim of which is modern, liberal society. Events ranging from art exhibits to operas have been canceled based on this fear. Who knows what someone will decide not to write next? The soft society crafted by the baby-boomer generation dictates that hurt feelings and any potential responses they receive apparently take precedence over freedom of speech. We are in deep trouble when university presses and organizations dedicated to free speech censor themselves in order not to offend or provoke. The hypocrisy is absolutely jaw-dropping.

The Cartoons That Disappeared