Failing in the Golden Land 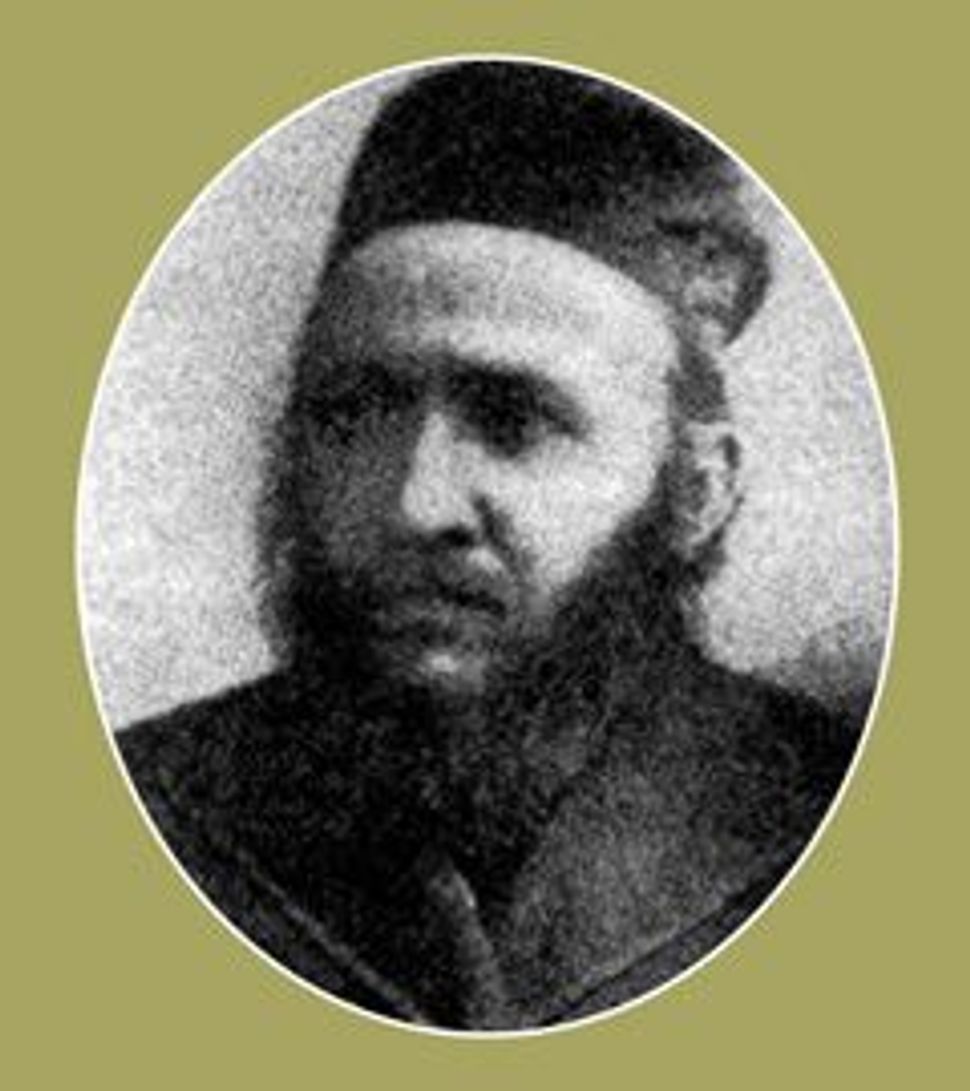 Of Fuzzy Fame: History and America were not kind to Rabbi Jacob Joseph. Image by STEVENS INSTITUTE OF TECHNOLOGY

Recently, Philadelphia’s National Museum of American Jewish History announced the creation of a Jewish Hall of Fame, inviting nominations from the public at large. Not surprisingly, those who received the nod and will eventually inhabit this hallowed roster of notables consist of the usual suspects: Irving Berlin and Barbra Streisand, Louis Brandeis and Albert Einstein. There’s not a clunker among them. Drawn from the arts and the business world, from the groves of academe and the halls of power, they’re all glaring successes, proof positive of the unbridled bounty and promise of America. 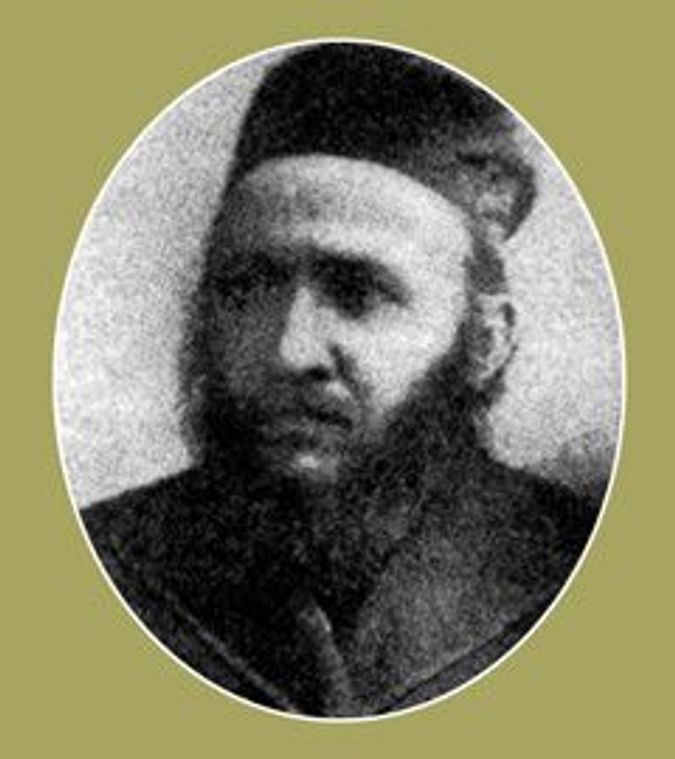 Of Fuzzy Fame: History and America were not kind to Rabbi Jacob Joseph. Image by STEVENS INSTITUTE OF TECHNOLOGY

But what would happen, I wonder, if the Hall of Fame made room for those Jews whose lives did not pan out quite so neatly, those whose experiences in America were characterized more by diminished expectations than by fulfillment? What would happen if, say, the story of Rabbi Jacob Joseph took pride of place in the museum’s parade of notable American Jews? What might that tell us about the limits and constraints of freedom?

A loyal son of Vilna, and a master Talmudist, Joseph was imported to the United States in 1888 by the self-styled Association of Hebrew Orthodox Congregations to serve as chief rabbi of America, a position created just for him. Wooing the illui (prodigy) to the United States with the proposition that he would be able to effect nothing short of a religious revolution in the lives of his co-religionists, and bring order to the kosher meat business — then, as now, in a state of disarray — his proponents made him an offer he could not refuse.

Initially, all went well with the newly appointed chief rabbi and his champions. Thousands greeted him at the Hoboken, N.J., pier when he first arrived, escorting him to his new home on Manhattan’s Lower East Side with great fanfare. They also flocked, in droves, to the rabbi’s inaugural address. So many wanted to look upon him, to hear his drasha (sermon) and to claim him as their own that tickets had to be distributed in advance. Fifteen hundred men squeezed into the sanctuary of Beis Hamedrash Hagadol, on Norfolk Street, which had room for only 1,000. Outside its precincts, hundreds more stood on the street, eager for a glimpse or, better yet, a vort, from the newest member of the community.

Their enthusiasm gives the lie to the widespread notion that immigrant Jews to the United States were quick to retire their religion as soon as they could. At the same time, their enthusiasm for this soft-spoken, mild-tempered and modest man of faith also attests to the community’s newfound sense of self. “The people of the East Side,” related the Commercial Advertiser, at the time a popular New York City newspaper, “are quick to pick up American ideas, and one of the first things they learn is to reach out for everything that’s the ‘biggest in the world.’” Jacob Joseph, their newest acquisition, was no exception. Boasting of having the “greatest Yiddish wedding bands, the greatest synagogue singers, the greatest Yiddish actors… they congratulated themselves” on now having the greatest rabbi in all of America.

It didn’t take long at all before boosterism gave way to grumbling. No sooner had the rabbi finished his inaugural speech than his critics burst into full-throttled song. His voice did not carry, some remarked disapprovingly, while others took exception to the content of his remarks, dismissing them out of hand as an expression of the loose-jointed, rambling Litvak-inflected discourse fancied by the Old World but ill-suited to the new; “too green,” it was said, by which they meant his talk was much too old-fashioned. He hurt our ears, a third contingent of critics related forcefully, if elliptically.

Were that not enough to tarnish Joseph’s reputation, he soon became embroiled in the contentious arena of kashrut supervision. Taking his cue from the Old World, where such matters were regulated and centralized by the Jewish community, he sought to establish order by having everyone, from the ritual slaughterers to the retailers, directly report to him. To pay for this arrangement, a penny-a-pound surcharge was levied on every kosher chicken, whose legs now bore a lead seal, or plumbe, attesting to the fact that this bird was under the chief rabbi’s supervision. But this scheme did not go over well at all. Kosher-keeping consumers resisted having to pay a bit more, while ritual slaughterers resisted having to answer to a higher authority, as did those rabbis, Joseph’s erstwhile colleagues, whose tenure in the New World predated his.

Within a few short years, what had begun as a noble experiment, a high-water mark in the history of American Jewry, deteriorated rapidly into a holy mess, a black spot on the community’s reputation, forcing the chief rabbi to throw up his hands in despair and to retreat from the public spotlight. In mounting desperation, he sought to pepper his Yiddish with popular English phrases and to adopt a more characteristically American, breezy style of speechmaking — all to no avail. People simply stopped coming to hear him speak; he, in turn, stopped speaking in public.

Compounding matters was Joseph’s inability to unify New York’s Jews. Time and again, he sought to bring the powers of his office to bear on the competing, dueling segments of the community and to mediate among them — once again, to no avail. Being more of a contemplative scholar than a wheeler-dealer, he failed at that, too. And if his inability to adjust to America, or its inability to adjust to him, weren’t a cruel enough fate, the would-be chief rabbi subsequently suffered a series of debilitating strokes and in 1902 died a broken man.

In the wake of his demise, residents of the Lower East Side fell all over themselves in praise of their chief rabbi, flooding both the press and the street with expressions of grief at his departure from the scene. An exercise in collective atonement, a mea culpa of colossal proportions, a “sigh of sorrow and of something akin to remorse went up from the Ghetto,” observed Abraham Cahan, whose eulogy of Joseph in the pages of the American Monthly Review of Reviews contains one of the most moving and astute analyses of what went awry. “Rabbi Joseph was the same, but his listeners had changed,” he wrote. “Although many of them still clung to the essentials of their faith, they had learned to wear short coats and to dispense with their sidelocks, or even to shave their beards. They had fallen into the way of going to the theater and reading newspapers; they had attended public evening schools and picked up a thousand and one of the little things which go to make up modern civilization, and without which life now did not seem to them worth living. Rabbi Jacob Joseph,” Cahan concluded sadly, “remained the man of the third century he had been brought up to be, while his fellow country people, whom he came here to lead, were in hourly contact with the culture of the 19th century.” In the end, the “celebrated Talmudist died here like a flower transplanted to uncongenial soil.”

Failing in the Golden Land