The Return of Eduard and Fanni 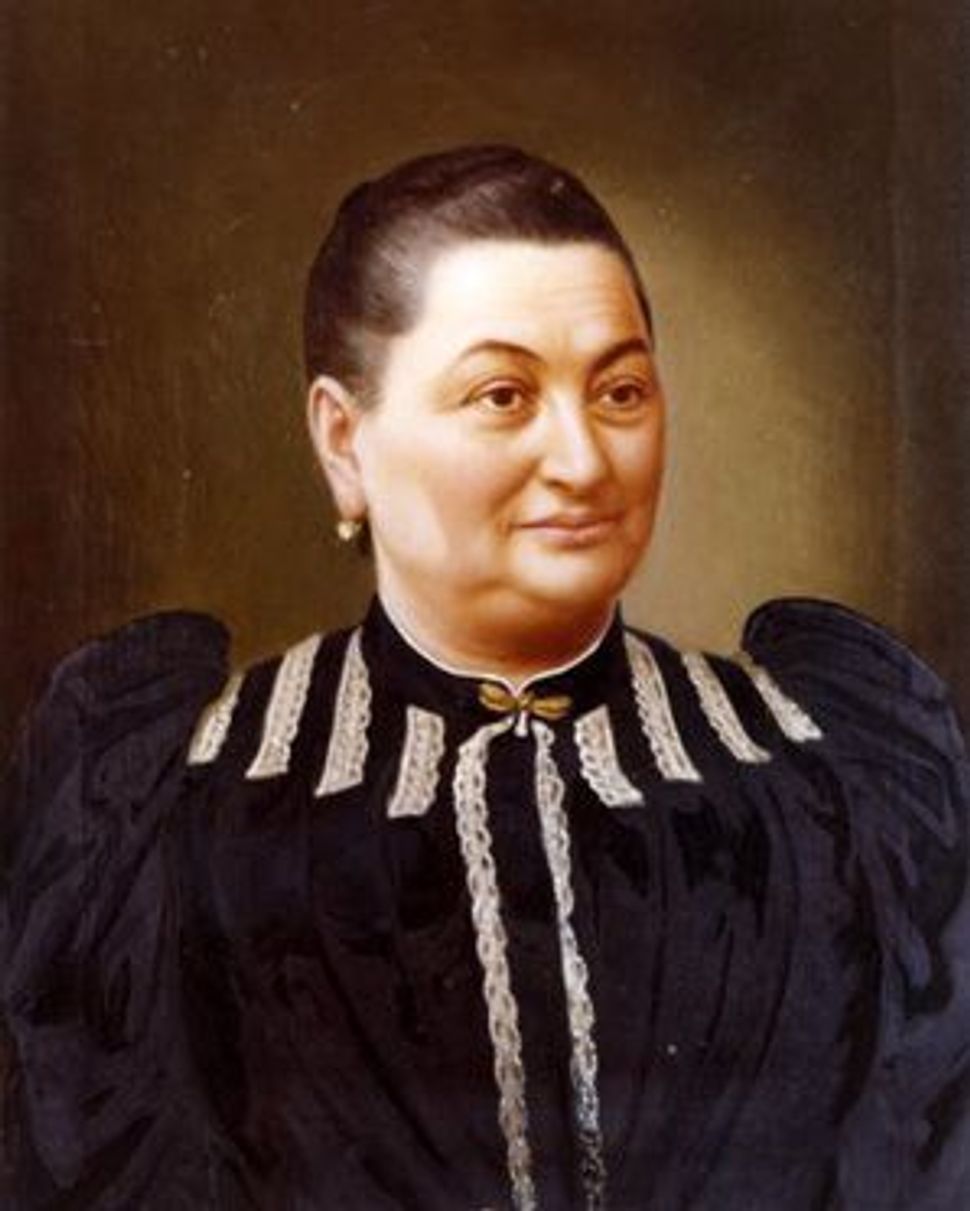 Much has been written about efforts to reclaim art looted from Jewish families during the Holocaust. Many of these stories involve valuable works by such well-known artists as Gustav Klimt, Camille Pissarro and Egon Schiele. But this is a Holocaust art story of a different stripe. The paintings in question have little commercial value, but to my family and me, they are priceless. 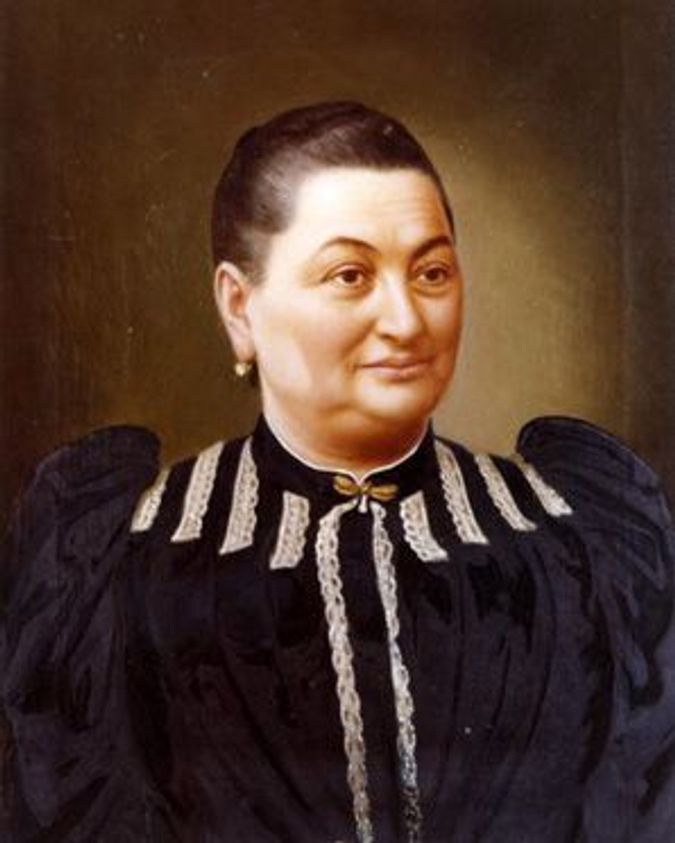 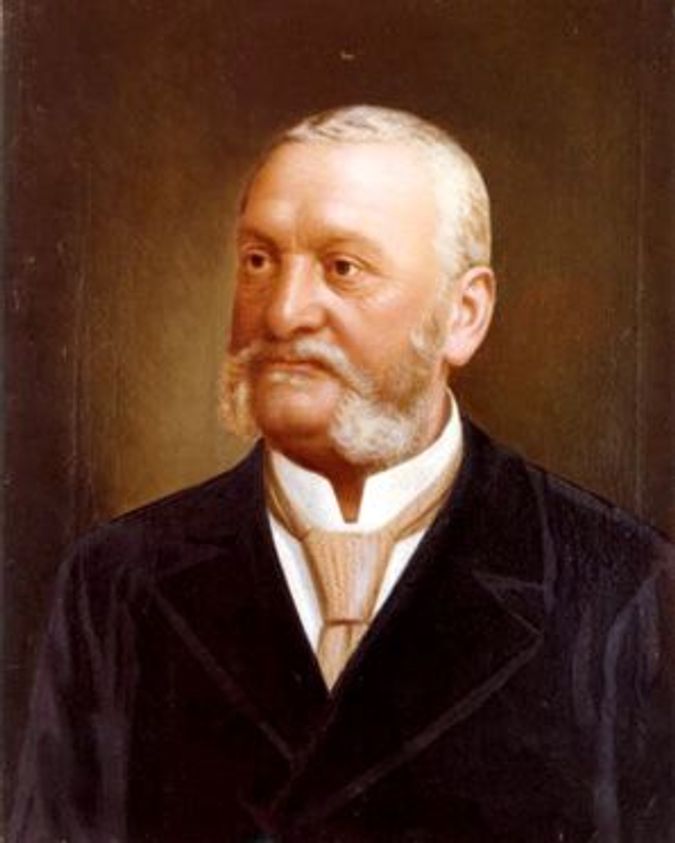 Family Album: The writer first learned of the existence of the paintings, which depict his great-grandparents, during a trip to his father's hometown in 1979.

The story — or at least my part of it — begins in 1979, when I visited my father’s hometown in Bavaria for the first time. My father had immigrated to the United States in 1937, at the age of 30, to escape the wave of antisemitism sweeping across Nazi Germany. My grandfather Otto, a prosperous industrialist, and other family members were not so fortunate. They were among those killed in Nazi concentration camps.

My father rarely spoke about his life in Germany before the war. Much of what I knew or imagined about his early years was drawn from an album of old photographs he brought with him. When he died in 1976, I decided to go to Weiden and see for myself. As I was searching for my grandfather’s old house, an elegant stone villa pictured in my father’s photo album, I stumbled onto the office of the local newspaper and went in to ask for directions. Before I knew it, I was being interviewed by one of the editors, a woman named Inge Roegner, who was curious to know what had brought a young American to her small city.

As I was speaking to her another editor began pointing excitedly at a copy of that morning’s newspaper. There, on the front page — in what can be described only as an uncanny coincidence — was an article about the glass factory my grandfather had once owned, which was about to go out of business. The article noted that the factory had been one of the most important industries in the city, and that the Kupfer family had played a major role in the history of glassmaking in Bavaria.

The following morning, an article about my visit appeared in the newspaper, and for the next several days I was thrust into a whirlwind of activity as people who had read the article sought to meet the grandson of a once-prominent member of their community. I was invited to the Rathaus, or City Hall, to meet the mayor. I was welcomed into the homes of former business associates and employees of my grandfather. I was even invited to attend the final meeting of the glass factory’s board of directors. I also met the city archivist, who solved the mystery surrounding my grandfather’s house: After my grandfather was evicted, in June 1939, the Nazis occupied the villa and turned it into their headquarters. The house was later destroyed in an Allied bombing attack.

The two days I had planned to spend in Weiden turned into five, as one encounter followed another. But the most surprising development didn’t occur until several months after I had returned, when I received a letter from a woman named Emma Fischer. She explained that she had been a housekeeper in my grandfather’s home and that, before he was arrested, my grandfather had entrusted her with a pair of oil paintings: portraits of his parents, Eduard and Fanni Kupfer. She had kept the paintings — carefully packed in layers of cotton wool and cloth — all these years, hoping to return them one day to a member of my family.

Unfortunately, I wasn’t able to return to Weiden for several years. By then, Fischer had died and the paintings had been inherited by her niece, Resi Stelzl. When I went to see Stelzl, she demanded 10,000 Deutschmarks (about $6,000) in exchange for the paintings. I refused. A number of community leaders, including the head of the Catholic Church and the mayor himself, appealed to Stelzl to return the paintings, but she wouldn’t budge.

In 1988, I returned to Weiden for a third time, to attend a program in honor of former Jewish residents. It was a moving experience to meet these former friends and neighbors of my father’s family who were now scattered around the globe. But I made no progress in recovering the lost paintings. Stelzl had dropped out of sight, and no one seemed to know where she — or the pictures — had gone.

As the years passed, I all but gave up hope of recovering the portraits. In the summer of 2006, however, while visiting Munich with my elderly cousin Erich Kupfer, I decided to call my old friend Inge Roegner. Not surprisingly, the conversation soon turned to the subject of the paintings, and Inge promised to renew her efforts to find them. Several weeks later, I received an e-mail from her with some promising news: Resi Stelzl had died many years earlier, and the paintings were now in the possession of her son Heinrich, a local banker. “Every day he and his family are admiring the paintings of Mr. and Mrs. Kupfer,” Inge wrote.

My cousin Paul Sinclair, who lives in England and is fluent in German, wrote a letter to Heinrich Stelzl, asking him to return the paintings. Two weeks later, Paul received a startling response from Stelzl’s wife, Angela. Heinrich Stelzl had been killed in a motor scooter accident only 10 days earlier. There was, however, a silver lining to the tragic news. “With a very heavy heart,Angela Stelzl wrote, she would turn over the paintings.

This past June, I met Paul and another cousin in Weiden. As we drove to Stelzl’s home, chills raced up and down my spine. It was hard to believe that nearly 30 years after I first learned about the existence of the paintings, nearly 70 years after my grandfather had been forced to give them up — and exactly 100 years after my great-grandfather’s death in 1907 — Eduard and Fanni’s portraits would finally be reunited with the couple’s family.

Angela Stelzl, a stout woman with close-cropped gray hair, greeted us cordially and led us into the house. The paintings were hanging above the sofa, commanding the attention of anyone entering the room. Eduard, sporting a neatly trimmed gray beard and dressed in a dark velvet jacket with wide lapels, a high-collared white shirt and a gold tie, looked every bit the captain of industry that he was. Fanni, who wore a ruffled black silk dress, appeared equally imposing. Considering all they had been through, the paintings were in surprisingly good condition. The Stelzls had had them restored and set in handsome gold frames.

We thanked Frau Stelzl for the care that she and her family had given the paintings. Then we drove to Inge’s house to celebrate — a celebration 30 years in the making — and drank a toast to Eduard and Fanni.

Peter Kupfer is a former editor at The San Francisco Chronicle. He now works as a freelance writer and editor.

The Return of Eduard and Fanni