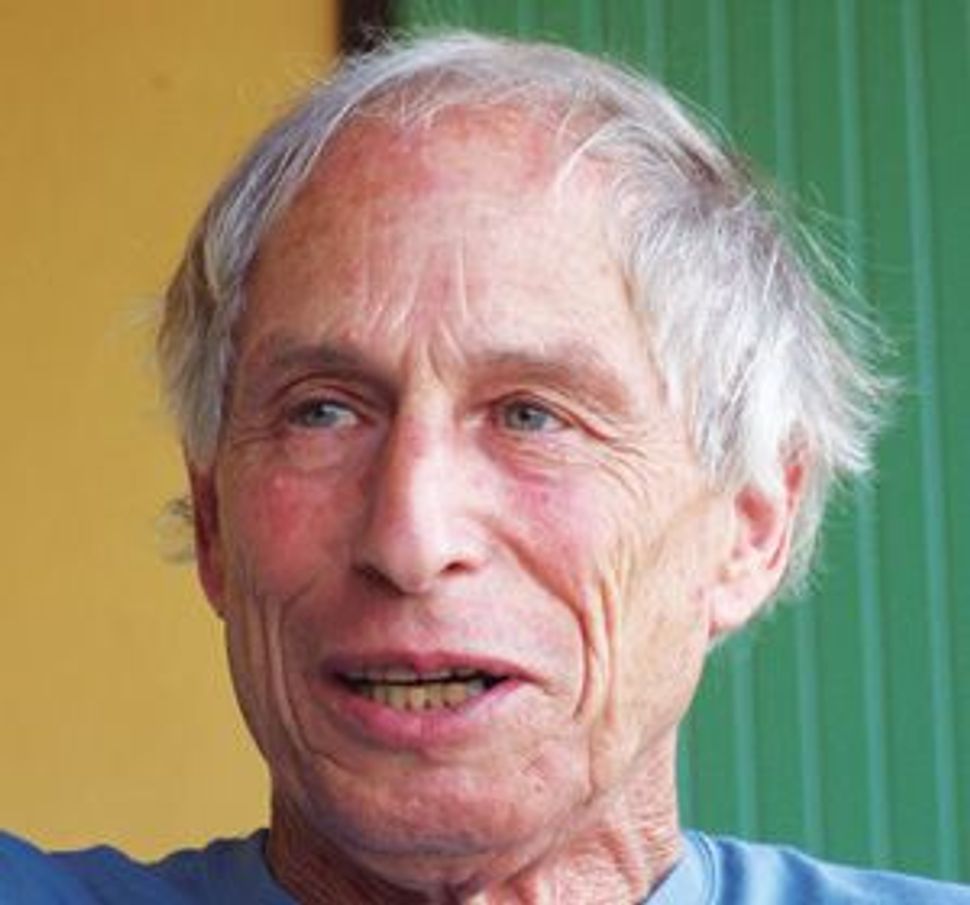 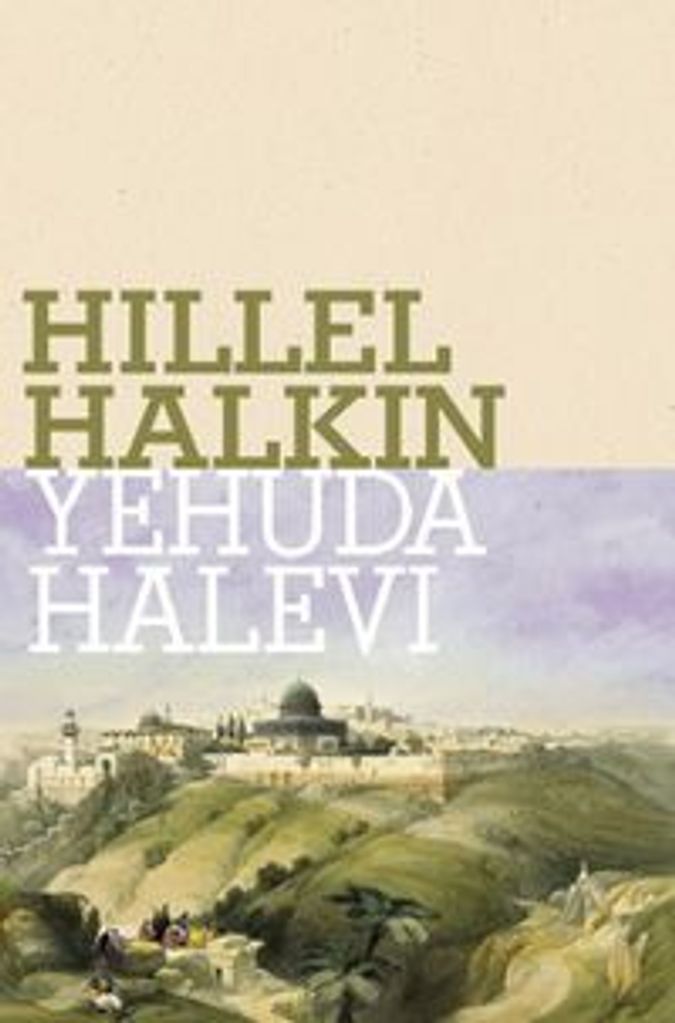 The medieval poet Yehuda Halevi was a man consumed by yearnings, for women, for love, for the divine. All these found expression in Halevi’s prose and poetry. But perhaps none plagued the poet so much as his longing for Israel, a desire that would remain unsatisfied until the very end of a life filled with extraordinary accomplishments — as a philosopher, doctor, communal leader and, arguably, the greatest Jewish poet of medieval Spain — when he finally set out for Palestine.

As Hillel Halkin writes in his masterly literary biography “Yehuda Halevi,” the poet “knew that there was always only one right word, and that, in the perfectly mono-rhymed Hispano-Hebrew poem, the same rhyme was never repeated, so that, as line followed line, fewer rhymes were available until a poem’s last line and last possible rhyme were reached together.” And, as Halevi “approached the end of the poem he had decided to make of his own life, it was clear what that had to be.”

It’s not coincidental that Halkin is the author of this newest addition to the Schocken/Nextbook Jewish Encounters Series, whose earlier titles include works on Spinoza and Rashi. An American Jew who, 40 years ago, chose to move to Israel, Halkin sees Halevi — a medieval Andalusian Jew who chose to live out the end of his life in the desert wasteland that was Palestine — as a personal hero. Indeed, as Halkin points out: “It is one of the measures of literary greatness that we see ourselves in it. The good reader reads with his whole mind; the best reader with his whole life.” 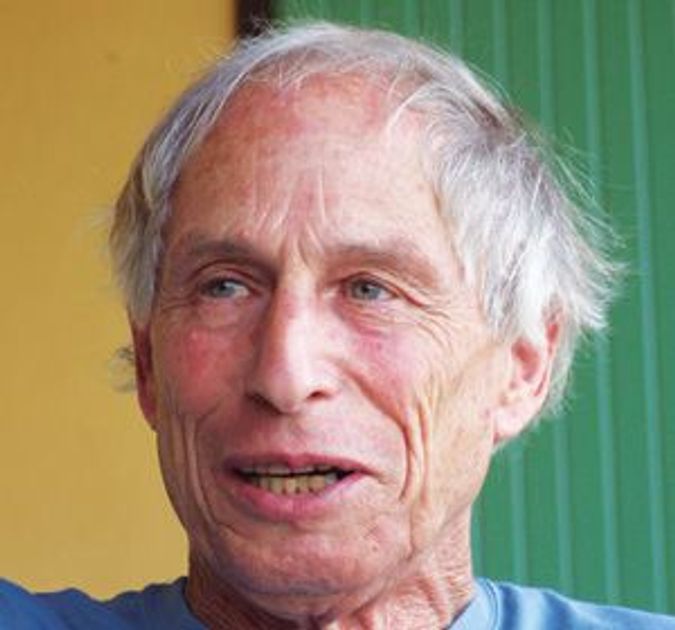 Halkin, it’s clear, is a reader of the latter sort, even if, as he points out, it is Halevi who “brings out the best” in the reader. Though no longer a primitive backwater, Israel is often regarded as a difficult place to live. Like Halevi before him, Halkin writes, “I chose life in the Land of Israel because it was mine.”

If Halkin’s book suffers from one flaw, it may be a lack of objectivity. This is because the writer is so overtly enamored of his subject, and because he chooses a self-referential frame — the longing for Israel, and the belief that only there can one live Jewishly with integrity — through which to explore the enigmatic Halevi. Indeed, this is less an academic study than an ode to Halevi, whom Halkin calls a “proto-Zionist.” And yet, it is precisely Halkin’s admiration of the poet that makes his subject come so fully to life.

Halkin’s is a thoroughly researched, carefully rendered biography that evokes the vanished world of golden age Spanish Jewry. Drawing on a wealth of knowledge and on his own imagination, Halkin recreates a distant past. In it, members of upper-class Andalusian society engage in poetry competitions — whether by solving poetic riddles or composing responses in imitative verse — and partake in all-night parties that involve the consumption of vast quantities of wine.

Jewish poets of the era wrote Hebrew verse that borrowed heavily from the surrounding Arabic culture and literary style, addressing a wide range of themes. One of this book’s great assets is Halkin’s original translations of Halevi’s verse. While it includes a generous sampling of Halevi’s poetry, from love poems to liturgical verse, the book is heavily weighted toward those poems expressing a yearning for Israel, and others that he wrote while en route to Palestine. Among the most well known is “My Heart Is in the East.” In Halkin’s admittedly “fairly free” translation, it reads:

My heart in the East
But the rest of me far in the West —
How can I savor this life, even taste what I eat?
How, in the chains of the Moor,
Zion bound to the Cross,
Can I do what I’ve vowed to and must?
Yet gladly I’d leave
All the best of grand Spain
For one glimpse of Jerusalem’s dust

For Halkin, this poem encapsulates the proto-Zionist Halevi, a Jew in Muslim and Christian Europe torn between the comforts of fame in “grand Spain” versus “Jerusalem’s dust.” It’s the poem of “a man tensing his muscles to jump and to take Jewish history with him.”

In so doing, Halevi was putting into practice what he had preached in his famous philosophical work, the Kuzari. Written as a dialogue between the king of the Khazars — a gentile king seeking the correct spiritual path — and a rabbi, the Kuzari presents Judaism as the superior religion, and defends that opinion against attacks by non-Jewish philosophers and religious thinkers. True, the rabbi admits, the “despised faith” is at a low point, but it’s what holds together mankind; the Jewish people, he insists, is the “heart of humanity,” even if it is a sick heart. From here the conversation turns to the Land of Israel, which, the rabbi explains, is to other countries as the Jews are to other nations. He proceeds to cite the land’s many virtues, but the king interjects and criticizes the rabbi for remaining outside Israel, in light of all he has said. The rabbi takes the king’s words to heart, and as the Kuzari draws to a close, he informs the king of his decision to move to the Land of Israel.

Just as the king tries to convince the rabbi not to set out for Palestine, many sought to dissuade Halevi from undertaking the perilous journey to a distant and primitive land. But Halevi, by now close to 70, would not be deterred.

On board the ship that would take him to Egypt from Spain, Halevi was especially prolific. The poems he wrote while at sea are among his finest, and they capture the fragility and vulnerability one feels on encountering so directly forces of nature:

Has a new Flood drowned the land
And left no patch of dry ground,
Neither bird, beast, nor man?
Has nothing remained?
A strip of bare sand
Would be balm for the mind;
The dreariest plain,
A pleasure to scan
But all that is seen
Is a ship and the span
Of the sea and the sky, and Leviathan
As he churns up the brine,
Which grips the ship as the hand
Of a thief grips his find.
Let it foam! My heart bounds
As I near the Lord’s shrine.

Once in Egypt, Halevi was delayed for various reasons, including his own inner doubt. Here, too, Halkin surmises, new acquaintances would have advised Halevi against continuing to Palestine, and it took nearly another year before he finally set sail for Israel. While in Egypt, Halevi wrote prolifically. Perhaps he knew that these would be his final poems. In one, Halevi argues against those who seek to dissuade him from leaving by convincing him that Egypt, too, is a land rich with Jewish history and prophecy:

God’s presence here [in Egypt]
Was like a traveler’s,
Resting in the shade beneath a tree.
In Zion, it’s at home and dwells
Grandly, as all Scripture tells.

But this is a literary biography, not a collection of poems in translation. What happened to Halevi after his ship departed for Palestine remains unknown to this day, although it’s clear that he died within six months of leaving Egypt. Legends and scholarly hypotheses abound, none of them verifiable. According to one story, Halevi arrived at the Land of Israel and, on “reaching the gates of Jerusalem, he rent his clothes, trod the earth with bare feet… and recited his lament ‘Zion Do You Wonder.’” At which point an “Arab horseman stricken with envy of his religious passion charged at him and trampled him to death.”

This story had romantic appeal, Halkin writes, because “it describes, if not how Halevi had died, how he should have died: within sight of Jerusalem, murmuring the greatest of his songs of Zion, his mouth in the dirt he had dreamed would taste like honey.” This is Halkin’s reading of Halevi. But perhaps we are best left with an open ending for this poet of desire.

Shoshana Olidort is a freelance writer living in New York.