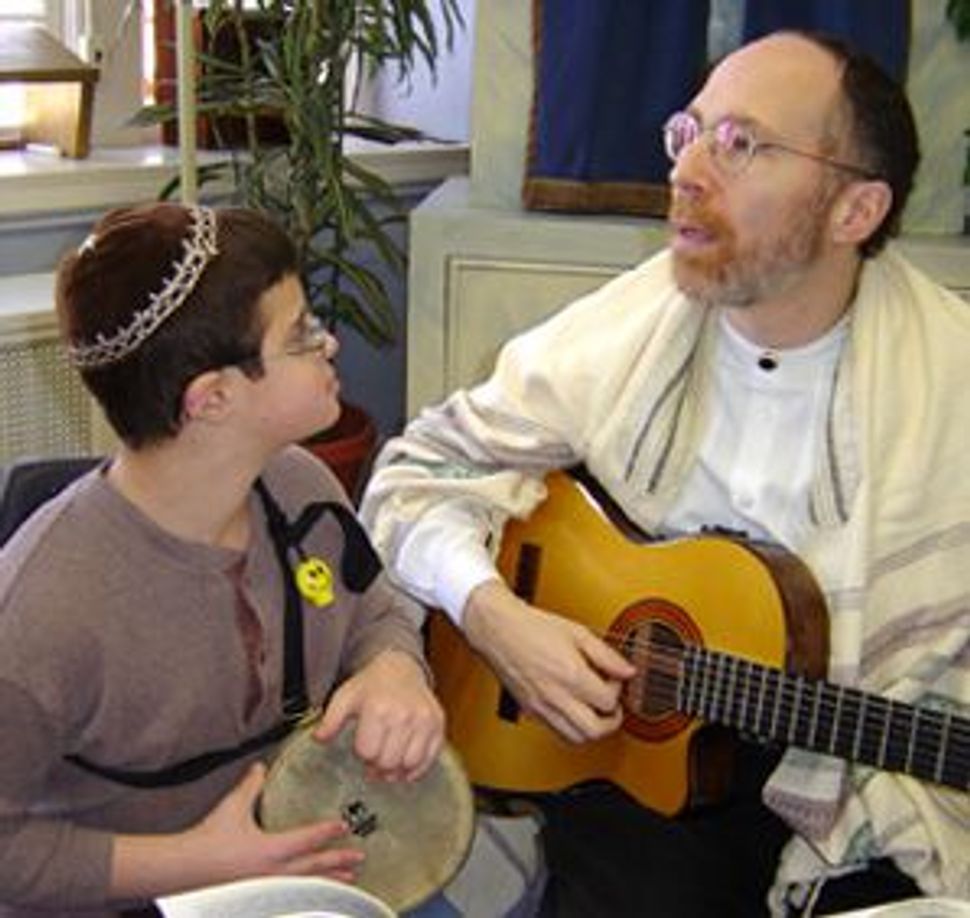 Singing Ability: Lior Liebling, a teenager with Down’s Syndrome, is the subject of a new film.

A new documentary about a Philadelphia boy with Down syndrome preparing for his bar mitzvah is at turns inspiring, heartbreaking and likely to spark some soul-searching in the Jewish community about the inclusion of disabled people in religious life. 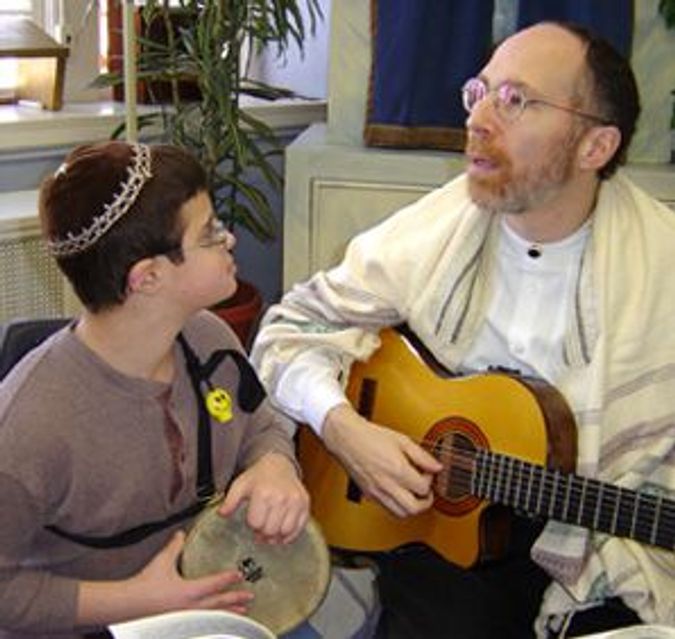 Singing Ability: Lior Liebling, a teenager with Down's Syndrome, is the subject of a new film.

“Praying With Lior,” which opens at Cinema Village in New York on February 1, received a standing ovation from a sellout crowd at the San Francisco Jewish Film Festival last summer. Its subject, Lior Liebling, was praised by Timothy Shriver, chairman of the Special Olympics, who wrote in a Washington Post op-ed piece that footage of the youngster reading from the Torah at his bar mitzvah made him weep. And at a panel discussion that followed a screening at the Jewish Museum in Manhattan earlier this month, one rabbi said he was convinced the documentary would have an impact on the inclusion of special-needs children in Jewish life.

“This film is thought-provoking enough that I think people will walk out of it and say ‘OK, now what can I do?’” said Rabbi Daniel Grossman, the spiritual leader of Adath Israel Congregation in Lawrenceville, N.J. Grossman’s synagogue is dedicated to the inclusion of people with a variety of disabilities.

The documentary, which was directed by Ilana Trachtman, is blessed with a telegenic subject who is also something of a ham, even though his speech is so unintelligible that it requires subtitles. Liebling, 13 at the time of filming, is the son of two Reconstructionist rabbis — his father, Mordecai, works for the Jewish Funds for Justice and his late mother, Devorah, who succumbed to cancer when Lior was 6, was a rabbi in Philadelphia.

Trachtman gets high marks for portraying the Liebling family and congregation warts and all. We learn that Lior’s younger sister views her brother as an embarrassment and resents the attention showered on him. And we hear Lior’s older sister express misgivings about her stepmother raising her biological mother’s children.

Despite his own affiliation with the Reconstructionist movement, Mordecai decides to send his high-functioning Down syndrome son to the Politz Hebrew Academy, Philadelphia’s frummest yeshiva. One of Lior’s classmates there observes in the film that “G-d makes every person with a different test in this world… with Down’s Syndrome, maybe He thinks that Lior can withstand this kind of test.” Trachtman marvels at the Orthodox school’s emphasis on acceptance and recognition of everyone’s contribution, no matter how imperfect.

“They were really taught that everybody was created in G-d’s image,” she said in an interview with the Forward.

Trachtman is already working on her next film, a documentary about competitive high school mariachi bands in the American southwest. But she was so moved by Lior’s story that she created a web site, a curriculum and an anthology focused on special needs kids and religious ritual.

“I was shocked by what a dirty little secret disability is in faith community, not just in the Jewish community,” Trachtman said. “There are tens of thousands of other Liors and we are missing out on them because they haven’t been invited or they’re not welcome or they’re afraid they may not be welcome. I really have become pretty strident about asking that we take a look at ourselves and say, “Who is missing?”

Lior is currently in 10th grade at a charter school in Philadelphia. After high school, he may attend a two-year college program for cognitively-challenged students and will likely be able to live in some sort of quasi-independent situation as an adult.

“I hope the Jewish community will find a way to use his skills as a prayer leader and as a spiritual inspiration,” Mordecai Liebling told the Forward.

But he is also anxious about the days ahead. He knows his son wants to date girls, get a driver’s license and as he declares in the film, “drink beer.”

“He’s up for some difficult times of recognizing what his limits are,” the rabbi says. “And he’s a kid who doesn’t think he has limits.”