The Day of the Shah’s Flight 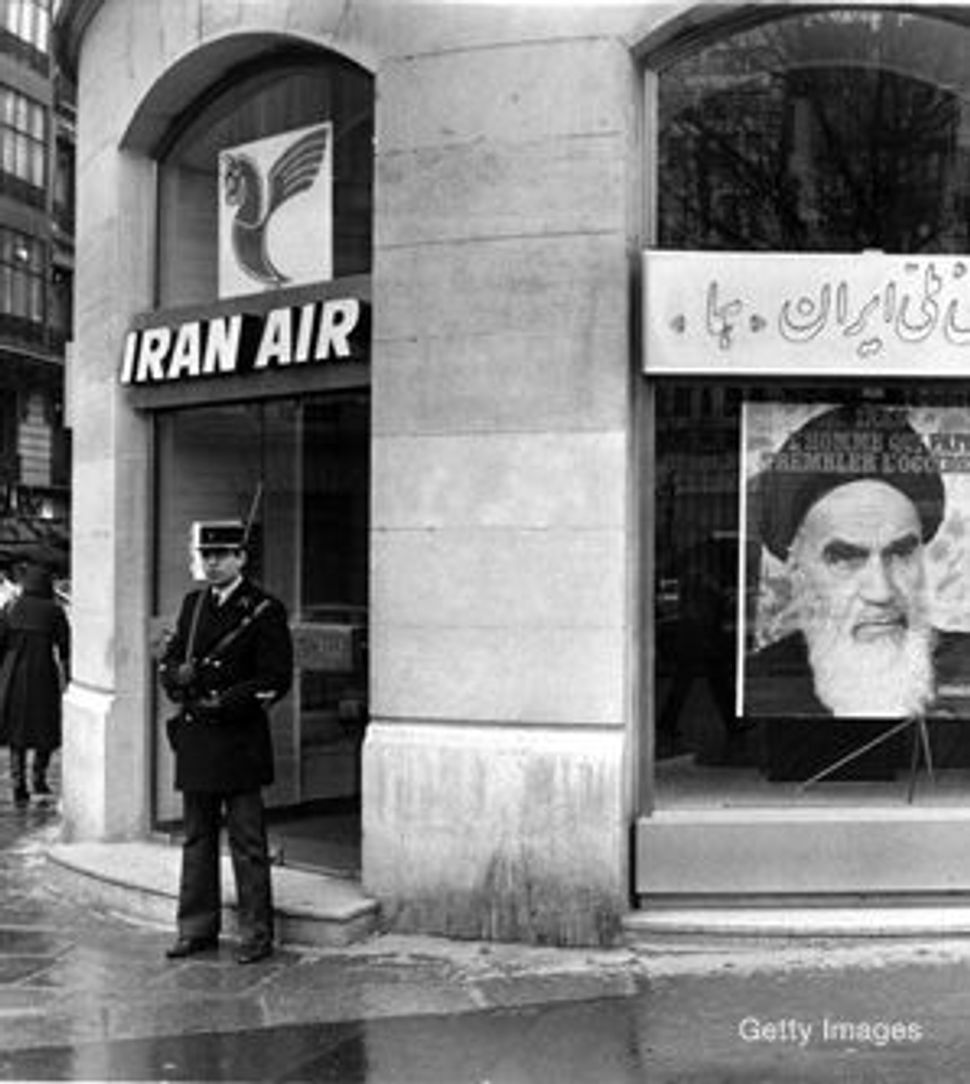 Twenty-nine years ago, on February 1, 1979, Ayatollah Ruhollah Khomeini landed in Tehran after a 25-year exile. Ten days later, he dissolved the monarchy and established the Islamic Republic of Iran, nearly four weeks after the Shah, Mohammad Reza Pahlavi, sick with lymphoma and unable to control his kingdom, had fled the country. 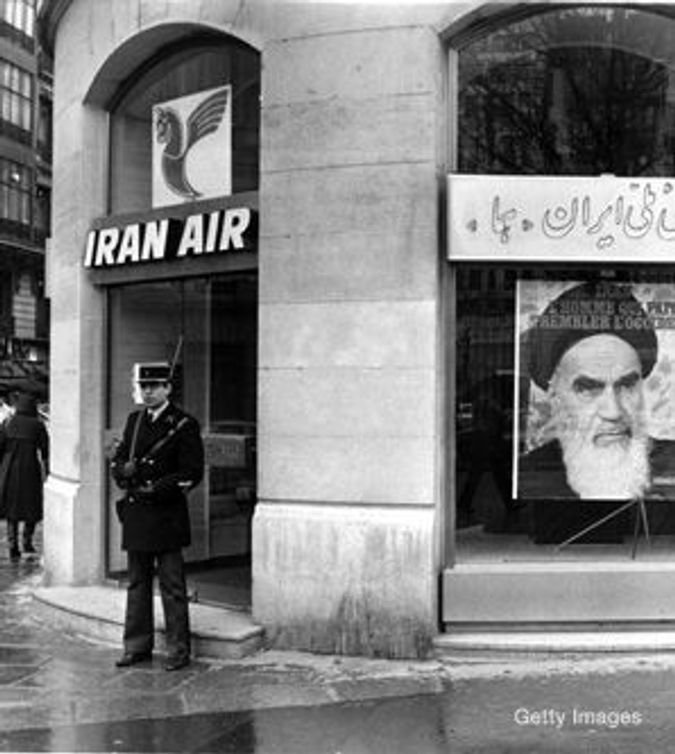 For months before Khomeini’s arrival, millions of Iranians demonstrated against the Shah. He had domineered Iran since the CIA’s 1953 coup that ousted the nation’s first democratically elected prime minister, Mohammad Mosaddeq. While the army, trying to impose order, killed thousands of demonstrators, and strikes of all kinds were crippling Iran’s economy, Khomeini consolidated power from his perch of exile in France. By November 1979, Iranian student militants took over the American Embassy in Tehran and kept its personnel hostage for 444 days. That event has marred American policy toward Iran for nearly three decades.

I lived in Shiraz, Iran, as a doctoral student in cultural anthropology from September 1978 until the day Khomeini arrived. I kept a journal then, in which I recorded conversations I’d had with Shirazi friends about the political situation, and maintained transcriptions of BBC’s coverage of Iranian national news. Most of my Iranian friends were religious minorities who feared Khomeini and an Islamic state. The Pahlavi regime had abrogated the centuries-old discriminatory laws against religious minorities (Armenians and other Christians, Bahais, Jews and Zoroastrians), which enabled them to participate in civil society, move out of ghettos, pursue university educations, and socialize with other ethnic and religious groups. Although the minorities dreaded that an Islamic state would reinstitute the restrictive laws against them, they did not hold monolithic views about the Shah. This was evident the day the Shah took flight, January 16, 1979.

Several hours before the Shah’s exodus became known, two of my Jewish friends discussed rumors of a coup d’état occurring that week. I, skeptical, asked one of my acquaintances, the American consul in Shiraz, his opinion.

“I don’t think there’ll be a coup for another nine to 12 months,” he predicted. “But if there is one, the United States won’t support it.”

Maybe they’ll instigate it, I thought at the time, as I sat across from him in the consulate.

After my conversation with the consul, I walked to the house of my close Jewish friends, the Hakeem family. Mrs. Hakeem, a 50-year-old mother of seven, opened the gate. Her eyes were swollen, her nose red.

“The… Shah… left,” she said, stammering. She wiped her eyes with a moist handkerchief. “I was listening to the 2:00 p.m. news. They announced that the Shah departed with the Empress Farah. He piloted a 727 by himself.” Mrs. Hakeem sat down and wept as if she were mourning the death of a close relative. “Our lives in Iran — after 2,600 years of being here as Jews — are finished.” She stood up, found another handkerchief and dabbed her eyes.

When I left Mrs. Hakeem for a meeting with Mehran, a Jewish sociologist employed at the university, I saw no one singing or dancing in the streets to mark the Shah’s departure. Drivers celebrated by honking their car horns while passing through the city.

Mehran was pacing in his salon when I arrived. “I’d rather have a coup than an Islamic state,” he muttered. “A coup would be better for the Jews.”

He sat down, poured us tea and then resumed his agitated treading. I did not want to argue with him regarding the shortsighted concept of a coup being “good for the Jews” when others would not benefit. I alternated between watching him and looking at the patterns on the Persian carpet. “There’s a meeting now at the Anjoman about Jews joining the demonstrations,” he said. The Anjoman was the social and cultural Jewish youth organization led by several educated professional young men: Mehran, the sociologist; Firooz, an elementary-school teacher; Sami, an American-educated engineer, and Moosa, a high-school English teacher. “The Muslims wonder why we haven’t participated in demonstrations. We have to join them,” Mehran said. “So tonight we’ll be talking about our strategies.” He examined his clenched fists, looked at me and then smiled. “The meeting’s secret.” “Don’t tell anyone. At most, 15 people will be there.”

The Anjoman building was in Mehran’s neighborhood Firooz opened the Anjoman gate just enough to peek out. “Shhhh….We have to be quiet,” he whispered as we entered. The building was dark, except for one ceiling light on the second floor, where two Hebrew classes were being held. In the Anjoman’s office, Firooz sat down and sighed: “It’s bad that the Shah left. A coup would be better for the Jews.”

He sounded like an echo of Mehran. I countered his contention: “Ninety-six percent of the Iranians are Muslims, and they deserve their freedom. The Jews can never be free until the others are.” My opinion reflected the Arbeter Ring ideology of my paternal grandparents and made no sense to the men of the Anjoman.

Firooz objected. “The people don’t think,” he said. “Maybe two out of 10 do, and the rest just follow what someone tells them. They say Khomeini now, and in a few months, if someone tells them to say Shah, they will say Shah.”

“But with the Shah, you had SAVAK,” I said. I hated the Shah’s secret police. “I have freedom to talk in the United States. People in Western Europe are free. But in Iran, SAVAK tortures people who express their own opinions.”

Moosa, the English teacher, sat down at the desk. “It’s bad that the Shah left,” he grumbled. “His leaving is Carter’s fault. Carter called for freedom in Iran, and Iranians don’t deserve freedom yet, because they are ignorant.”

Four stubbly bearded men whom I had never seen at the Anjoman entered the office. They resembled lower-class anti-Shah demonstrators by their style of dress: inexpensive, frayed pants; jackets with sleeves a few inches above their wrists; threadbare shirts; clashing colors, and mismatched patterns. The men — Jews from Firuzabad, a small city south of Shiraz — said that they had sacrificed a sheep the previous week to honor the leading ayatollah of Shiraz, who spoke in Firuzabad. Sacrificing sheep — the death of an animal for the life of a human; the letting of blood for the eating of meat — signifies respect for the person for whom the sacrifice is made. During Friday prayers at one of Shiraz’s main mosques, the ayatollah thanked the Firuzabad Jews for their sacrifice. The Jews’ sacrifice for the ayatollah was a clever stroke — a different kind of coup.

Sami, the engineer — the only Jew that afternoon to call the Shah a dictator — whispered to me his optimism about the future: “An article in today’s paper quoted Khomeini. He said that when the Islamic state is formed, Iran will sever ties with Israel, but the Jews of Iran will have more freedom under Islam than they have ever had before.” Everyone in the Anjoman’s office heard Sami’s statement, and at once a cacophony of male voices broke into expressions of fear about living as Jews under an Islamic regime.

My Jewish friends — all of whom are referred to here by pseudonyms to protect their identity — remained in Shiraz after Khomeini’s arrival. Various members of the Hakeem family came to the United States at different times and settled in either New York or California. Mehran arrived in the United States in the early 1980s, studied at a yeshiva and became an ultra-Orthodox, black-clad, Ashkenazic-looking rabbi. Firooz made aliyah to Jerusalem. Moosa was imprisoned for several years as an Israeli spy in Shiraz, where he still lives after having been freed. And Sami, who did not fear an Islamic state, lost his position as a manager at an engineering firm in Shiraz, because Jews no longer were permitted to supervise Muslims. He moved to California several years ago. Although almost half the Jews emigrated from Iran since 1979, Iran still has the largest Jewish community in the Middle East aside from Israel, with a population numbering more than 25,000.

I think of Iran, its people and culture, with fondness and concern. After September 11, 2001, thousands of Iranians held candlelight vigils in support of Americans. But Iran’s regime — which opposes Al Qaeda and the Taliban and favored the American invasion of Afghanistan and Iraq — is repressive, sinister and wicked toward its people. Its Holocaust-denying president, Mahmoud Ahmadinejad, is often at odds with Iran’s religious supreme leader, Ayatollah Khamenei, the ultimate head of government. In fact, before Ahmadinejad’s presidency and its consequent support of Hamas and Hezbollah, Iran had clandestine relations with Israel. And Iranian Muslims, to spite Ahmadinejad, have become interested in the history of the Holocaust.

Yet I can’t help but feel that Iran has become America’s scapegoat for the intractable Middle East. George W. Bush’s bellicose assertions January 9 that Iran is “a threat to world peace,” and January 13 that “Iran is today the world’s leading state sponsor of terrorism,” are trumped-up charges blaming Iran for the failures of American foreign policy in Iraq and Afghanistan. Bush’s claims about Iran being “the world’s leading state sponsor of terrorism” are dangerous and dishonest. Iran — unlike Pakistan — has no nuclear weapons, does not harbor the Taliban and Al Qaeda, and does not have anti-American madrassas sponsored by the Saudis. Iranians have never been suicide bombers.

Nearly three decades have passed since the day of the Shah’s flight and the establishment of the Islamic Republic of Iran by Ayatollah Khomeini. Now is the time for the United States to get over its humiliation from the 1979 hostage crisis and pursue diplomacy with Iran, not coups for regime change — for the sake of the Iranian religious minorities I met almost 30 years ago, for the Muslim majority in Iran and for us.

The Day of the Shah’s Flight