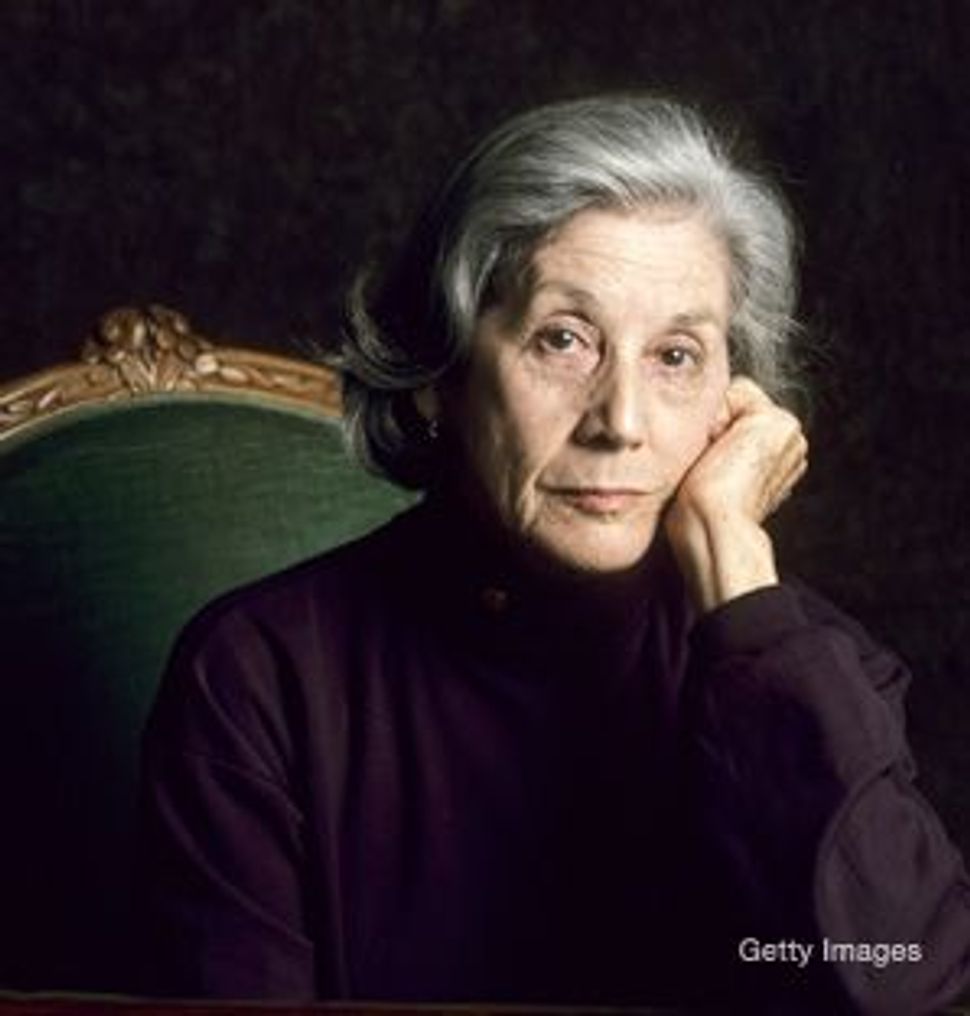 Beethoven Was One-Sixteenth Black: And Other Stories 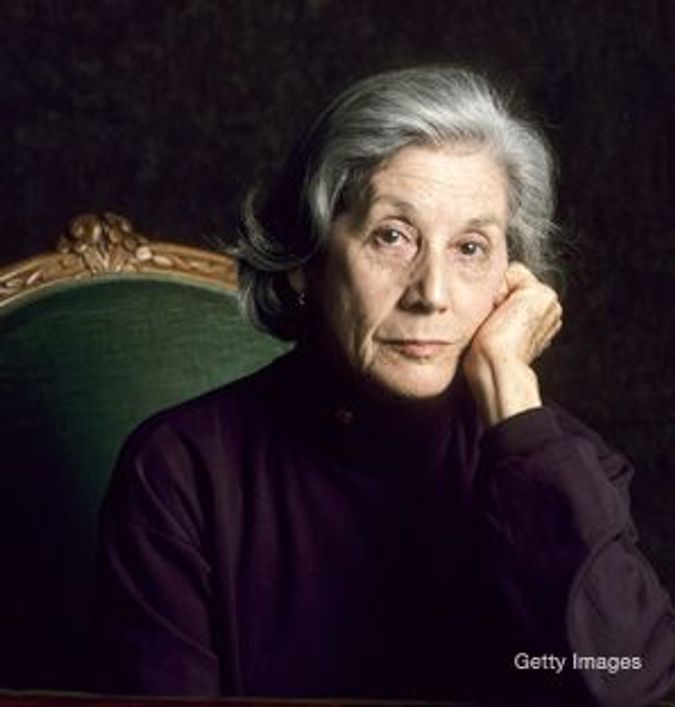 ‘Beethoven Was One-Sixteenth Black: And Other Stories” is the 11th collection of stories by Nadine Gordimer, and though it is not her best, it is better by leaps, bounds and all African distance than the work of most other storywriters today — male, female, black, white, Red or unread. Its unifying theme could be taken for mistrust: the mistrust of points of origin (the false determinant of race, and the confusions borne of miscegenation) and, oppositely, the mistrust of destinations, too, whether they be countries of immigrant arrival or the establishment lives of the middle- and upper-class married.

Gordimer, born in 1923, the daughter of immigrant Jews — anti-apartheid activist, critic of the neglect of Africa’s HIV-AIDS epidemic and 1991 Nobel Prize winner for literature — still lives in Johannesburg, where many of the se stories are set, amid its modern offices and high-rises, and the conversion neighborhoods of once-black shebeens. Foreign settings include a shuttering Provençal restaurant and an unnamed patient’s infested intestines. The narrator of the restaurant sketch is an African parrot, almost a century old, that repeats to those in the present the memories and endearments of customers past (“Ça ne va pas du tout,” it multilingually parrots), while the narrator of the gastrointestinal tract is a tapeworm: “I might have been ingested on a scrap of lettuce or in a delicacy of raw minced meat known as, I believe, Beefsteak Tartare.” The stories involving humans are far stranger.

Its title aside, the collection’s first story makes no reference to the oft-repeated assertion (or accusation?) that Ludwig van Beethoven, the foremost composer of the 19th century, might have been, through his mother’s ancestry, fractionally Moorish, which is to say, “black”; the musical genius’s biographers tell us that their subject’s swarthy complexion had earned him the appellation “Spagnol,” or, unflatteringly, “Spaniard.” Instead, Gordimer begins with the story of a university professor who seeks his black relations in a provincial South African diamond town centered on a mine known as “The Big Hole.” A prospecting great-grandfather, separated from his London wife, is suspected of having fathered children with the natives, and so engendering the narrator’s half-brethren or sisters however many times, and political prejudices, removed: “Once there were blacks, poor devils, wanting to claim white. Now there’s a white, poor devil, wanting to claim black. It’s the same secret.”

Other stories that succeed include “A Frivolous Woman,” about a German Jewish refugee’s fancy dress costumes, the sentimentally surviving relics of a bourgeois delusion, and “Gregor,” a fiction based on the fiction of another German Jew, Franz Kafka, following a cockroach that becomes stuck and dies inside the writer’s, presumably Gordimer’s, technologically superannuated typewriter: What remains of this harbinger pest is only “a pinch of dust. One segment of a black leg, hieroglyph to be decoded.”

“Safety Procedures” is about the perceived and real perils of air travel in an age of terrorism; “Mother Tongue” about a German (non-Jewish) woman who marries a South African man, moves with him to Johannesburg and finds herself unable to exist as any self she once knew in her new language (which is his native English, admixed with friends’ Afrikaans slang). In “Allesverloren” — the title is Dutch for “everything lost” and also the name brand of a South African wine — a widowed academic enplanes to the United Kingdom for a conference, but shocks herself by confronting (“nothing personal”) the famous press photographer with whom her dead husband had had a gay affair prior to their marriage: “I’m not bisexual, he had told her long ago, in the confessionals of their beginning. It has been the only time ever. It was some months but to me it’s the blank you had a day when you were young and had been drunk all night, your friends told you.” She gifts the photographer that bottle of duty-free wine upon her departure, concluding a conference of their own as dreary as London, but also as stolid: “You know the one you knew. Cannot know the other, any other. Allesverloren.”

The stories that fail do so when Gordimer abandons her usual, all-present essayisms for tale-telling, eschewing the reportage of her definite narrators for a dreaminess on one hand, or a technical effect on the other. “Dreaming of the Dead” foolishly imagines a paradisiacal, afterlife meeting among Gordimer, Edward Said, Susan Sontag and Anthony Sampson in a Chinese restaurant in New York City’s Soho neighborhood (Sampson, most likely the unknown entity to an American audience, was a British/South African writer and journalist and a biographer of Nelson Mandela). The story “Alternative Endings” is a finger-fussy divertissement’ that offers three tales of infidelity, each predicated, or found out, on a single sense.

In “The First Sense” two refugee Hungarians in Johannesburg go two different ways: the husband, a doctor of philosophy, to menial work with blacks in a grocery store, and the uneducated wife, eventually a successful real estate agent, to the lavishly sold homes of white clients, whose empty domestic receptacles the husband “sees” as manifestations of uxorial unhappiness, signs of an estrangement and impending divorce. “The Second Sense” follows a musical couple, the wife of whom “hears” her career failure as a flutist, and how her husband’s success as a cellist leads him to the bed of a colleague. “The Third Sense,” thanks to the intervention of a couple’s dog, “smells” out the scent of other women on the husband, carelessly un-showered after a tryst.

Gordimer is that rarest of things for a person, and even a modern woman, to be: what might be called “a radical individual,” not with the greediness of an Ayn Rand devotee but with the compassion of a failed Marxist, and one who has both loved and birthed children (Gordimer’s husband, the art dealer Reinhold Cassirer, died in 2001, after nearly 50 years of marriage). Her lives of both activism and literature can be defined only as revolts against definition — definition by the race one is born into, and by the significant other or spouse whose demands can exhaust both personality and love. Though Gordimer might seem not to trust most men, or most governments, either, because they are so often administered by men, her “alternative lifestyle” is not Sapphic widowhood, nor is it organized religion or the making of religion out of art. Rather, Gordimer lives as she writes, judging not by character but by action, ever-ready for change. This means that her politics will always be liberal, not extreme. This also means that though her stories might not be all of one opinion or style, underneath their skins they will be unerringly moral, and will therefore endure.