Do Islamic Leaders Mean What They Say? 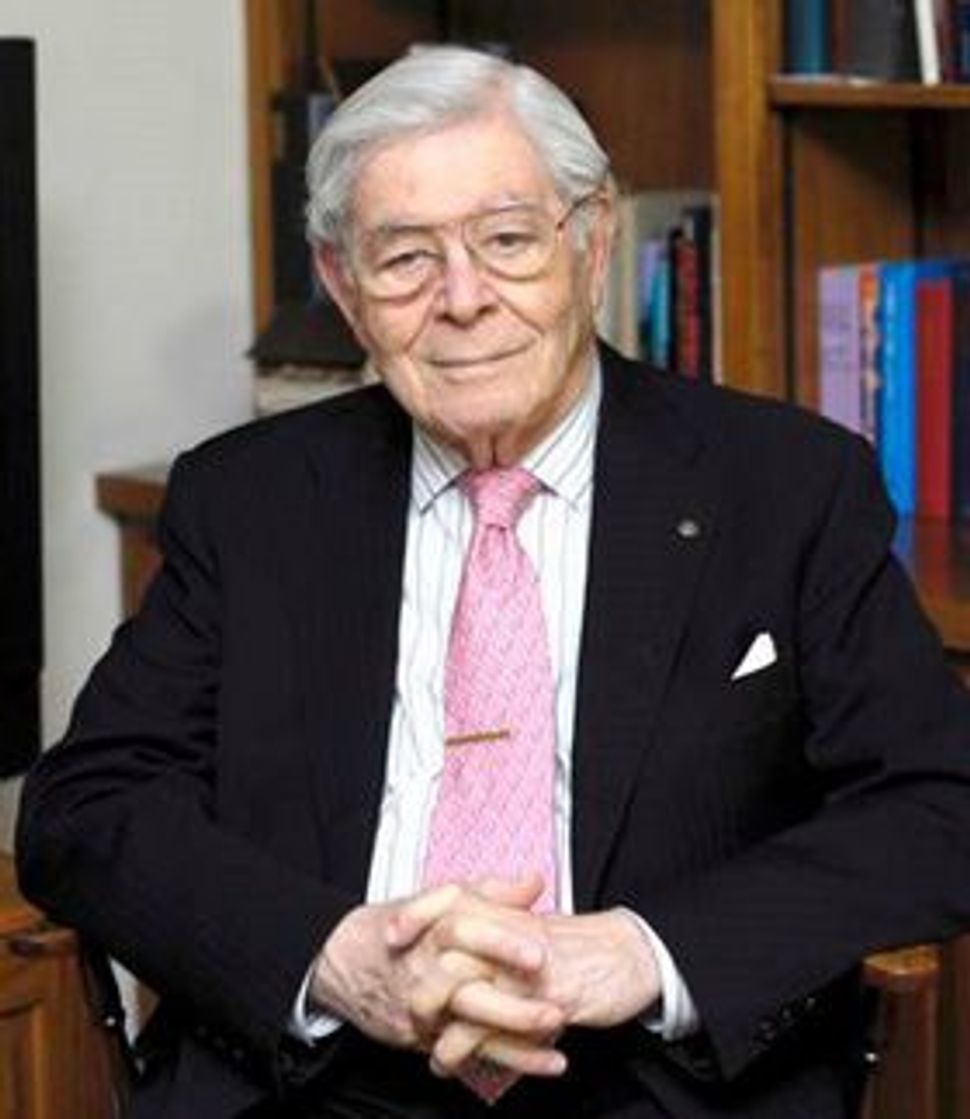 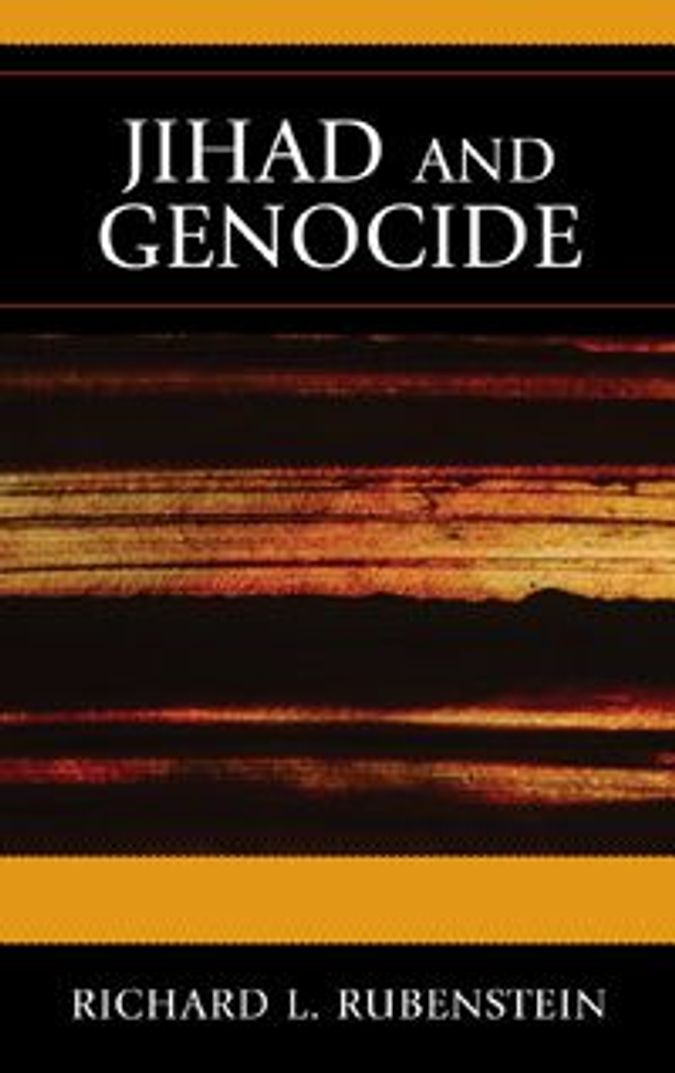 Richard L. Rubenstein, my doctoral advisor, first rose to prominence with his path-breaking 1966 book, “After Auschwitz: Radical Theology and Contemporary Judaism.” Improperly regarded as the Jewish contribution to the then fashionable “death of God debate,” it argued that no theology could speak to the Jewish condition unless it grappled with the twin realities of contemporary Jewish life: the Holocaust and the State of Israel. Rubenstein’s points were so valid that they forced a significant redirection of Jewish thought and set the theological agenda for most of the next three decades.

Rubenstein presumed that the Jewish people’s return to its own sovereign land would signify a turn away from the god of history to the world of nature. The historical nature of Jewish religious life would be de-emphasized, and the natural cycle of Jewish seasonal festivals would deepen. Jews had returned to the land because they had rejected the posture of waiting for God to act, and were willing to trust only what redemption they could achieve on their own.

His predictions did not come to fruition, as he would be the first to admit. The second edition, written a quarter-century later, understood the durability of religion and endurance of history as a category of Jewish faith and fate — but his analysis has stood the test of time. Thus, attention must be paid to Rubenstein’s new work, “Jihad and Genocide,” which offers a searing analysis of Islamic thought and bleak predictions of its impact.

A lifelong student of genocide, Rubenstein wrote “The Cunning of History: Mass Death and the American Future,” a slim but powerful volume arguing that the Holocaust was an expression in the extreme of what was common to the mainstream of Western civilization, reflecting significant demographic, political and economic trends, and suggesting that the eradication of surplus population would be one of the temptations of government. 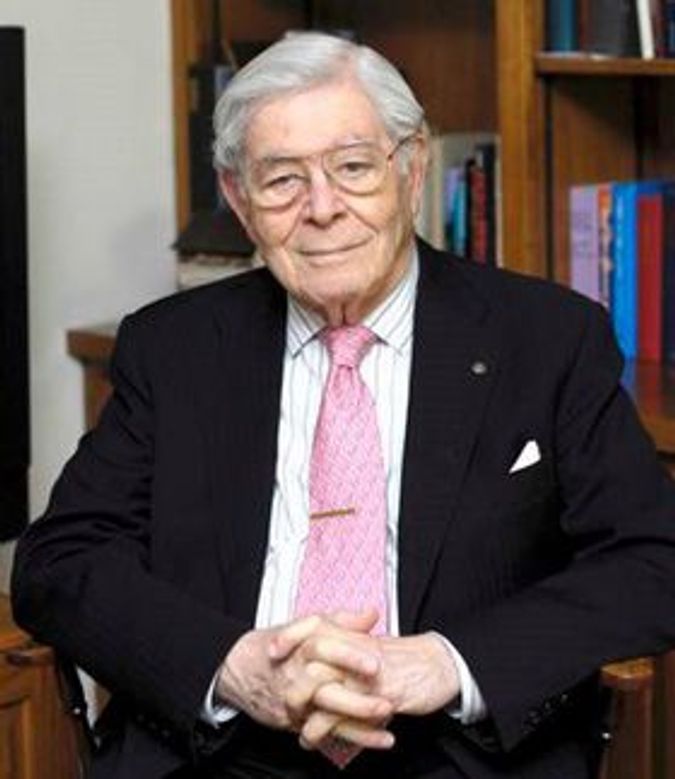 In the decades since then, the question that has dominated our political culture is, what is the responsibility of the productive to those who are no longer productive, not yet productive or unable to be productive? From Social Security to education, from health care to welfare, no other issue has been as central to the American political debate. It is no wonder that in the recent health care debate, the issue of Nazi medicine kept cropping up. The shadow issue is what to do with our superfluous population, defined as the sick, the poor, immigrants, and those who do not work and hence do not receive health care through their employers. Once again, even if history has not sustained his predictions, his questions have endured, and so, too, his analysis.

Now 86, Rubenstein has written yet another powerful and disturbing book, this time on the religious issues of Jihad and on those Islamists who openly call for genocide. Each chapter is more chilling than the last, and even those of us who do not share his pessimism, his sense of the inevitability of the path to genocide and war, or his predilection for the political right, must confront the issues he raises.

A student of religion and of the impact of religious thought on sociology, psychology and politics, Rubenstein spends the opening chapter analyzing the theology of Islam and the division between the dar-al-Islam (the house of submission) and the dar-al-Harb (the house of war).

He offers compelling evidence that significant and prominent Muslim thinkers mean what they say and say what they mean when they speak of world peace only following Islamic world conquest. The Jew and the Christian will have the status of dhimmis, subservient yet tolerated as long as they do not break from their subservience.

Anger at Israel is fueled by the fact that Jews have entered the domain of Islam and prevailed, which is an affront to Allah, not only to contemporary Arab political leadership. Rubenstein is reading immoderate interpretations of Islam, taking them seriously. One must caution that these are not the only readings of these texts, and not all religious leaders mean to apply them literally or immediately. Questions remain: Has the immoderate become the mainstream? Will other voices be silenced?

Rubenstein suggests that we look at the Armenian genocide of the early 20th century through the lens of religious massacres of Armenians, who were Christian, by Muslims in the last decade of the 19th century, for even the seemingly more secular slaughter during World War I was not without its religious dimension. He sees the religious dimensions of World War II and the 1990s Balkan slaughters.

His analysis of the role of the mufti of Jerusalem and his links to Nazism demonstrate that Hitler and the mufti had a commonality of purpose, but he is a serious scholar and insists that Hitler needed no inspiration from the mufti, that his own antisemitism was self-generated and that the mufti was — however useful — quite peripheral to the Nazis. Current political revisionists on the Jewish right who are grateful for Christian support of Israel seek to maximize the mufti’s role in the Holocaust and to minimize the responsibility of Christians. They do an injustice to history. Rubenstein will surely disappoint them. Objective readers will be persuaded.

Having spent much of his career analyzing superfluous population, Rubenstein is quick to note the shift in Western Europe from being a producer of superfluous population — with bodies to send out to settle in Africa and the Americas — to becoming a net importer of people. Even as Europe has imported Muslims to do the jobs its own people don’t want, it has failed to assimilate them.

The Muslims in France are thus outsiders, not French Muslims who have absorbed and now embrace French values. The Muslims in England are of such a number and so resistant to English values that England has become a hotbed of Muslim radicalism. From his experience, Rubenstein warns that we dare not avoid discussing and confronting the religious confrontation with Islam. It is not sufficient to say that Islam is a religion of peace, as American presidents have stated, and end the religious discussion there. Rubenstein views European behavior once again as appeasement; in the words of Yogi Berra, “déjà vu, all over again.”

To secular and even religiously moderate Israelis and their American supporters who see giving back land as essential for peace, and to the American policy planners who seek to facilitate such an exchange, Rubenstein offers a familiar caution: Religious antagonism eludes rational solutions, and no serious policy planners, however generous, can avoid confronting a religious antagonism that is opposed not only to an expansionist Israel, but to the Zionist enterprise ab initio.

The caution is familiar, but the rationale, perhaps, is not. Rubenstein is not a political thinker who touches on religious texts and reads them as political documents; he is a religious thinker, trained in reading religious texts, Christian and Islamic as well as Jewish. His analysis suggests that contemporary policy planners in the American war colleges and the Washington think tanks, in the White House, the State Department and the Pentagon, had better study religion to understand the contemporary world. The United States went into Iraq without understanding the differences between Sunni and Shi’ites; one advocate of war dismissed all such talk as “pop-sociology,” and it seems that few even considered how the invasion of Iraq would strengthen the hand of Iran. Many years ago, Stalin dismissed concern about the pope by asking, “How many troops does he have?” Today, when modernity has disappointed and displaced so many, few can dismiss radical imams by asking the same question.

Two final chapters only add to the bleakness of Rubenstein’s portrait. He goes through the scenarios for confronting a nuclear Iran, an American attack, an Israeli attack, sanctions, pressure and appeasement, and even contemplates the horrific: an Iranian nuclear attack on Israel or an Israeli nuclear attack on Iran.

He is a careful reader of intelligence and military information, cautious in his assessments. The doctrine of Mutual Assured Destruction allowed the world to avoid the use of nuclear bombs between the Soviet Union and the United States. The certainty of a second strike and of mass destruction should prevent such action but religious men who disparage this life and believe in the afterlife may just choose another course of action. Military planners must be aware of this possibility. It should keep Israelis and Americans up at night.

And finally, Rubenstein discusses the “Arab Street,” the rage and the humiliation that fuel the anger of the Arab populace. Shame is not necessarily settled by economic advancement — manifestations of rage are the fare of daily television not only in the Muslim world, but also throughout the United States. Globalization and modernization has its winners and losers.

Rubenstein’s final words come with the wisdom and worry of a man who has studied religion and violence for more than three score years:

Muslim ire has been aroused. At least among Islamists. It will not be calmed until the shame and the disgrace of Muslim defeats from the Battle of Lepanto (1571) to the Israeli War of Independence (1948) and the Six Day War (1967) have been erased. If we take the Islamists at their word, nothing less than genocide would suffice.

Would that it were not so! Would that he were wrong! In the past, Rubenstein’s predictions have not come to pass, though his questions have been fruitful. If new voices do not emerge, if extremism dominates, if repression succeeds, if containment fails, if an economic stake in the future does not lead to political and religious moderation, there is much to fear.

Michael Berenbaum is a professor of Jewish studies and the director of the Sigi Ziering Institute at the American Jewish University in Los Angeles.

Do Islamic Leaders Mean What They Say?