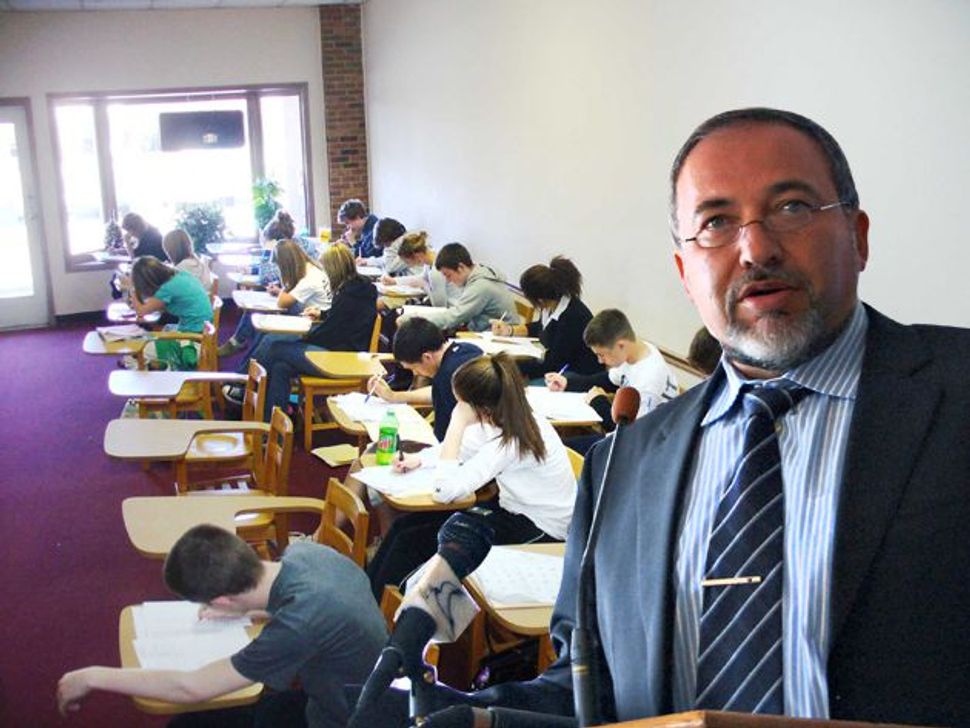 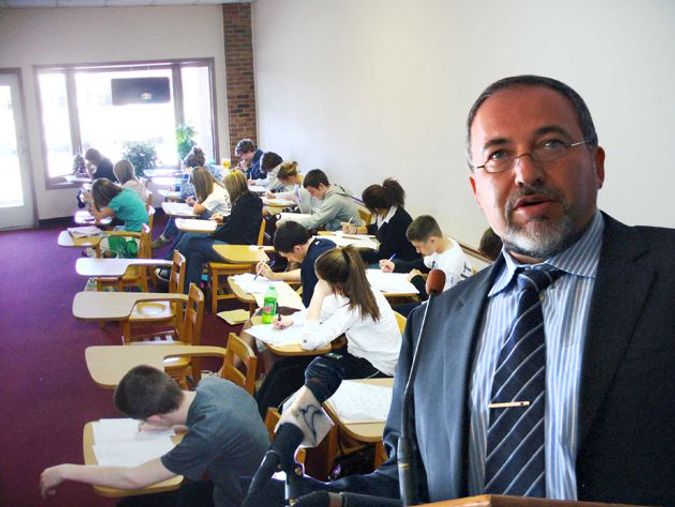 To limit diplomatic fallout from Foreign Minister Avigdor Lieberman’s inflammatory public comments, Israeli officials have begun staging a series of fake public appearances to fool Lieberman into believing that the outside world is listening to him. These events are totally closed affairs and are stocked with a mixture of Foreign Ministry staff and homeless people, all of whom are required to sign nondisclosure waivers about Lieberman’s comments. In this photograph, Lieberman addresses those he believes to be attendees at the 2010 Herzliya Conference and lays out his strategy for machine-gunning West Bank goats suspected of terrorist activity. In fact, the event was staged at a middle school in Kenosha, Wis.