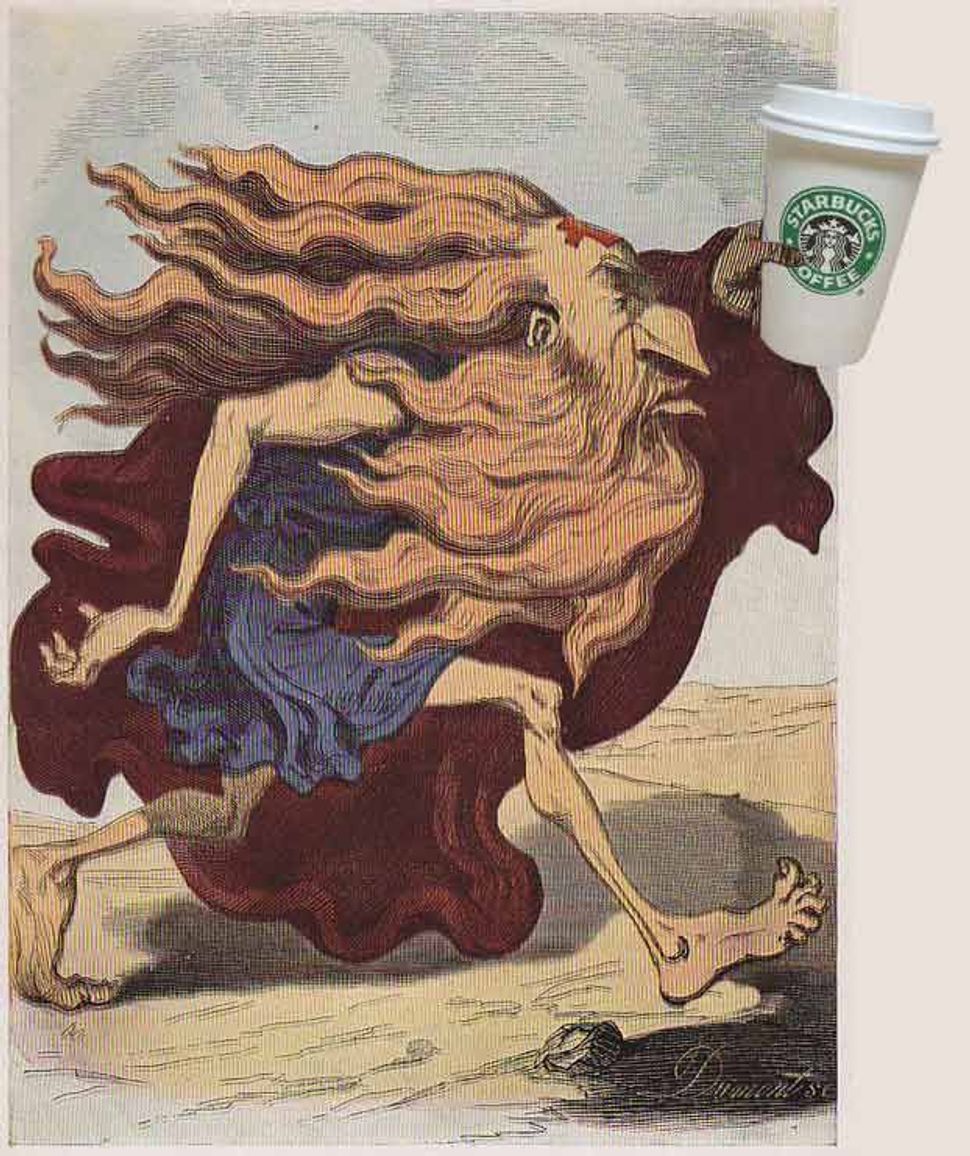 The eternally wandering Jew, long thought to be a legendary figure from Christian tales, recently arrived home safely, clutching a cup of Mochaccino.TM 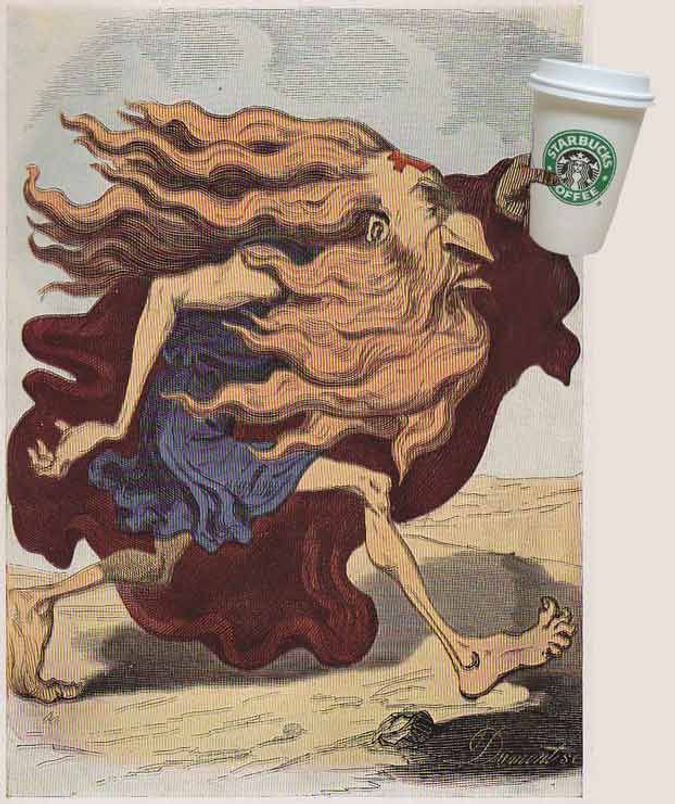 Melvin Cohen, a storied figure of antisemitic literature and art refused to say where he’d been until he’d had a nap. Upstairs, in his own room, thank you very much.

Cohen refused to comment on long-standing rumors that he is descended from Cain, who killed his brother Abel and was condemned to wander the earth for eternity. He did say, however, that “It’s about time they did something about the lousy signs in this township.”

Although his robes suggested remote Alpine hideouts, locals noted that the whipped cream on Cohen’s drink closely resembled the handiwork of that cute barista at the Menlo Park Starbucks.

The return of the Wandering Jew has thrown the zeitgeist into turmoil. The Weinstein Brothers are reportedly negotiating for the rights to the story, though Cohen’s only response to questions took the form of a threat to “roll up this newspaper and stick it up your Read More