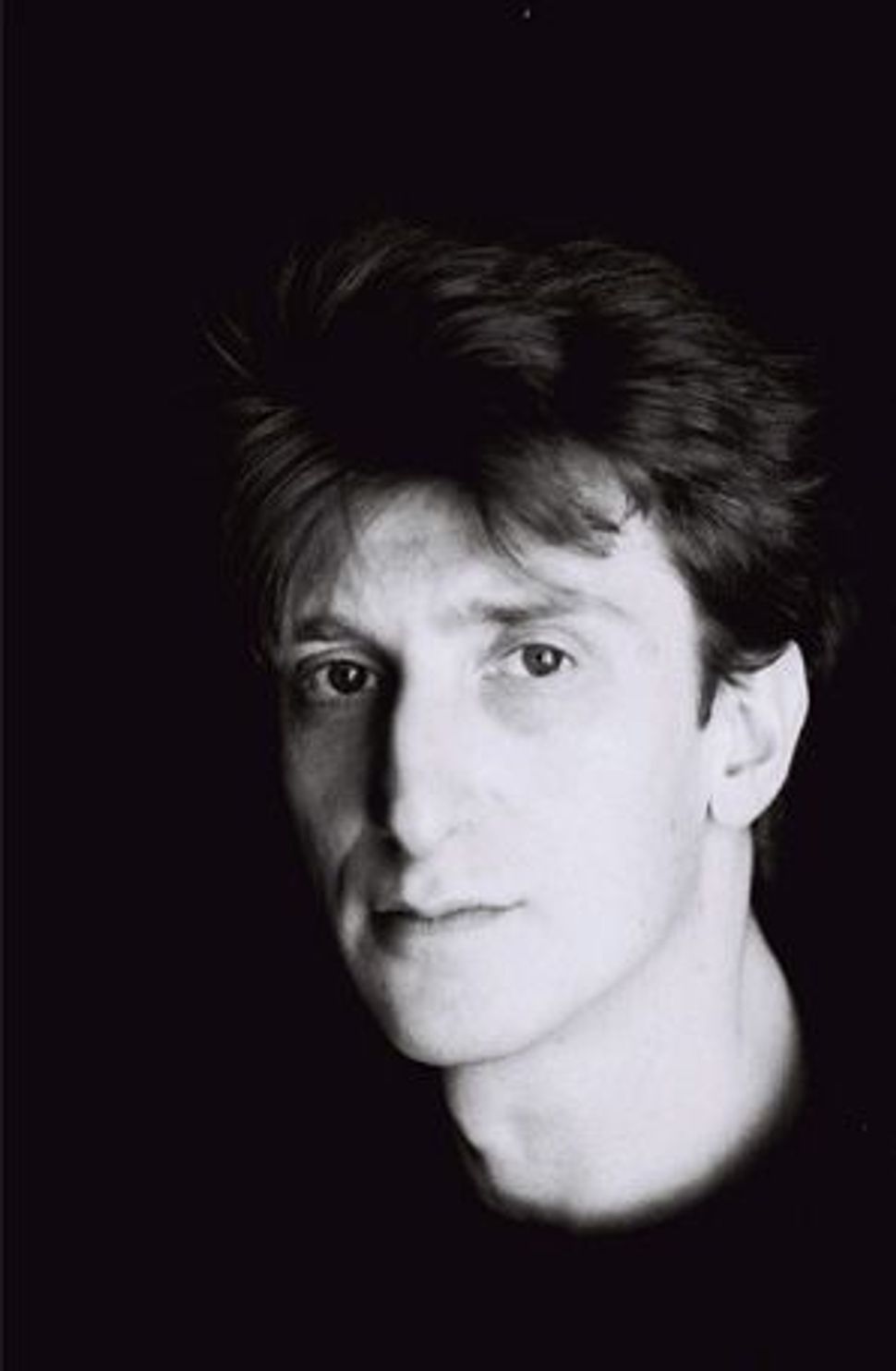 Aleksander Skidan has a talent that, like his nose, is poetically bent — left of center, pensively down-turned and seriously humorous. A poet and essayist by nature, and a translator by necessity, he is one of the foremost Russian writers of his turbulent generation. He was born in Leningrad in 1965 and lives in the same city, a city that since has been called Saint Petersburg and that he recalls as “Letherburg,” after the Lethe, Greek mythology’s infamous river of forgetfulness, which might be the next world’s reincarnation of the oblivious Neva. 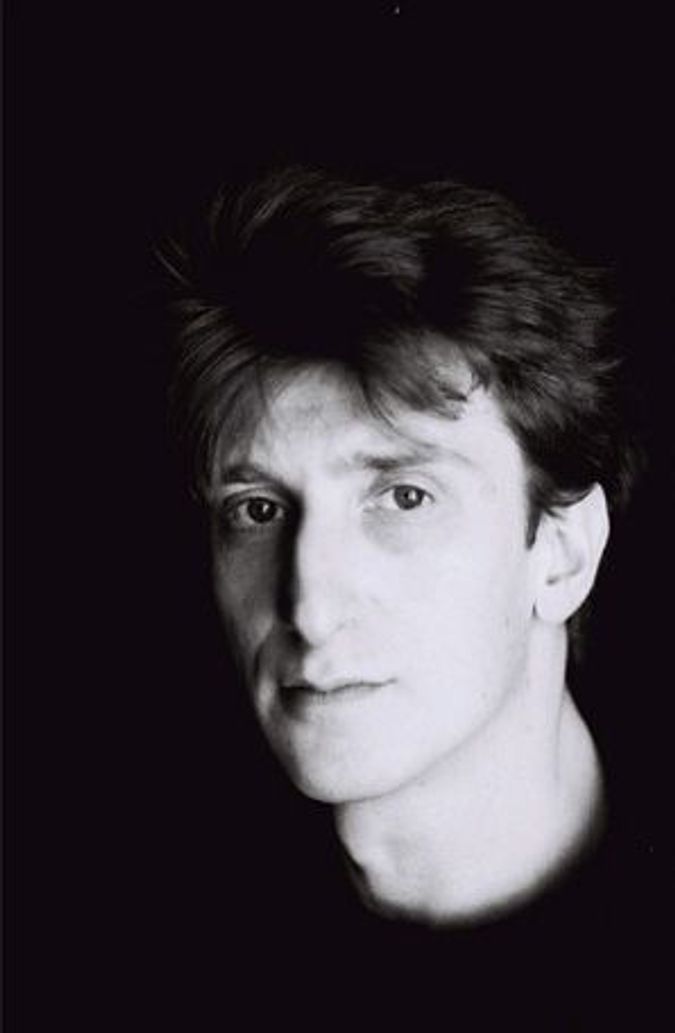 Skidan’s books include two previous poetry collections (“Delirium” and “In the Re-Reading”) and two books of essays (“Critical Mass” and “The Resistance to/of Poetry”). “Red Shifting,” his first book of either genre to be translated into English, which won the prestigious Andrei Bely Prize in 2006, will be published this month by Ugly Duckling Presse of Brooklyn, N.Y..

I met Skidan in the basement of his publisher’s workshop by the Gowanus Canal in Brooklyn, amid boxes of books, Macintosh computers and the profoundly obsolete machinery used to produce the beautiful editions of translated poetry for which this small press — or “presse” — has become deservedly known. In America to celebrate the release of “Red Shifting” — translated virtuosically by Genya Turovskaya, with the assistance of New York’s foremost “young Russian poet,” Eugene Ostashevsky, and others — Skidan was jet-lagged, drinking coffee, eating a bagel and smoking a brand of cigarette labeled in an alphabet I can’t read.

Joshua Cohen: “Red Shifting,” your title, refers to the phenomenon in physics in which reflected or emitted light becomes shifted toward the calmer, more metaphorically comfortable end of the electromagnetic spectrum — toward the color we call “red.” This phenomenon’s cause is nothing less, it’s said, than the expansion of the universe: “Redshift” increases in proportion to galaxies’ distance from Earth. But such a title also has political overtones, doesn’t it?

Aleksander Skidan: I’ve always liked it when different meanings can become concentrated in one very short expression, when two words such as my title can create a cloud of different meanings around them. Also, my father was a physicist; he taught physics, and so the title, the science aside, is an indirect reference to my personal background.

In recent years, in Russia we have witnessed the rare appearance of what might be called leftist grass-roots politics. I, for example, am a member of a working group called “What Is To Be Done?” [named after the Leninist political tract] — a group of artists, philosophers and social activists. We collaborate on many different artistic and social projects. But that is beside the point. In a few poems in this book, again in a very indirect way, and, of course, in my essays, I try and deal with such points of reference between poetry and politics, which intersections are or were especially important in Russia.

Cohen: Are you referring to your celebrated essay, “Poetry in the Age of Total Communication,” in which you write about mass media in the new Russia as only another form of Soviet-style ideological control?

Do you see your own poetry as a collaborating part of this “Total Communication,” or as its adversary?

Skidan: For me, poetry is a detachment from this kind of communication. Or else, I see it as a subversion of those modes of communication that are imposed by media power — a power that today doesn’t so much distribute media as it actually informs the mentality of the new generation, in such a way as to produce a new type of humanity. For me, this is a disastrous process — as it undermines any sense of solidarity, or intimacy, between people.

Cohen: Yours is a technique similar to Paul Celan’s in that the poetry is full of unidentified pronouns: Almost every poem has its anonymous “you”s, “she”s and “he”s. You have a line in the poem “Delirium” that says: “I no longer pronounces / ‘I.’” Who, if not Skidan, is speaking these poems? Who is hearing, or being addressed? Can you say a few words about narrative voice?

Skidan: From the early 1990s, itself a time of breaches, I began to question the idea of authorship; for me, this is an enormous question. I can tell you that I see myself as a person writing who consists of other voices, of an endless dialogue of voices inside me that, through writing, I try to make clear to the reader — to a reader that him or herself also has a multiplicity of voices within.

This inner and indirect dialogue — or polylogue — of voices is never rigid or stable; there is no rigid or stable “I” who writes, but instead a constant process of sharing, of addressing and hearing. The poems, then, are structured as to give the reader a sense of this unending polylogue. I don’t believe in the consistency of “I.”

Cohen: Each voice, then, seems to have a different relationship with aesthetics, with politics: One of your voices can regard mass culture or consumerism with envious humor, and another with disgust or mistrust. Do you see these voices of yours as different poetic or political identities? Or is there one central personality behind it all?

Skidan: To shift that question a little, we’re always using different types of discourse: literary-poetic, political and scientific discourses, everyday or street speech, and all of them are making their noise inside of us. I am trying in my poetry to be realistic about these discourses, the way in real life we make instant and unconscious transitions between them, between low slang and high literary allusions, for example. This is the mixed-up, intertwined nature of the postmodern world.

Cohen: Your poems seem to be evocations, or examples, of that new multiplicity, yes, but one identity in particular I want to discuss — that of Jewishness, or Judaism, and Zionism. Many of these poems mention or refer to Israel, and also allude to the Holocaust and to the fate of Jewry in the Soviet Union. What is the nature of your Jewishness, and how has it informed your aesthetics, your politics?

Skidan: You have already mentioned Celan, and I might also mention Edmond Jabès, and [Jacques] Derrida, who while not a Jewish thinker was a kabbalist in a way, being so attentive to the role, or the mysticism, of the letter. This tradition is very important to me, though I don’t define my identity as that of a Jewish poet (my mother is half-Jewish).

On a more metaphysical level, what Jewishness is for me is an experience of going astray, of being lost in the desert, and also the endless experience of finding a way, of finding a thread, to escape. The entire poem “Delirium” is dedicated to this experience of being lost, of being detached from the people. One part of the Jewish tradition is that there is a prophet, and a people, and then there’s a clash between them. In our secular world, this prophet’s role is that of the poet — to mediate between the collective and the individual, the subject.

Cohen: One of the other things that struck me as being yours from the Jewish tradition is your response to the visual: You’ve written about how the visual seems to have trumped what you call “linguistic competency,” and you’ve ruthlessly examined contemporary poetry as a phenomenon that might be — in words you quote from your contemporary, the critic Dmitry Golynko-Volfson — “unprofitable,” and “useless.” While this mistrust for the visual might be said to have deep Jewish roots, my question is less historical, and more immediate: Do you feel that the word has failed us today, or that we’ve failed the word? And isn’t that good for you? Is that freeing?

Skidan: Yes, I can say this. Is this good? Yes and no. It’s what in the Christian tradition is called kenosis — the idea that you should become very small, very unimportant and powerless; the idea that you should become a slave. I think in our capitalized world, this process of humiliation can seem part of a secret messianic purpose — which will someday give us again the full power of the Word.

Skidan is reading from his poetry and giving lectures throughout the country through February 15 (details available at www.uglyducklingpresse.org).