Named for a Rapist? 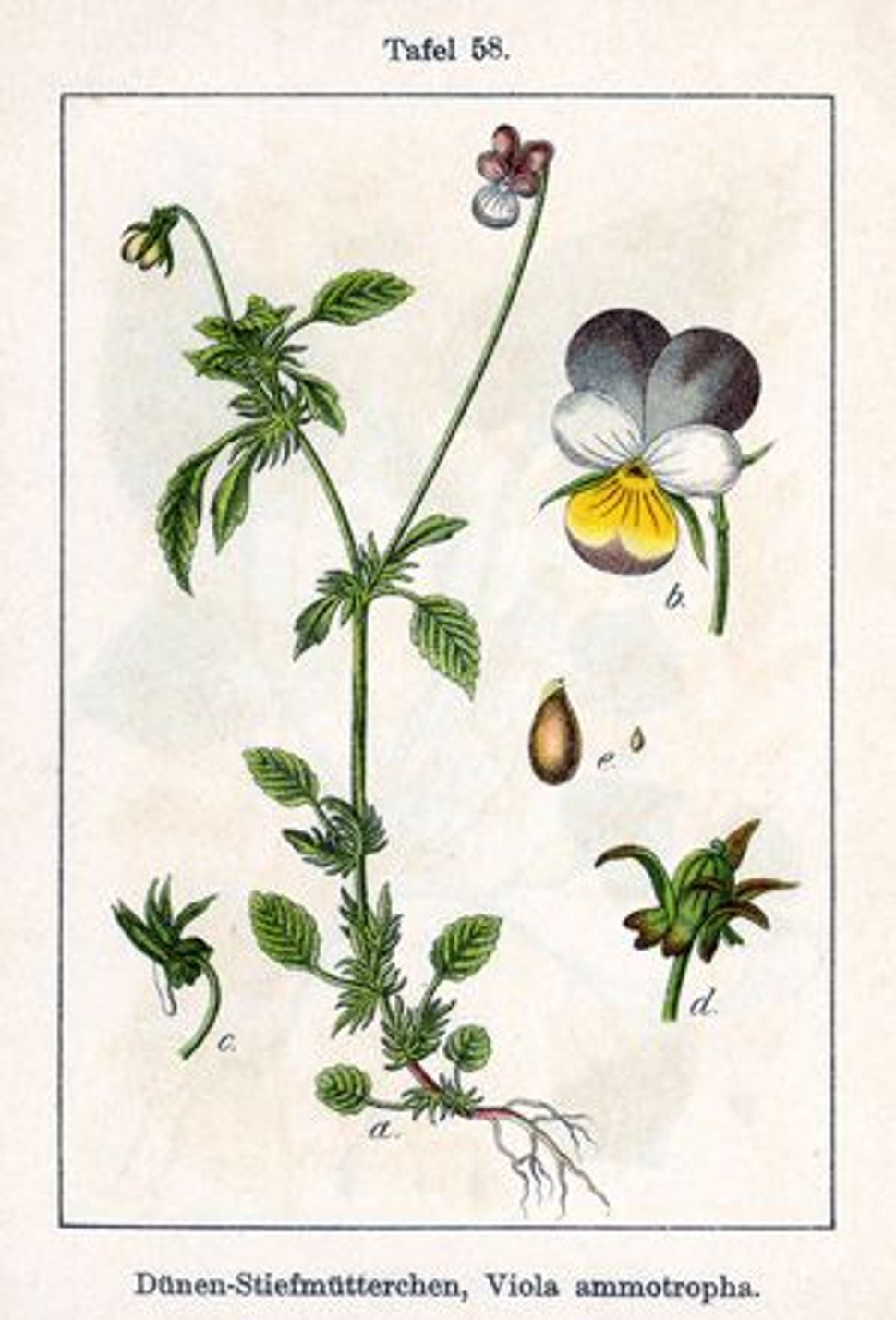 An e-mailer signing herself as only “Phyllis” asks, “Why is the flower that we call a pansy known as *amnon v’tamar *in Hebrew?” 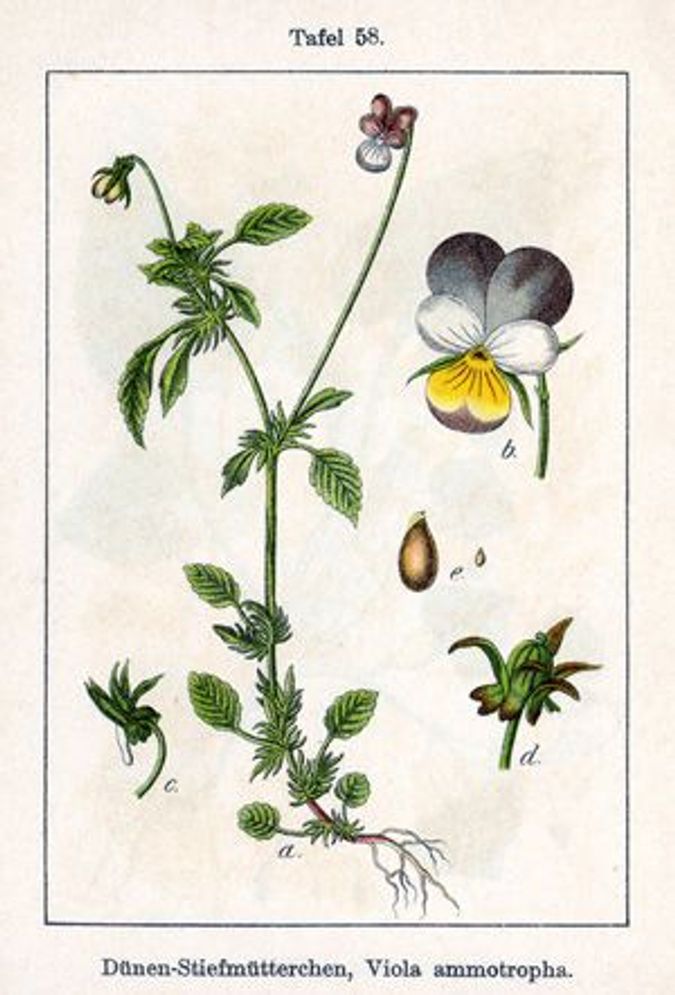 In the Bible, Amnon and Tamar are two names that go together. Chapter 13 of the second Book of Samuel relates how Amnon, a son of King David by one of David’s many wives, falls desperately in love with his half-sister Tamar, tries to seduce her by pretending to be sick and asking her to make his favorite pancakes and bring them to his bedside, and rapes her when she refuses to have sex with him. Tamar’s brother Absalom then kills Amnon in vengeance, leading to subsequent dramas that do not concern us here.

What all this has to do with pansies is not so simple. The flowers get their English name from French **pensée —* *that is, “thought” or “remembrance” — perhaps because they are said to resemble human faces and thus to remind us of those we love or have loved. This supposed resemblance also explains the pansy’s onetime colloquial English name of “three-faces-under-a-hood.” (It was also known in various parts of England as “heartsease,” “love-in-idleness” and “kiss-me-at-the-garden-gate.”)

I myself, I must say, see no faces at all when I look at pansies, which are — especially in their cultivated form — very beautiful garden flowers of the violet family. Yet “three-faces-under-a-hood” is a name that makes sense because the pansy has five petals, two rear ones rising above the three front ones, which are joined at their base. The “hood” and “faces” are often differently colored, the former being commonly blue or purple, the latter white or yellow with dark markings. In some varieties, the “faces,” too, come in two colors, giving the pansy its botanical name of **viola tricolor,* *“the three-colored violet.”

Although classical Hebrew has names for many flowers, nearly all are of wildflowers native to Palestine, which pansies are not. The pansy was thus nameless in Hebrew until the first decade of the 20th century, when the Russian-born Hebrew poet Sha’ul Tchernichovsky coined “Amnon-and-Tamar” for it. He did this in a poem that tells the story not of the biblical Amnon and Tamar, but of a similarly named Jewish brother and sister in medieval Poland who are separated at a young age when Ukrainian Tatars raid their village and take them captive. They are brought back to Ukraine and sold as slaves to different masters, and when they meet again as adults, they fall in love and marry, only to discover, to their dismay, that their relationship is incestuous. Distraught, they run away and wander in the wilderness until God, having pity on them, grants them an Ovidian metamorphosis:

And so Amnon was made a flower, Sky-blue the color of his petals, While Tamar’s were golden-yellow, Sheltering against his breast. Firmly in his arms he held her, Tight he hugged her, his own sister, While with all her love and longing She laid her head upon his chest. The pansy’s three “faces” are now a young woman clinging to her darker and taller brother. But what made Tchernichovsky change the biblical story into an Eastern European one? Although his fondness for pansies may have inclined him to substitute a tale of tragic and romantic love for one of cruel and abusive passion, this is not the main explanation. That, rather, is a Russian folktale to which Tchernichovsky gave a Hebrew form. One name for the pansy in Russian is *Ivan-da-Marya, *“Ivan-and-Maria” — a brother and sister, according to legend, who, taken from each other in childhood, later met, fell in love, married, found out the truth about themselves and were turned into a flower to allow them to remain together despite the forbidden nature of their relationship. Such pansy lore is not just Russian. Similar stories were common all over Eastern Europe. In Belarus, the pansy is known as *brat-sestra *(“brother-sister”) or *brat-y-syastroyu *(“brother-with-a-sister”); in Ukrainian, as *bratki, *“little brothers”; in Polish, as *bratek, *“little brother.” Russian ethnographer Valeria Kolosova has speculated that such tales come from the pansy’s association with the midsummer solstice festival of St. John’s Day (Ivan being the Russian form of John). Traditionally, St. John’s Eve was considered an occasion for sexual license (think of Shakespeare’s “A Midsummer Night’s Dream”), of which incest is the ultimate form. The pansy is also known in Russian as *Anyutini glazki, *“Anna’s eyes,” from which comes the Yiddish term for it, *Khanales eygelakh. *No doubt there is a folktale behind this, too, but I don’t know what it is. Perhaps Tshernichovsky didn’t, either. Thanks to him, in any case, *amnon v’tamar *is how you say “pansy” in Hebrew, even though few Israelis are acquainted with his poem, and most would, if asked, tell you that the flower gets its name from the story of Amnon and Tamar in the Bible.

Questions for Philologos can be sent to [email protected].

Named for a Rapist?