Letters From Permanent Exile in Argentina 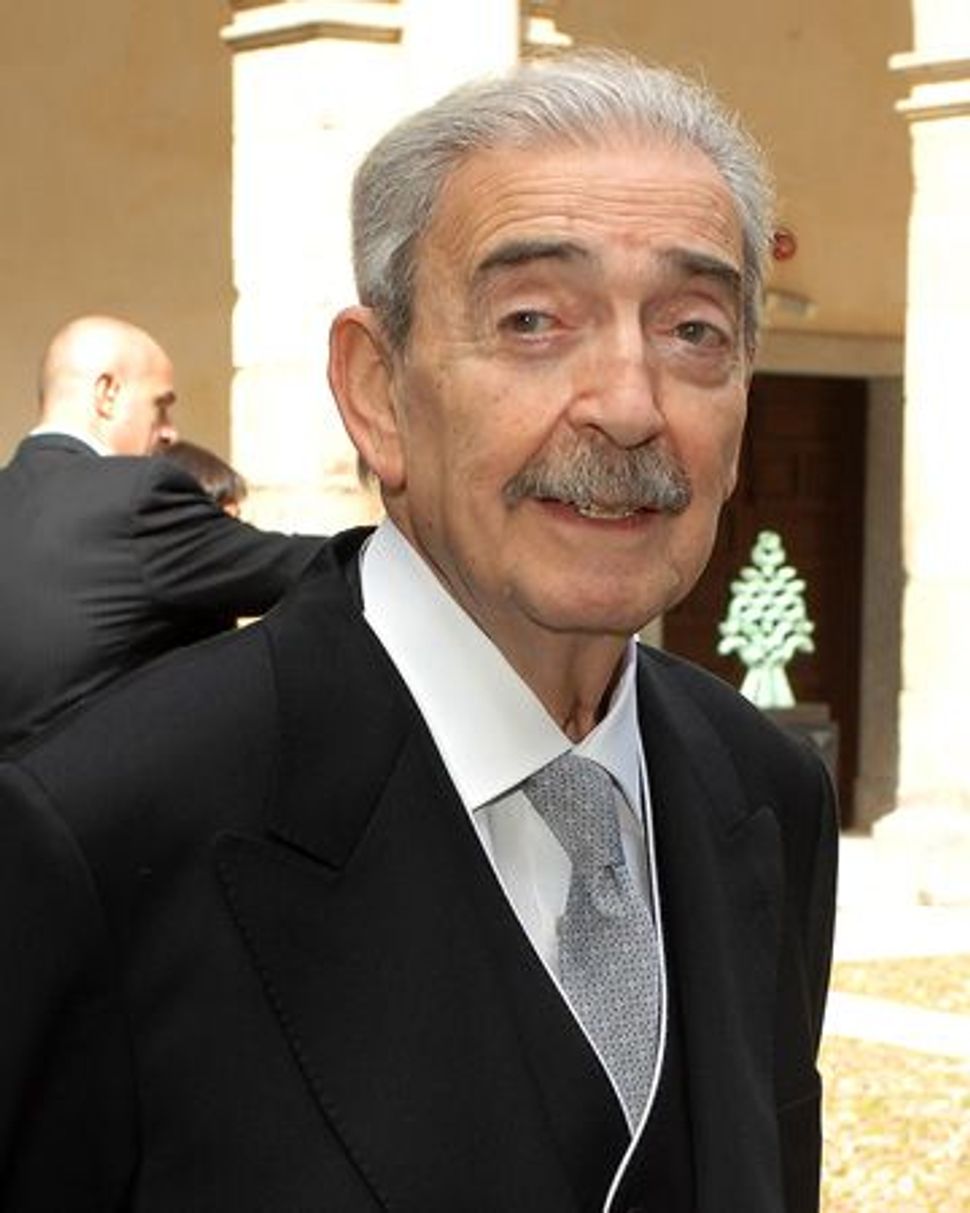 Tilting at the Wind: Juan Gelman accepts the 2007 Cervantes Award in April 2008. Image by GETTY IMAGES 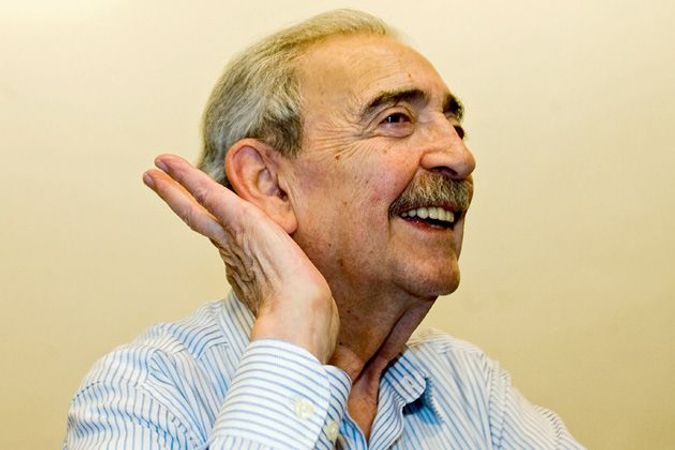 The Courage To Hear and Write: Juan Gelman considers the tragedies of the Argentine experiment, but not morosely. Image by GETTY IMAGES

The poetry of Juan Gelman bears urgent witness to the bankruptcy of Argentine morality. Rather than addressing abstract political questions, though, Gelman focuses on the small things: a handkerchief, a conversation on Carlos Gardel, the ways to remember a family moment. He thrives on exploring the quotidian aspects of life under tyranny. How do people go about their business? Where do they find happiness? On the surface, he appears pessimistic, but there’s a genuine feeling of hope that emerges from his verse. “What a great mystery,” Gelman states in a 1956 poem about the routine of looking at people being themselves, “to live treated like dirt/yet sing and laugh.” 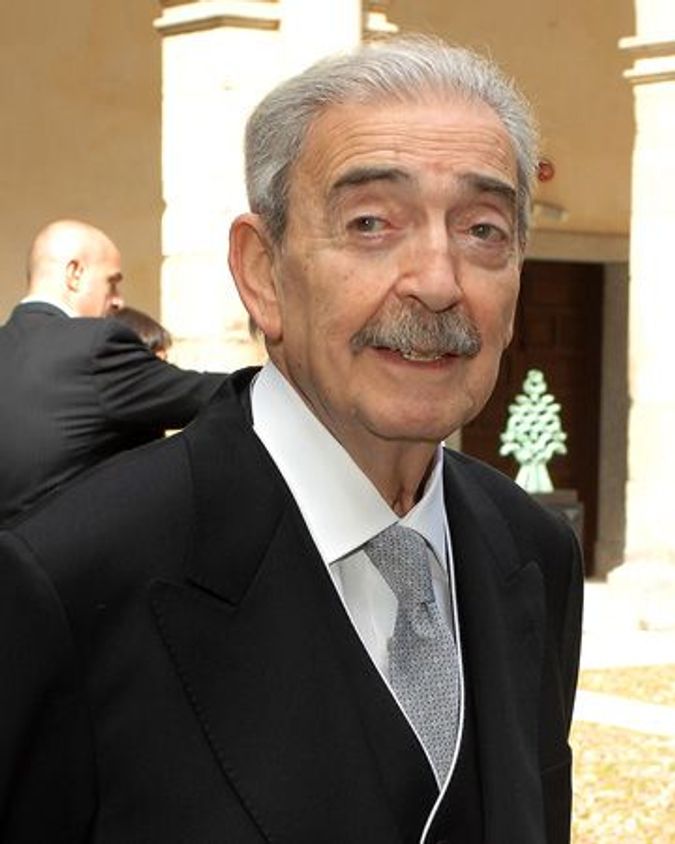 Tilting at the Wind: Juan Gelman accepts the 2007 Cervantes Award in April 2008. Image by GETTY IMAGES

He makes me think of the Jewish immigrants from the Pale of Settlement who came to Argentina seeking a Promised Land but rapidly found disillusionment. Gelman isn’t an immigrant, but his parents and siblings were born in Ukraine of martial stock. His father fought in the 1905 Russian Revolution. Growing disappointment with the promise of a new life in the New World is Gelman’s theme. It culminated in 1976, at the peak of the Dirty War, when police kidnapped his 20-year-old son, along with the son’s pregnant wife; they were never to be seen again. Theirs became two more names added to the long list of desaparecidos.

The percentage of Jews on that list is high, perhaps as a result of the socialist beliefs nurtured by the immigrant community. Gelman himself was forced into exile and lived in Mexico for more than a decade. Years after the disappearance of their son and daughter-in-law, Gelman and his wife managed to find their lost granddaughter. Like hundreds of other children of the dictatorship’s victims, she had been placed in the home of a well-to-do conservative family. While reuniting with his granddaughter didn’t cure Gelman’s wound, it offered a slice of redemption.

Gelman’s poems strikingly resemble letter writing. Indeed, one enters his universe with the conviction that the poet is writing epistolary notes to himself. Among my favorite books is “Dibaxu” (1994), Ladino for “under” (in Spanish, debajo). It is made of almost 30 sparse, haiku-like verses in Gelman’s own idiosyncratic Ladino, published opposite the poems rendered by him in Spanish. This isn’t a question of dual originals: Ladino comes first. As a Spanish speaker, Gelman, despite being Ashkenazi, feels deeply for the language of Sephardic Jews and for the Sephardic heritage in general. In another volume, “Com/positions” (1986), he rewrites the intellectual legacy of the Spanish Jewry, using such figures as Joseph Tsarfati, Judah Halevi and Isaac Luria.

“Dibaxu” captures Gelman’s central motif: the conviction that no matter who, where and with whom he is, the poet — and this poet, in particular — lives in permanent exile. The exile is not only in geographic terms, in a land that isn’t fully his, but also in the temporal sense, living in the wrong time, as well as verbally, writing in a language that is his by sheer accident. The syntax is crisp and lucid.

His exploration of mysticism, poetry and politics has prompted some literary critics to suggest that he owes much to César Vallejo, the Catholic poet from Peru who died in 1938 in Spain, during the Civil War. I find the comparison puzzling. Although Vallejo might be accessible, as is the case with his poems in “Spain, Take This Chalice From Me,” his language tends to be complex. And his religiosity is deep, contradictory and guilt-ridden. Gelman, in contrast, isn’t only an anarchist, he is also a nonbeliever (a Jewish nonbeliever, to boot). Intriguingly, he doesn’t appear to have inherited any guilt from his Jewish past. In books like “Gotán” (1962), “Cólera Buey” (1971) and “Anunciaciones” (1988), Gelman’s grammar doesn’t play tricks on the reader. The most he’ll do is use dashes (like prison walls) to break lines, and use lower-case letters to make language nonintrusive in delivering the poem’s message.

Gelman fits into the tradition of Latin American poetry through his relentless courage in speaking truth to power. Where did the Argentine experiment go wrong? How could it reach such levels of human depravity after it was generally seen as the most advanced cosmopolitan country in the Southern Hemisphere? Time and again, Gelman has pondered these questions, although he never answers them. He describes what he sees, and lets facts bear witness. In a 1980 poem about the prisoners’ loneliness, he described the protagonists as “dreaming they’re dreamed/quieted/they’ll never see other faces growing/leaning out/continued/in this sun/someday in the sun of justice.” And in his remarkable piece “The Art of Poetry,” dated 1961, he affirms: “I’ve never been the owner of my ashes, my poems,/obscure faces write them like firing bullets at death.”

Ilan Stavans is Lewis-Sebring Professor in Latin American and Latino Culture at Amherst College and a contributing editor to the Forward. The first volume of his biography, “Gabriel García Márquez: The Early Years” (Palgrave), was published in January.

Letters From Permanent Exile in Argentina